The first renderings are up for a new project at 27-07 43rd Avenue, in Long Island City’s Court Square neighborhood; the mixed-use building is being developed by LIC Place LLC — with Amir Hagani the name attached to the corporation — and Gene Kaufman is the architect of record.

The on-site image is black, white, and not exactly all-encompassing, but the rendered design looks significantly more promising than Kaufman’s typical work in Manhattan. 27-07 43rd Avenue’s form is going to be straight-forward and basic — two qualities Kaufman definitely excels at — and as long as the facade isn’t garish, the final product may actually result in a positive contribution to the surrounding neighborhood.

Permits indicate the development will span 57,173 square feet, with ground floor retail to be topped by 50 residences. Floors two through nine will have six apartments each, while the penthouse level will have two units, as well as a rooftop terrace.

27-07 43rd Avenue’s surrounds are currently booming; the number of projects rising in adjacent blocks is verging on prolific, and includes 42-12 28th Street, 41-21 24th Street, and 41-42 24th Street, to name a few. Court Square is quickly coalescing into a coherent neighborhood, and the surge of new residential development will transform the currently desolate street-scape into something vibrant, walkable, and attractive. 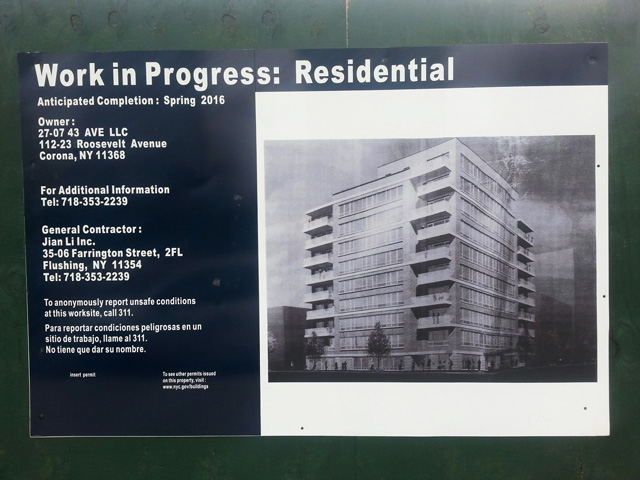 Old rendering for 27-07 43rd Avenue, which has apparently switched to hotel

With permits filed and renderings posted for Long Island City’s 27-07 43rd Avenue, in Court Square, progress appeared imminent. Excavation had even started, and the 9-story residential building — designed by Gene Kaufman — even had an expected completion date of spring 2016, per on-site signage.

But now, some drama has been added to the mix. Another new building permit was just filed for the same site, this time for a hotel project. The structure would rise the same number of floors, but instead of apartments, it would hold 108 hotel rooms spread across nearly 50,000 square feet of net commercial space. Flushing-based Michael Kang Architect, whose portfolio is mostly made up of projects in Chinese neighborhoods in eastern Queens, was behind the latest filing.

When reached by telephone, the developer – a different person than the one listed on the original residential building permit, filed back in 2005 – said that they were considering switching to a hotel, but no decision had been made. It’s possible that he was being coy, but the new application could also be a dummy permit, which would allow the builder to adhere to the current building code rather than the new one being rolled out soon.

The land was bought last year for $6.8 million – a significant premium over the 2006 purchase price, when it traded for $3.1 million, and an indicator of the real estate market’s revival in Long Island City.

If the developer (Prakash Patel, doing business as 27-07 43rd Ave. LLC) is indeed going with a hotel rather than an apartment building, he wouldn’t be the only one in Long Island City to opt for commercial construction over residential when given the option. On Wednesday, YIMBY wrote about a project at 28-27 Thomson Avenue, overlooking Sunnyside Yard, where a hotel builder purchased land that was zoned for pretty much any use – residential, commercial or industrial. 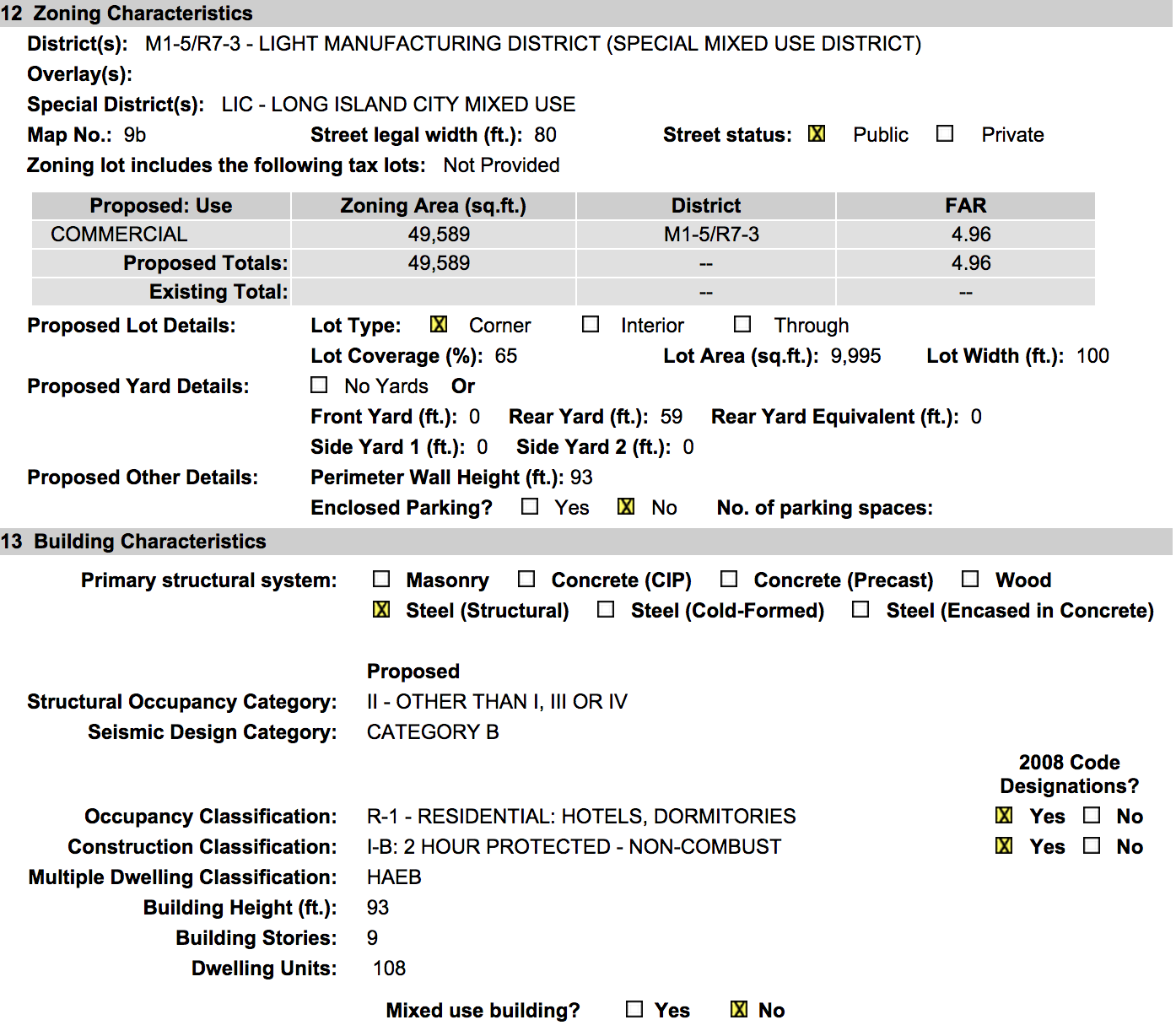 I believe this is the project.

Building with the now blank wall on the left.

2/4
Facade netting is down