A dramatic new glass office tower is being planned for Park Avenue, The Post has learned. The 50-story skyscraper, designed by Skidmore Ownings Merrill, would be built by Max Capital on and around …

This site has long been rumored for a replacement supertall. It has an enormous footprint, favorable zoning and direct connections to Grand Central.

It will happen, one day. Hopefully sooner rather than later.

I’d basically try and recreate the Union Carbide building there. Replace an ugly, meaningless building built in 1985 with a striking recreation of a badly-needed, currently-missing mid-century modernist landmark. With the Roosevelt, Grand Hyatt and a few more prewar buildings gone, that should justify taking out at least one of the 1980s filler buildings.

Just a rough idea of what could go there. Nothing special, but it certainly raises the bar and reclaims what we lost with the Union Carbide Building being demolished. Puts pressure on the 1980’s filler buildings, and takes it off of the prewar, terminal city buildings that are still there. 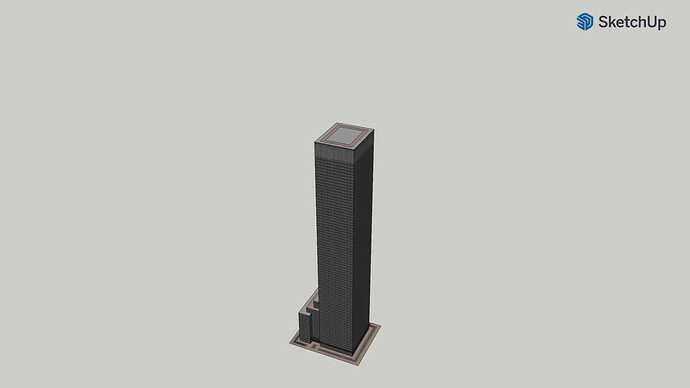 Readdressed from 237 Park Avenue, this new, modernist building will be a fresh structure that hearkens back to the 1960's era of New York City International-Style architecture.

Reviving but this should be a prime site right? It already had massive air rights and I assume through the rezoning it got more. Plus being directly connected with GC is a huge boost. (A connection I imagine will be massively upgraded should a redevelopment occur)

I saw this concept on Insta

I believe this would be the site that’s on. Would be awesome to see something like this go up there, though I know this is just a random concept

As it pertains to your previous comment (I apologize that no one replied) but yes, this is a good site for a fairly tall/large building. It has a slightly smaller lot area than 175 Park Avenue’s and is zoned for a FAR of 23.

But I’m not quite sure this one has underground/grade access to Grand Central, no maps show any connections to this building, only to the neighboring Helmsley Building. Because of this there wouldn’t be any possibility to use transit improvement bonuses. But it does have 220,000 million sqft of air rights from it’s neighbor which it still retained as RXR Realty owns this and the Helmsley Building. From this it would have a total of about 1.5 million sqft of developable space.

Nice. I would hope this one gets more sqft though.

But I’m not quite sure this one has underground/grade access to Grand Central, no maps show any connections to this building, only to the neighboring Helmsley Building

Could one be made? Maybe a deal between the MTA, City and the developer to make that, with benefits towards sqft, air rights, etc, etc?

I would have to check but I’m not currently aware of anymore towers adjacent to it that have any air rights to give or that RXR Realty is prepared to buy atm. But that’s not to say that a sizeable tower couldnt still go up here as it would end up being slightly larger than One Vanderbilt in terms of floor area and general size of the massing.

I’m not sure if I’ve ever heard of that being done for a development, though I’m sure it’s possible. But it wouldnt really make sense to do that in this situation as the tunnels forming Grand Central north are for the passenger trains at Grand Central, not necessarily a subway station, which is typically what the transit improvements would be used for. And all connections/entrances to Grand Central Madison/LIRR are on the western side of Park Ave/Vanderbilt Ave.