Major headway is occurring on the next phase of the Fordham Lincoln Center redevelopment, as work continues on Glenwood’s new tower at 175 West 60th Street. Given that foundations have now been poured, verticality should be imminent; the architect of record is The Stephen B. Jacobs Group, and the firm has released the first full reveal of the project.

175 West 60th Street will eventually stand 48 stories and 533 feet tall, with 256 units in total. The building will be slightly shorter than its neighbor at 160 West 62nd Street,but it will still be visually prominent on the Upper West Side’s relatively short skyline; the new Fordham-adjacent cluster will add significant density to the immediate vicinity, which has long been under-utilized.

The lower stretch of Amsterdam Avenue has long been neglected; recently, Gale Brewer killed plans to re-develop two dilapidated schools in the neighborhood — one of which is across the street from 175 West 60th Street — which would have been replaced with new and modern facilities at the base of residential towers. Nevertheless, progress is still occurring, however piecemeal.

In terms of square footage, permits indicate the vast bulk of the tower — which measures 289,908 square feet — will be dedicated to the residential portion, with the ground-floor retail confined to 664 square feet. That translates into an average unit size of slightly over 1,100 square feet.

Per the on-site signage, completion of 175 West 60th Street is expected in the spring of 2016.

The last we checked in on 175 West 60th Street, at the end of March, the foundation had just been poured, but the tower had yet to go vertical. In the five months since then, the tower has reached its seventh story, and construction is now progressing more rapidly.

The building on the corner of 60th Street and 10th Avenue is a residential project by Glenwood Management. Despite being rentals, the apartments will be quite luxurious – the building has 289,244 square feet of net residential floorspace divided over just 256 units, yielding an average unit size of over 1,100 square feet. The project includes a prominent and welcoming base and no off-street parking, mercifully avoiding another street-deadening garage on a block that can feel like a rear alleyway for buildings fronting on the more prominent 59th Street.

The site is part of Fordham University’s Lincoln Square campus redevelopment, although the apartments will be unaffiliated with the school. It’s a sister project to another larger Glenwood Management rental building, at 160 West 62nd Street, also designed by the Stephen B. Jacobs Group. The market-rate rentals should add some diversity to the neighborhood, making it feel slightly less institutional and more like an integral part of the Manhattan fabric.

When it tops out, which it should some time next year, 175 West 60th will reach a height of 48 stories and 533 feet, further filling in the skyline on the lower part of the Upper West Side. 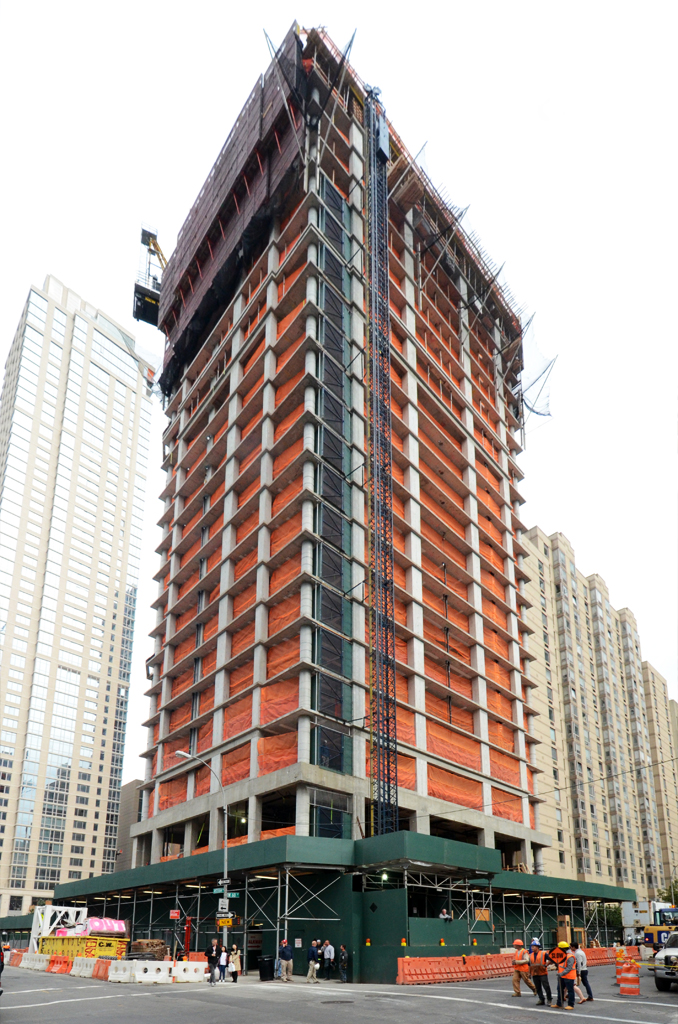 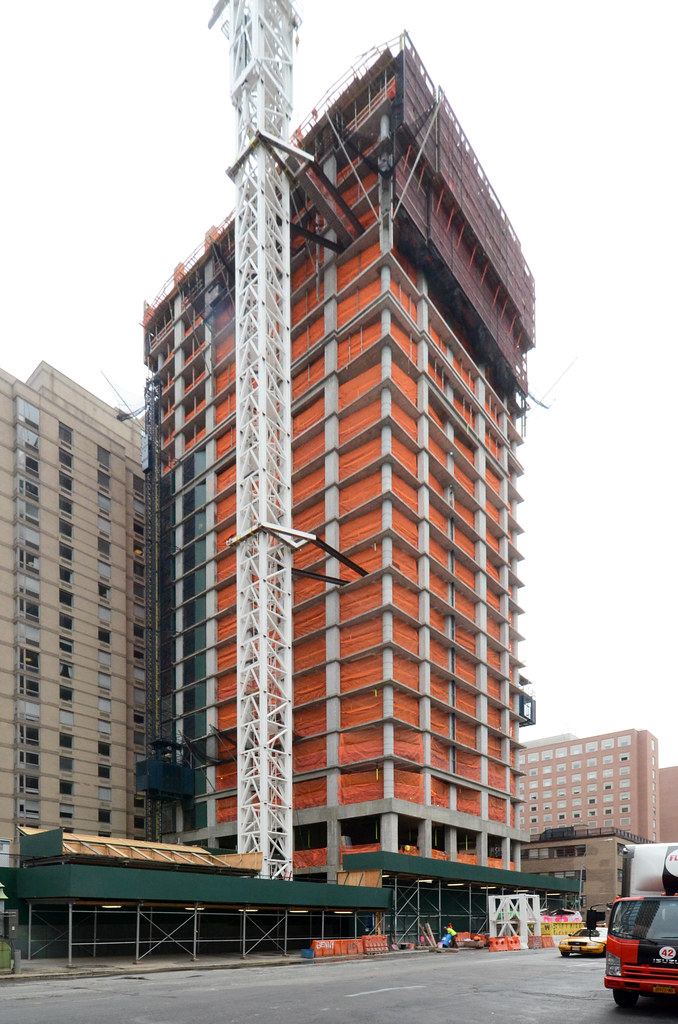 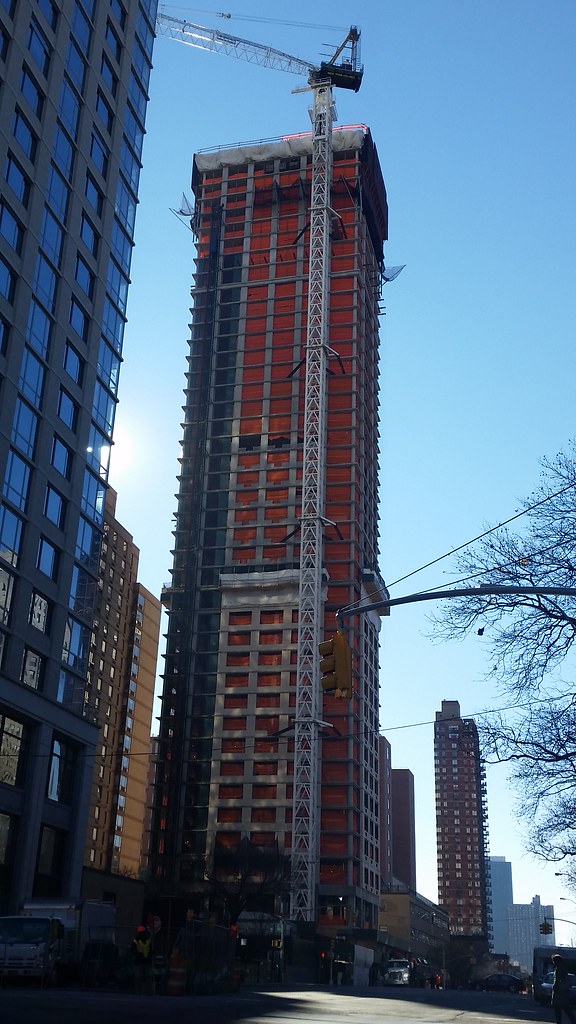