New renderings are up for the multi-component Greenwich Lane development, which will consist of five buildings and five townhomes. The site is located between West 11th and West 12th Streets off of Seventh Avenue, and is the former location of St. Vincent’s Hospital, which was recently demolished. Construction is also making significant progress, and foundation work for the largest of the complex’ buildings — at 155 West Eleventh Street — is now beginning.

The Greenwich Lane will keep the facades of several of the site’s former occupants, which is evident in the latest construction photos; the old buildings along West 12th Street have been reduced to exteriors and supports, with the insides completely gutted. As concrete begins to be poured, the overall form of the project will become much more cohesive, eliminating the visual disconnect left in the absence of St. Vincent’s.

All aspects of The Greenwich Lane will look contextual, though the new-build portions will be ‘glassier’ than the restored components. Still, the entirety of the development will blend into its surroundings, and incorporating masonry into the new buildings will ensure a timeless look, while also proving FXFowle’s versatility; the firm is also responsible for 35 XV — located just a few blocks to the northeast — and while the two projects look incredibly different, both designs are top-notch.

With 200 units in total, sales at The Greenwich Lane have already been swift; Curbed reported that 87 out of 200 units had already gone into contract as of last December, and 50% had been sold by February at an average price of $3,500 per square foot. Completion of the development is expected by 2016. 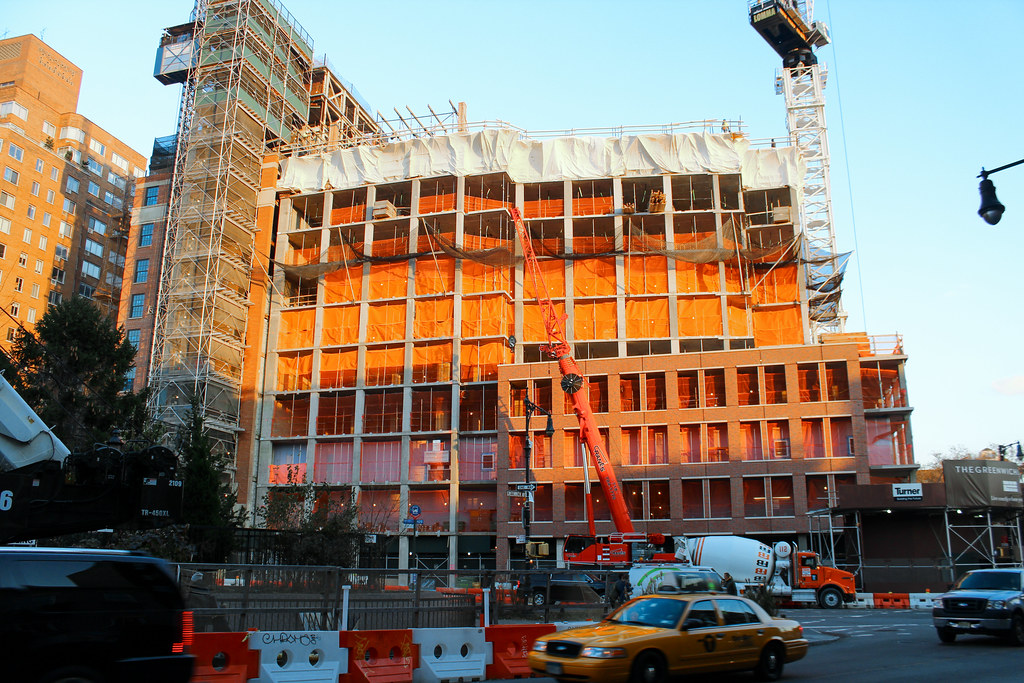 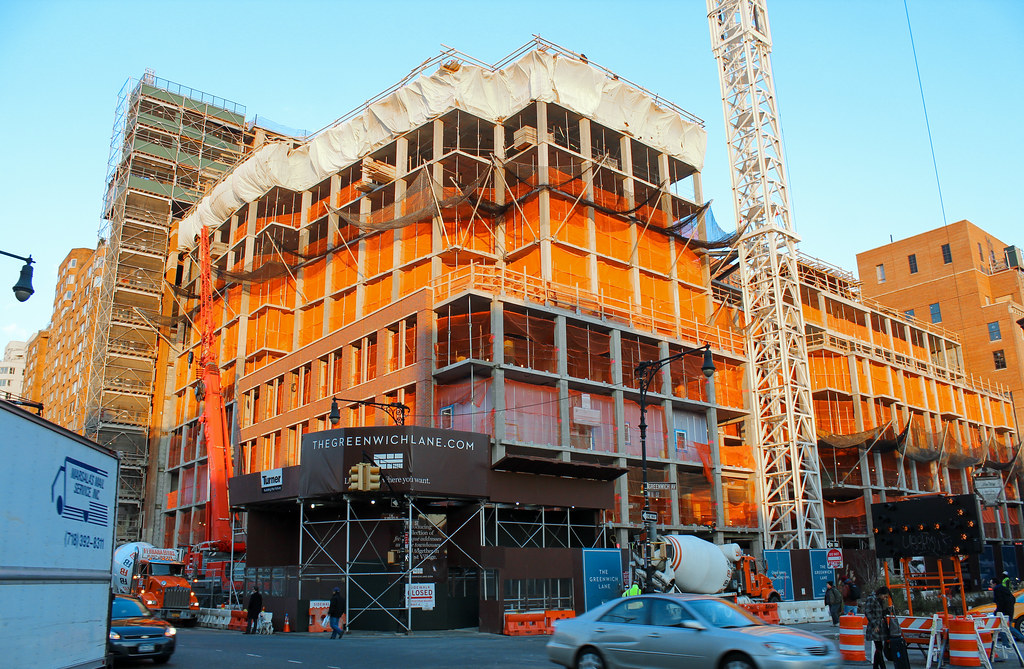 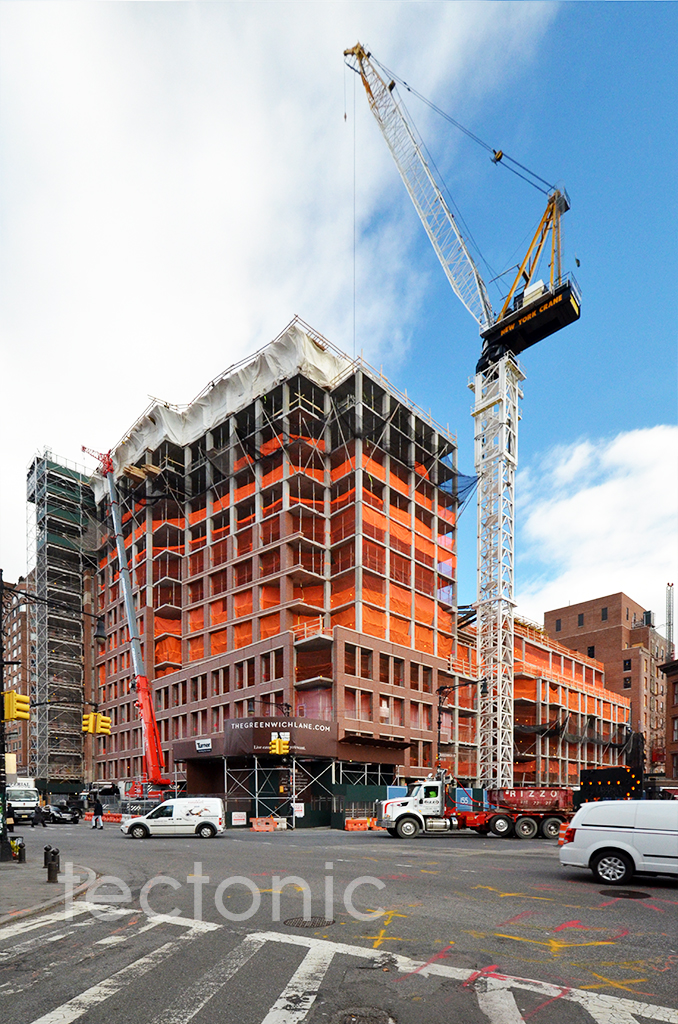 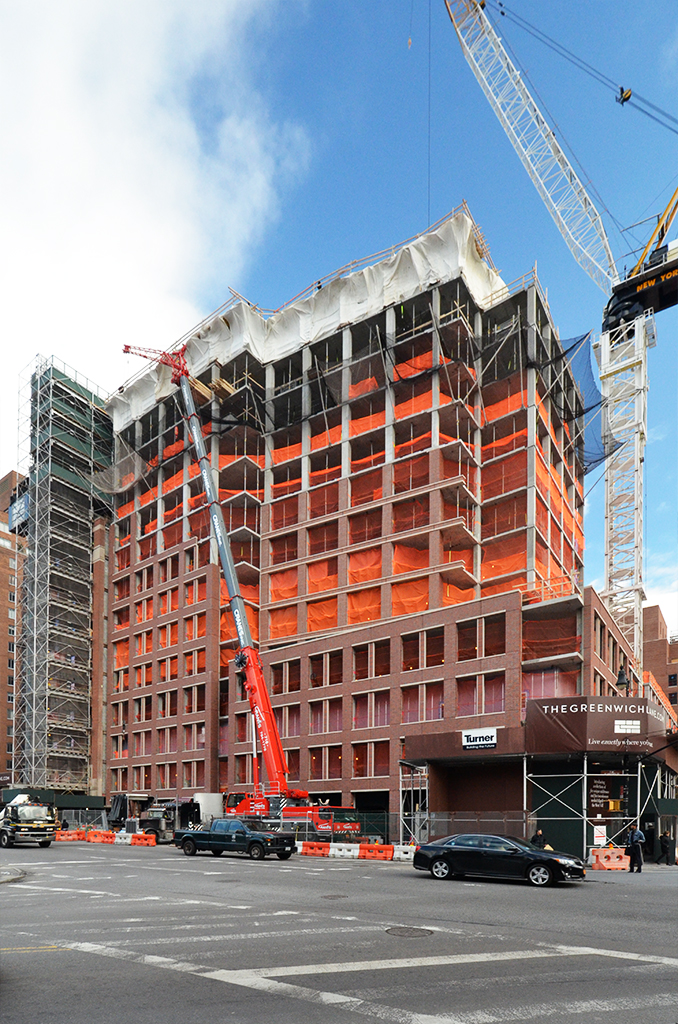 This turned out beautifully.

This one is complete although the retail is still vacant on 7th ave. 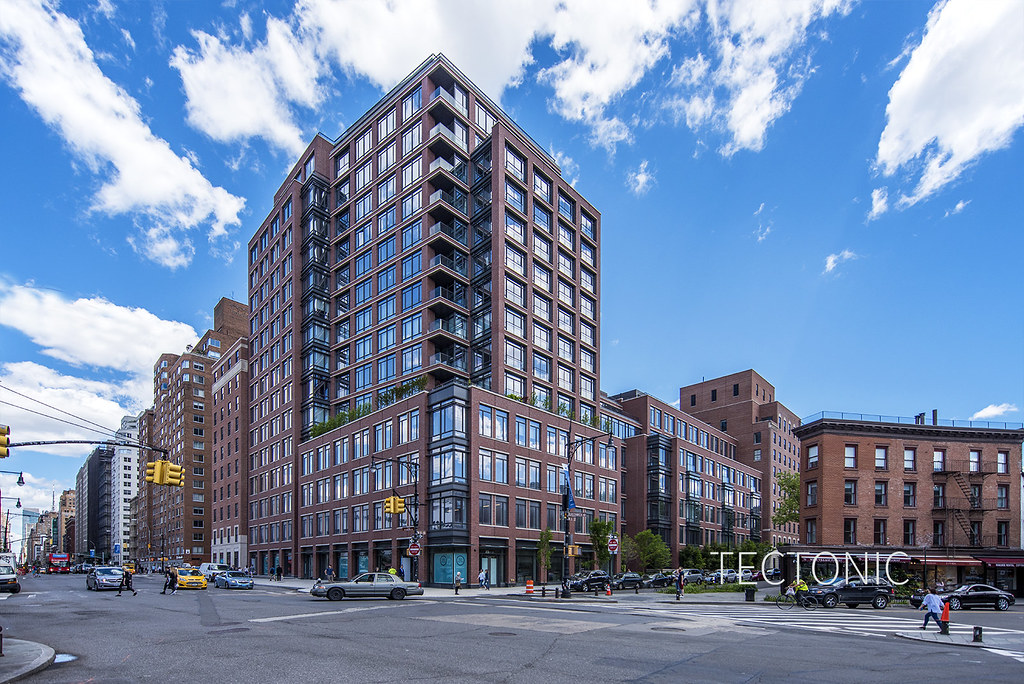