Construction has finally begun at 301 East 61st Street, on the corner of 2nd Avenue, which had been in limbo for several years; the site’s developer is Chance Gordy of Real Estate Inverlad Development LLC, and the architect of record is Manuel Glas.

Permits for the building indicate it will stand 19 stories and 210 feet to its roof; the project will measure 44,730 square feet in total, the vast bulk of which will be residential. A retail component on the ground-floor will take up 1,035 square feet, while the remainder will be split between 30 residences.

Design-wise, the building’s specifics remain unclear; while zoning diagrams are missing on the DOB file, they are posted to the site’s construction fence, giving a glimpse at potential massing. While Manuel Glas’ website is non-functional, another architect had apparently worked on the site previously, and Garrett Gourlay’s website gives an in-depth look at that plan for the development.

Rising 19 stories, the future 301 East 61st will nestle into a storage building that forms an ‘L’-shaped barrier to the north and east of the site. Given the available air rights — which are rather limited – most of the future structure will be boxed-in, with units only able to take advantage of southern and western perspectives.

Gourlay’s plan pushed the building above its neighbor, allowing more comprehensive views from upper residences, and the on-site zoning diagrams indicate that the final scheme will take a similar tact, ensuring that the top floors enjoy relatively unobstructed views. Given the small number of units, condominiums seem to be the most likely product.

Completion is expected in November of 2015. 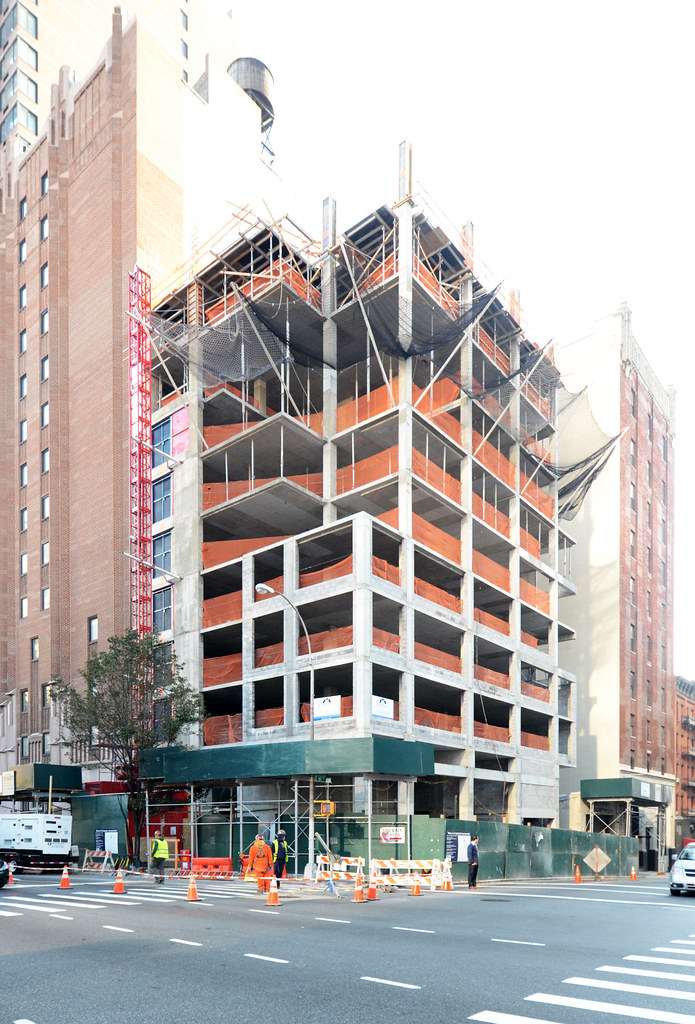 Topped out and almost complete as of last week.

This is almost complete now. Just finishing the entrance. Upper East Side condo The Clare shows off its model home