The 10-story building at 10 Jay Street is finally headed for a makeover and residential conversion. Since the building sits within the Dumbo Historic District, the Landmarks Preservation Commission heard a proposal this week for an ambitious new facade for the building. ODA Architecture outlined plans for a glass and steel, sugar crystal-inspired front for the East River-facing side of the building, as well as a restoration of the building’s other three faces. The LPC approved of the latter, but ultimately decided that the “striking” design was not a fit for the historic district.

In December, permits were filed by Eran Chen of ODA to convert the building into a mixed-use structure with 46 apartments. If approved, there would be some retail on the ground floor, but the rest of the building would be for residential uses. Chen and Bill Higgins of the preservation firm Higgins Quasebarth & Partners presented the proposal to the LPC. Chen said the building is a “very exciting proposition.” The plan for the north facadewhich faces the East River, not the historic districtis for a glass and steel structure made of three patterns that would repeat along its length. Chen drew inspiration from sugar crystals, the Manhattan Bridge, and the existing steel and brick of Dumbo. Higgins said they didn’t want to take the “safe approach” to this building. Curtain wall installation is underway at ODA Architecture's 10-story warehouse-to-office conversion at 10 Jay Street on the DUMBO waterfront. The 230,000 square foot brick warehouse structure will retain its brick façade on all but the north façade,... 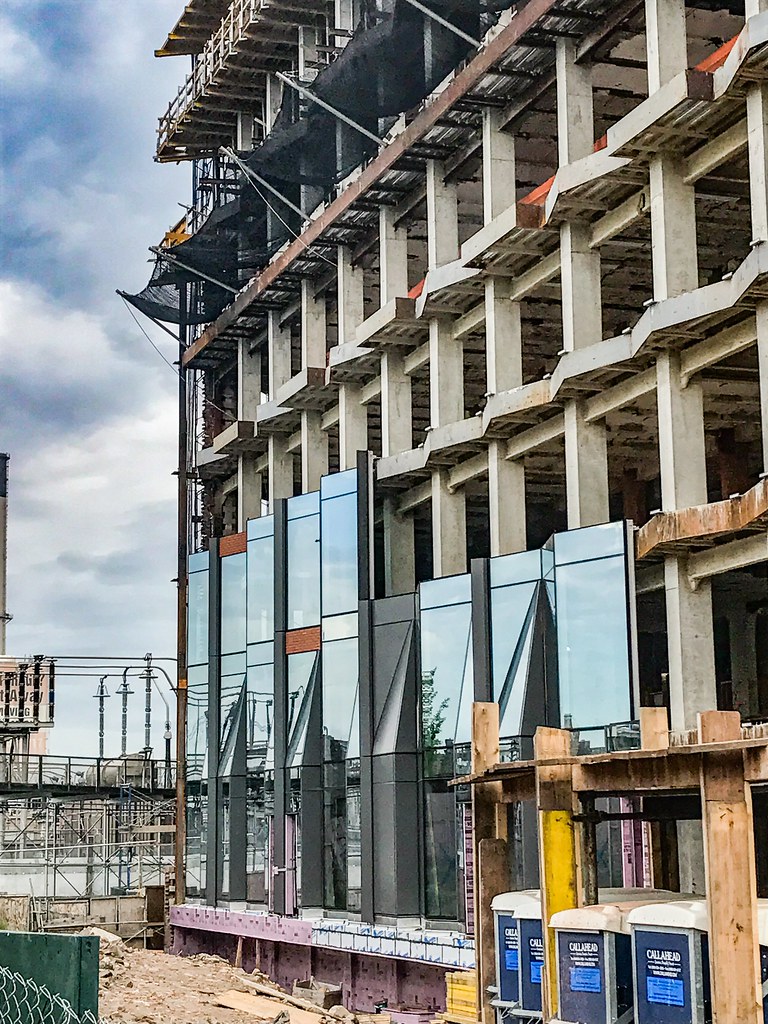 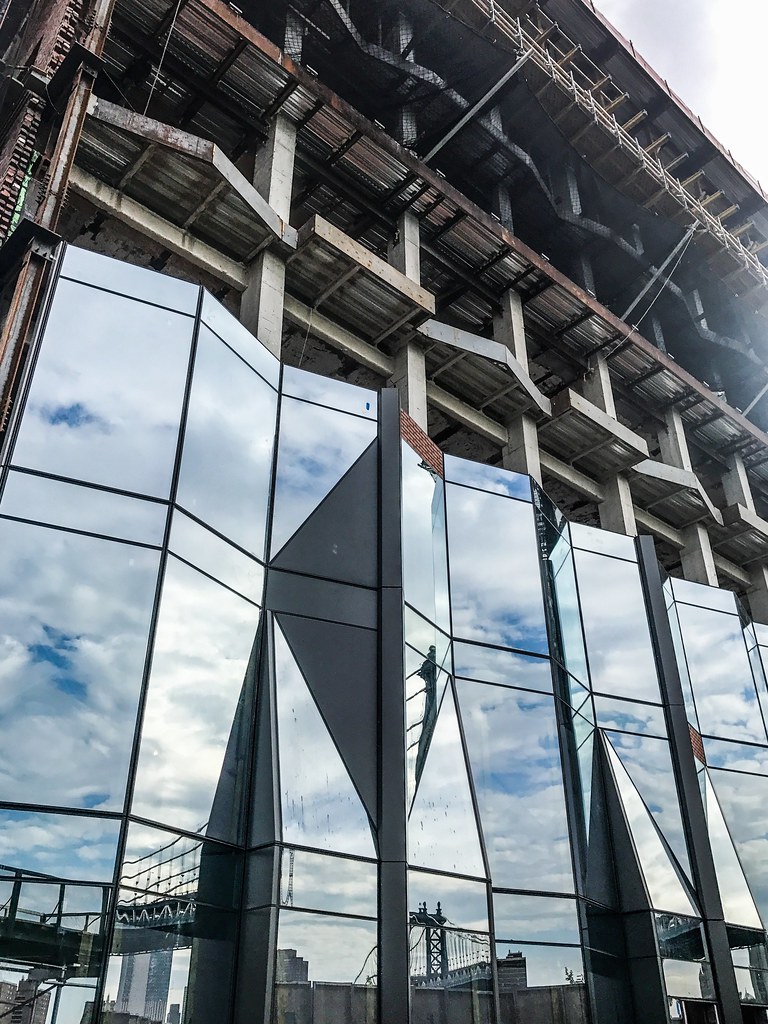 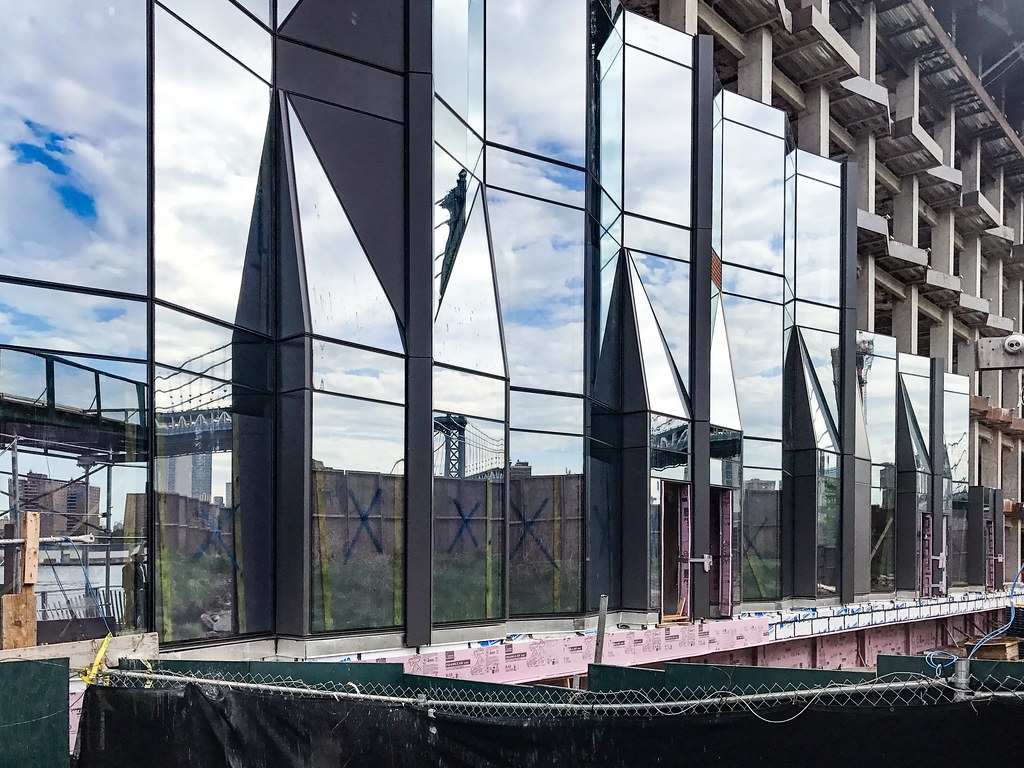 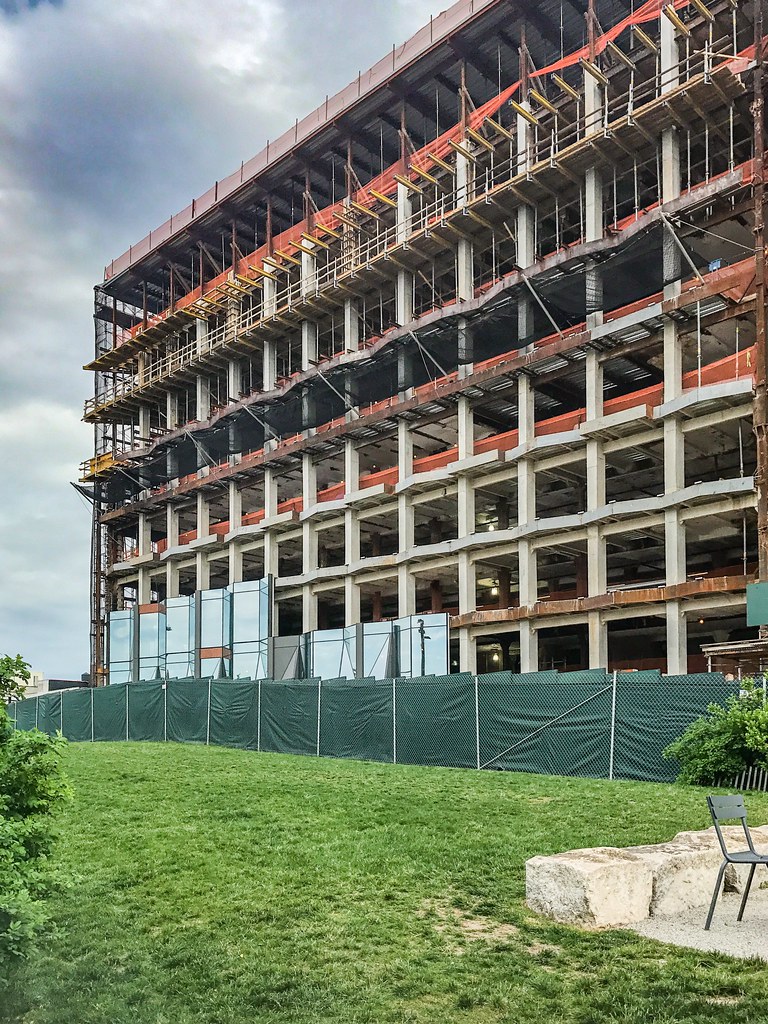 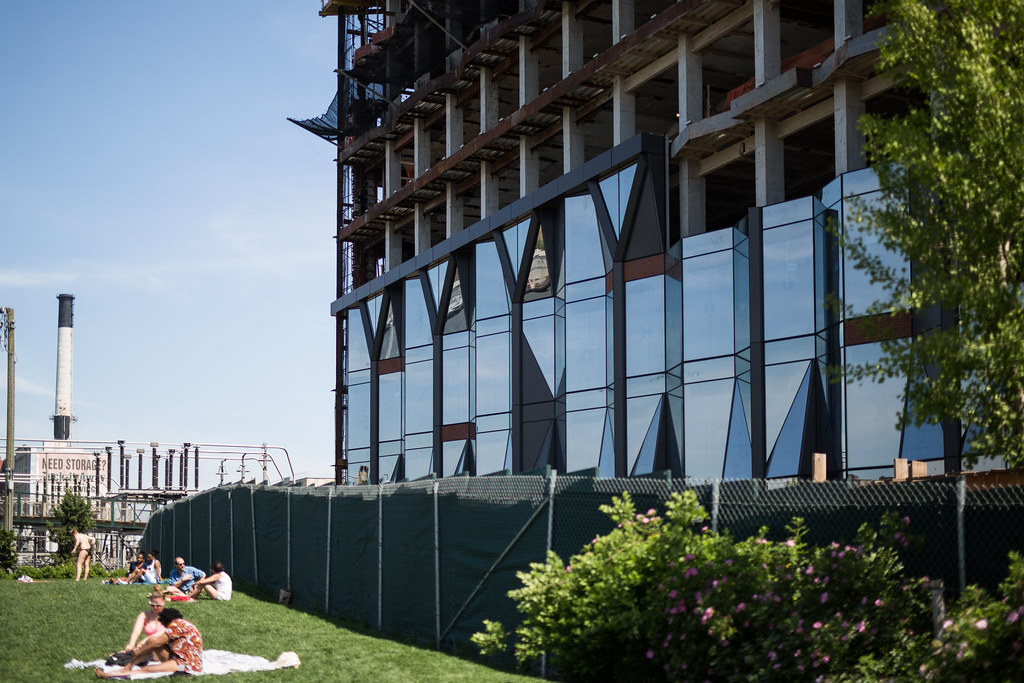 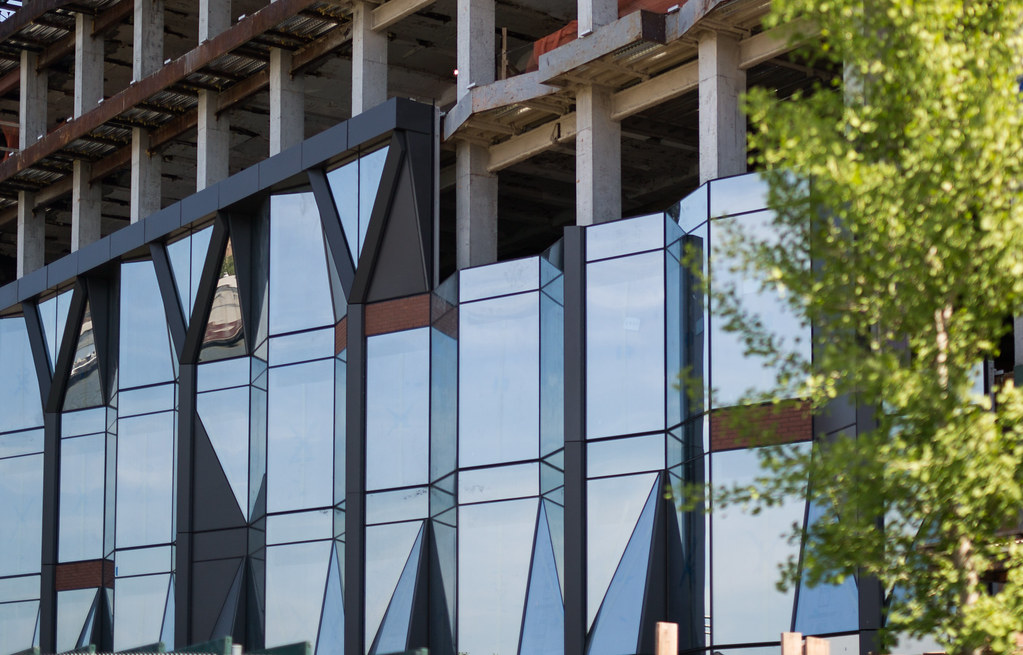 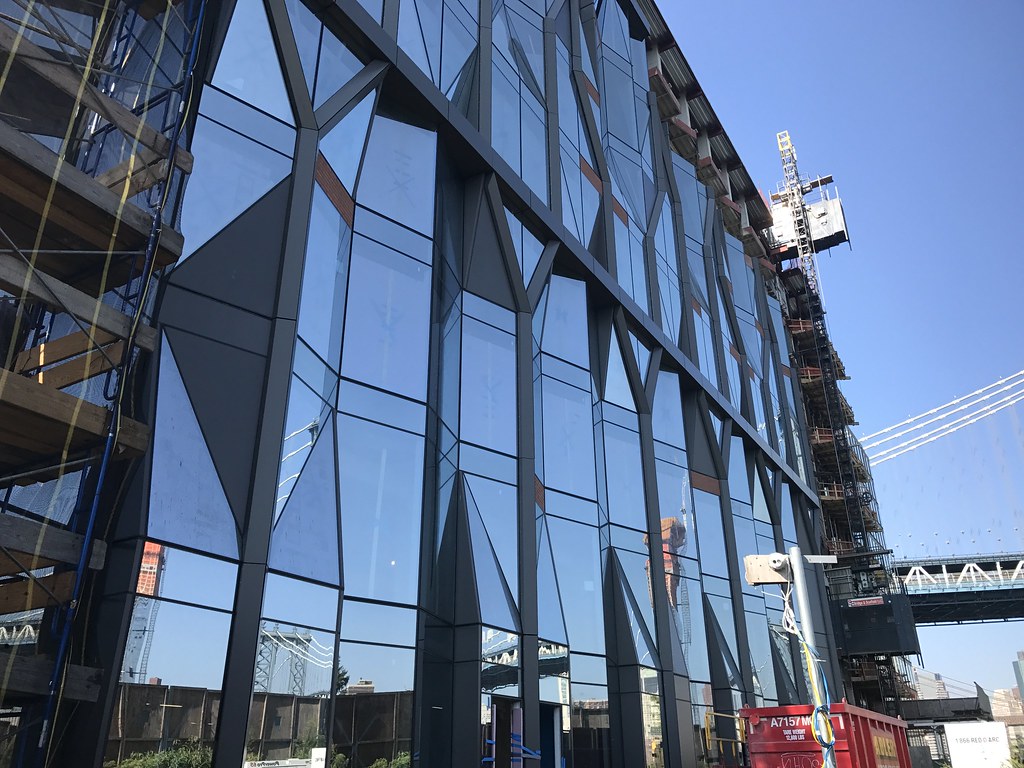 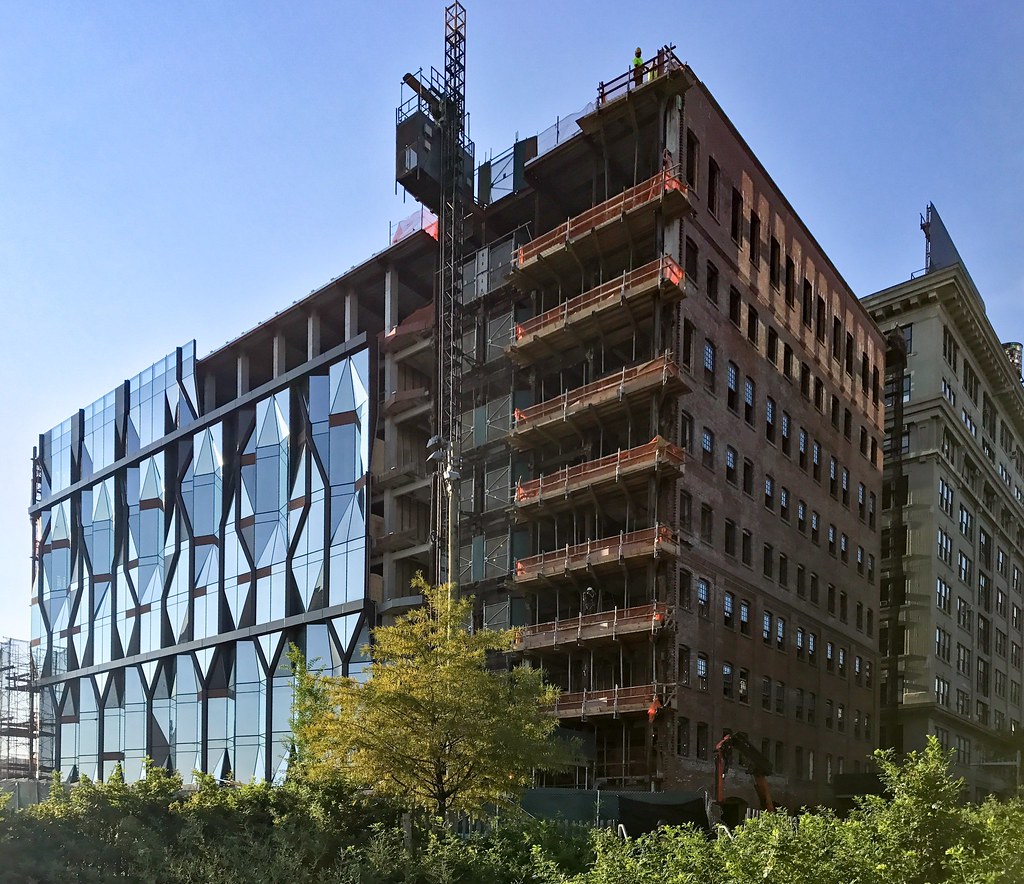 Wow, that facade is gonna look incredible when completed, especially from street level!

Almost all of the construction netting and scaffolding is down. Just the sw corner is left.