2016 Daily Voice article regarding the project;

NEW ROCHELLE, N.Y - With the city embarking on “the most ambitious downtown redevelopment in New Rochelle history,” local officials have laid out a plan to attract young, up-and-coming professionals.

On Thursday, New Rochelle Mayor Noam Bramson announced plans for the “Print House,” a complex featuring than 70 small apartment units in the heart of downtown, within walking distance of the Metro-North train station - which is poised become “a door to the community, serving as a bridge to the past, as well as the future,” according to developers with RDRXR.

Once completed, the “Print House” will sit on Huguenot Street, just east of the Trump Plaza, across from the New Roc Garage downtown.

Although it’s just a blip on the radar in terms of the comprehensive plan for downtown New Rochelle, Bramson said that attracting Millennials to the city, they can begin ramping up other developments.

“The project’s design, featuring small units, modern style, with lots of shared space for working or socializing, is intended to attract young professionals - and that’s important to New Rochelle,” he noted. “With 71 apartments, the Print House is fairly small int he context of our overall downtown development plan, but it is a welcome addition to the city and good evidence of New Rochelle’s rapidly improving development prospects.” 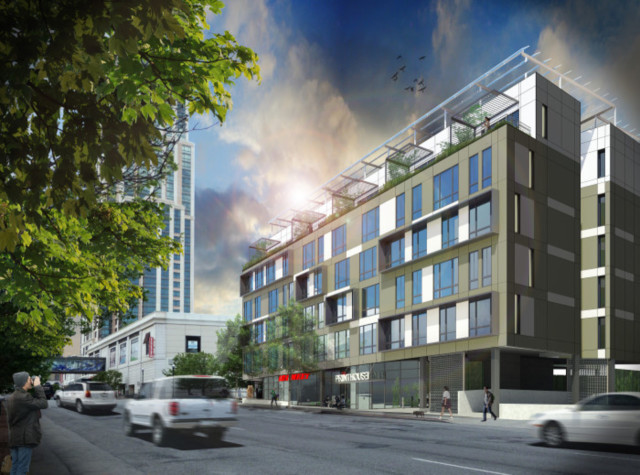 The pace of downtown development in New Rochelle continues to accelerate. Just a few minutes ago, we celebrated another groundbreaking — this time, for the Printhouse, a 6-story, 71-unit apartment building on Huguenot Street, across from the New Roc City garage. 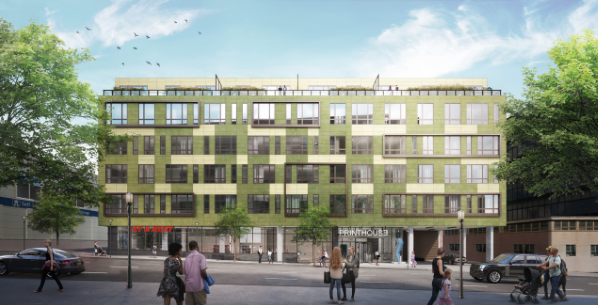 A groundbreaking ceremony was held today (August 16th) and foundation work is expecting to begin very soon. I plan on sharing photos throughout the construction period up until the point where it is fully completed. While the project isn’t as large as other proposed projects, and others currently under construction, it will make an impact on the city and will provide the area with a bit of character and liveliness.

At this time, renders are a bit scarce… but I will reach out to some representatives in order to try and gather higher resolution variants.

Here’s a larger rendering that was sent to me. Quality could be better but it does give a better look at the project. 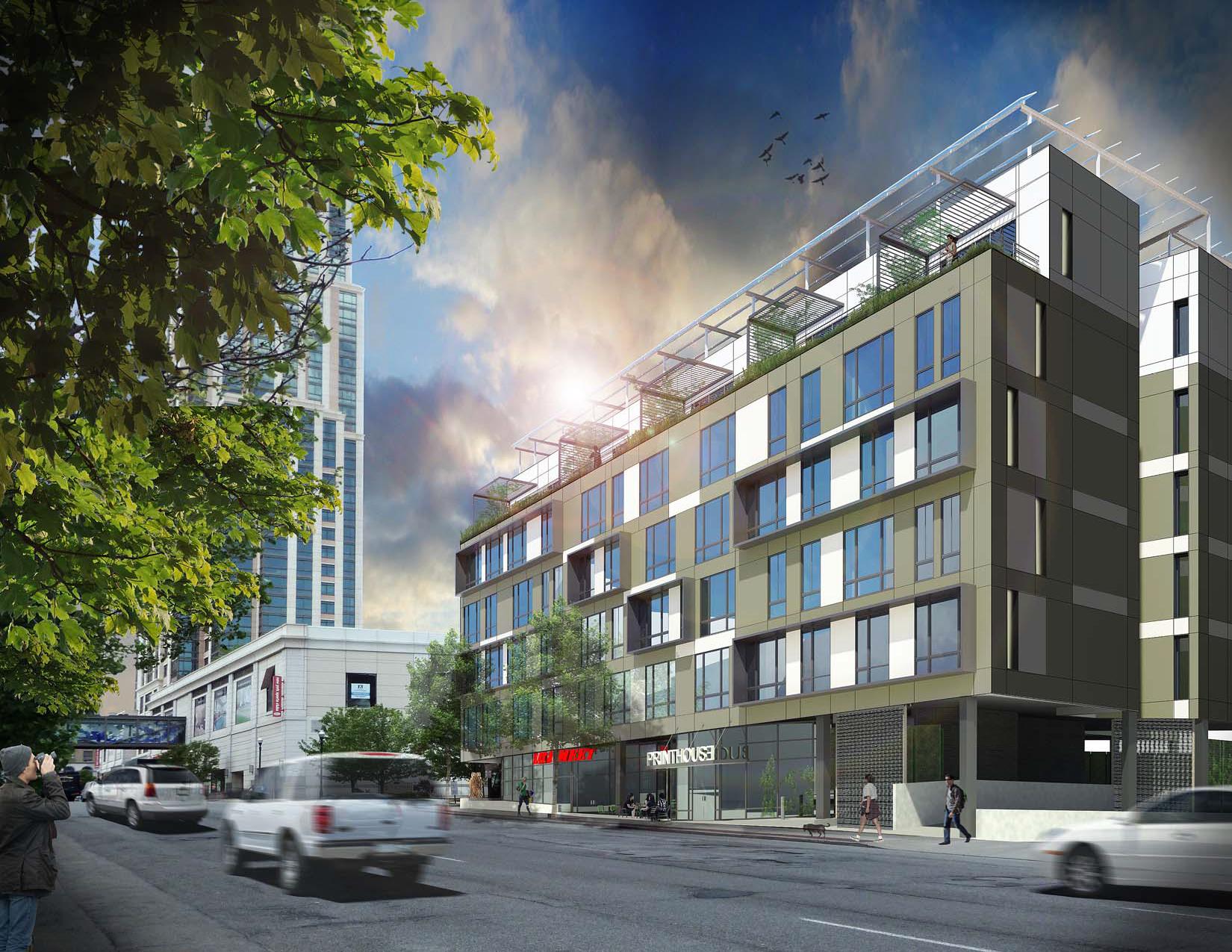 Dirt samples were taken today. The great thing about this site is how easy it’ll be to get shots of it! I can’t wait to see this get off of the ground. You can see bright orange lines dotted along the dirt, I assume that’s just to line out where the foundation will be. 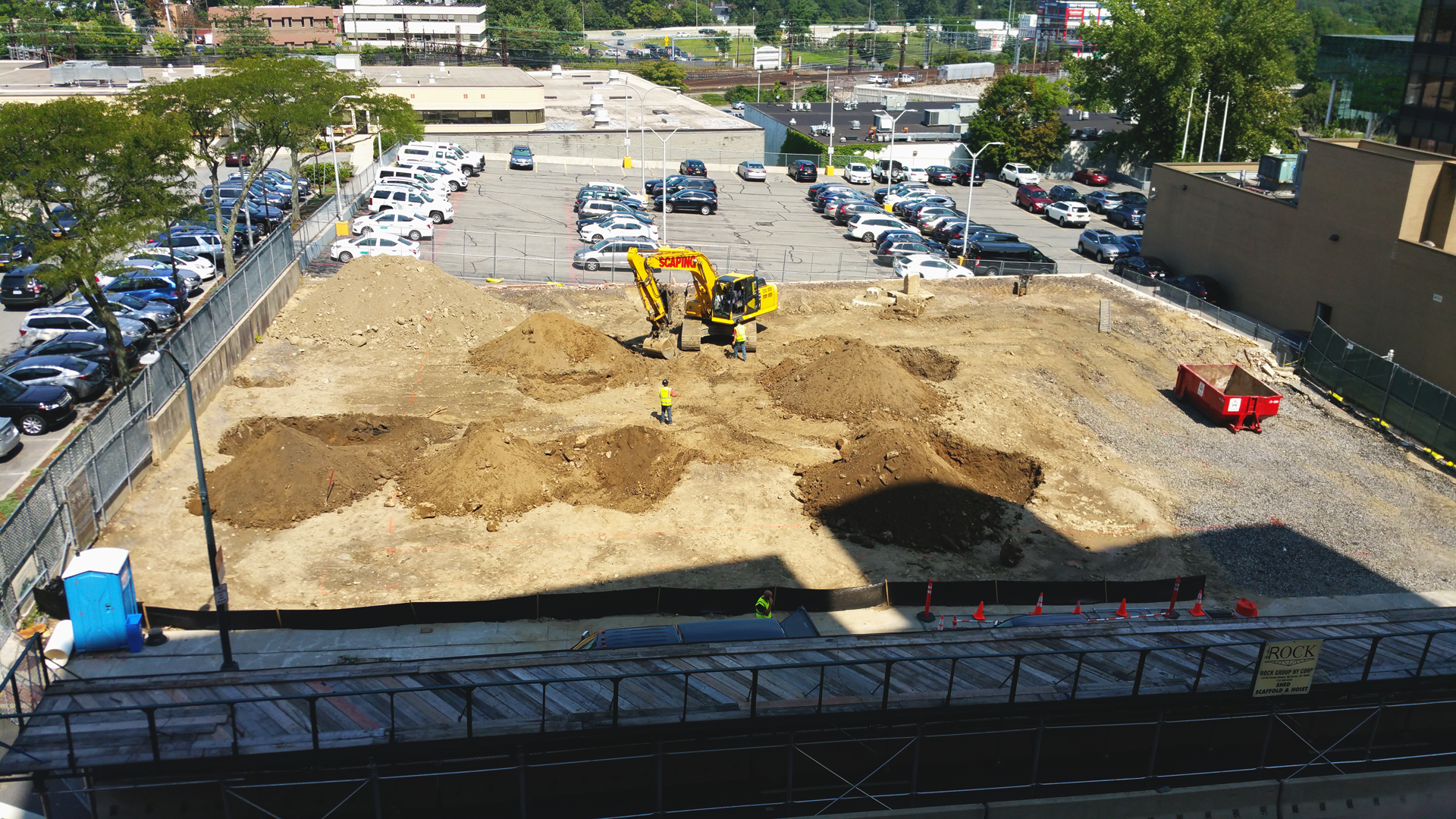 thanks for the updates, nr!

Some may wonder why such a relatively small suburban project has its own thread, but in its defense I will argue that this building will provide a permanent home to a much larger population than 432 Park Ave.

Ha, I figured I’d throw it up on the board just for the hell of it. New Rochelle has a few low-density projects like this that will be taking off soon, including a hotel. I noticed there were also some other projects discussed on the forum that aren’t too far off in terms of the amount of floors.

Not even our largest construction site gets love on SkyscraperPage, but I suppose that’s alright.

It’s been pretty quiet but they’ve started excavating the site in order to make way for the foundation. 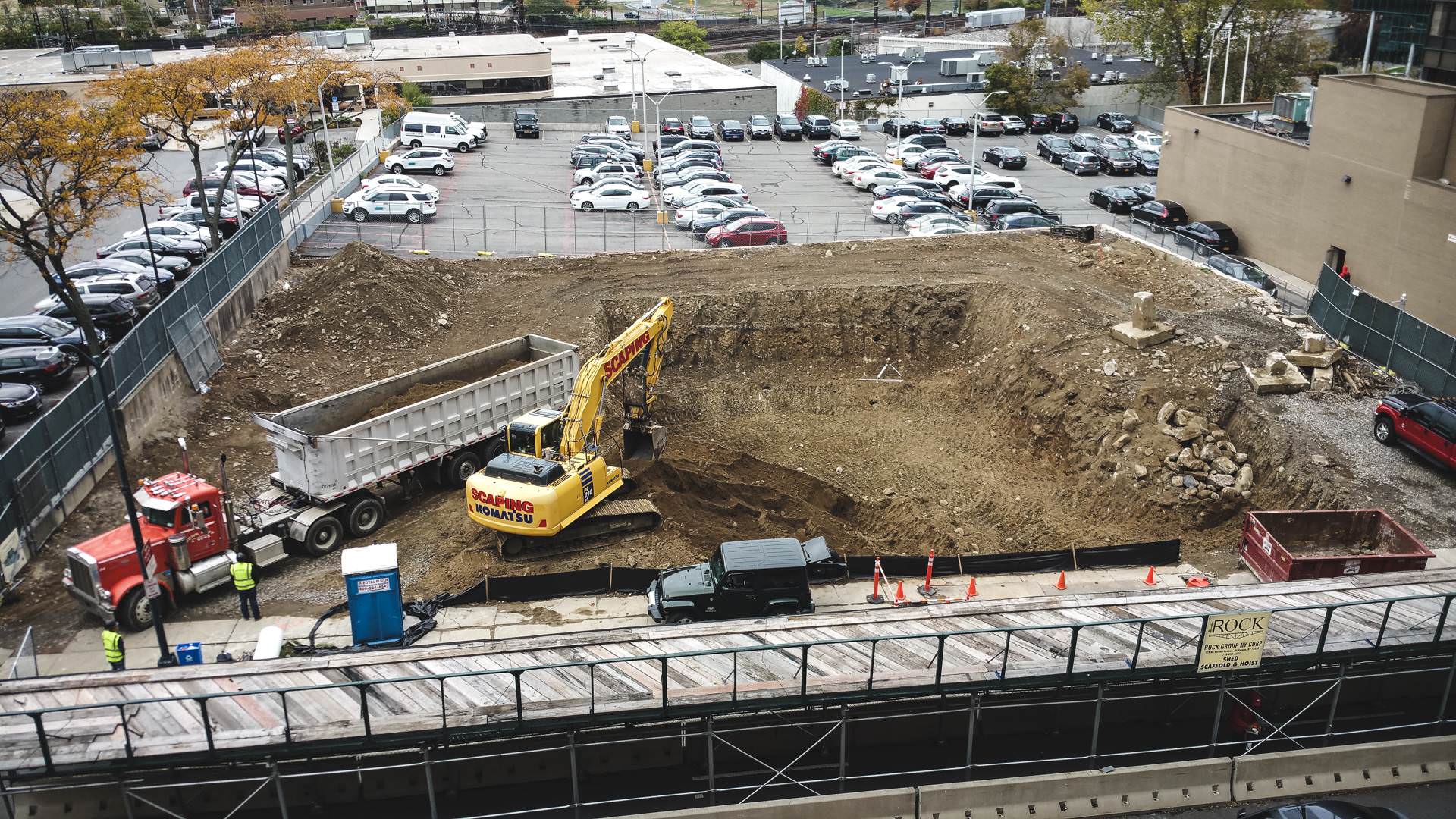 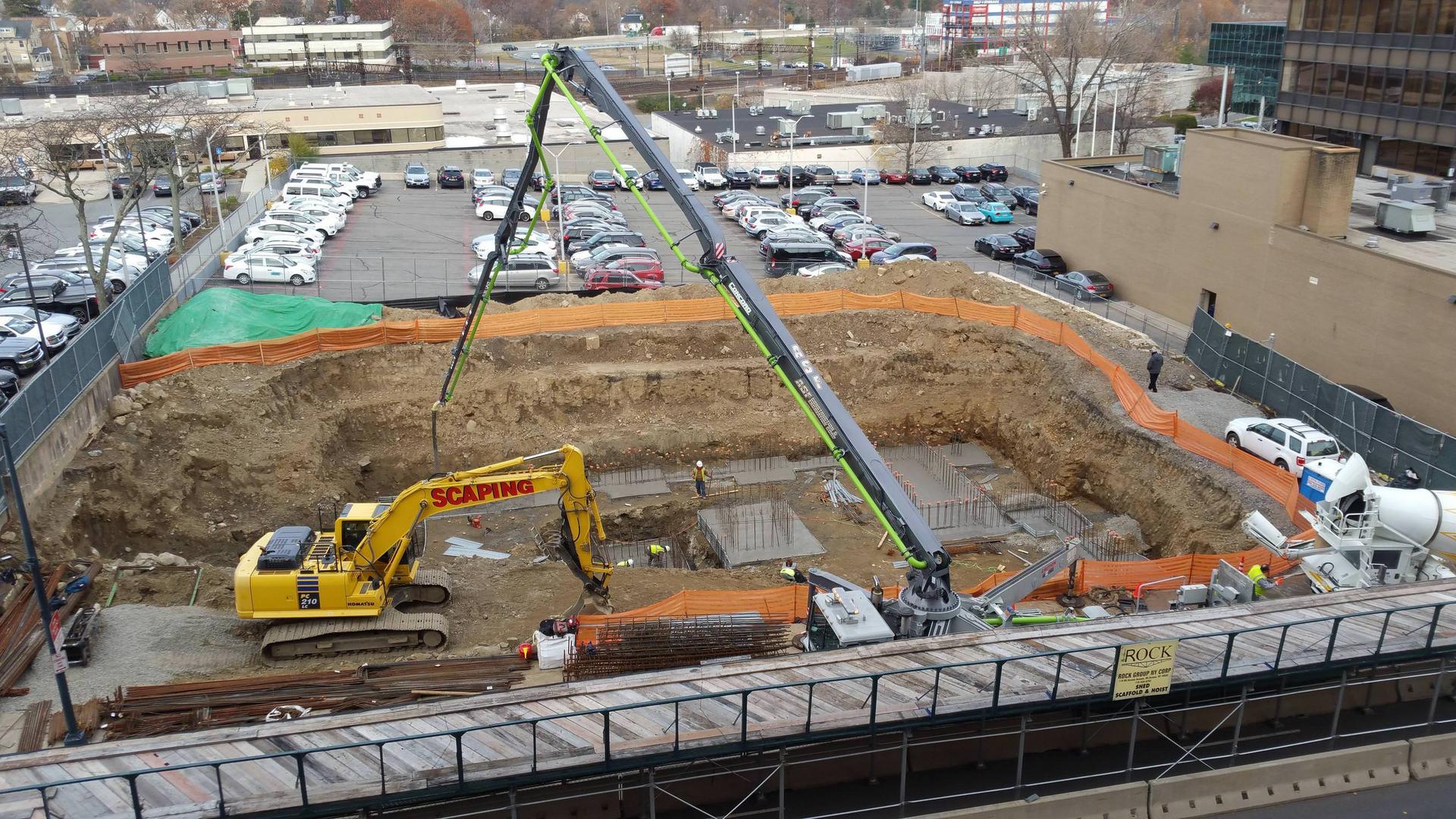 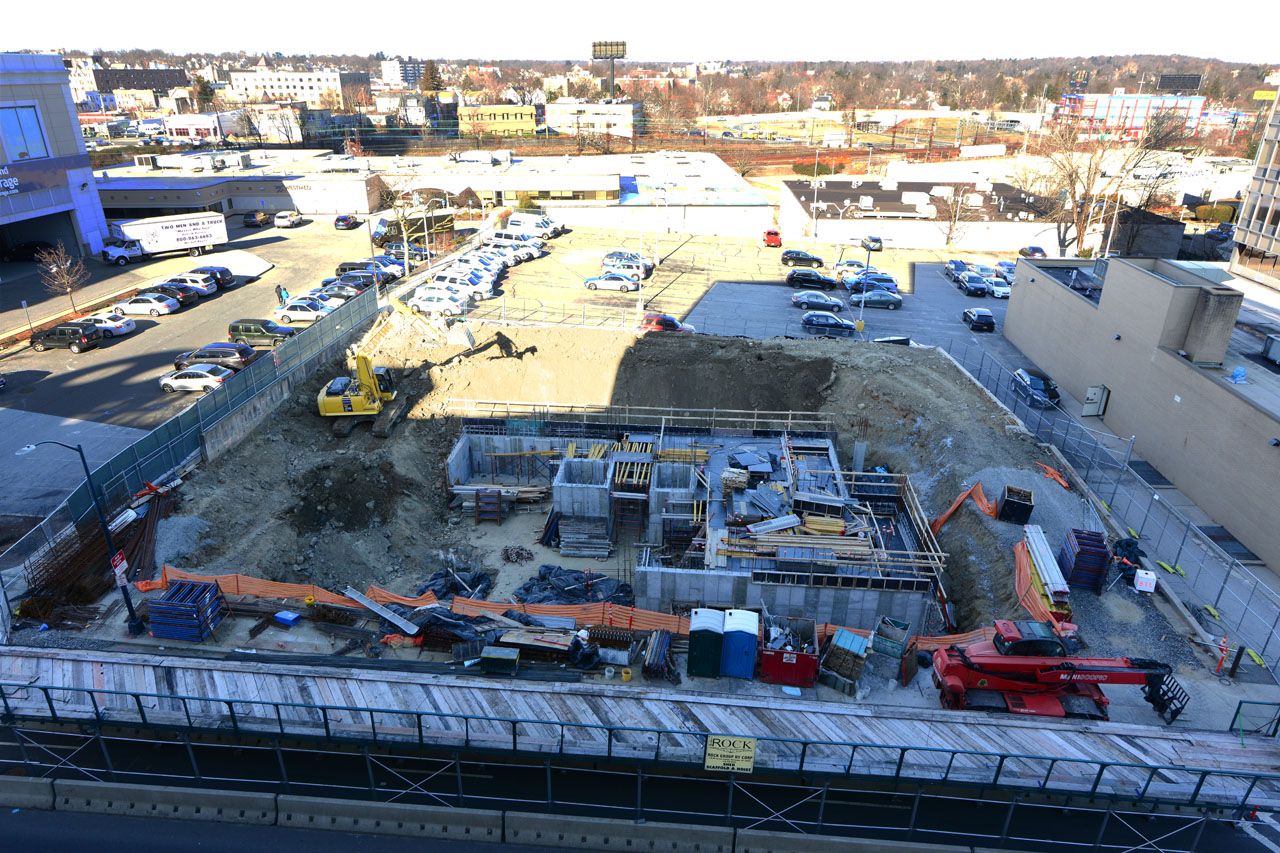 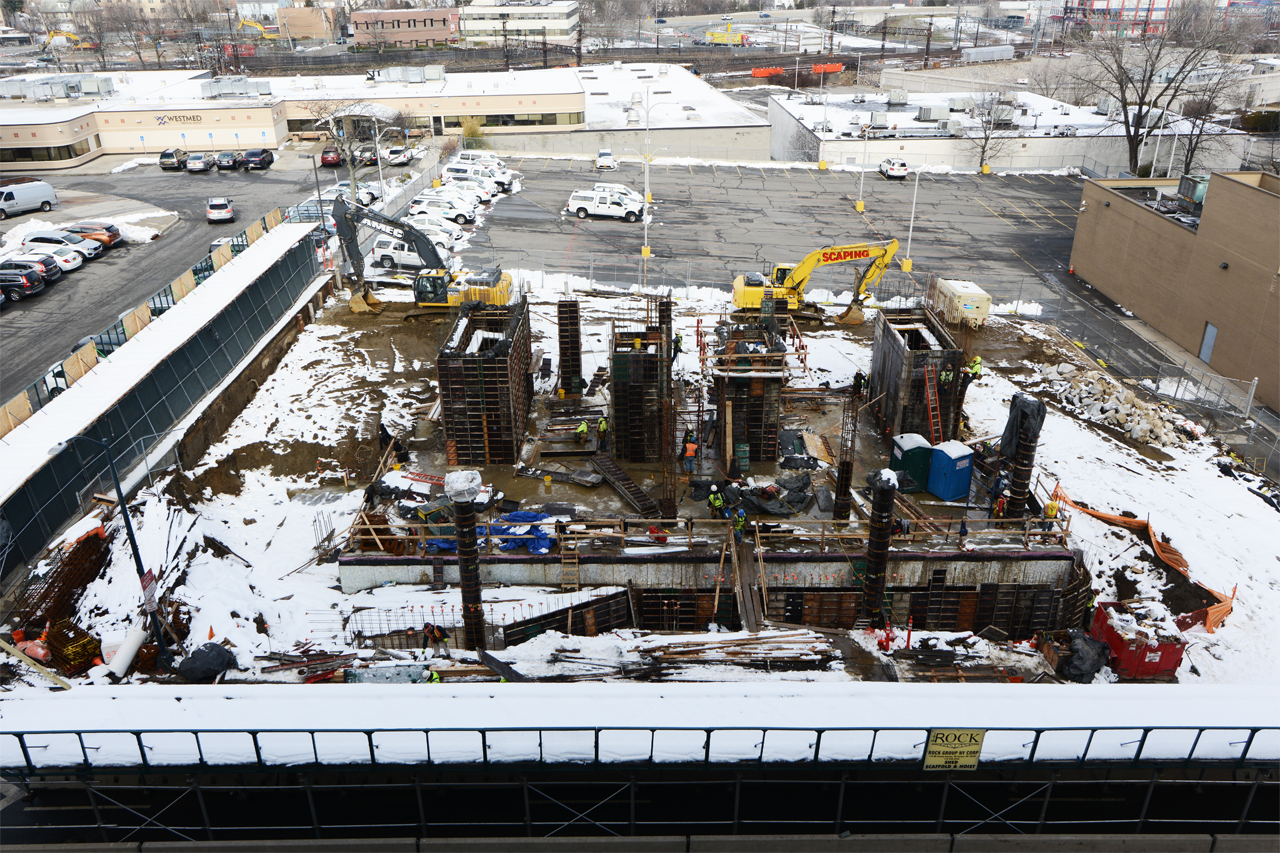 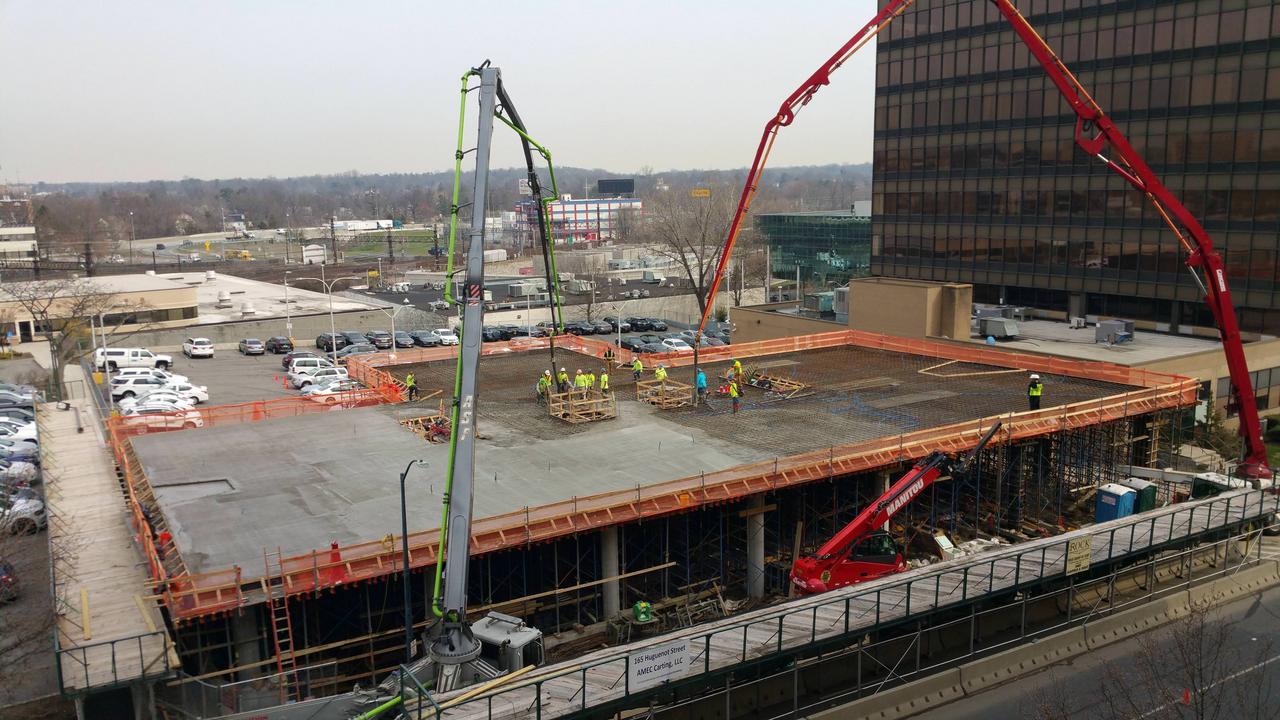 This one is gonna be a fast riser. 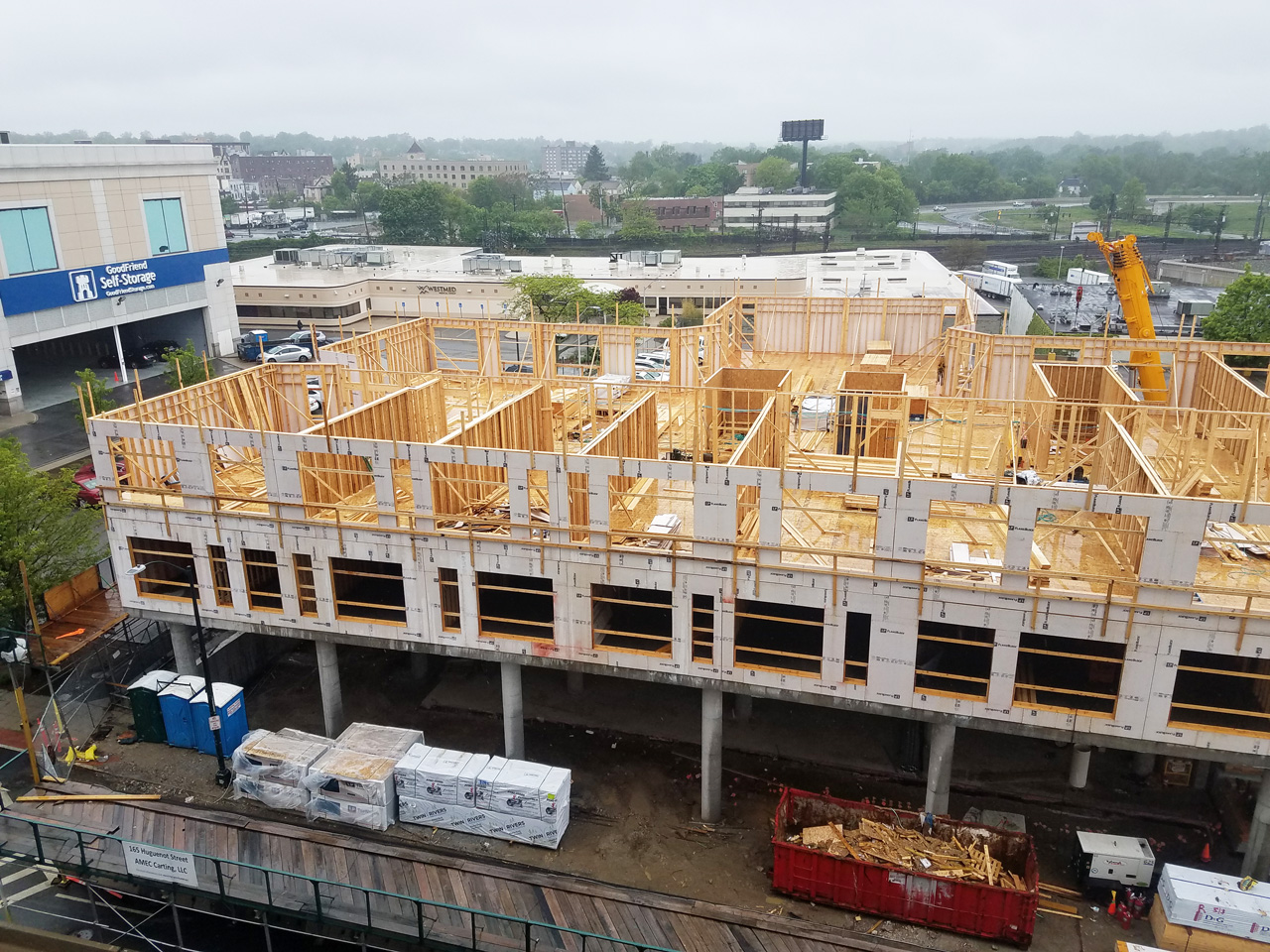 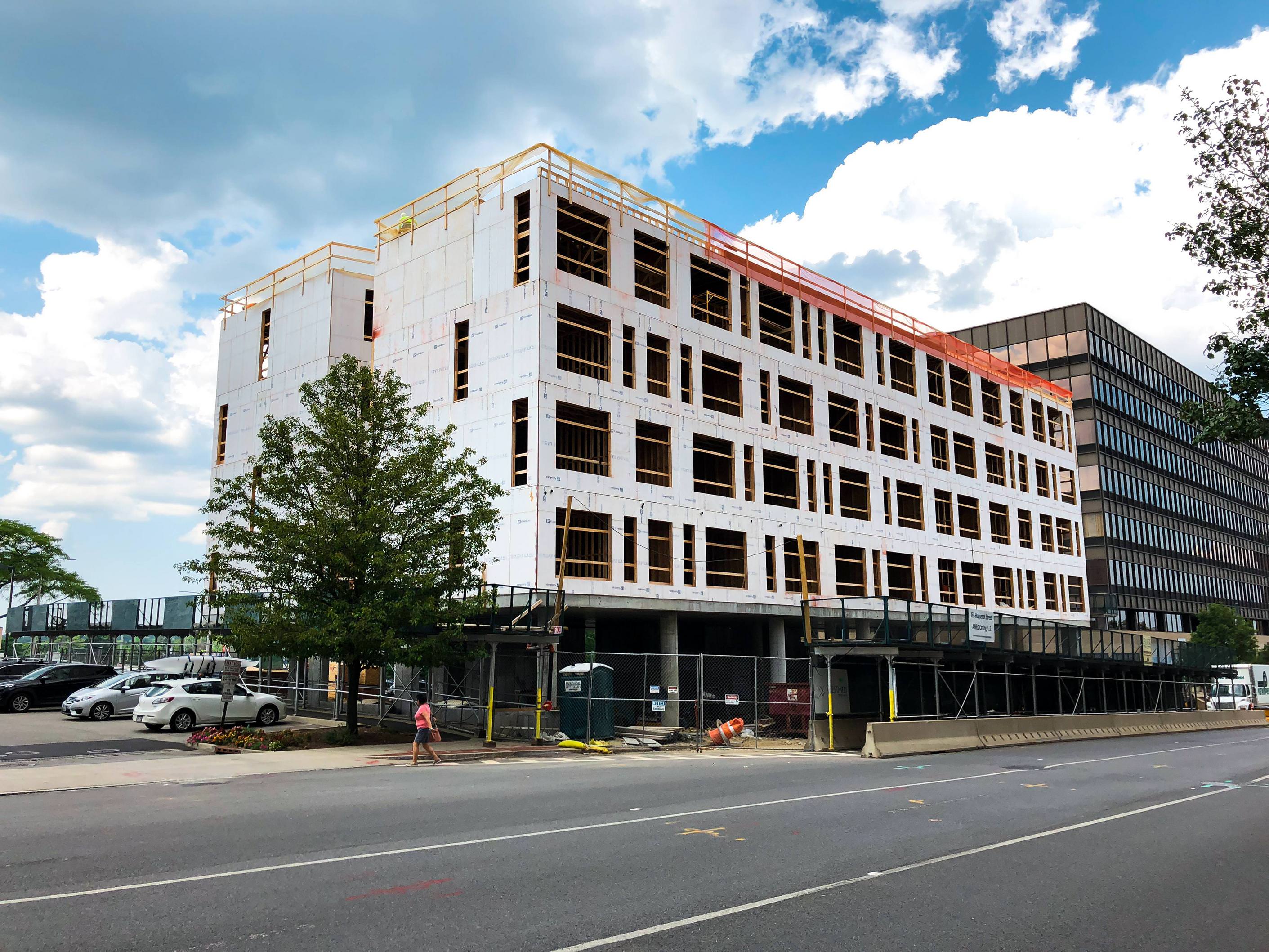 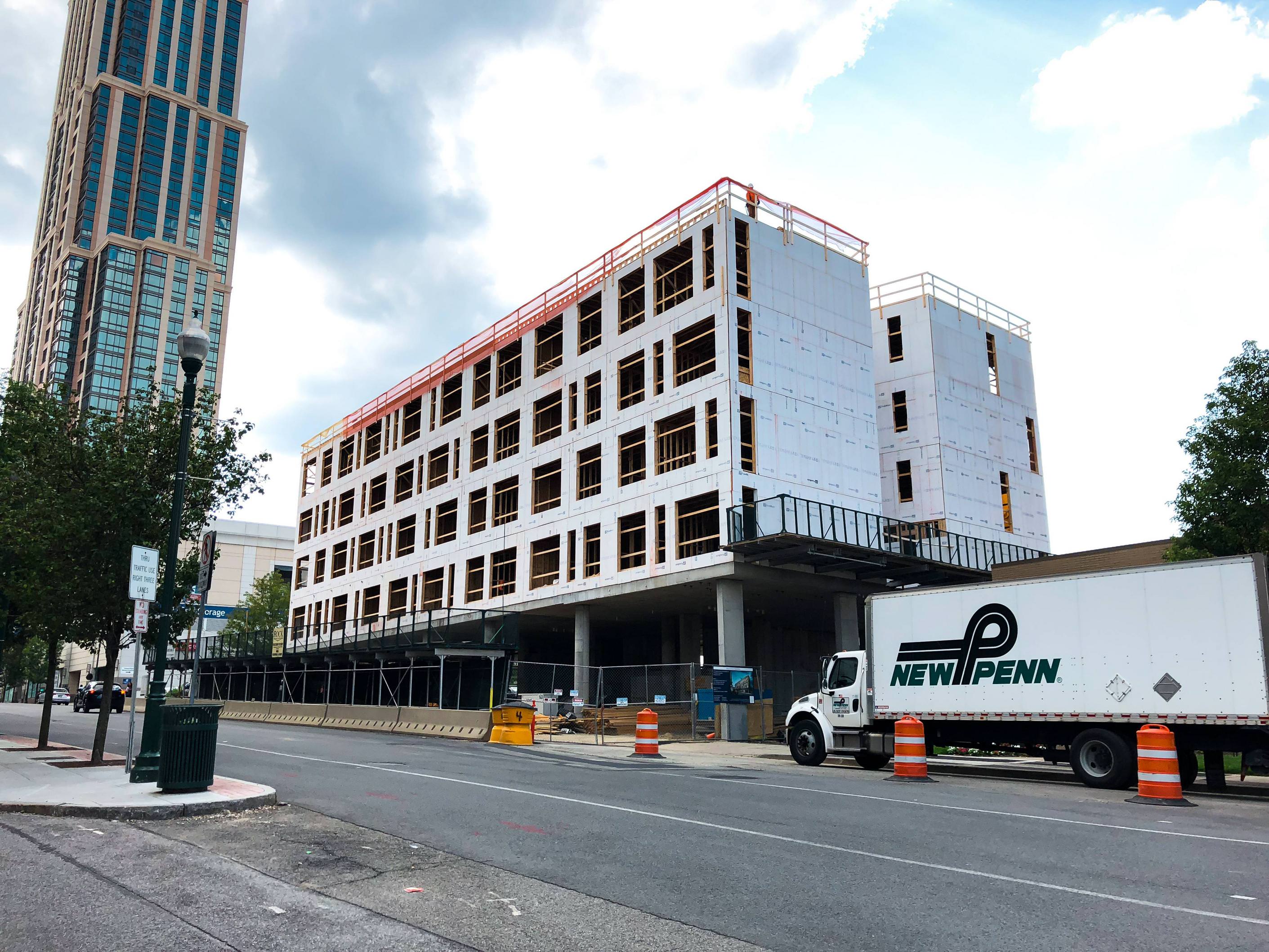 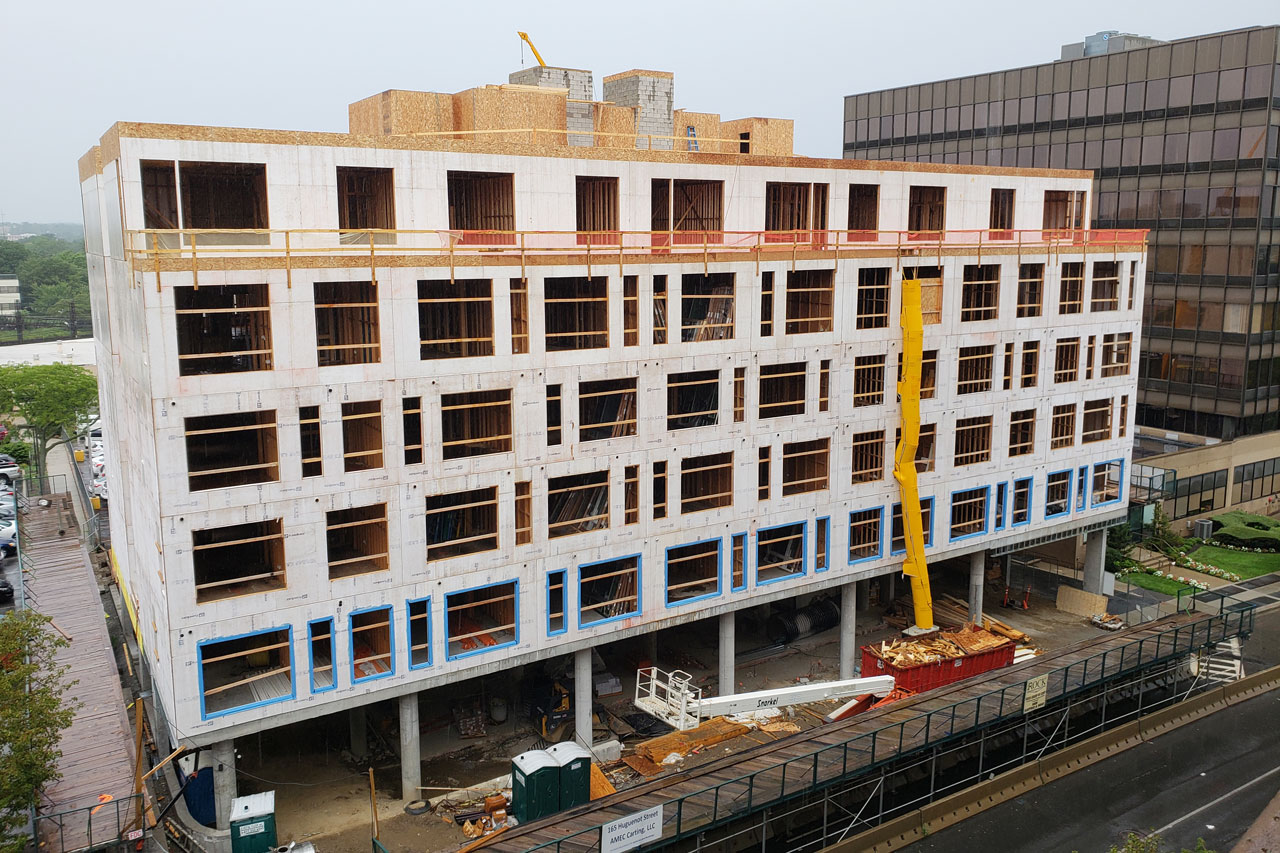 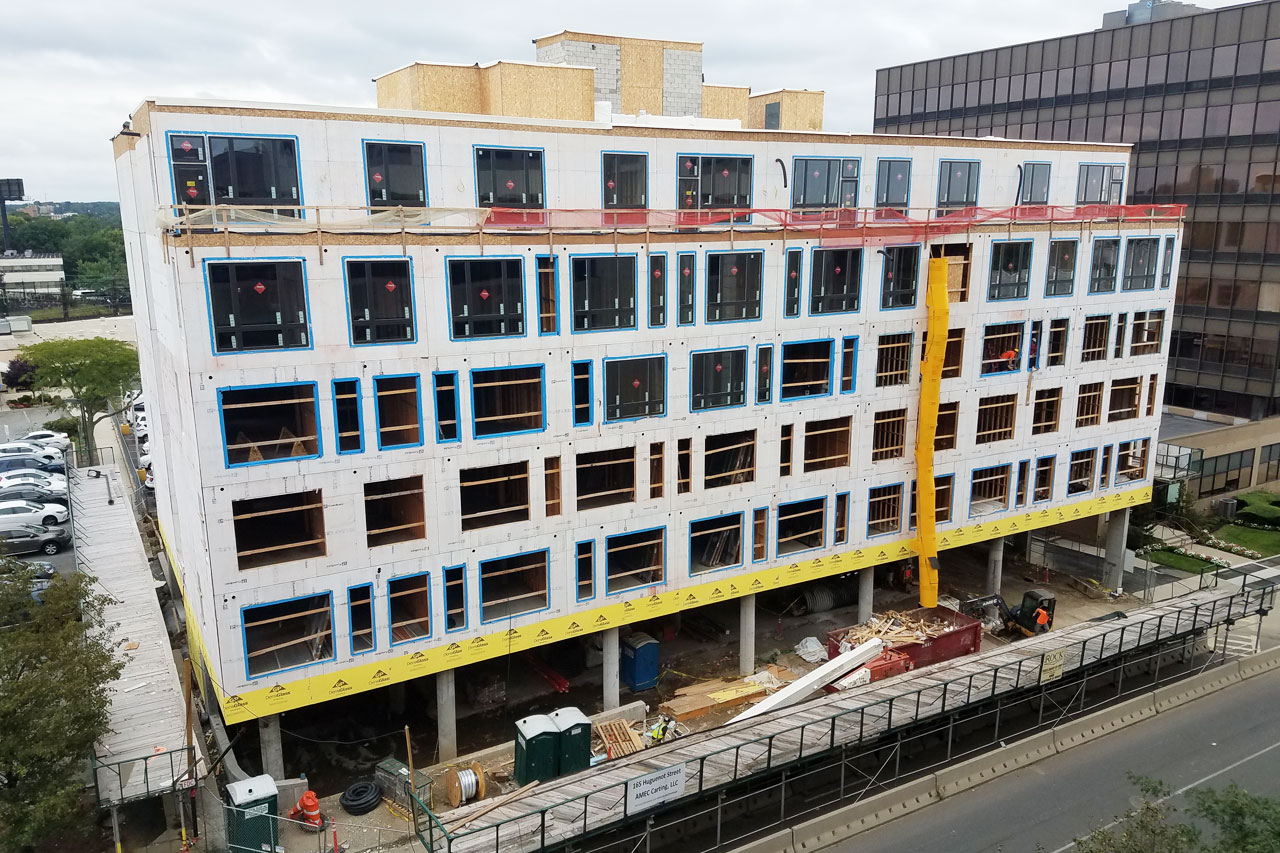 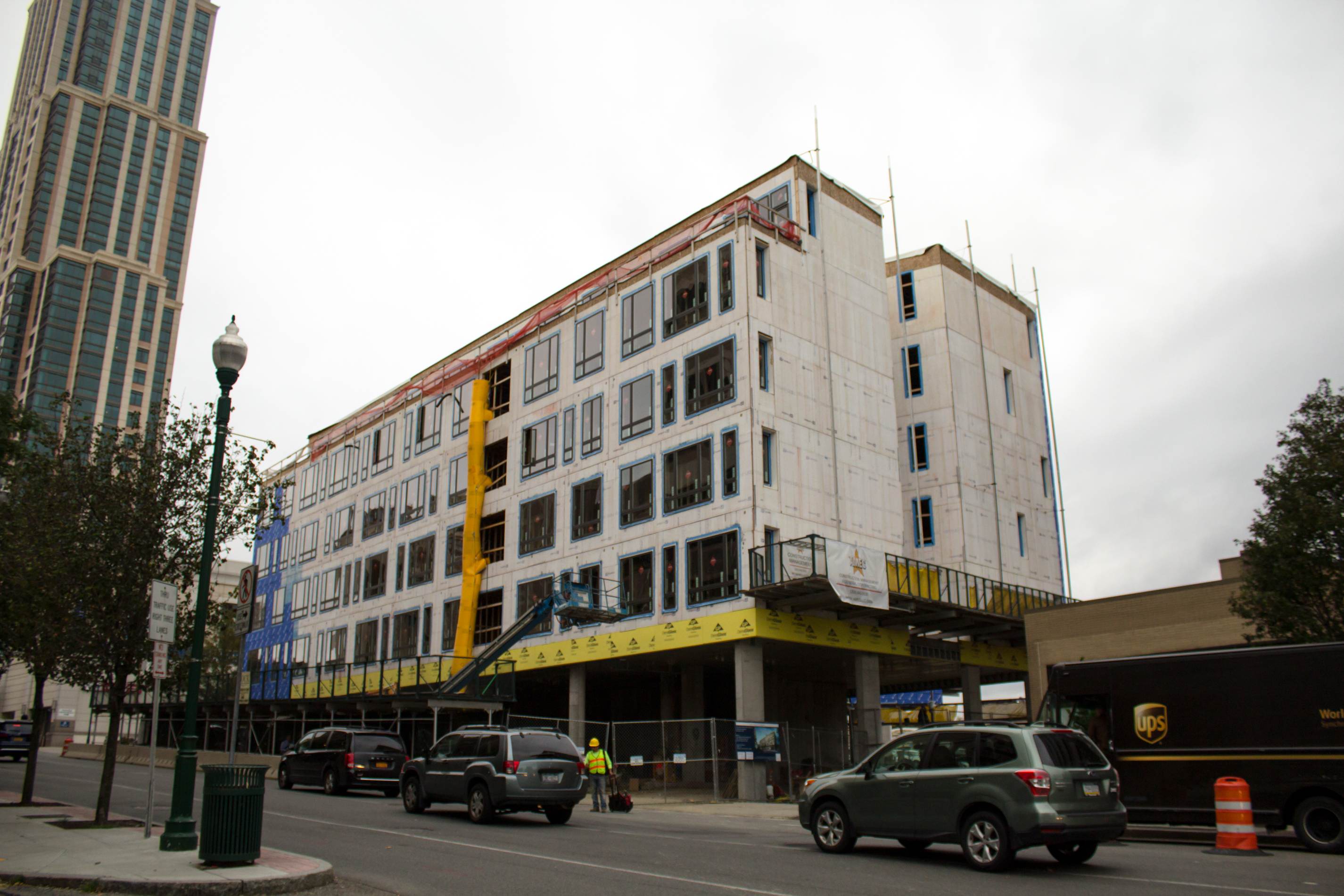 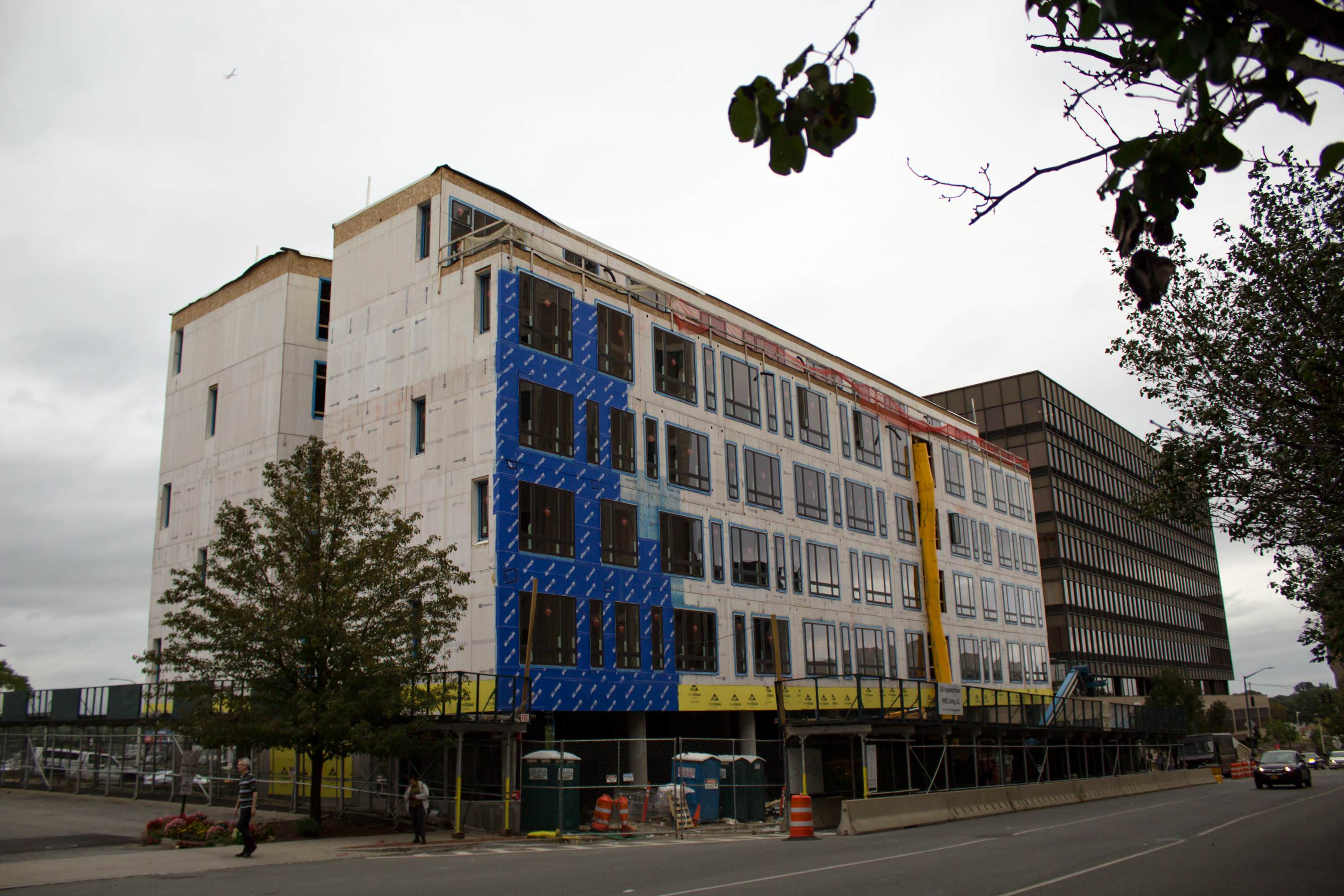 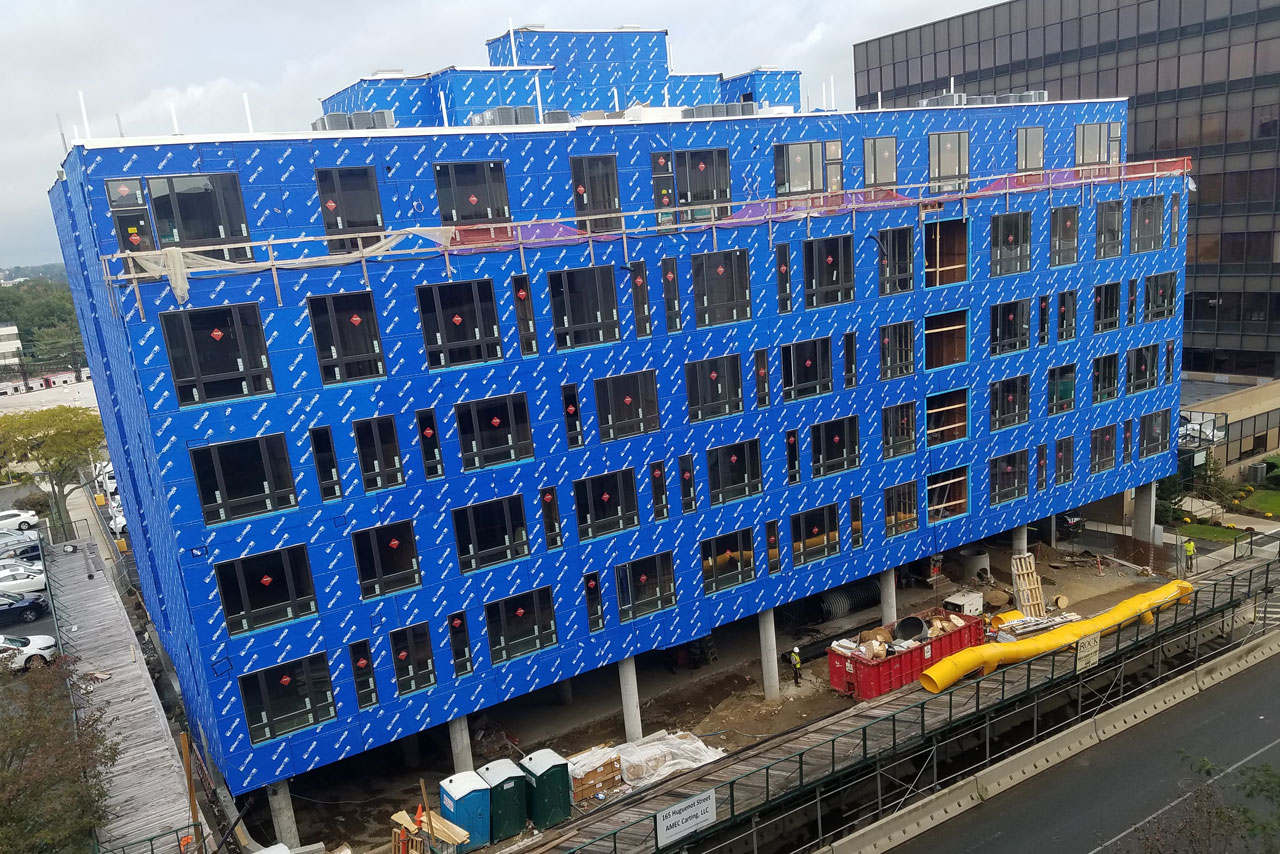 I actually kinda wish the finished building would use blue instead of green, now. Love the pop of color in that area.