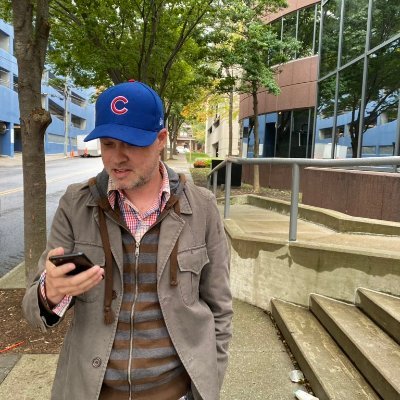 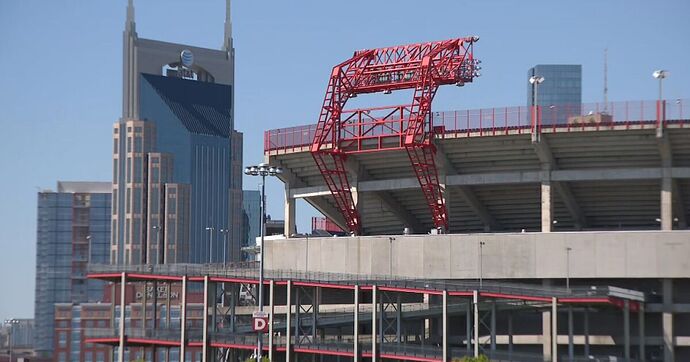 A long-awaited decision about Nissan Stadium has finally been made: The Titans are getting a new home.

This has SO much potential! The stadium is already in a great location compared to other modern stadiums. Still disappointed they never passed Let’s Move Nashville, it would’ve made this a great example of an urbanist stadium for the US. 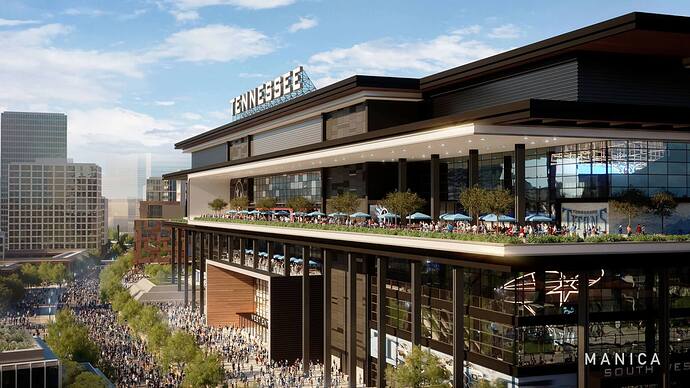 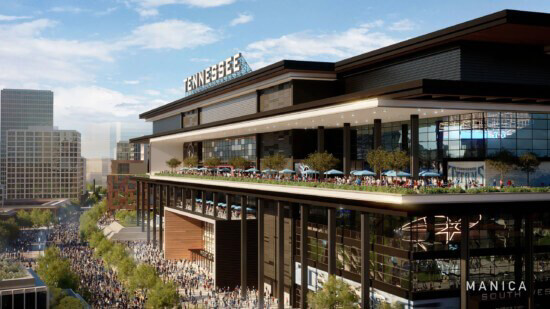 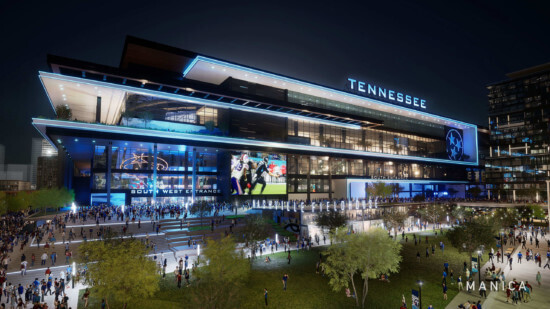 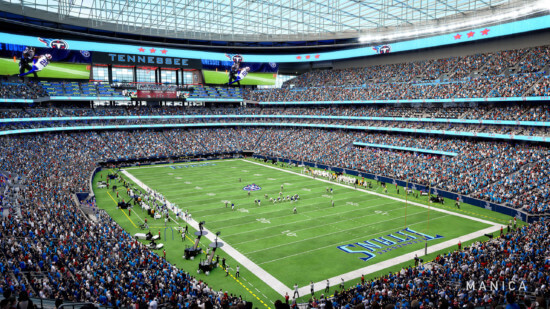 Continuing the trend of new stadiums being amazing

I like the activation of the exterior with patios and retail, but I have to admit this thing looks like a Westfield mall. 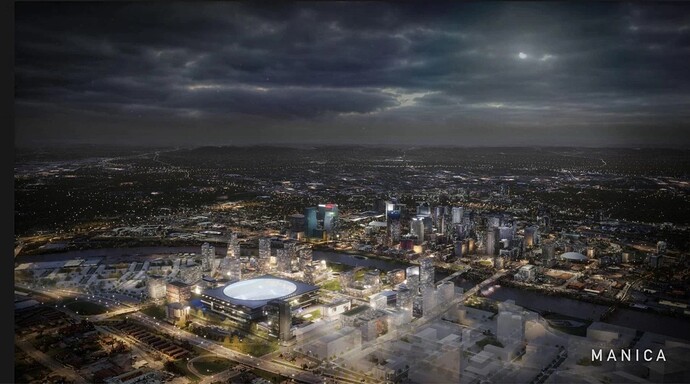 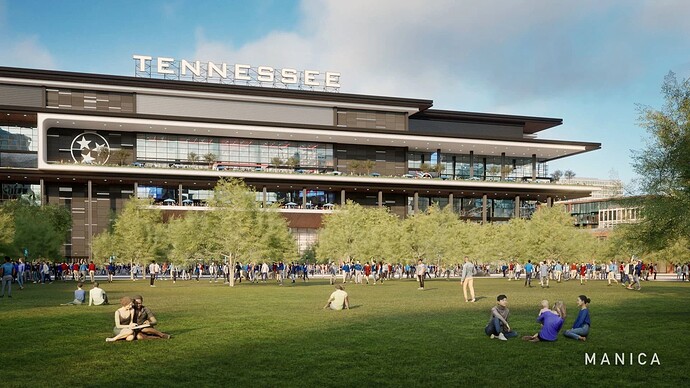 Side note, as much as I love this stadium design and the overall masterplan, the subsidies this project is getting are vomit inducing. Hopefully it’s for a lot more than just the stadium.

That is one of the hardest pills to swallow for this new wave of stadiums across the US. What I don’t really understand is the ownership of the stadiums following construction. Why wouldn’t the municipalities just be joint owners instead of handing over the stadiums to billionaires like Amy Strunk, Hearst, and Disney… Can someone ELI5?

The short answer is property/land value.

New stadiums nowadays are almost always built in a part of the city where land values are (relatively) low and prime for inducing a “rent gap.” In other words, the stadium is a catalyst for gentrifying a neighborhood that will result in a ton of complementary development and new tax revenue to the city. Therefore, the municipal government is willing to subsidize a stadium with no revenue from the team itself because they’ll make MORE than enough back in new up-scale condo taxes.

Edit: Also, these “stadium districts” tend to also be tourist destinations, so tons of tourist dollars.

Except those assumptions about tax revenue have been widely discredited. Studies and Econ experts have concluded that the tax-capture arguments for large stadium subsidies are at best magical thinking, and at worst a scam on taxpayers. 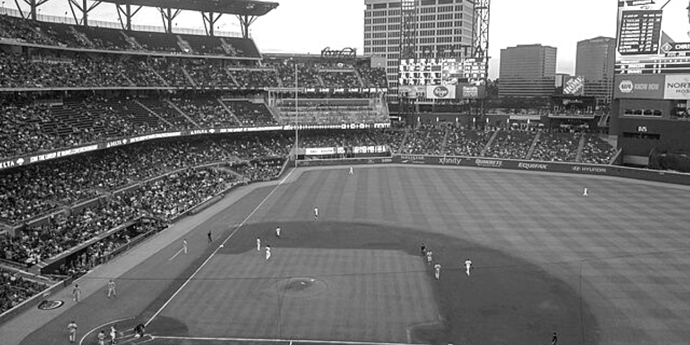 The longer you spend in local government, the more likely it becomes that you’ll have to deal with one of

The major exception seems to be Las Vegas, which has a unique and efficient mode for value capture: hotels and casinos catering to the throngs of out-of-town fans. You’ll notice that nobody’s trying to build condos next to Allegiant, because stadiums have little to no effect on adjoining property values.

I completely agree that stadiums are an albatross for economic development. Sports, Jobs, & Taxes is a great book that’s considered one of the first comprehensive studies of this and the article you linked makes a lot of the same points.

What I’m saying is – Modern municipal governments know a stadium (by itself) won’t bring in money, but a Stadium District is a gentrification machine that has the potential to:

That’s the trend now. Districts like this, or this, or this…are how sports teams are selling this to cities. And (I think) it’s “successful” at raising land values like crazy. However, that doesn’t mean I think it’s the right thing to do.

I’m also not against urban stadiums, but I agree with you that they aren’t the clear-cut benefit they’re sold as. 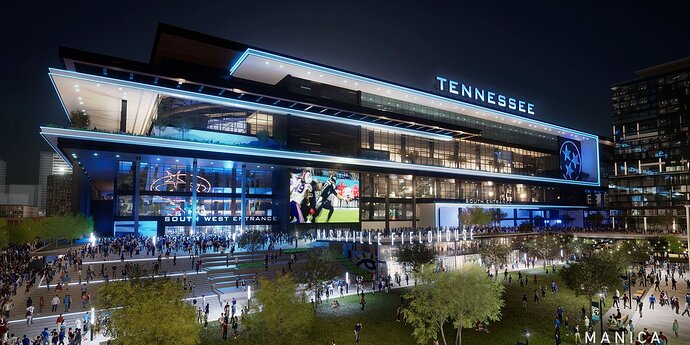 The Nashville Chamber announced it supports a new, domed stadium. 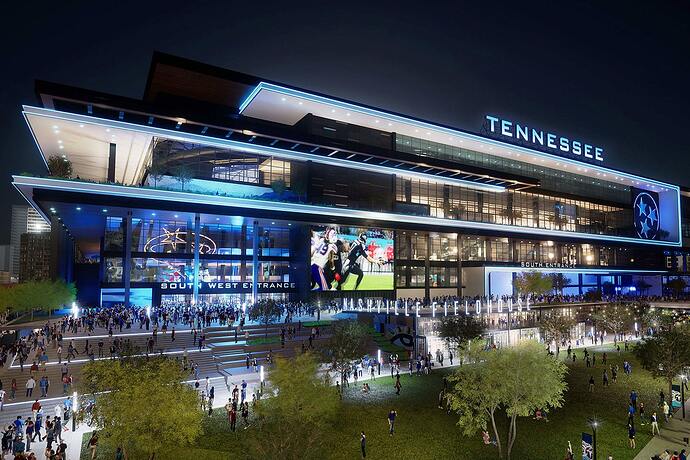 A new Tennessee Titans stadium tax fund is scheduled to pay for Nashville revenue bonds on the proposed $2.1 billion stadium.

„ The terms backed by Metro Sports Authority on Monday include: