A neuroscience research center and a mixed-use project in Miami’s Overtown are together seeking $13.5 million in bond funding through the Miami-Dade County Commission.

Funding for both projects was recommend by the Economic Development & Port Committee Thursday. The financing would come through the Building Better Communities General Obligation Bond Program, which is repaid over time using property taxes, according to the South Florida Business Journal.

The Neuroscience Centers of Florida Foundation is seeking $7.5 million in bond funding for “Project Mercy,” an ambulatory care center. Overtown Gateway Partners, a Miami-based company, applied for $6 million in bonds to fund a mixed-use project of the same name. The project includes apartments, entertainment venues, retail, office space and a hotel. 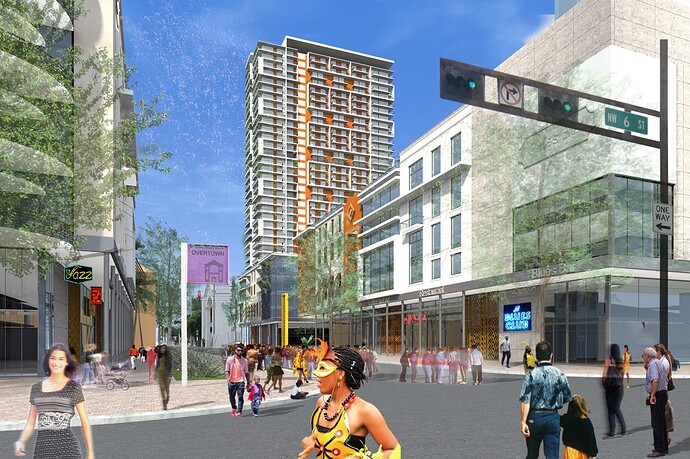 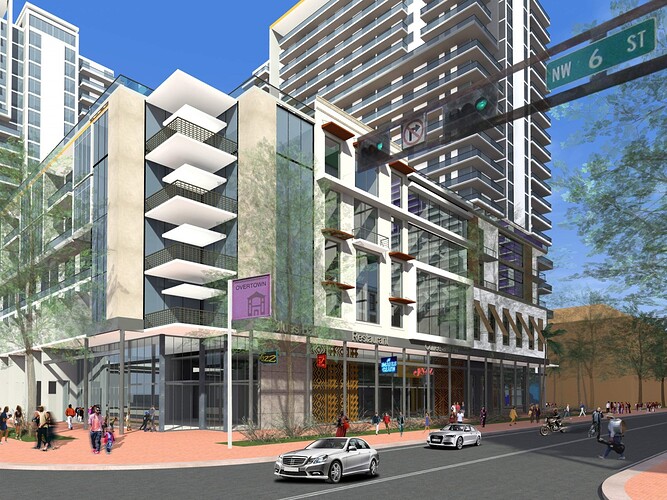 County commissioners voted yesterday to approve a $6 million subsidy to Don Peebles and Barron Channer for the Overtown Gateway project.

The project is being built on land once owned by the county known as Block 45 and Block 55, which was later deeded over to the Overtown Park West CRA.

Funding will come from bonds that have already been approved by county voters but had not been allocated yet. Property owners in Dade County will pay back the bonds through an increase in property tax.

The workforce housing will be priced to be affordable to those earning close to average median income for the county.

About half of the $6 million in funding will go towards the creation of 150 public parking spaces, with the rest allocated to infrastructure such as street, sidewalk and utility improvements. The developers estimate that 423 permanent jobs will be created.

The developers are working on obtaining $80 million in financing, which hasn’t been finalized yet.

Walked by this yesterday since it was a block away from the transit center project. Seems that 1/2 of this large project is well underway. The half near 8th st is still an active parking lot though. 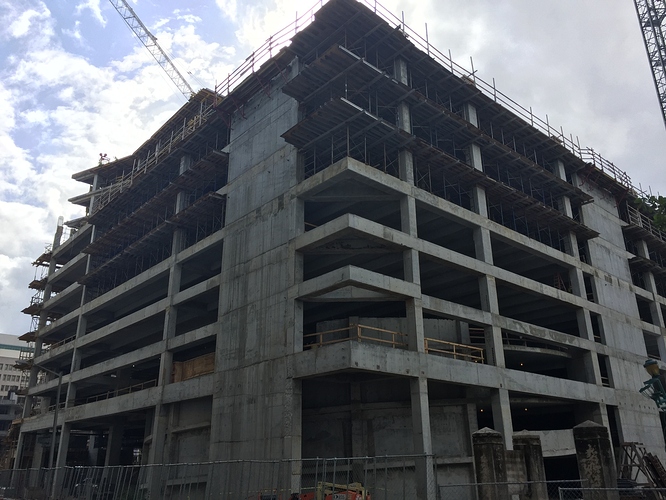 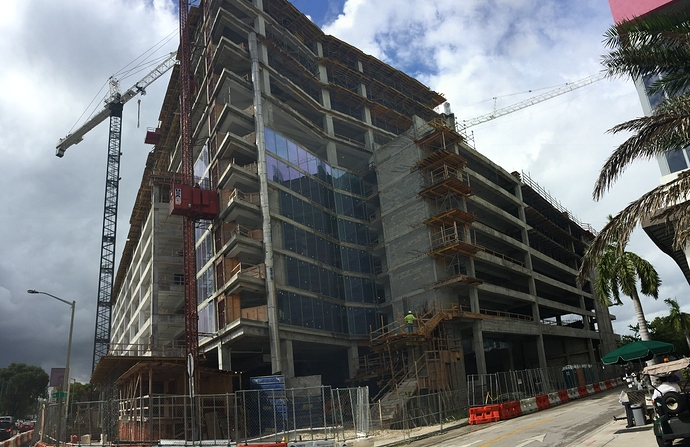 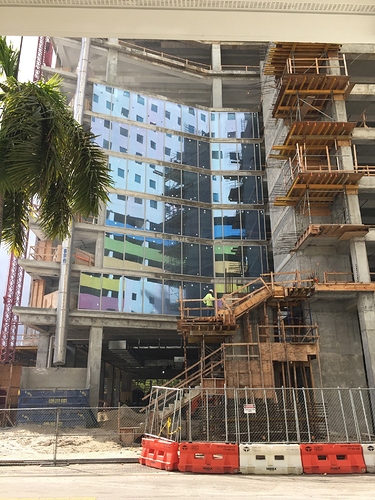 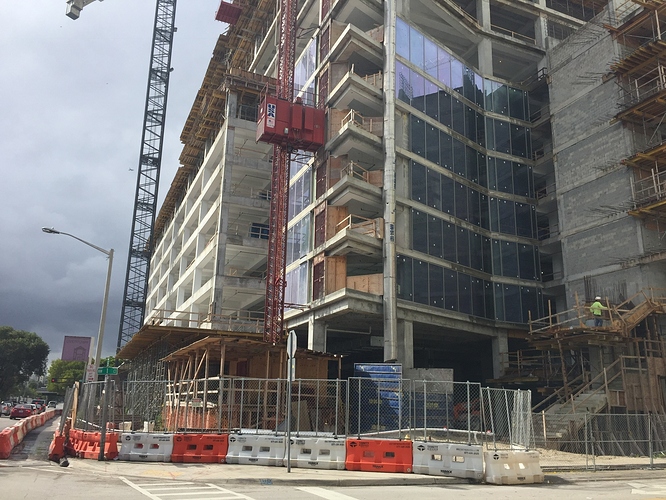 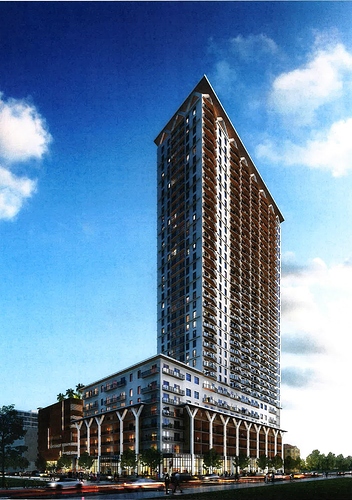 Brightline’s 3 MiamiCentral is across the street, including the headquarters office of Virgin Trains.

Earlier this year, the developer beat out a competing bid for the property and won the rights to a 90-year ground lease from the county.

The original proposal had called for twin 29-story towers. A single, taller 36-story tower is now proposed, but the amount of apartments, parking spaces, and retail remains roughly the same.[/COLOR][/B]

There will be 98 micro-units, and some of the units will be set aside for affordable and workforce housing. A waiver to build 30% less parking than required by city zoning code is also being requested.

The project is set for review by Miami’s Urban Development Review Board on September 18.

Bermello Ajamil is the architect.

Planning Department has given this one an okay as of this month. Construction permit is pending. 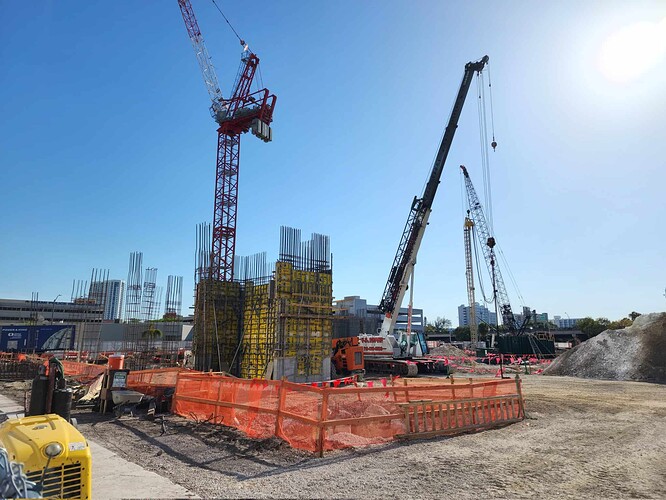 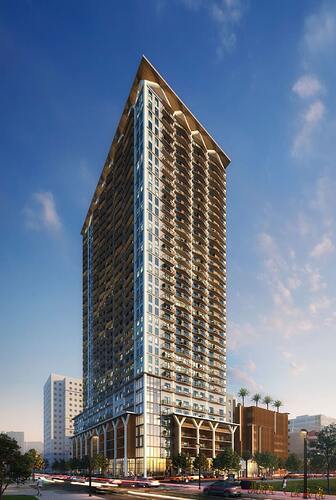