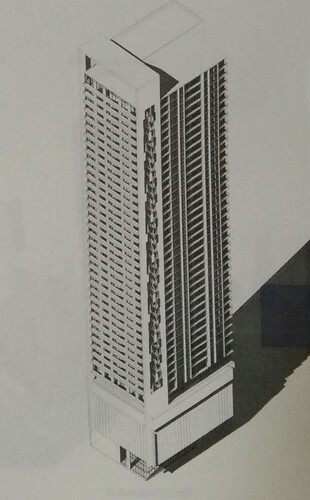 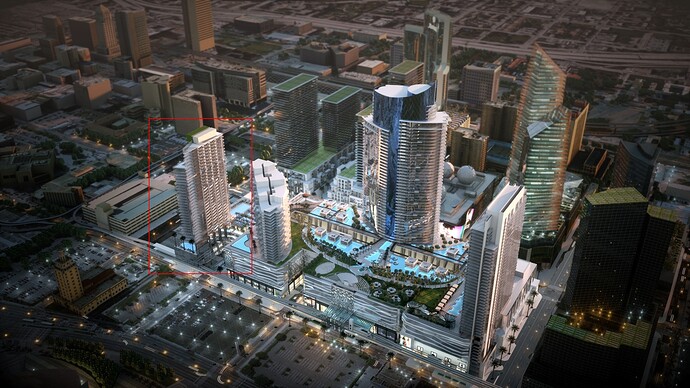 A second residential tower is in the works at Miami Worldcenter.

The 45-story tower is simply called ‘Tower 1′ in plans recently submitted to Miami’s Planning Department. It will be located at the south entrance to The Mall at Miami Worldcenter, at NE 7th Street and NE 2nd Avenue.

It isn’t clear who will develop the tower, although Newgard Development’s Harvey Henrandez has said that he plans to build a residential project at Worldcenter.

Paramount at Miami Worldcenter is also included in Worldcenter’s first phase, which is set for review by Miami’s UDRB next week. Paramount will include 493-units in a 58-floor, 706-foot tower.

Construction on the first phase (which is separate from MDM’s Marrriott Miami World Expo Center) is planned to begin in the first quarter of 2015.

this project includes two towers, and is known as the Worldcenter 7th Street Apartments. The first tower is well U/C. 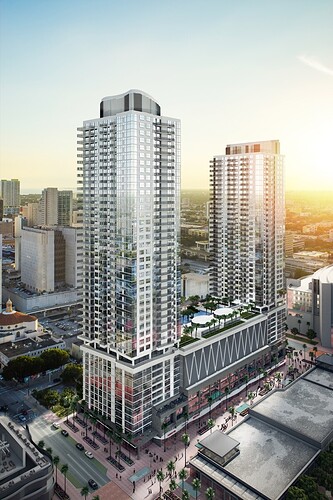 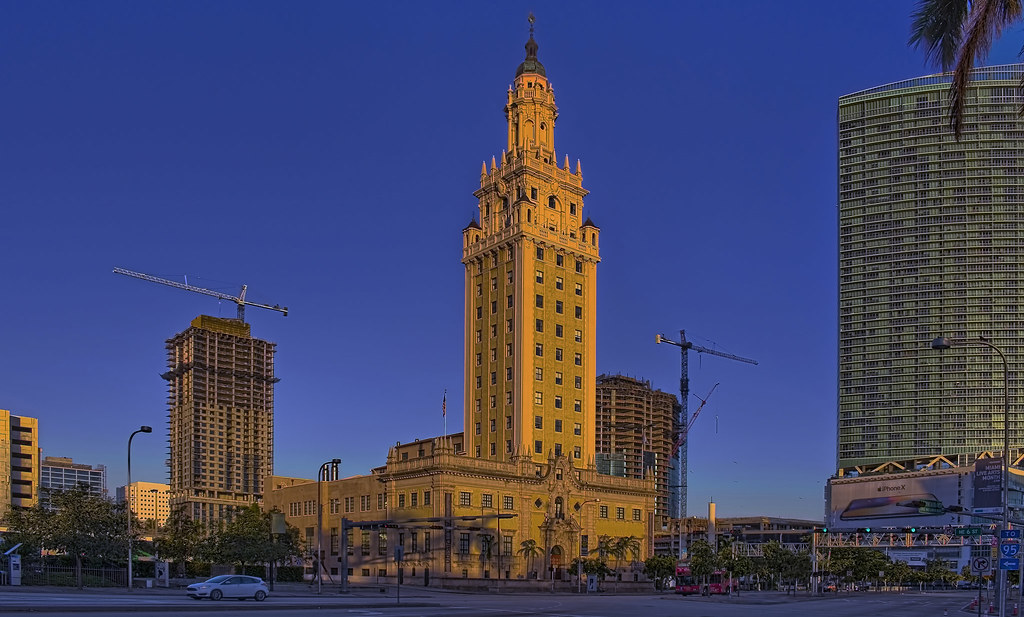 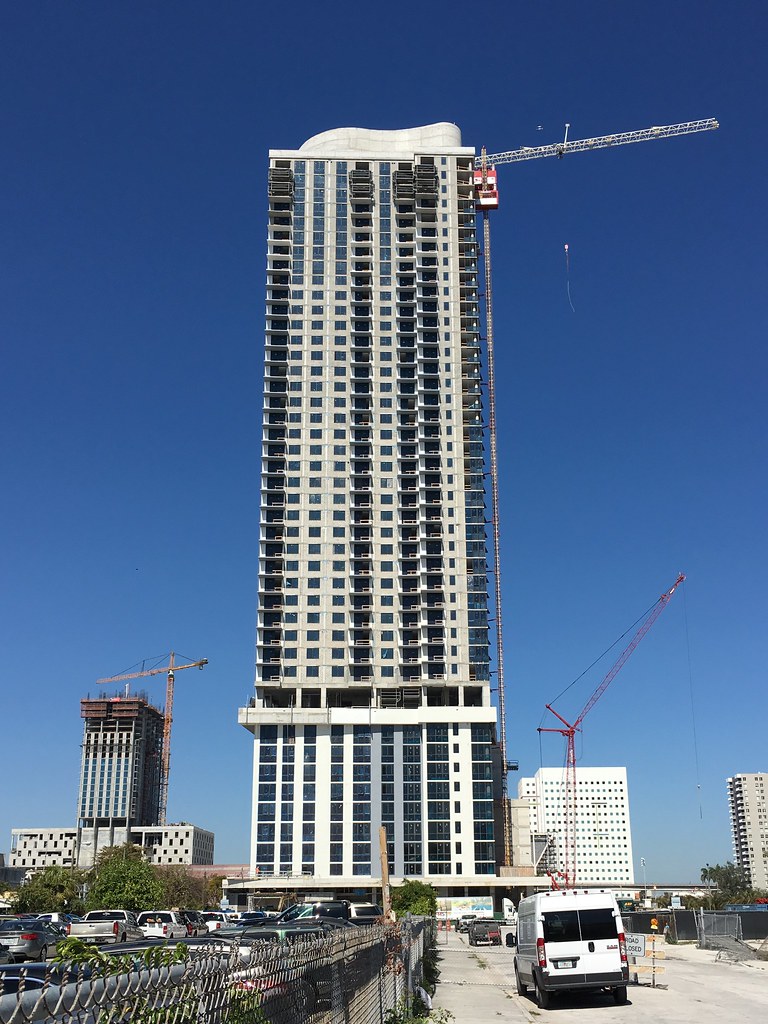 I love Miami, but its architecture is largely lame. 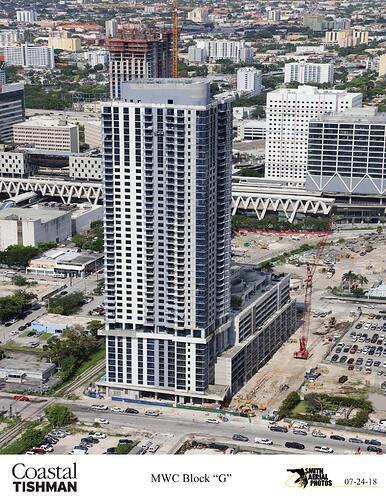 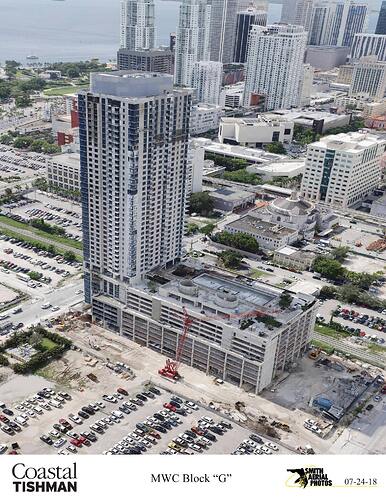 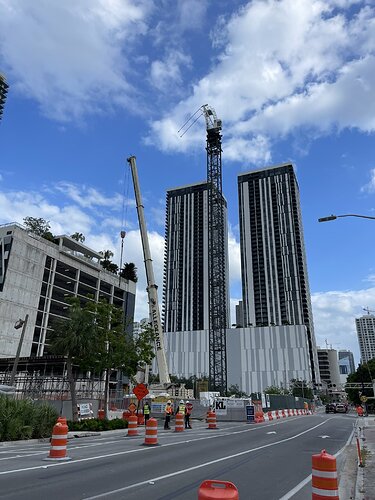