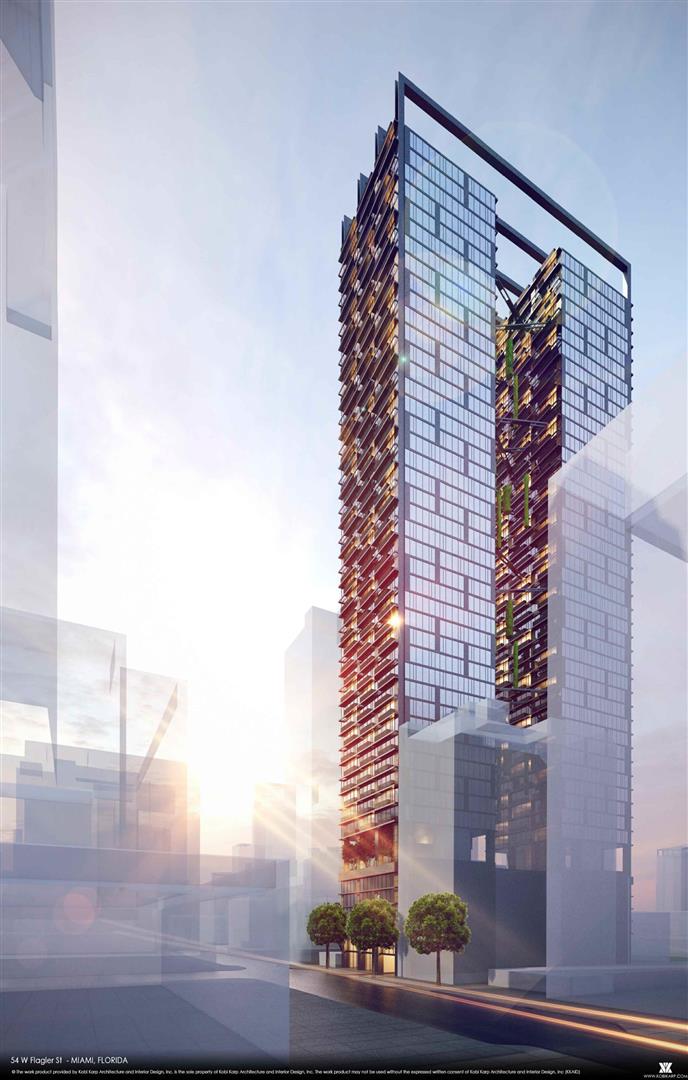 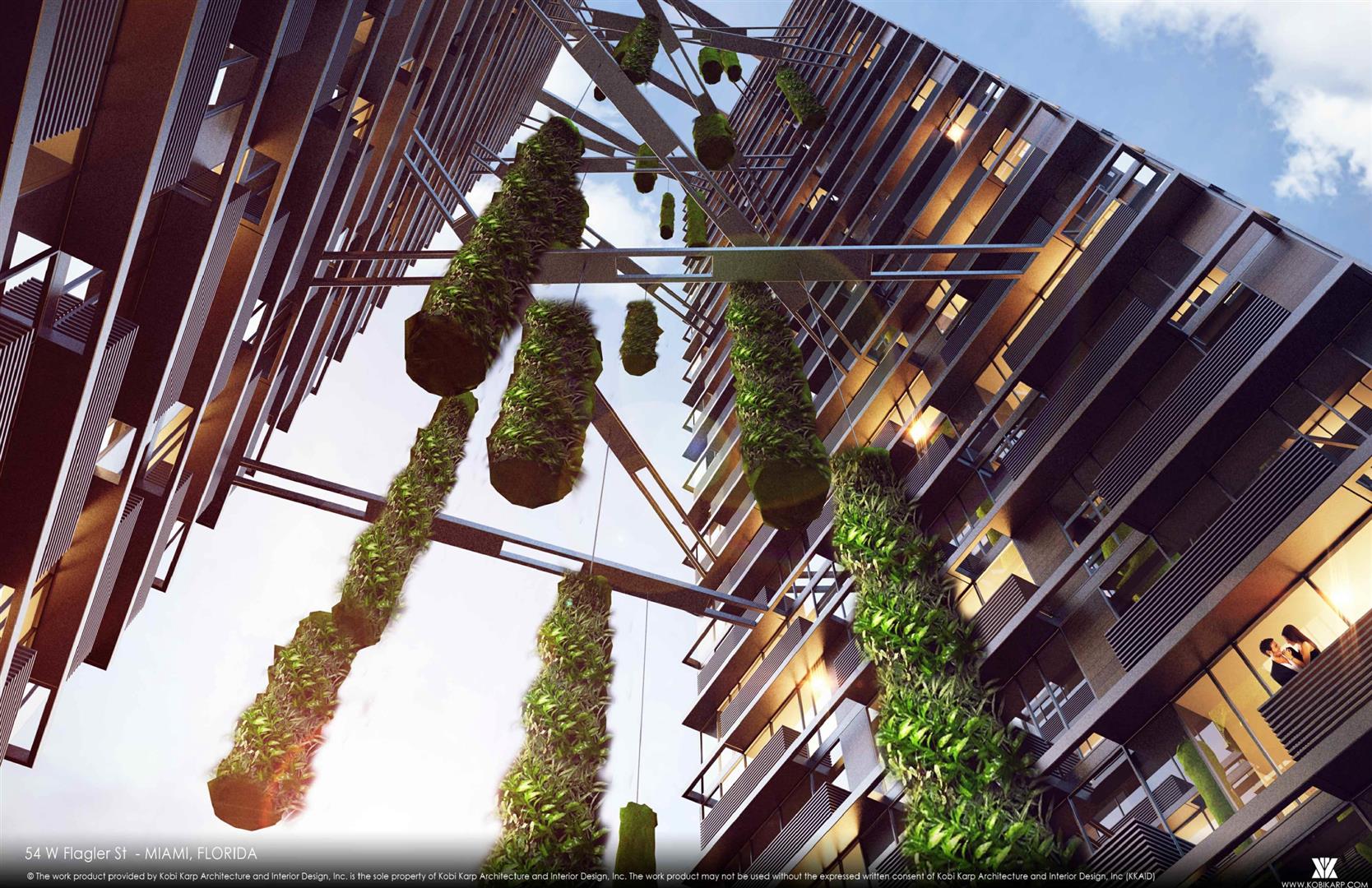 A Miami board has approved a variance needed to build a twin-tower residential project on Flagler Street.

The Planning, Zoning and Appeals Board voted on April 6 to allow for zero-foot setback above the eighth story of the project, due to a non-conforming lot size. Normally the Miami 21 zoning code would require a 30-foot setback on two sides.

In addition to the variance, the project is requesting five waivers that can be approved by city staff.

If built, the project would include two 43-story towers with 391 units. A “secret garden” would separate the two towers.

The owner of the property is a company controlled by Russell Galbut and Andrew Resnick, but Alliance Capital of Brooklyn has a contract to purchase it.

Wow thats original to say the least. Dont know if its hurricane safe though hahaha.