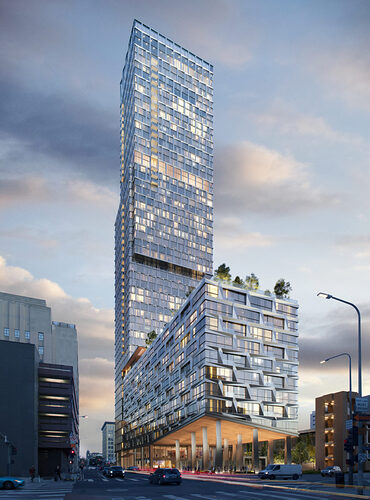 889×1200 203 KB
„ Rising elegantly above, the glass tower reaches 570 feet to an illuminated, angular crown, adding dynamism to the evolving LA skyline. The 56-story project includes 700 apartments, ranging from studios to two bedroom units. The massing of the tower is split in to three distinct volumes separated by the buildings amenity spaces: a large pool deck with cabanas and grilling stations on the 11th floor, a landscaped terrace with views to downtown and the Hills on the 39th floor, and a rooftop sky park.“ 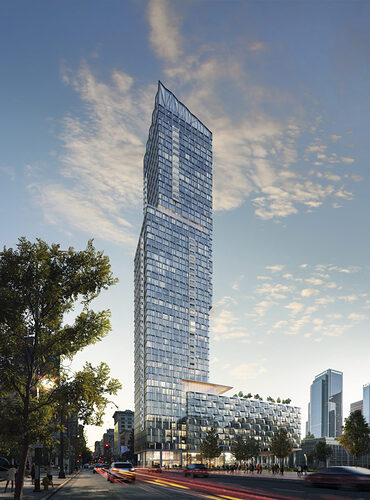 Ngl I thought this was Chicago for minute. Dunno why lol.

The area around the new 2nd/Broadway subway station is going to add a whole new dimension to the DTLA skyline.

This site is saying 2025 completion 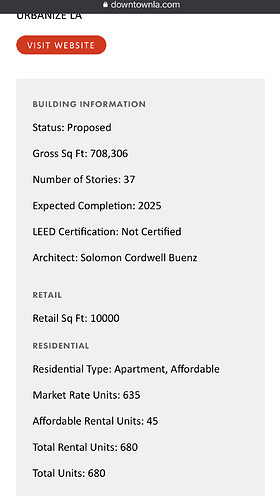