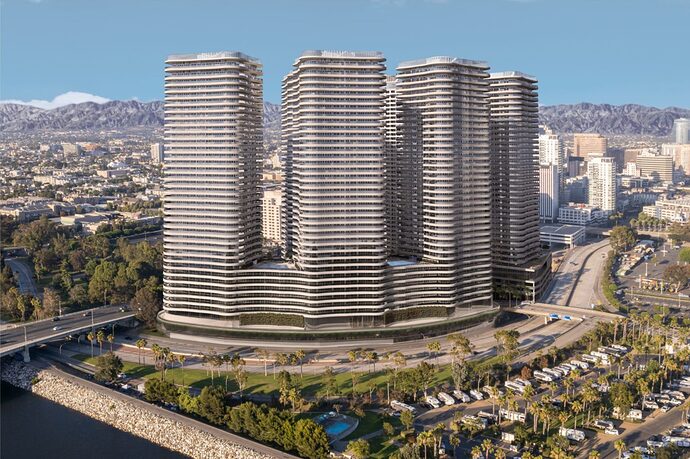 A luxury high-rise mixed-use project has been proposed for construction at One & 11 Golden Shore and 400 Ocean Gate in Golden Shore, Long Beach. The project proposal includes the development of a high-rise complex featuring condominiums, a hotel, and commercial space. Existing development totaling approximately 294,003 square feet of office and retail floor area will be removed as part of the project.

The Friedmutter Group and The Michael Anthony Group are the project developers. Ark Architects is responsible for the designs.

The project site is a parcel spanning an area of 5.87 acres. The proposed project aims to provide space for residential, office, retail, and hotel uses along with onsite parking and open space. The project proposes two development options, a residential option and a hotel option. 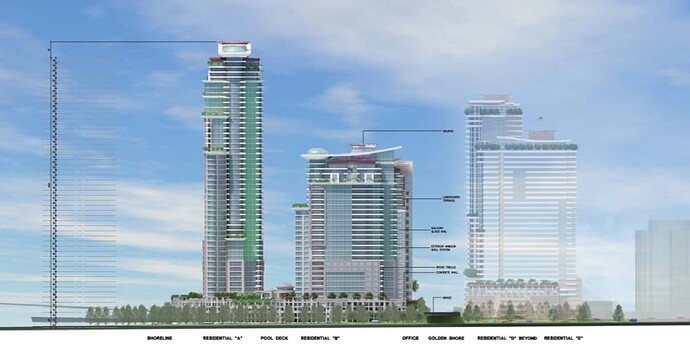 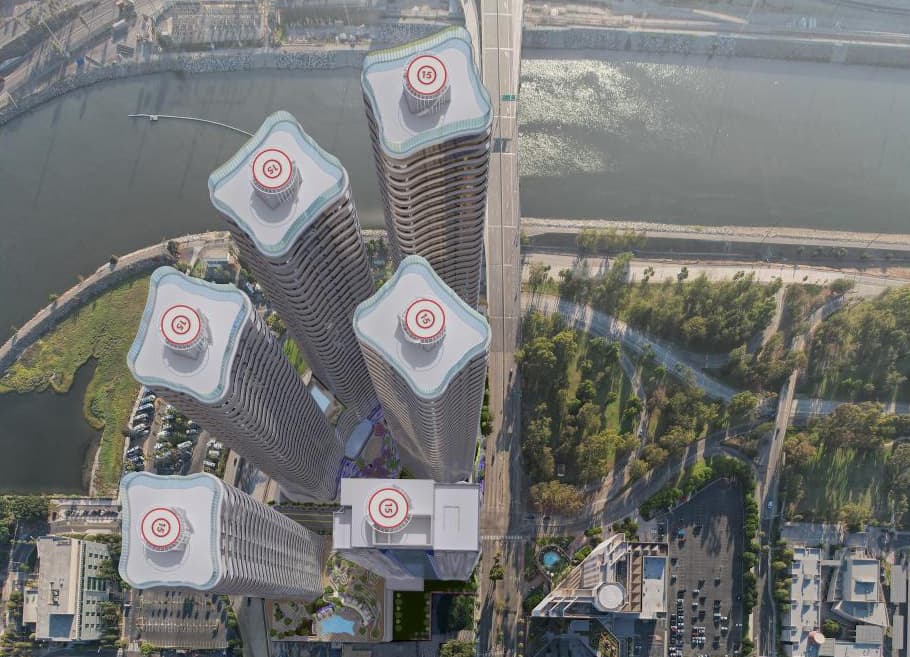 The project site is located within the highly urbanized Long Beach downtown shoreline district at the terminus of the I-710 freeway. The development will stand peer to the existing adjacent high-rise buildings housing the Hilton Hotel and One World Trade Center to the north and the Arco Center, along with other residential and mixed-use high-rise developments along Ocean Boulevard to the east. The Los Angeles River and Ocean Boulevard bridge are located immediately to the west. The Golden Shore RV Park, Chancellor’s office, and Golden Shore Marine Biological Reserve are located to the south of Shoreline Drive.

Amen. I’m excited for the future of Long Beach — with its great climate, relative affordability, thriving tech scene, walkable core and beachside downtown, it could be a sleeping giant.

Unrelated to this development, but on the topic of downtown Long Beach, I’d love to see the Angels move to the Elephant Lot — the vacant waterfront lot a short walk from the downtown LB Metro station, which the team has considered in the past. Wouldn’t be a cooler ballpark in America (and I’m saying that as a Giants fan).

Hope this gets built. Too many LA nowadays have been stalled, cancelled or you just don’t hear about me anymore.

Seen so many similar high rises going up so close to each other gives me an asian city vibe. Interesting to see this type of development in California.

That whole area has too much surface parking, parking structures and bad retail/chain restaurants for being right next to the water.