The state of NJ is advancing a plan to redevelop LSP 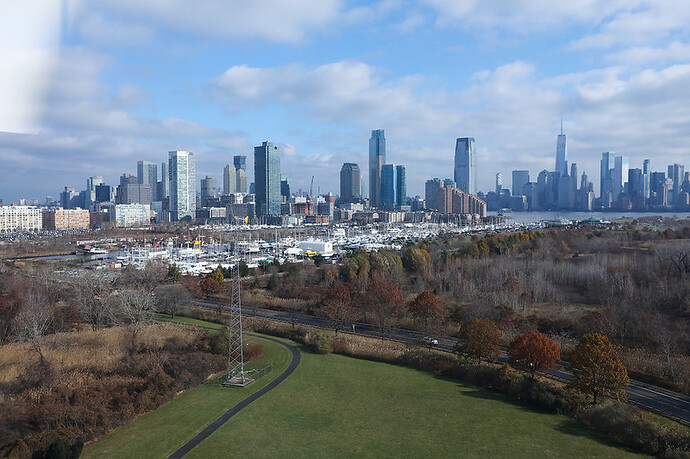 A Senate panel advanced a bill that would allow development in Liberty State Park, despite environmentalists' objections.

The more controversial parts of the plan would develop 100 acres, including:

The plan also calls for environmental improvements to protect the park from flooding:

Here is the proposed master plan 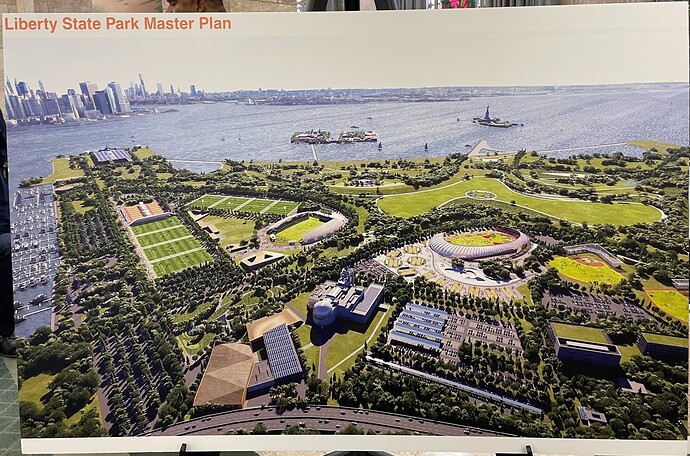 That is amazing! Let’s get it built!

If this is all built I can see that 5 million + number doubling or so.
Might be the second best park in the area when completed, behind central park.

Yeah, this is not the way to go. This is all under the influence of a certain billionaire, Paul Fireman, who owns the Liberty National golf course next door. His plan is to allow privatization of the state park so it would allow him to bulldoze a nature preserve for 2 or 3 extra holes on his golf course - which of course isn’t shown on that rendering. This rendering has never been seen by anyone until it happened to coincide with the introduction of that bill.

Please support the “Liberty State Park Protection Act” which would move forward with all the community led efforts to open the interior of the park for passive recreational use, and ban large scale privatization of the interior of the park like in that rendering. I know my post reads like an ad, but for those who live and use the park actively, the last thing it needs are giant stadiums. The park definitely needs help, but turning it into this will not make it better. 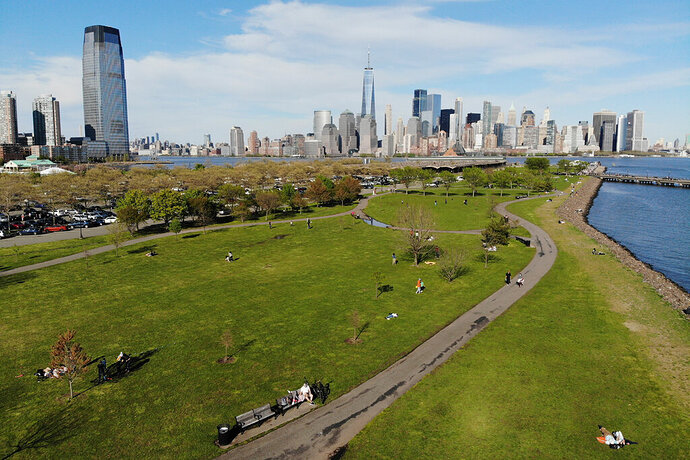 Proponents of a free and open park, who have batted back decades of for-profit proposals for Liberty State Park, worry new legislation could set a dangerous precedent for parks nationwide.

That’s unfortunate, this looked good too. 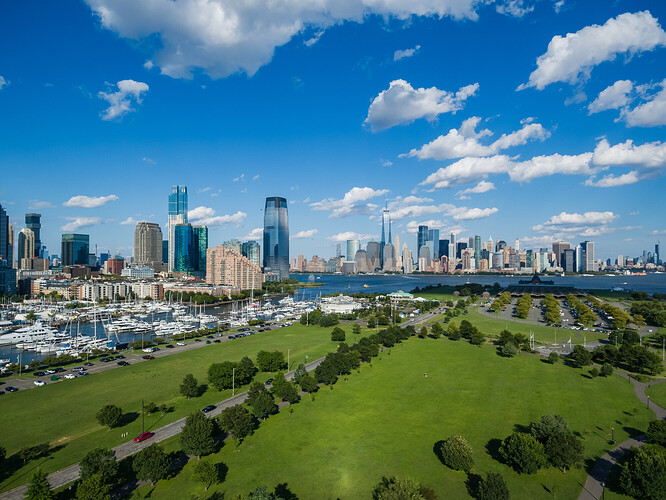 Critics of the bill unsuccessfully fought for a ban on large-scale development and protection for a bird nesting area.

It’s heading to the Governors desk 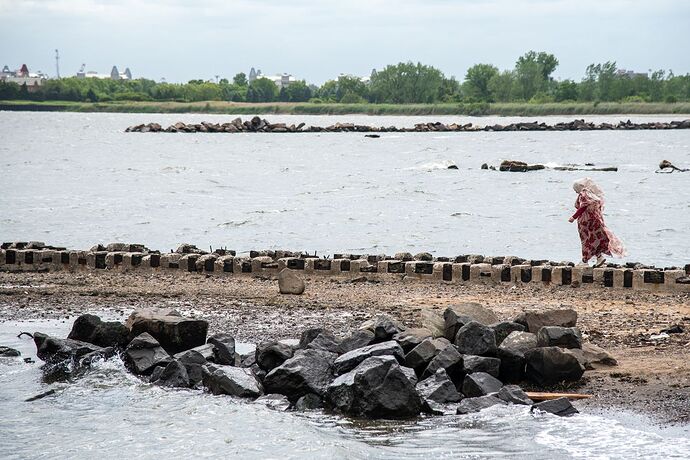 The original $250 million influx of cash to Liberty State Park baked into the bill has been reduced to $50 million in an amended version. 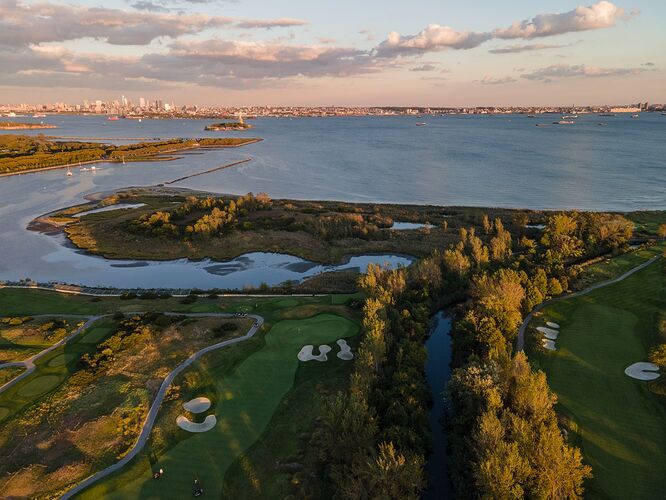 Stack's new bill could have been included in the Liberty State Park redevelopment bill, so critics are not optimistic it will go far. 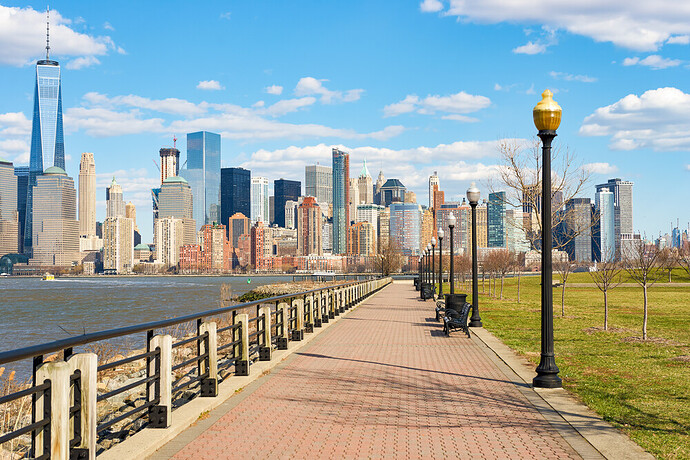 What’s next for Liberty State Park after the new redevelopment law?

Activists see the recent passage of a new redevelopment bill as another battle over the fate of the park. 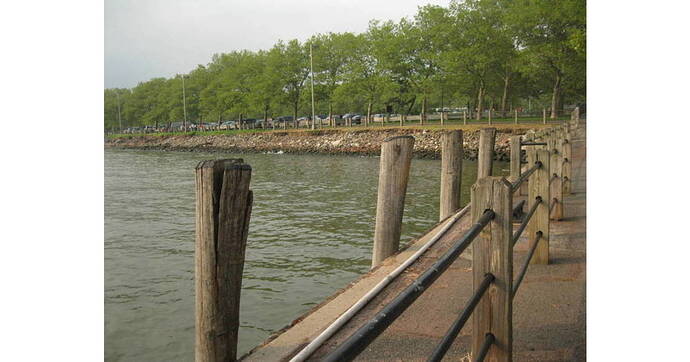 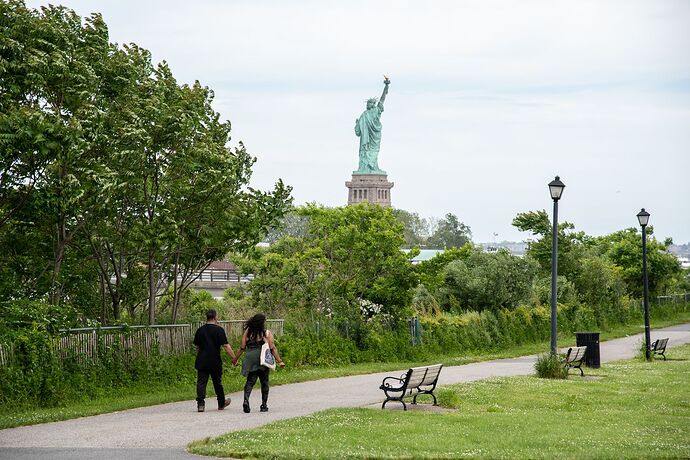 The application requires bidders to take into account the diversity of LSP’s surrounding communities, the need for equitable recreational and cultural opportunities and local participation and benefits. 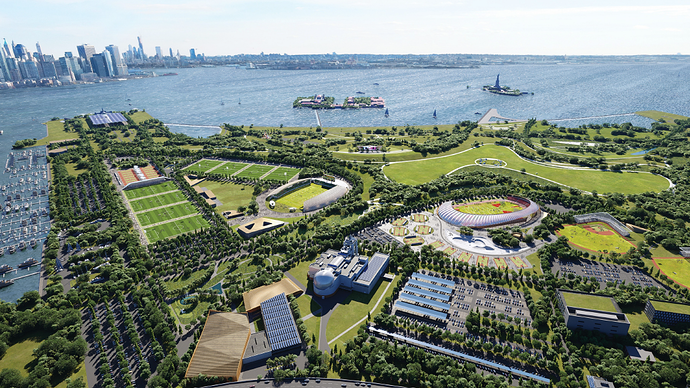 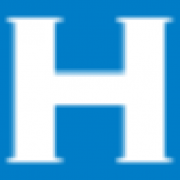 Dont believe a word of this grift.

The developer is only interested in expanding their golf course and destroying the park. This a slow motion tragedy that a future generation will probably have to undo. 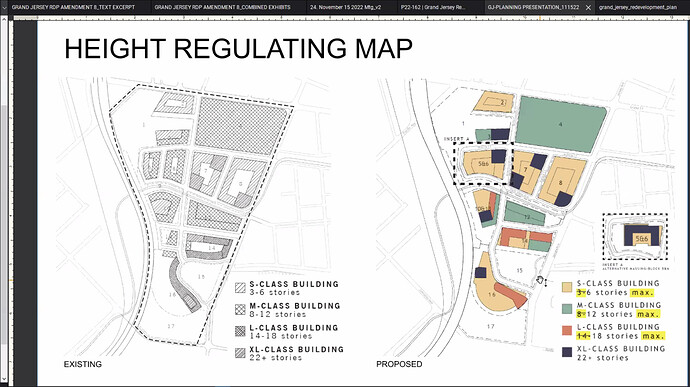 The Jersey City Planning Board has approved the Grand Jersey Redevelopment Plan, a project which would make changes to the street grid near Liberty State Park. With the support of a unanimous vote (9-0) from the board, the project is now underway,...

In the lot plan from that article, lot #2 was recently cleared. It used to be a bunch of smaller lots, all covered in trees. Passed by this afternoon and it’s cleared for construction now.

This area is just really ripe for development so that’s exciting.