The Fort Lee Planning Board unanimously approved FLRA’s site plan for Redevelopment Area 5 East parcel, but not everyone was sold.

The Fort Lee Planning Board approved Fort Lee Redevelopment Associates (FLRA)’s site plan for the East parcel of the long-vacant Redevelopment Area 5 on Monday. , which the board approved unanimously, includes two 47-story towers with 902 luxury residential units, a 1.7-acre public park, a restaurant and a small movie theater, among other amenities.

“These buildings are going to be iconic in nature; they’re going to be a statement made that will be very beneficial to the community,” said James Demetrakis, the attorney representing FLRA, of the plan’s primary feature, the two roughly 500-foot towers.

But not everyone who attended the Planning Board’s sixth public hearing on Phase 1 of the massive development project on the 16-acre area just south of the George Washington Bridge were satisfied with how the process has played out.

Planning Board chairman Herbert Greenberg allowed public comment at the beginning of the meeting Monday because, he said, “a lot of people didn’t have an opportunity to make a statement” due to the length of many of the meetings.

“It has been made clear by both the borough counsel and FLRA that this project will move forward regardless of what the public wants,” said Fort Lee resident Diane Sicheri. “These proceedings have only allowed the public to give input on the kind of vegetation around the site and how many benches are in the park.”

She said things like traffic in areas “indirectly affected by the site,” how property values would be affected, the tax burden on current residents, the impact on already overcrowded schools, and the height of the buildings—something about which several residents expressed concern—do matter to her.

Greenberg said that given the “developers’ agreement between the governing body and [FLRA],” the Planning Board was limited in what it could address.

“Specifically, we can only address traffic, life safety and other elements like parking,” he said.

But Fort Lee resident Nina Levinson pressed forward with her concerns anyway, saying the height of the towers will “set a precedent” in the borough and pave the way for other developers to follow suit.

But not everybody in attendance was against the plan. board president Kenneth Bruno, for example, said GFLCC supports the plan.

“This blighted eyesore has sat vacant for nearly 40 years,” Bruno said. “The chamber sees the plan as presented as a great boon to the Fort Lee business community.”

Howard Tavin, a 45-year resident of Fort Lee, however, lamented, “the eroding of the quality of life” in the borough, and suggested the development would only make matters worse, especially given the potential impact on traffic.

“I feel we don’t need high-rises of this nature,” Tavin said.

Fort Lee resident Ruth Adler asked, “Has anybody considered the height of the building being too high?”

Noting that the length of the property is about 1,000 linear feet, and the towers are each only about 67 feet wide, Demetrakis said the project was in fact creating “a lot of open space.”

“If you want to be sensitive to the environment and sensitive to your neighbors, you try to create as much open space [as possible],” he said. “[FLRA] was looking to do something that would be beneficial to the community and not stifle the light and air and openness by making short, fat buildings. That’s the bottom line.”

He added, “You enhance the environment by going up instead of going low and squat.”

At a meeting scheduled for April 9, the Planning Board is set to review the next phase of the project—Tucker Development Corporation’s mixed-use plan for the West parcel, which would include an additional 475 high-rise residential units, a hotel, 175,000 square feet of retail space and another, larger movie theater.

The Planning Board is requiring FLRA to continue working with the borough engineer as a condition of approval, according to a NorthJersey.com report on the meeting, in which Greenberg is quoted as saying, “Is it exactly what we all wanted? I don’t think so. But is it something we could live with?” 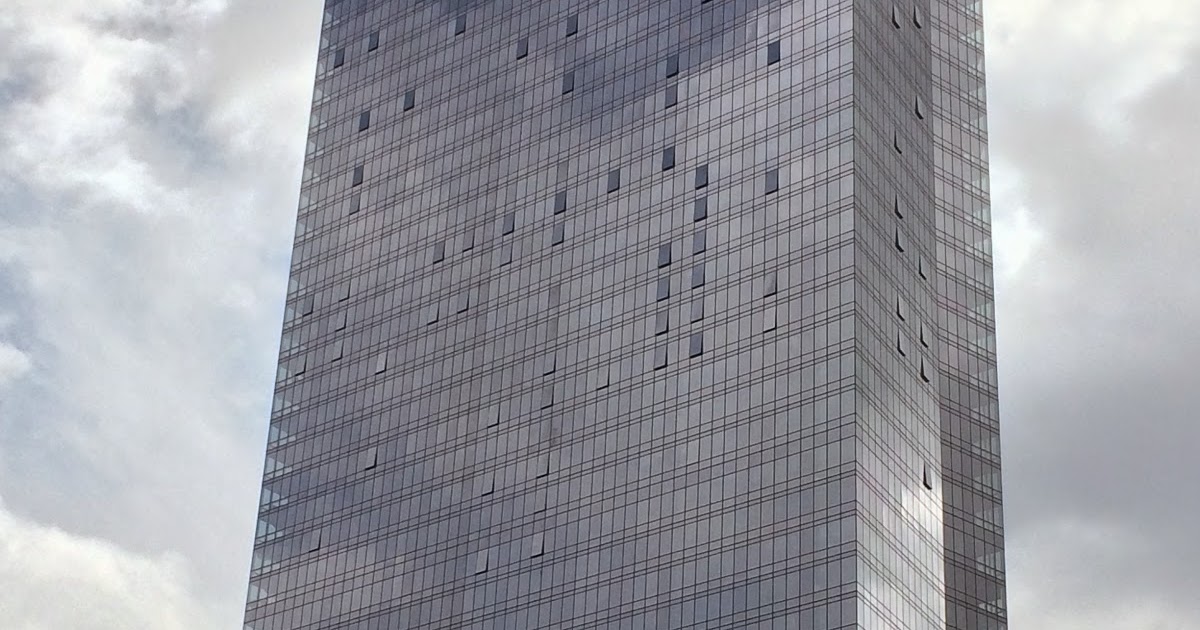 Publisher's rich friend was first to complain on GWB jams 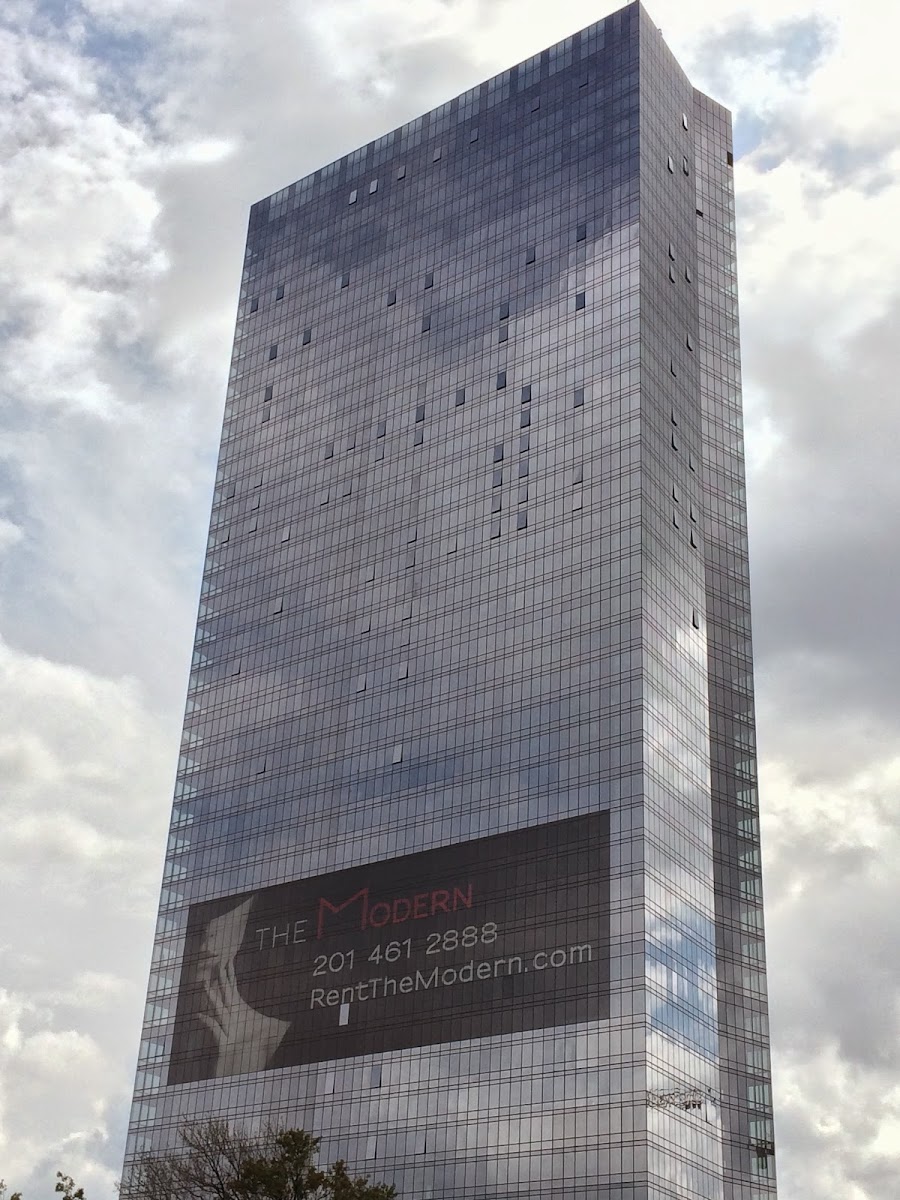 The new Fort Lee, NJ, rental tower The Modern was some 40 years in the making. To hear resident Larry Sharpe describe it, it was worth the wait. “You have every amenity in the world,” Sharpe says o…

Built by SJP Properties, the 47-story, 450-unit high-rise began leasing in September and opened to residents in November, but the story behind the development — which, when complete, will include another 47-story, 450-unit rental tower as well as a 2-acre public park — stretches back decades.

The Modern encompasses half of a 16-acre plot in downtown Fort Lee. Just across the George Washington Bridge from Manhattan, the land was a seemingly natural spot for development. Yet, since 1974, a string of builders have tried and failed to develop the site.

SJP plans to break ground on the project’s second tower in the third quarter of 2015 with completion expected in late 2017. 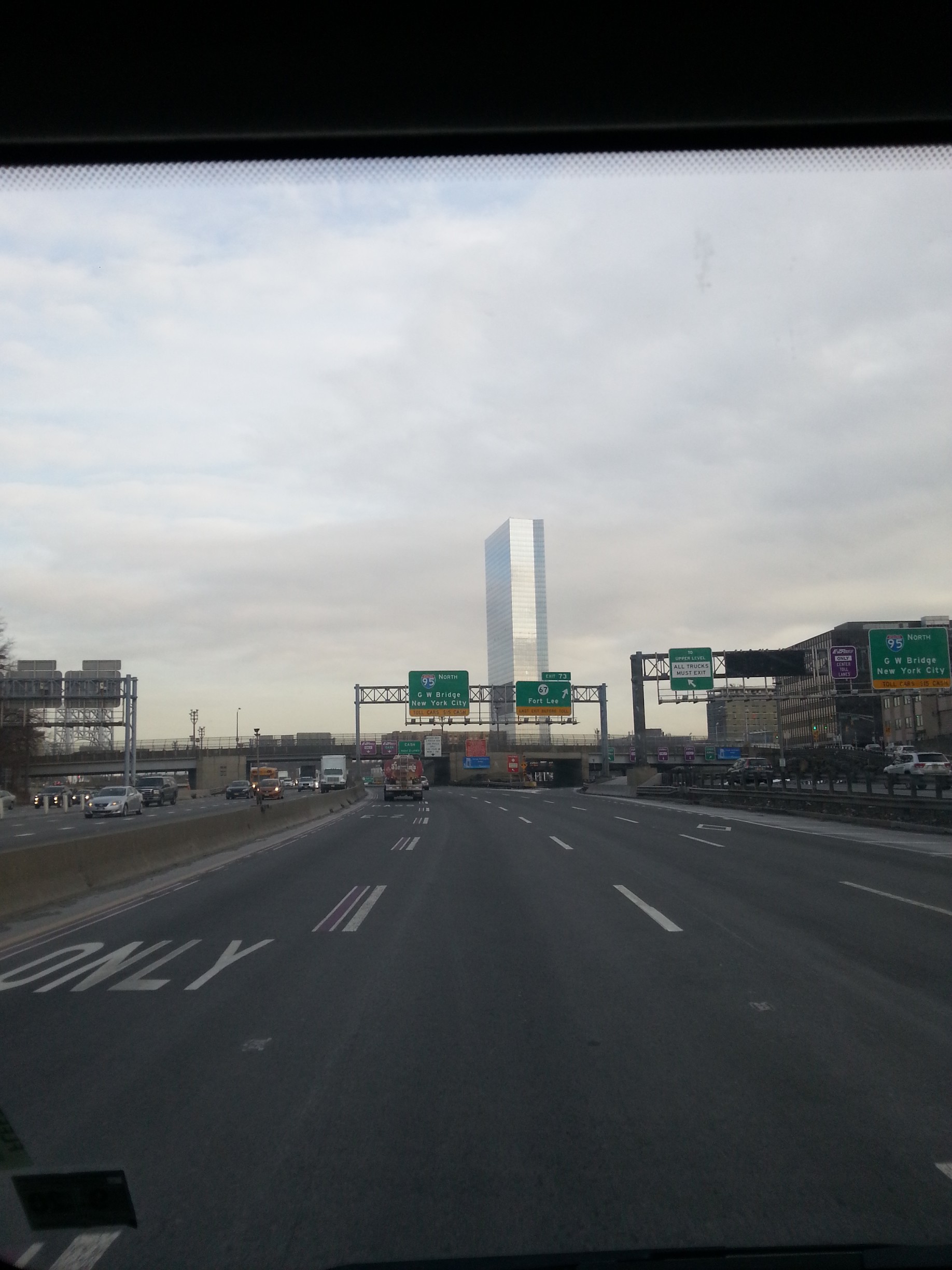 2nd tower is above ground!

That’s great. The twins will be a recognizable landmark by the George Washington Bridge. Motorists will drive under the Manhattan quadruplets and then by the Fort Lee twins.

Yeah! And the first modern looks pretty good so i think 2x of them will look even better.

Crane can be seen. Phase 2. 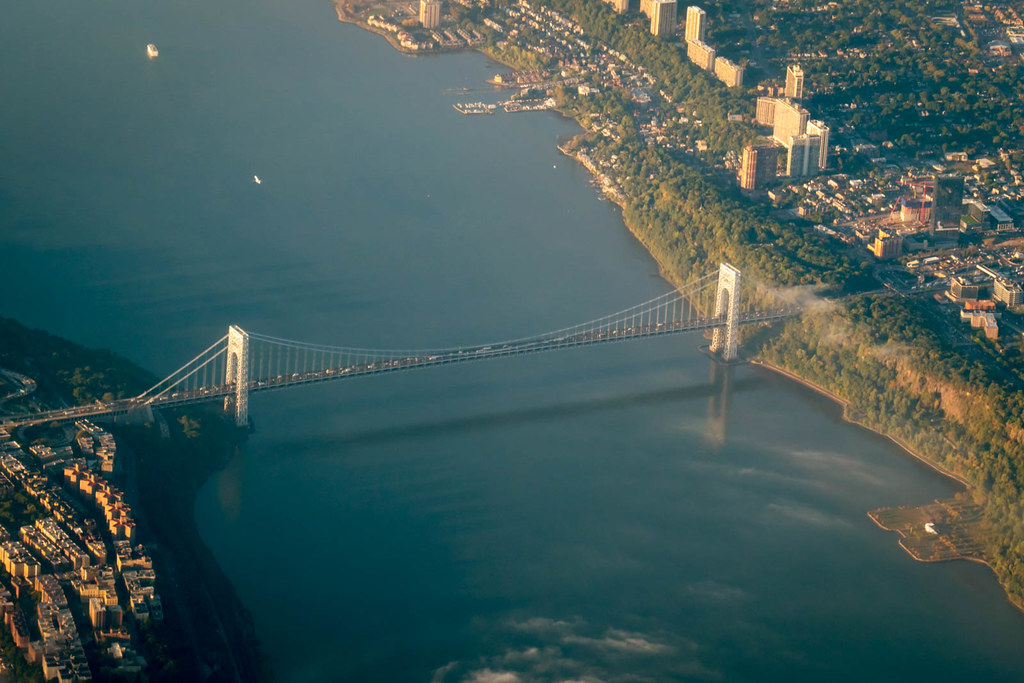 I’ll be damned!
That’s a beautiful and stunning picture!

Drove by this heading to the GWB today, and this is almost topped out. Form observation, phase 2 tower has about 4-5 floors until it reaches 498 ft.

Pic by me. Taken today. This is almost topped out!

The fog was thick yesterday. I could barely see the ESB and 432 Park looked like it continued into the clouds.

On a clear day though, the Modern is visible from Grand Central Parkway heading from LaGuardia. The height elevation adds a lot to the Washington Heights skyline bulk.