This is Related’s proposal for a Casino in South Loop Chicago, multiple bidders across the city. 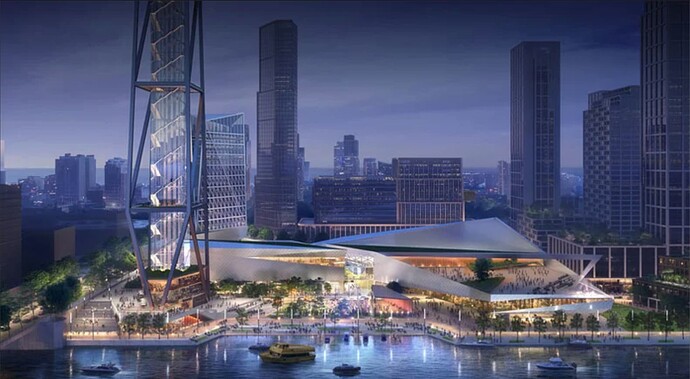 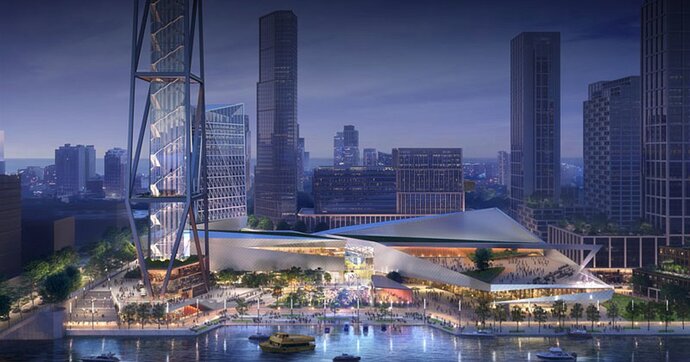 The team led by billionaire casino mogul Neil Bluhm offers a look at the proposed casino and says people of color will lead the design and construction.

Renders of other potential projects 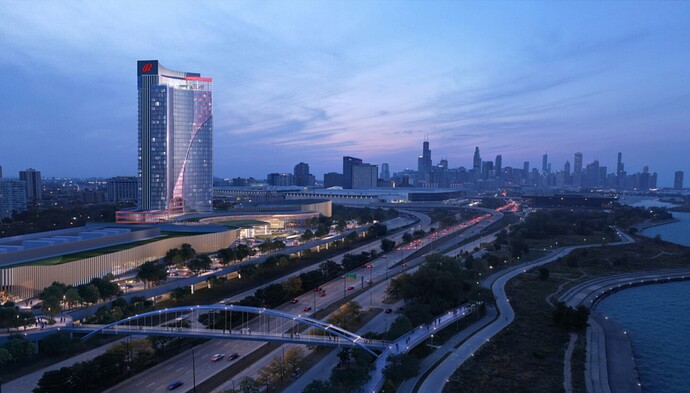 Bally’s Corporation submitted two of the five casino bids that are now under review by Mayor Lori Lightfoot’s office, but an alderman says one of their pitches should be “immediately eliminated.” 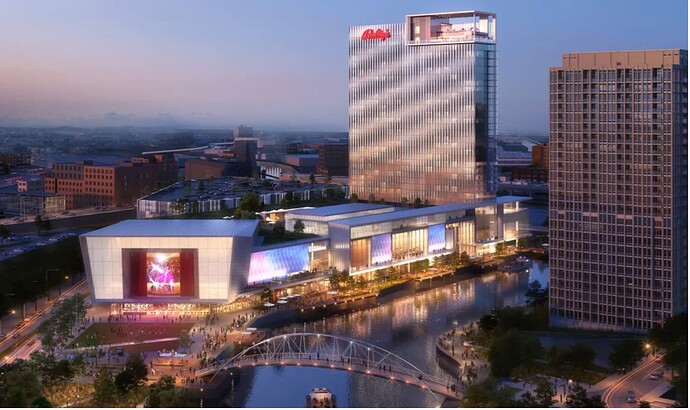 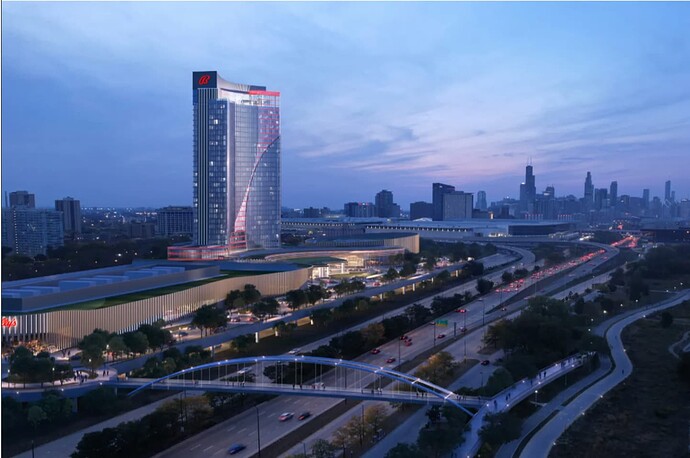 Well it looks nice (at least this rendering anyway). Not a fan of casinos but whatevs. Definitely love the waterfront areas, would be nice to sit there while eating.
Also out of these 3 renderings, the 3rd is the worst.

If Neil Bluhm/Related’s proposal for “The 78” is chosen and it is actually built to the quality of what is presented in the render Chicago would probably have the most iconic casino in the U.S. The other proposals so far are typical Chicago glass-box/podium fodder but the JGMA designed proposal is world class and would elevate the standards for modern Chicago architecture to a tier where it belongs and hasn’t been delivering on this century. Unfortunately, anything to do with Related is typically scaled-back, value-engineered to death and will take years longer to get off of the ground than any competent developer’s proposal would take. Related’s Spire site proposal is the best example of how they over-promise and under-deliver. They took David Childs’ would-be masterpiece towers and reduced them to slightly interesting.

Whether the “78” gets chosen for this casino spot or not, I hope it gets built somewhere. The design is amazing.

Honestly, Bally’s at Tribune is growing on me. Great location w/ good transit access to the rest of the city. For me, it’s a battle between Bally’s Tribune and the 78. Visually, Bally’s is not a stunner. I just love the location and how integrated the development is with the existing area. Although it’s completely exciting to see the 78 also develop the south loop, it was already going to be developed and include an entertainment district before the city announced they were looking to build a casino. Do you think the 78 would still be developed without the casino project? Would choosing the Tribune site allow the city to simultaneously develop two areas?

The City of Chicago has completed the first round of community presentations for the final three casino bids.

Who could have seen that coming… 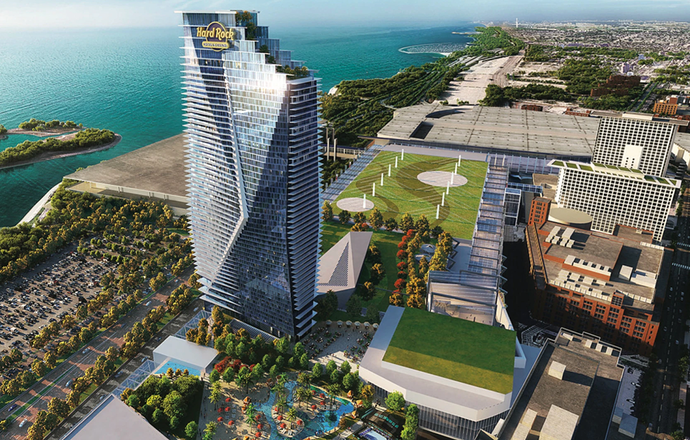 Her position leaves just one casino proposal — Rhode Island-based Bally’s plan to build a resort in River West — whose local alderman has not come out against a gambling site in their own ward. 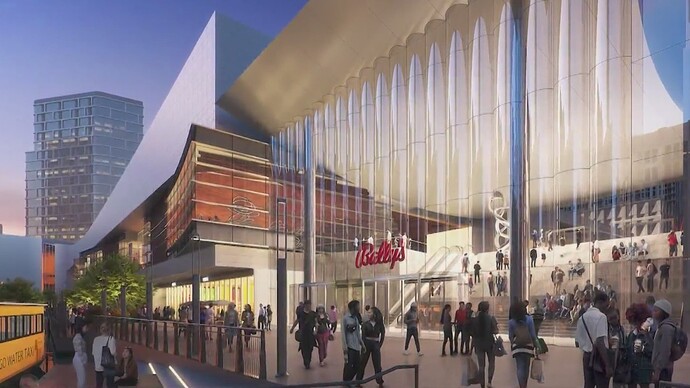 Bally’s presented to the Committee on Design today and I just captured a few screen shots.

There were good questions and comments about design excellence and how to make a truly urban casino.

Noting was mentioned about the bridge and I certainly posed the question in the ZOOM comment/? box.

I also commented that they shouldn’t reduce the currently approved FAR and should encourage more residential vs commercial.

Hopefully the Youtube version of the presentation will be posted in a few weeks.

Quote:
Originally Posted by r18tdi View Post
Curious of the COD brings up the Jefferson frontage and lack of bike infrastructure at today’s meeting. I’m hoping The Daily Line or Urbanize are tuning in to provide a synopsis.
The Jefferson frontage was brought up by Jeanne Gang and others agreed. Basically don’t make it a back alley. She suggested raising the entire structure 1 level, have parking below the casino floor and wrap that with active/commercial space. 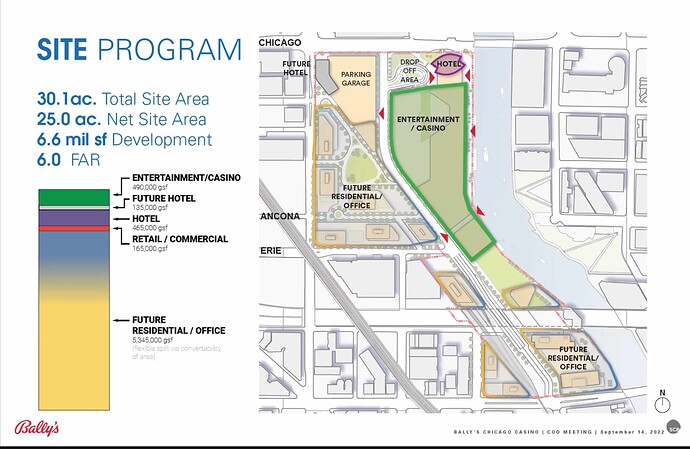 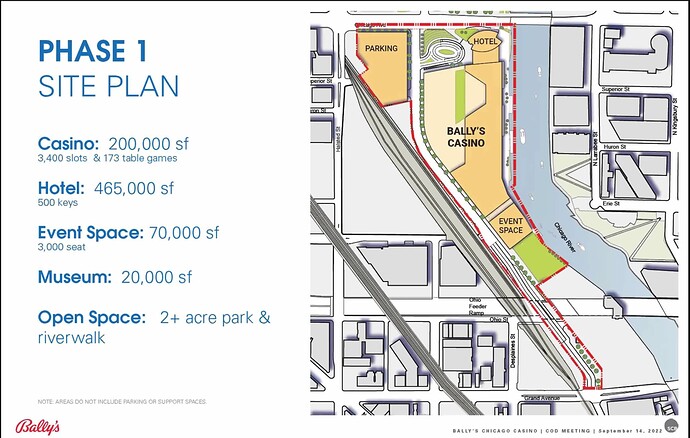 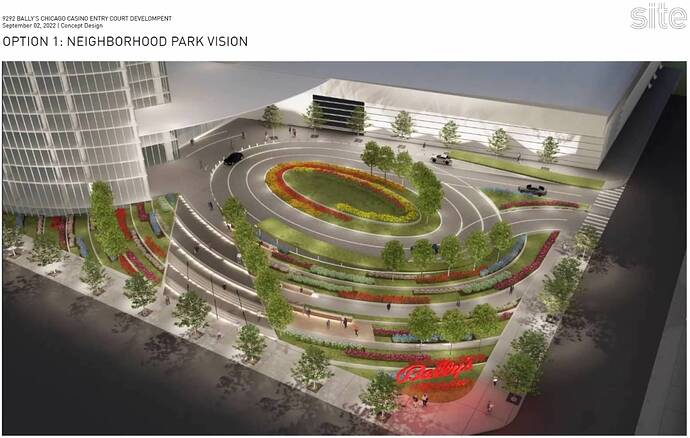 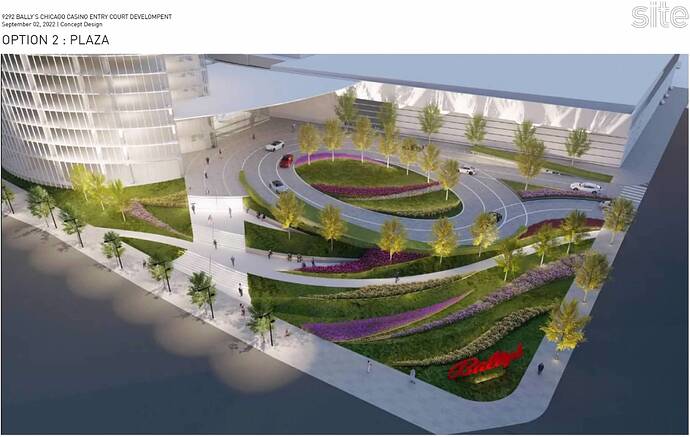 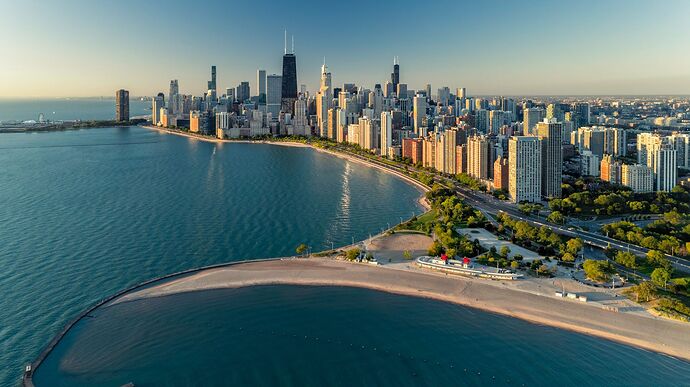