Plans for the first phase of the Richard Meier-designed Teachers Village in Newark have been closing in on completion, but it appears that something slightly larger is on the horizon, in the form of SoMA Newark. RBH Group, which is the firm behind the Meier project, has posted new renderings of their greater plan, and — assuming the scheme is actually built — the collective change will result in the complete rebirth of the city.

While Teacher’s Village will likely result in positive changes for the surrounding neighborhood, the up-swing in Newark is clearly just beginning. Bringing Richard Meier into the project could have an avalanche of positive benefits, and the starchitect’s brand should provide the necessary pull to begin attracting additional young professionals back to the city.

Per RBH’s page on the project, the group working on the scheme includes “Richard Meier & Partners Architects, LLP, landscape architect Field Operations, engineers ARUP USA, Inc., and LEED consultant Viridian Energy & Environmental, LLC,” as well as others that joined “as the concept matured and the first phase development known as Teachers Village emerged.”

Clearly, RBH has a comprehensive team working on its vision for Newark, and the quality of the new renderings — as well as Richard Meier’s involvement — gives credence to the idea that a massive transformation for the city is on the near-horizon. Indeed, RBH has acquired 79 different parcels encompassing 23 acres, which have collective development rights of over fifteen million square feet.

Converting Newark into a ‘Living Downtown’ is an equally important part of RBH Group’s vision for the city, with the SoMA plan bringing a significant amount of mixed-use space to the neighborhood, which will truly re-activate the old Downtown. Per renderings, the enormous office buildings are clearly the most obvious aspect of the plan, but the amount of residential space will also be significant, resulting in an active and vibrant streetscape.

Newark has a tremendous amount of potential and promise, and its recent revitalization is only beginning to accelerate; Teachers Village will open this year, but other major projects currently underway include new office buildings for Prudential, and a host of smaller residential developments. The Wall Street Journal recently reported on the gradual and sometimes rocky transition the city is facing, while still highlighting its upwards potential.

The SoMA scheme would boost Newark’s vertical profile significantly, and looks to include at least one potential ‘supertall’ standing over 1,000 feet. Altogether, the plan would add three major office towers, in addition to several slender residential skyscrapers. Collectively, the high-rises could even push Downtown Newark’s height past Jersey City and Downtown Brooklyn — though the apparent goal of a 2025 completion date leaves room for alterations before all aspects are constructed.

As prices in central locations continue to escalate into the stratosphere, the spread of development is inevitable, and pressure on New York’s peripheral nodes is finally reaching a boiling point. Imminent changes in Journal Square have so far been the best example of vertical potential, but in the near future, the growth of Newark could be even more significant. With a major airport nearby, and excellent accessibility to regional transit, the city’s renaissance is only just beginning — and as the SoMA plan illustrates, Newark may soon regain both regional and national stature.

The Singer & Bassuk Organization has arranged $27.5 million in financing for affiliates of RBH Group, Commercial Observer can first report.

The development parcels are located in the area south of Market Street in the city, also referred to as SoMa and will be part of RBH’s SoMa Newmark Development Project, which aims to transform SoMa by encouraging rehabilitation of the area as well as new residential and retail development. The project encompasses over 15 million square feet of development capacity within a 23-acre area.

the tower in this rendering sits at 909 Broad Street. 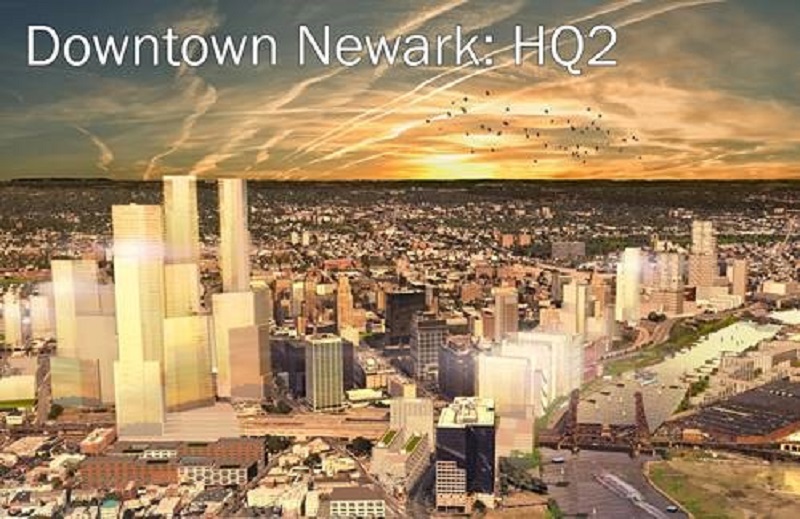 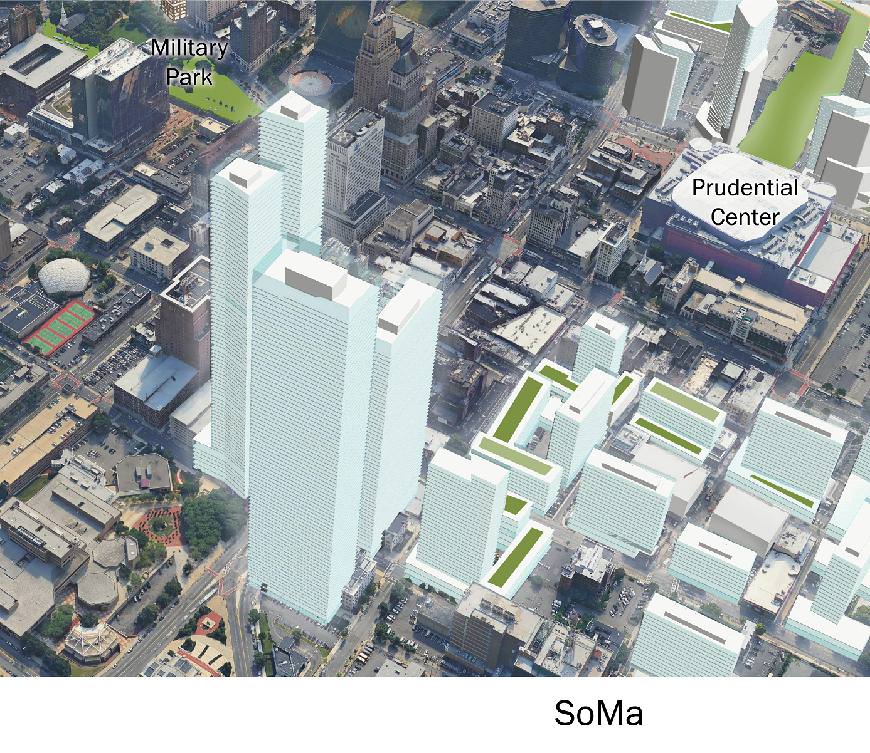 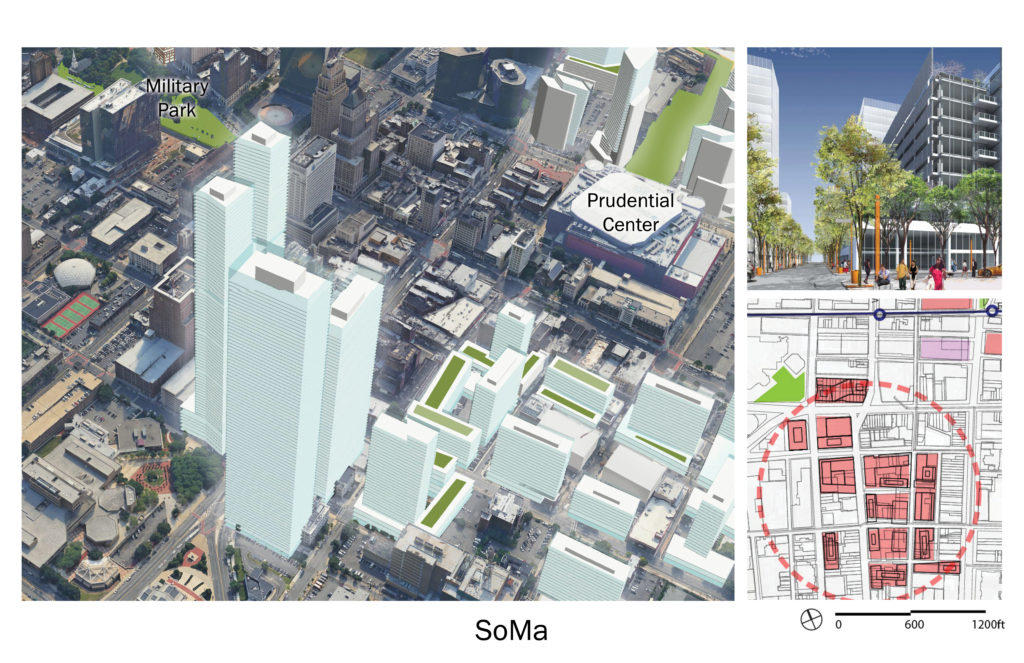 Does anyone have any more info on SoMa Newark?

The RBH Website no longer has the render with all the towers. The new render shows a downgraded building where one of the supertalls was