Four months after announcing it would build a new skyscraper in downtown Newark, Prudential presented a “conceptual plan” to a city commission this week showing a second, even larger tower on two lots it owns on Broad Street.

Preliminary talks with city officials and Damon Rich, the city’s urban designer, concerned construction of a 650,000-square-foot office tower on Broad Street across from Military Park, The insurance giant, Newark’s largest and oldest corporation, asked the state Economic Development Authority in March for $250.8 million in tax credits for a single building. But revised plans presented Wednesday to the Newark Landmarks and Historic Preservation Commission showed two office buildings at least 20-stories tall, increasing its silhouette on the city’s skyline. Prudential spokesman Bob DeFillipo said plans still call for just one building. “What we presented was a conceptual plan with the possibility that we might build a second building,” DeFillipo said in an interview. “There is no plan right now to build a second building. What we gave them was a concept.”

David Abramson, chairman of the preservation commission, said Prudential representatives described three construction phases during Wednesday’s meeting. Phase One, he said, involved demolition of existing structures on the two sites and construction of the first tower. “We asked for further clarification of the second building in Phase 2,” Abramson said. “Phase 3, I don’t really know what it is. The more discussion we had about Phase 2 and Phase 3, the fuzzier it got.”

Phase One calls for construction of a 20-story, 313-foot tower on Broad Street between New and West Park streets. The neighboring site would be transformed into a small parking lot and open space. Plans call for construction to begin in the fall, with completion expected in 2014. The estimated cost of the single tower is $444 million. If the second office tower were to be built, it would be larger — 21 stories and 370 feet tall, according to renderings by architectural firm Kohn Pederesen Fox Associates.

To make room for the new office center, several buildings, including Planet Wings, Newmark Drugs and the Wiss Building, would be demolished. Construction on the Cedar and Broad street lot will mean the end of some of Newark’s landmark buildings, including the Wm. V Snyder Dry Goods Store, which became a Valu Plus shop, S. Klein on the Square and Schraft’s. Prudential’s historic preservation consultant, Ulana Zakalak, told commissioners on Wednesday that those buildings “have reached a point of such deterioration that in some cases, they are losing their structural integrity.” 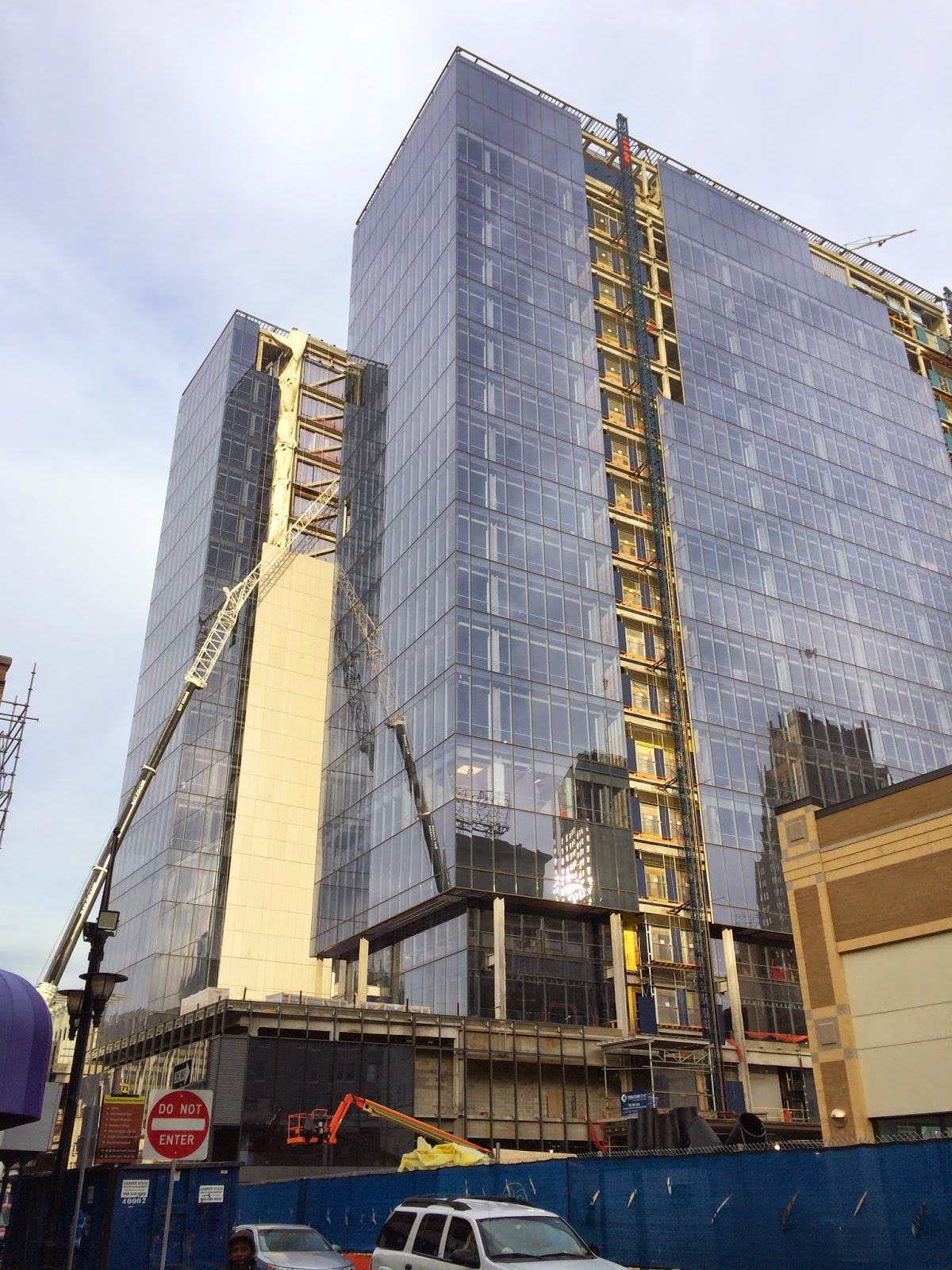 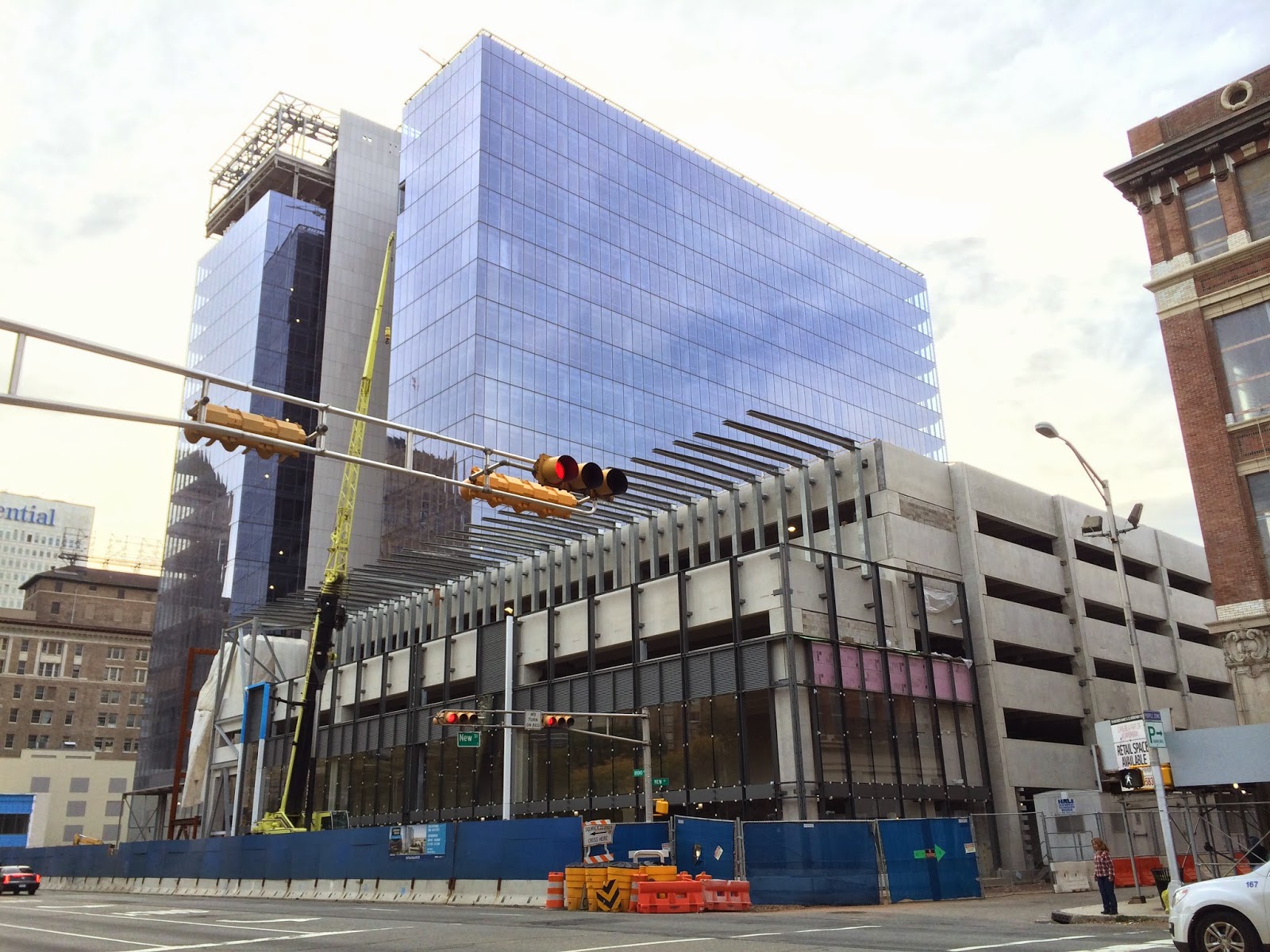 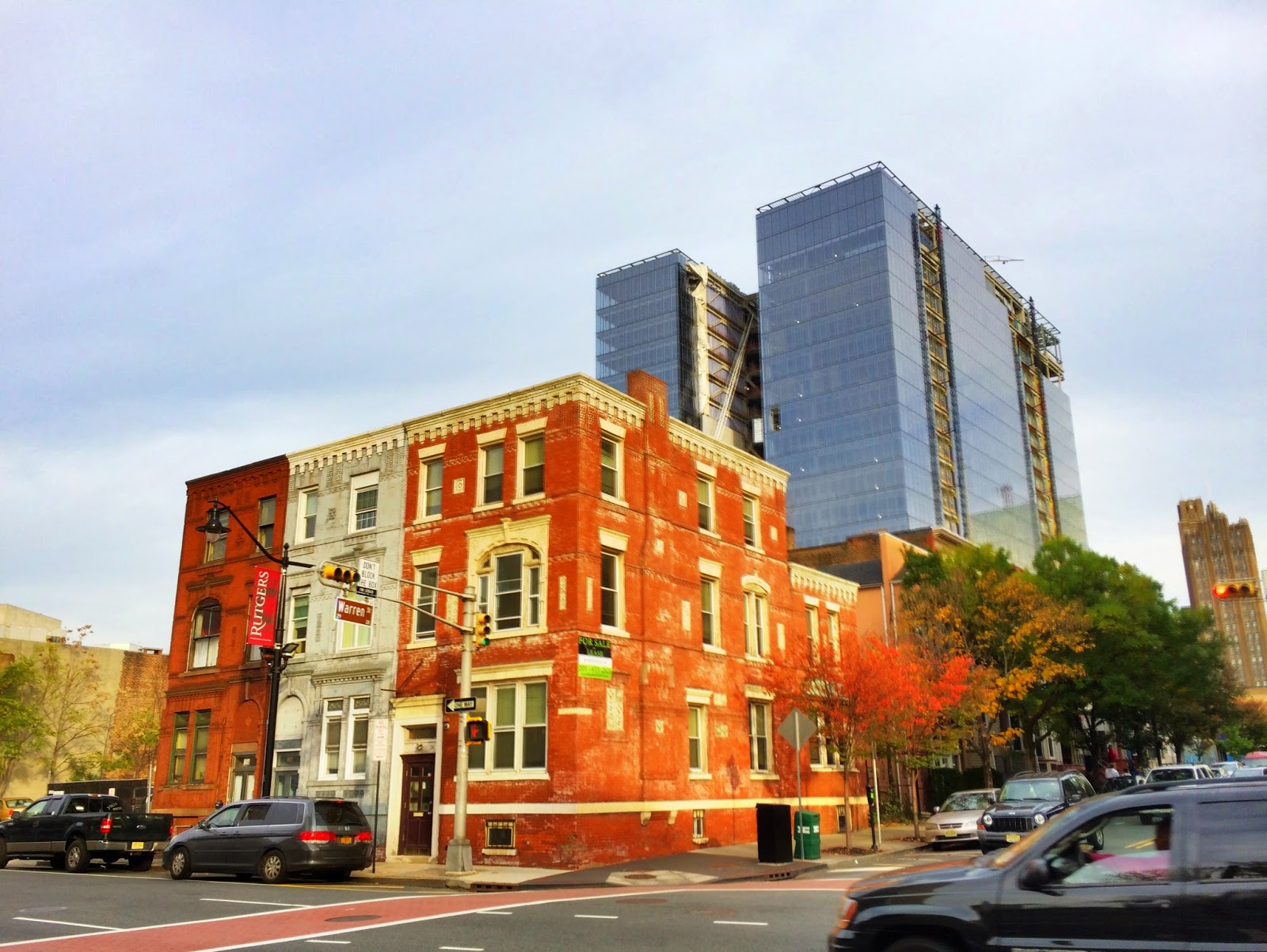 This is right next to McGoverns (That red building on Warren St.). Best bar and an essential when going to RU Newark. $8 Long Islands, and they make it so strong. Highly recommend a visit for anybody in Newark. No watered down drinks. A good wholesome Irish pub.

This tower is coming out nicely. I remember seeing the cranes everyday from the Parking Deck on Raymond Blvd. Way better than what it replaced. Use to be a 1950’s era fallout shelter, and the nuclear symbol was visible from the base. Although depending on who you ask, that might be or might not be a good thing. Hopefully we never have to find out. 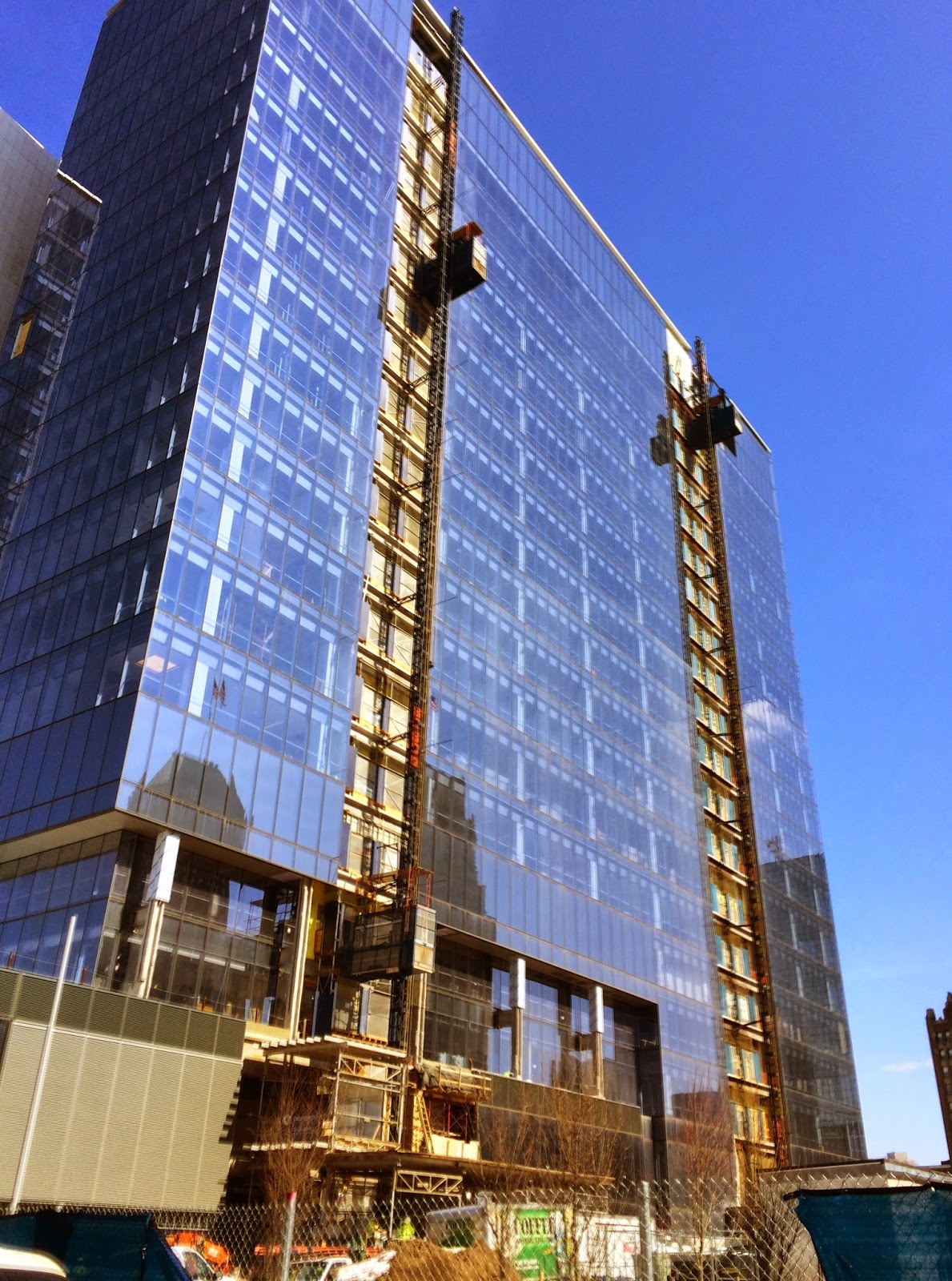 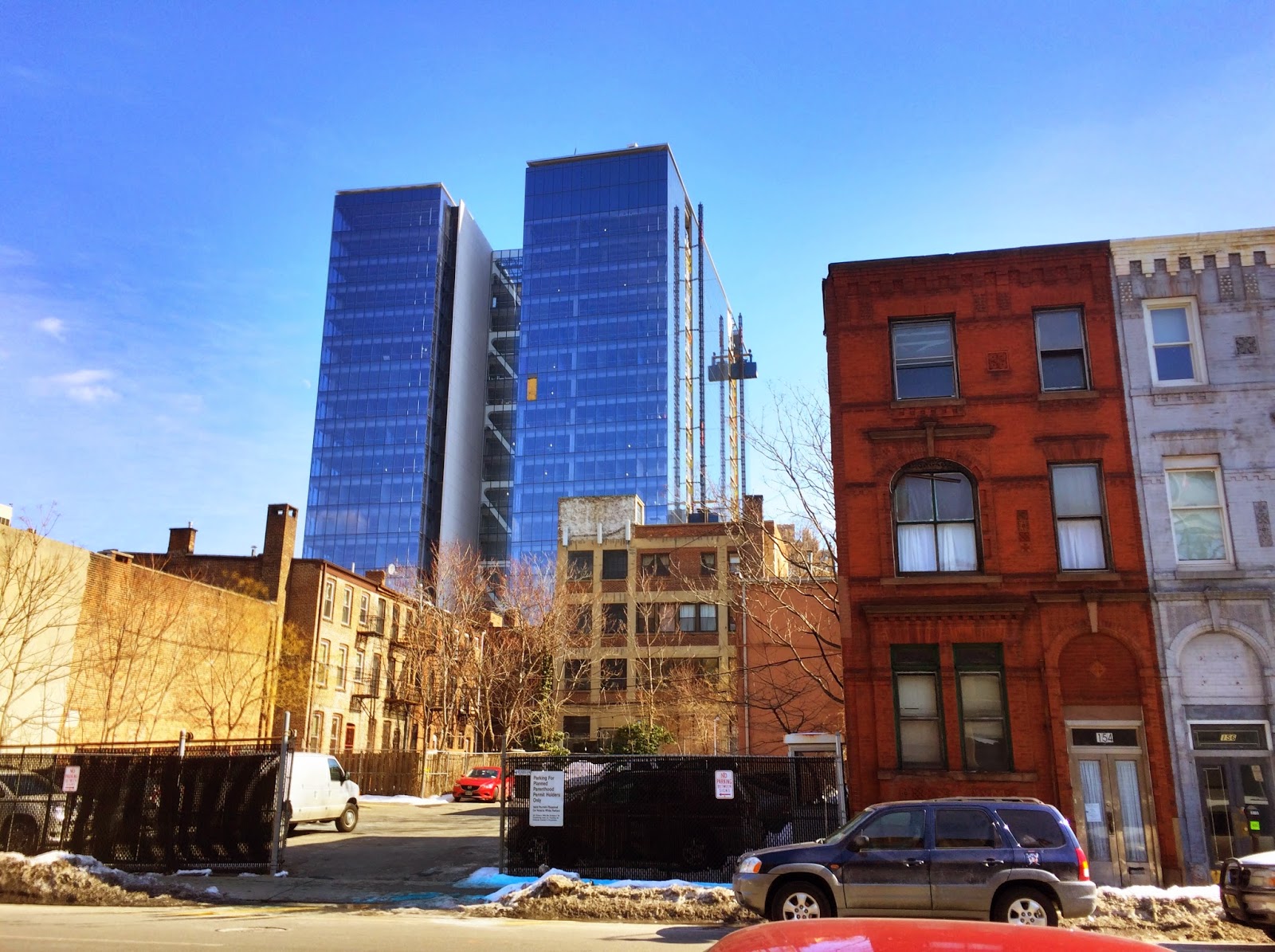 Pics taken by me.

Love this shot of Newark. Its two tallest, are pre-war icons.

Phase 2 should be starting up soon.