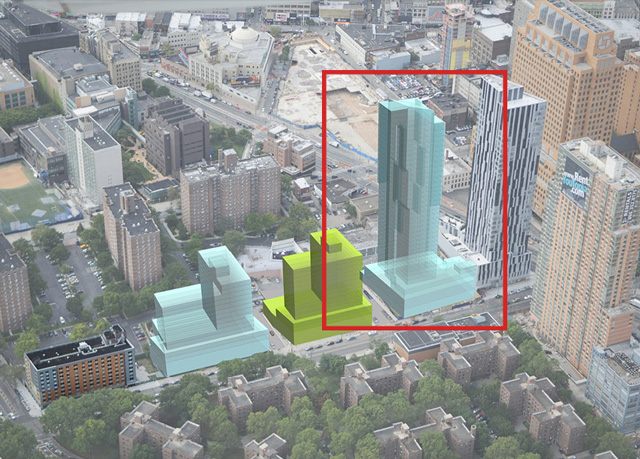 Downtown Brooklyn’s Myrtle Avenue has seen major changes in recent years, with construction already underway or complete on the first parts of Red Apple Group’s master plan, which includes residential buildings at 180 and 160 Myrtle. Now, filings are up for the last and largest component, and a 32-story residential tower will soon rise at 86 Fleet Place.

The site is located across the street from 160 Myrtle Avenue, and height will be its distinguishing characteristic; per the new building permits, 86 Fleet Place will stand 346 feet tall, placing it just short of Toren, right next door.

Surrounding blocks have seen a surge in new development, and the project is located just off of Flatbush Avenue Extension, which will soon have the tallest buildings in all of Brooklyn. JDS Development’s 340 Flatbush Ave. Ext and the last phase of City Point — to be developed by Extell — are both just a few blocks away, and the neighborhood is rapidly evolving into a pedestrian-friendly and attractive node.

86 Fleet Place will contribute to this continued positive change, and the tower’s base will have 10,619 square feet of commercial space. Above, 384,239 square feet will be dedicated to residential use, split between 191 units. The average apartment size will be surprisingly generous for Brooklyn, at roughly 2,000 square feet, though per Dattner’s page on the project, it will be rentals.

Dozens of new towers are seemingly under construction in Downtown Brooklyn, but 86 Fleet Place’s advantage — in terms of prominence — is its location at the edge of the neighborhood. This should guarantee continued visibility, and relatively unobstructed views.
Goldstein Hill & West is listed as the architect of record, though Dattner appears to be designing, and Red Apple Group is owned by John Catsimatidis. 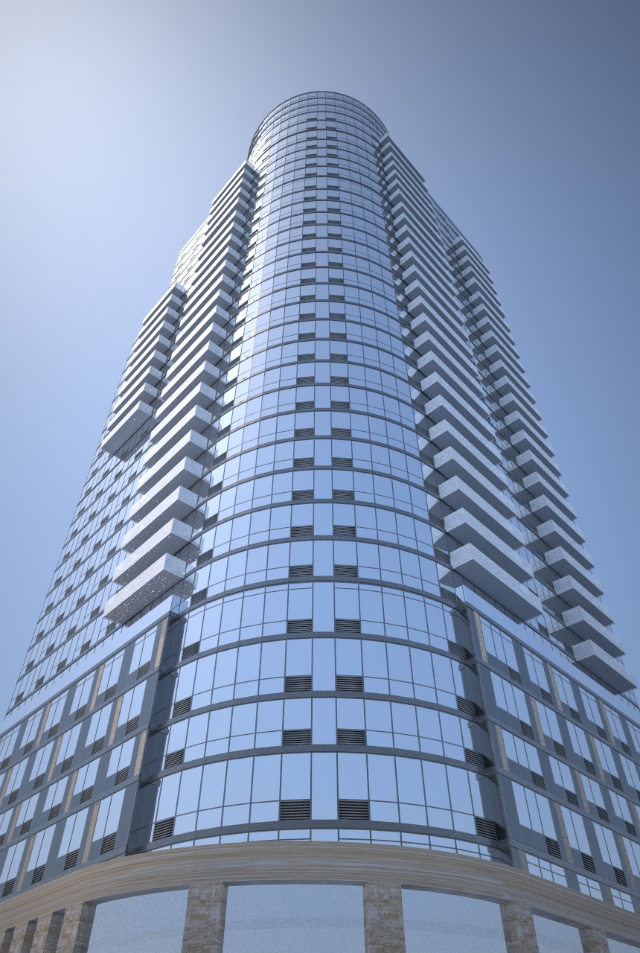 Last month, we brought you news that permits had been filed for 86 Fleet Place, a 32-story tower in downtown Brooklyn. Now, the developer – the Red Apple Group, led by Gristedes owner John Catsimatidis – has shared renderings of the project with YIMBY.

The building will contain 440 apartments (not the 192 that we reported earlier and which is for some reason listed on the new building permit filing), divided between about 385,000 square feet of net residential floor space, plus another 10,000 square feet of retail space on the ground floor. 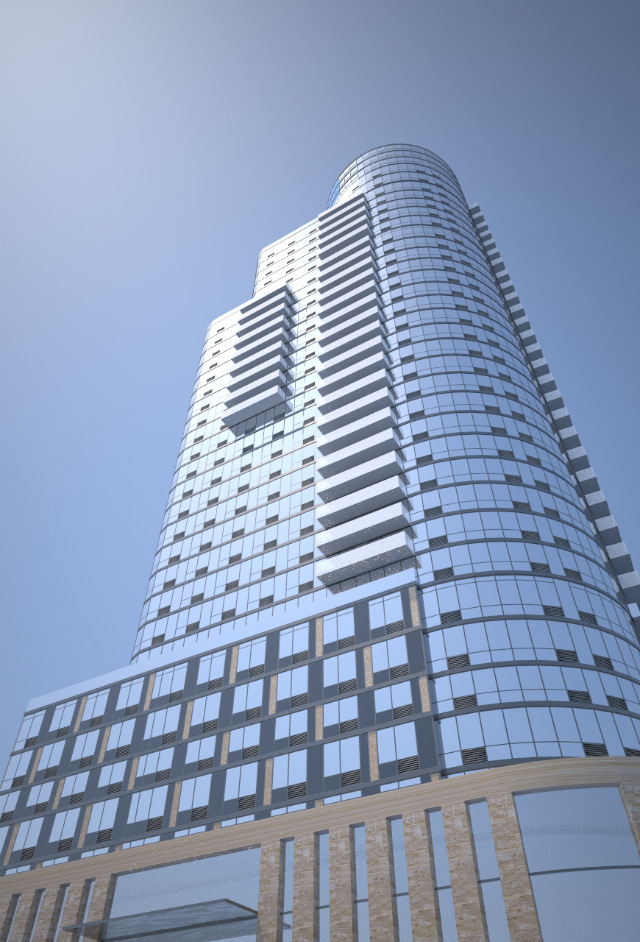 86 Fleet Place will sit just one short block east of Flatbush, past the Toren condo tower, filling a small block bounded by Myrtle Avenue, Fleet Place, Fair Street and Prince Street. It’s the last piece of a four-building development scheme for the south side of Myrtle, master planned by Dattner Architects. The Red Apple Group is also responsible for the three shorter buildings to the east, which were designed by Dattner. The 86 Fleet Place commission, however, was given to Goldstein, Hill & West.

The project will be a welcome step towards revitalizing this corner of Fort Greene (now arguably downtown Brooklyn), which was ravaged by post-war urban renewal projects that eviscerated the prewar urban fabric to the north and west of Fort Greene Park. Afterwards, urban decline took an additional toll.

“I bought the properties when you had to come here with two guns,” Catsimatidis said at the groundbreaking of one of the earlier buildings, “just in case one of the guns runs out of bullets.”

At 346 feet tall, 86 Fleet Place will be shorter than the 399-foot Toren, but will still leave its mark on downtown Brooklyn’s emerging skyline. And most importantly, it will continue to help the surrounding neighborhood recover from the traumatic post-war period, injecting new pedestrian life, and putting eyes back on the street. 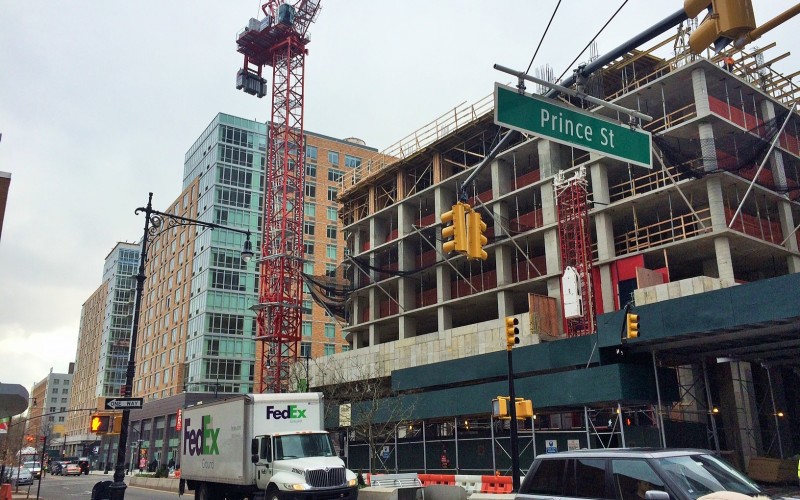 I’ll be uploading pics from time to time documenting this building’s rise. I live across the street and have been watching it from the 38th floor since it broke ground. Stay tuned.

Great shots and thanks for joining. Looking forward to your contributions. I just merged your thread to an existing one. Just to keep the place neat and tidy.

Thanks once again. Its a great development in a city that is seeing the biggest boom in the Western Hemisphere.

It’s crazy. From my perch I can see 13 projects in various stages of construction. (just in Brooklyn. Several more in the hattan)

Very nice. This slice of Brooklyn in particular is booming. With the rest of CityPoint and 9 DeKalb on the rise soon, change is coming quickly!

You have a great view! Hopefully 86 fleet wont block too much of it.

Thankfully I’m on 38 so I’ll look across its rooftop. But I also have the harbor and Fin. Dist. so it’ll be okay

Cool. Eventually you will have another good view of 340 flatbush when it is halfway up and over the other highrises. 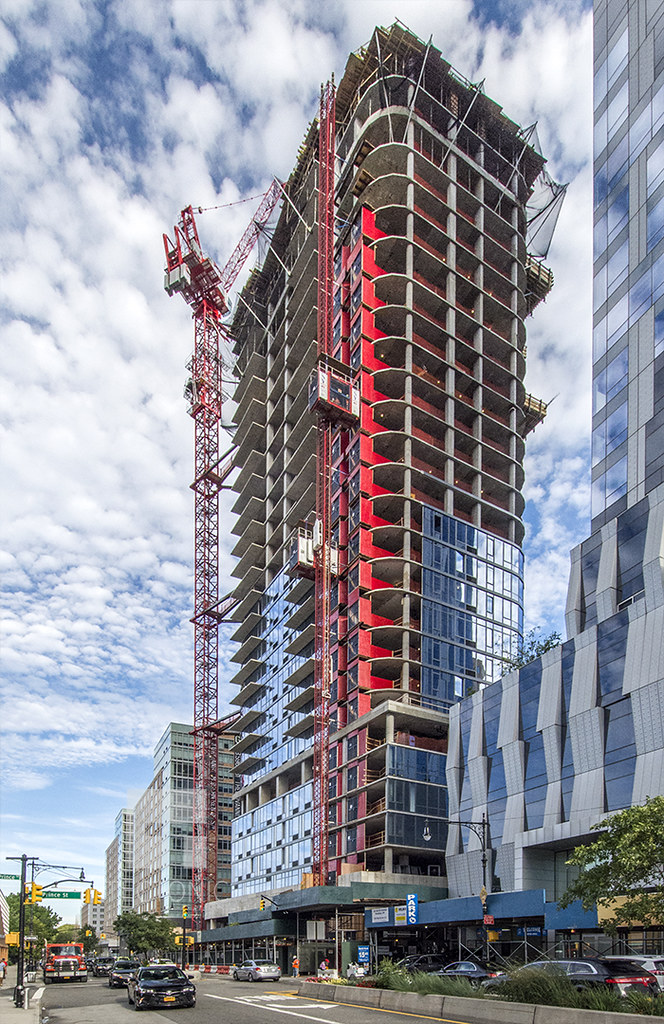 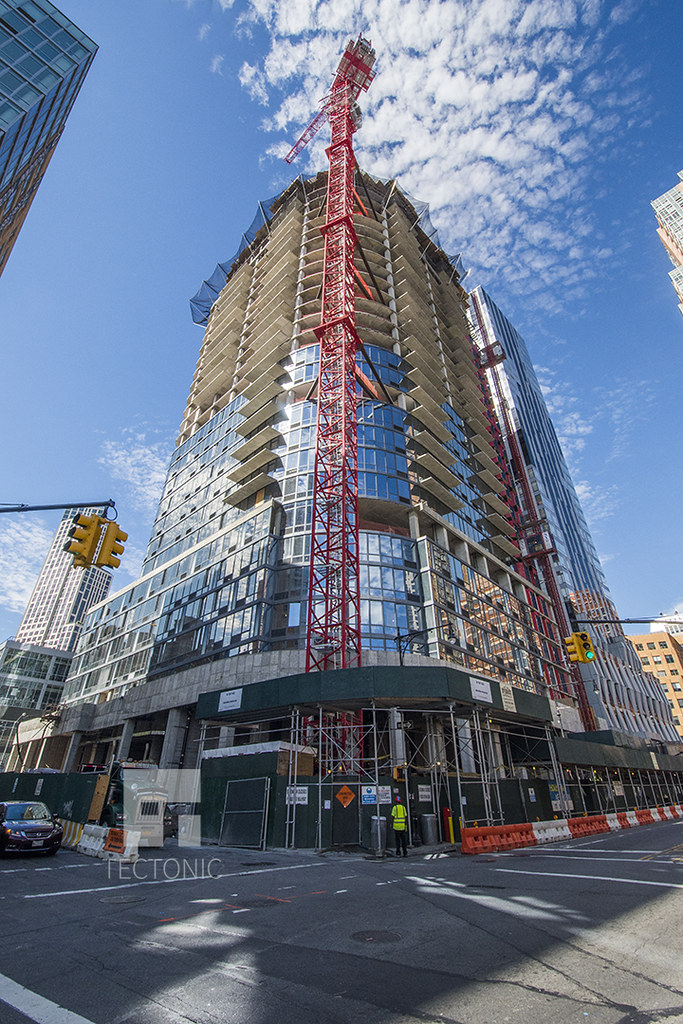 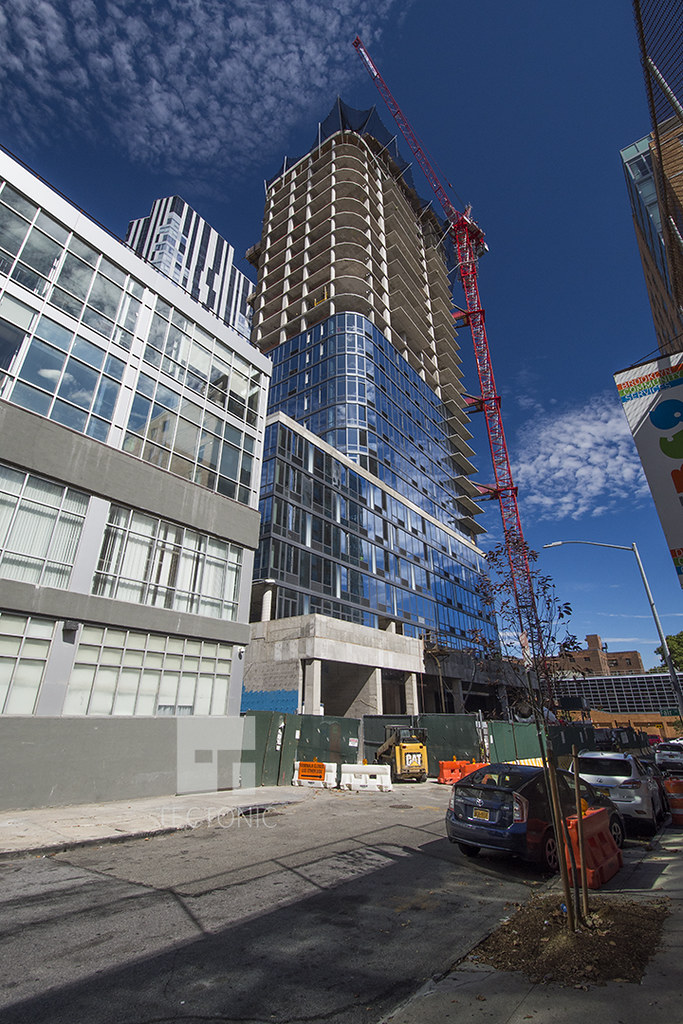 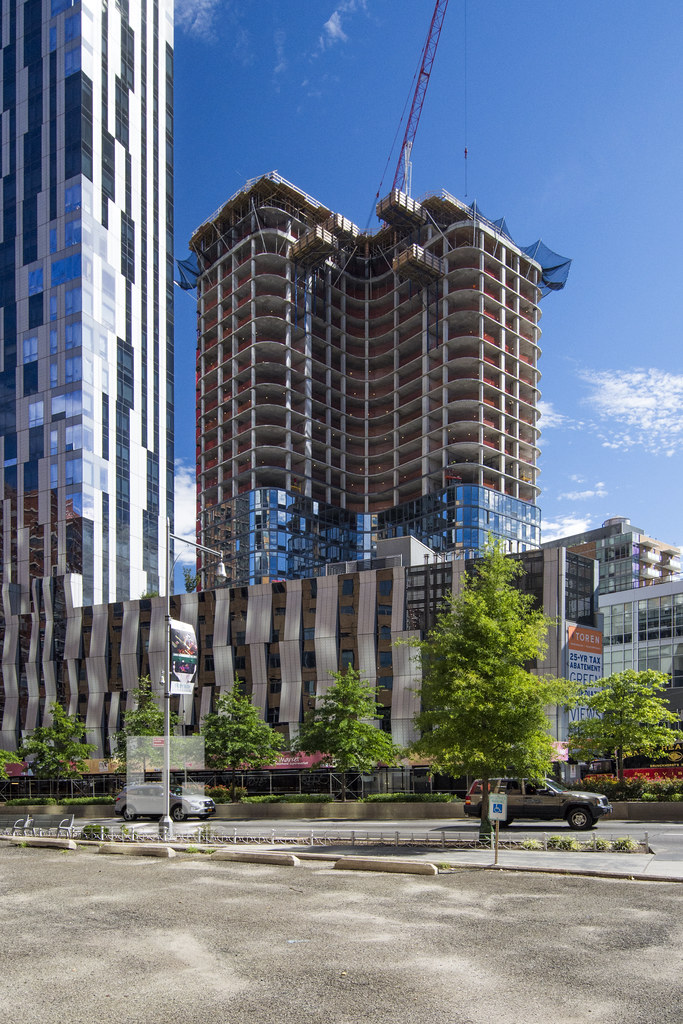 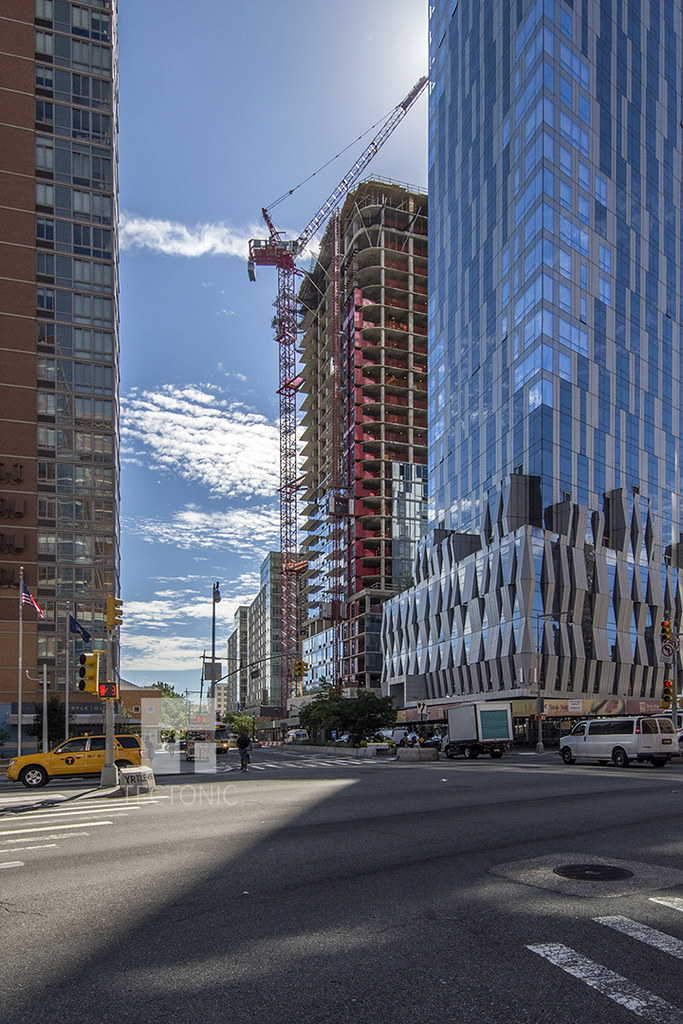 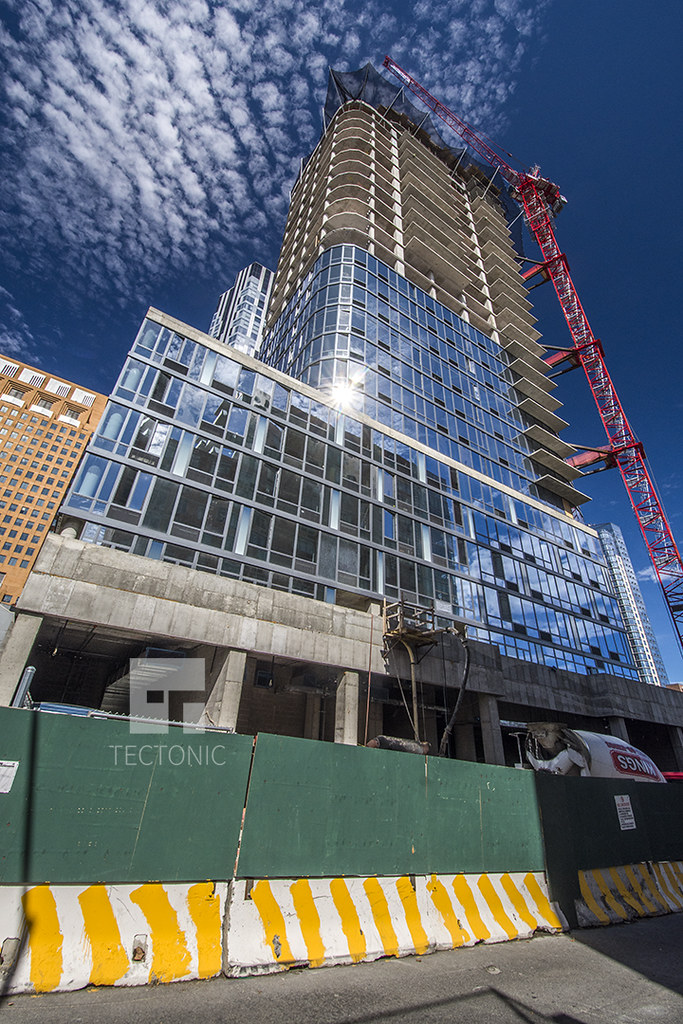 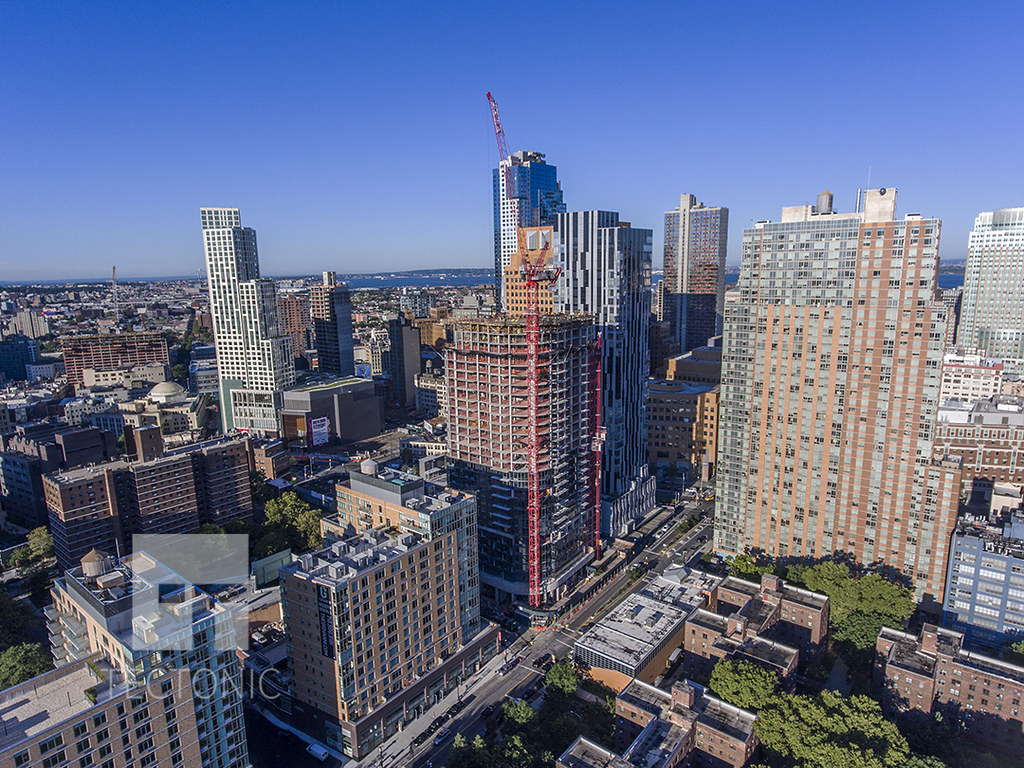 Great use of the drone tectonic. Adds a whole new dynamic. Those pigeons have the best views.