Today. Seems like they are doing about 2 floors/week which is pretty fast. 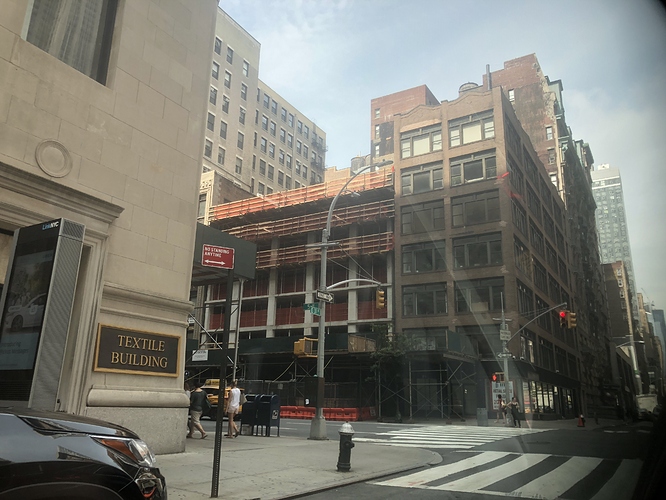 I hope that this turns out ok. If it does, it’s a shame that they didn’t acquire the filthy piece of garbage on the corner. 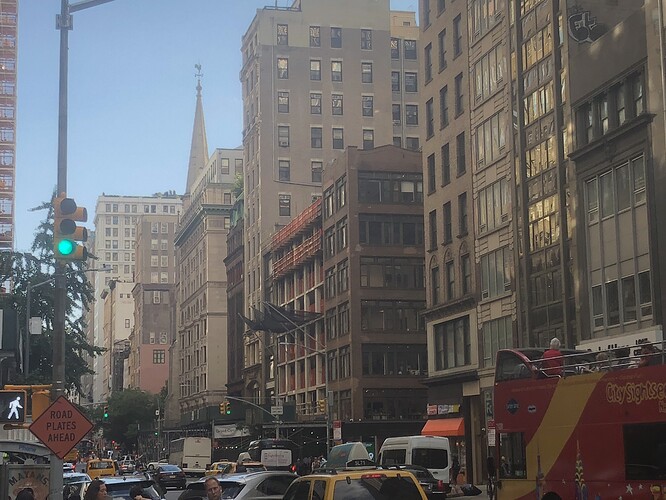 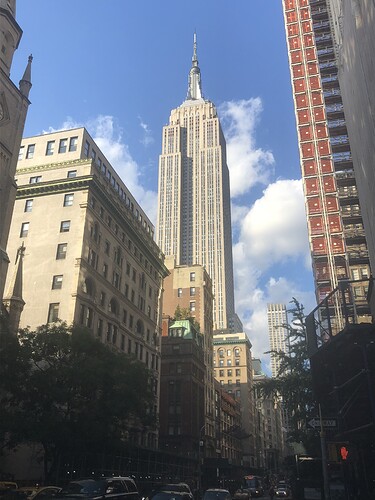 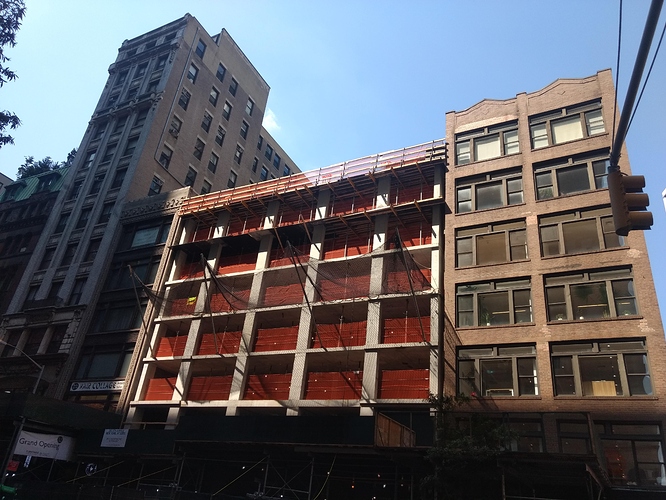 If a god exists, I pray that this turns out acceptably and not as a heinous PoS. I’m not expecting quality, but I sincerely hope to avoid garbage.

The loan, provided by S3 Capital Partners, an arm of Spruce Capital Partners, will ensure Chang’s future 88,000-square-foot hotel at will reach completion, the lender said. The 21-story building will consist of about 180 hotel rooms, along with 17 apartments on the upper four floors, according to filings with the city’s Department of Buildings. Gene Kaufman is designing the project.

Chang bought the site from fellow hotelier Richard Born for [$42.5 million] in December 2016. The following year, he spoke of plans for a “4-and-a-half star hotel” anchored by an upscale hotel brand. 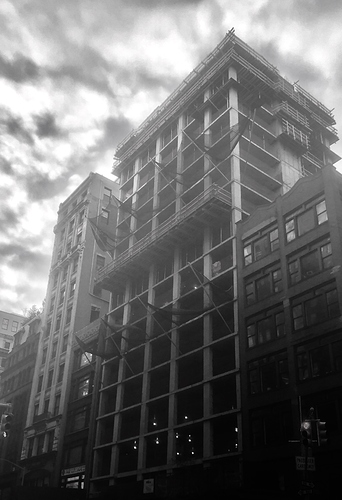 This one is topped out. I feel like it looks better now than it will when it is completed. That’s how bad Kaufman is. 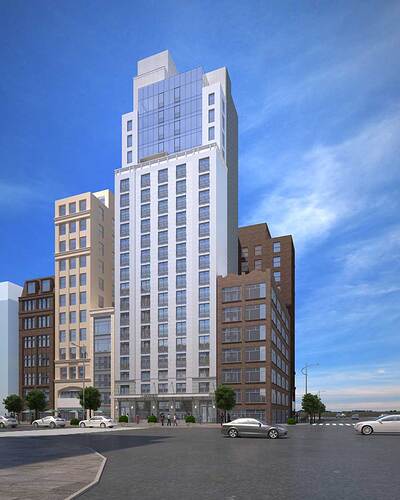 YIMBY has an update on Sam Chang's new hotel at 292 Fifth Avenue in Manhattan's Koreatown, where work is nearing completion 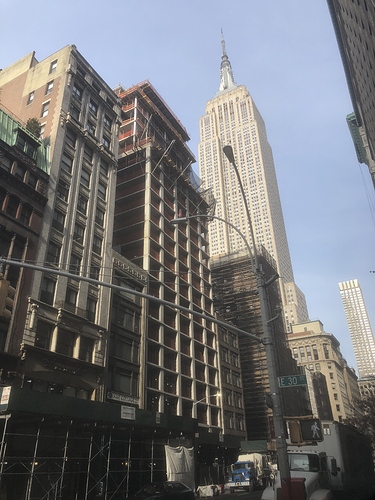 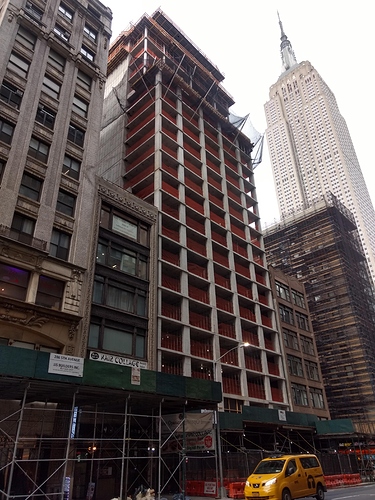 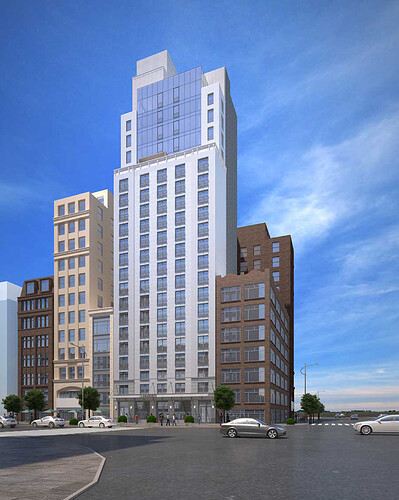 292 Fifth Avenue's brick exterior is rising. Gene Kaufman Architect is the architect of record while Sam Chang is the developer of the Midtown project. 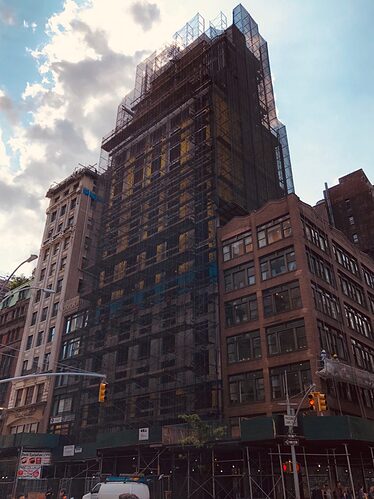 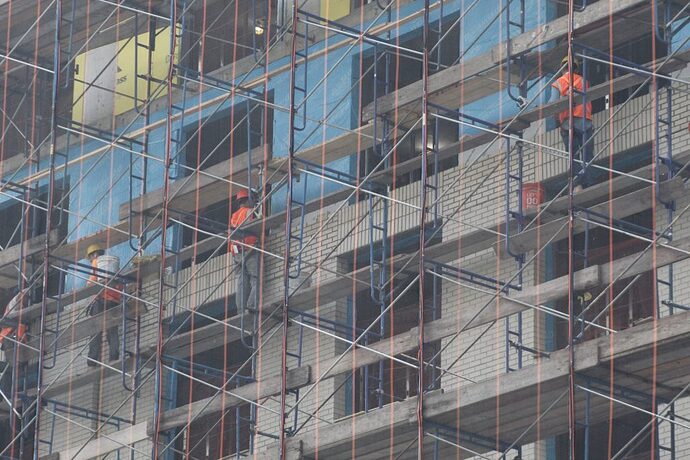 can somebody check if hell has frozen over?? 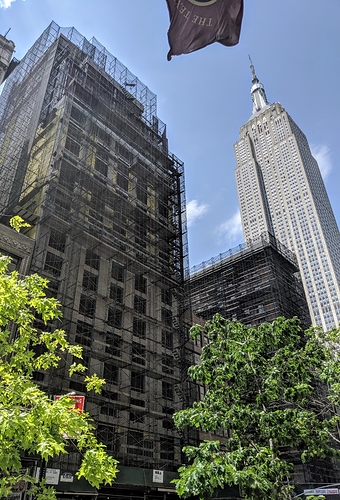 Still under netting so it is hard to see how bad it will look. The brick looks to be that bland off white color. Yuck. 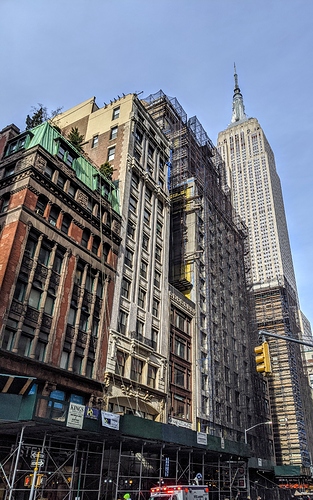 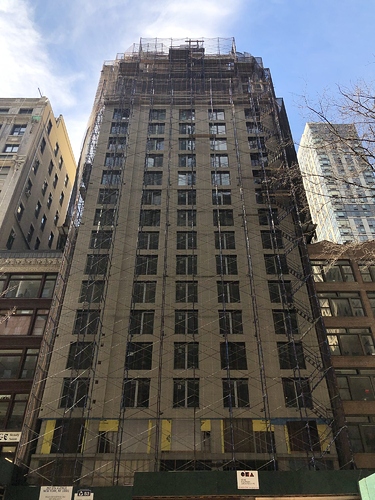 The façade of Gene Kaufman's 292 Fifth Avenue is nearing completion. Sam Chang is the developer of the topped-out, 21-story mixed-use Midtown hotel. 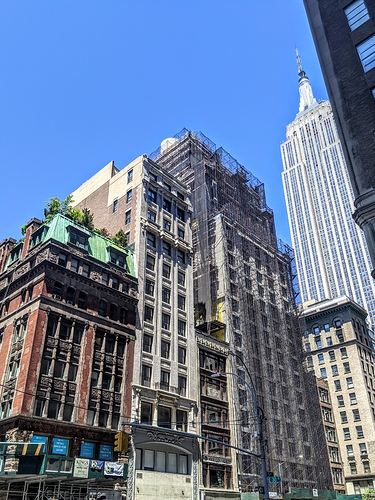 looks exactly the same as it did five months ago (except scaffolding was removed from in front of 286 Fifth Avenue, which now has its ground floor boarded up) 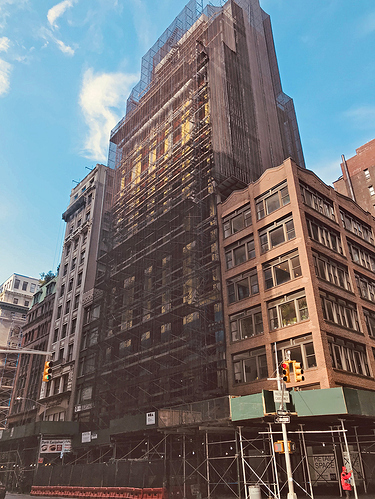