An on-site rendering has been posted for 140 Schermerhorn Street, a major mixed-use structure in Downtown Brooklyn, where excavation is beginning. While the glimpse isn’t exactly comprehensive, it still provides a general idea of the building’s ultimate appearance. The architect of record is Goldstein Hill & West, while Crain’s reports that Flank Development and The Carlyle Group are behind the project.

Permits – which were approved on the 18th — indicate the development will stand 19 stories; it will have a mix of hotel, retail, residential, and community space, though the bulk of the building will be dedicated to apartments, with 140 units in total. 140 Schermerhorn Street will measure 210 feet to the highest occupied floor.

Breaking down the components by square footage, 213,181 square feet will be devoted to the residences, 99,245 square feet will be dedicated to commercial usage, and 94,202 square feet will be occupied by the community facilities. The entirety of the development will measure 406,628 square feet, with an overall FAR of 10.54. Ground floor retail will yield to a hotel that will span floors three through six, while apartments will occupy the upper levels, per the Schedule A.

Despite its relatively basic appearance, 140 Schermerhorn will add significant heft to the neighborhood, and its variety of uses will be beneficial to the vicinity. The rendering indicates that the project should also conform to the existing street-walls; while the exact details of the overall design remain unclear, it will be a major gain for Downtown Brooklyn, in terms of enhancing pedestrian vibrancy. Completion is expected in the spring of 2016.

A New Brooklyn Condo With a Prewar Aesthetic 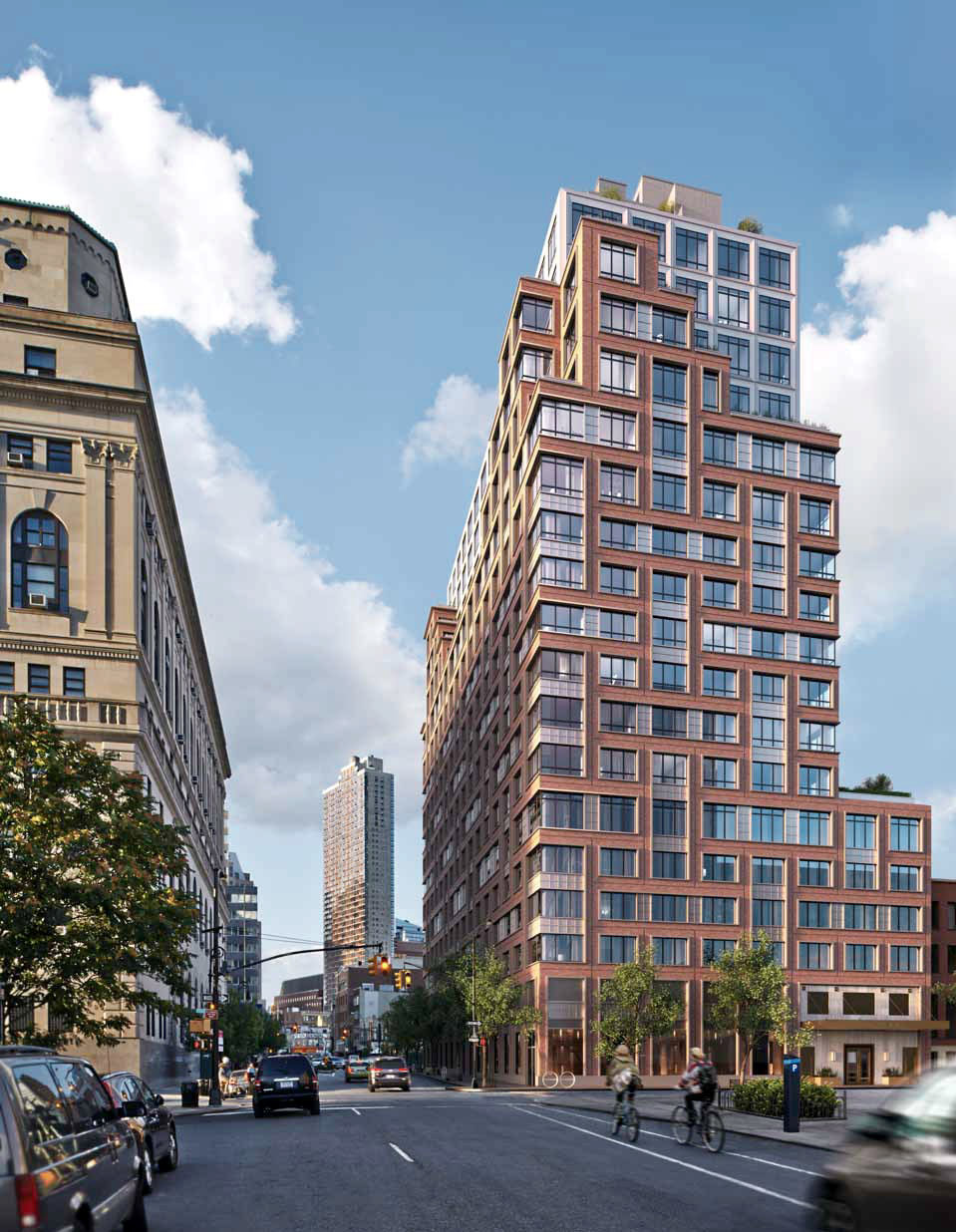 The goal for 265 State Street was to create a towering, 20-story condominium with a design sensibility that takes its cues from the nearby brownstone-dotted neighborhood of Boerum Hill.

The architect and development firm behind the 128-unit building, Flank, has a history of fitting new buildings into their neighborhoods — whether in the West Village, where the group converted a nursing home into the high-end Abingdon apartments, or in NoLITa, where a luxury condominium with a hand-laid brick facade is in its final stages of construction on Mulberry Street. Flank is developing the project with the Carlyle Group.

The building, called the Boerum, will be located on the border of Boerum Hill and Downtown Brooklyn, across from the Renaissance Revival-style Central Courts building and just blocks away from the bustle of Atlantic Avenue.

The Boerum will house one- to five-bedroom units, ranging in size from 765 square feet to just over 2,800 square feet, and in price from $825,000 to $4.25 million. At 210-feet tall, the building will not look like a brownstone, but each unit was carefully planned to incorporate a “prewar-like division of space” that would impart the homey feel many residents of the neighborhood might look for.

Foundation Going in at The Boerum on Smith

Check out this cool aerial shot of the site:

Still not complete, but it is getting there. From yesterday.

This is now complete. Part of it is a Hilton.

Tried to look for a unit and get this.