It would be possible to develop the whole street block? 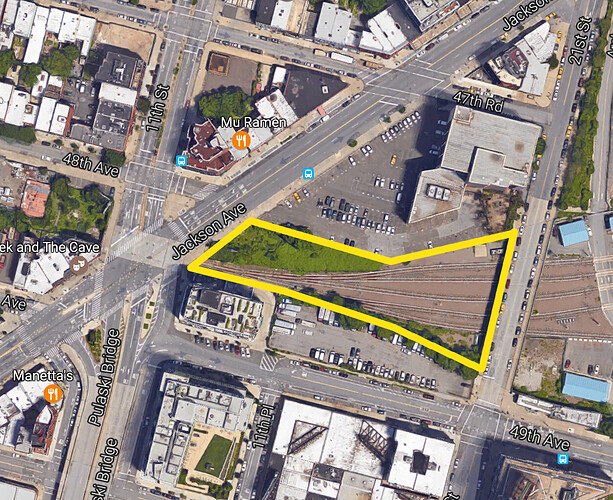 1252×1020 568 KB
„ The New York City Economic Development Corporation and the Metropolitan Transportation Authority have launched a request for proposals (RFP) for the 58,000-square-foot development site at 11-24 Jackson Avenue, located in the Hunters Point section of Long Island City. The city is seeking a development team to deck over the site, which has railroad tracks passing underneath, and build a mixed-use project. Ideally, the project would have mixed-income residential units, ground-floor retail space, community facility space and open public space. The expectation is for the city to sell the site, DNAinfo reported.“

YIMBY has the latest news of the mixed-use development site at 11-24 Jackson Avenue, in Long Island City.