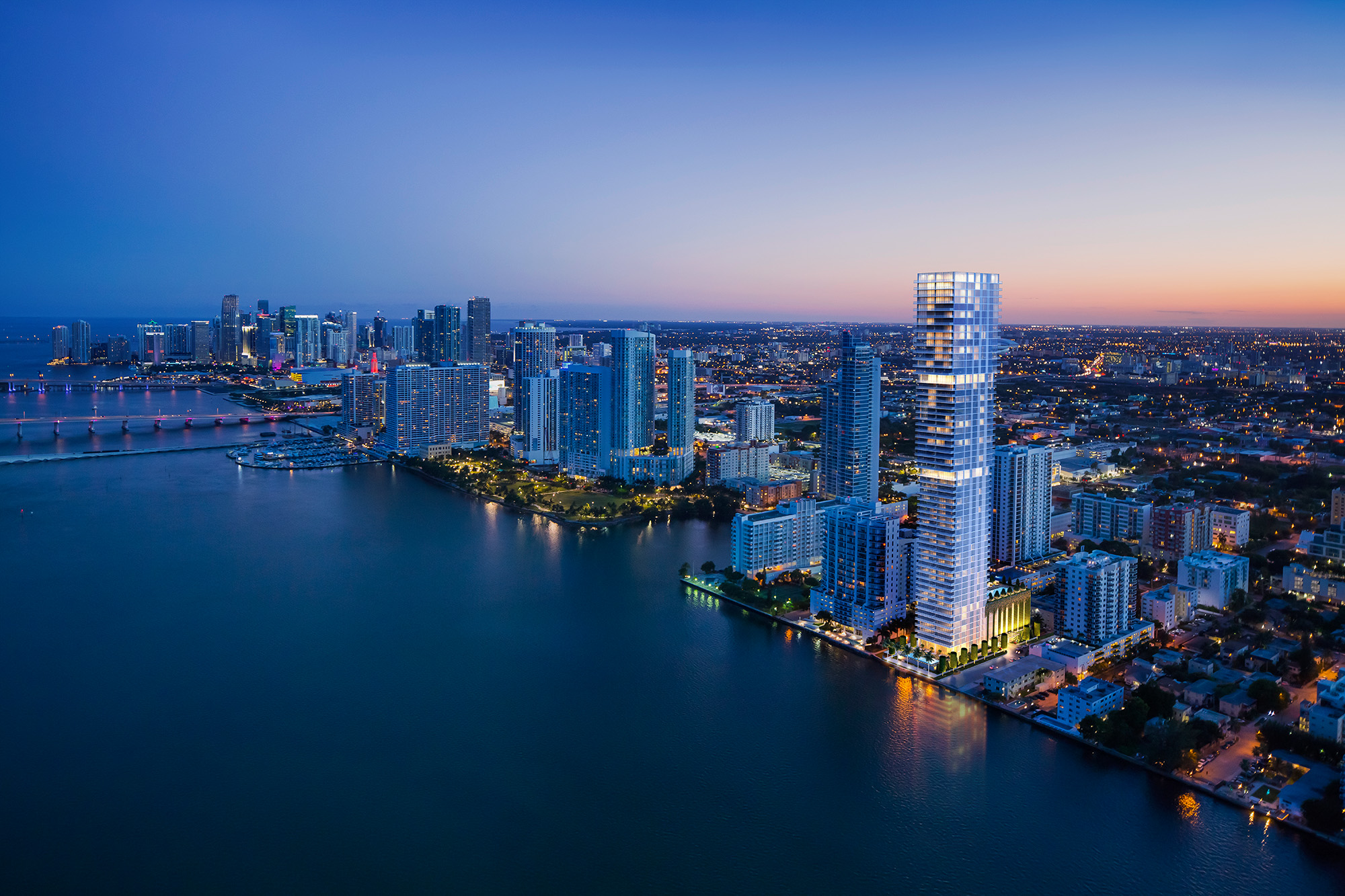 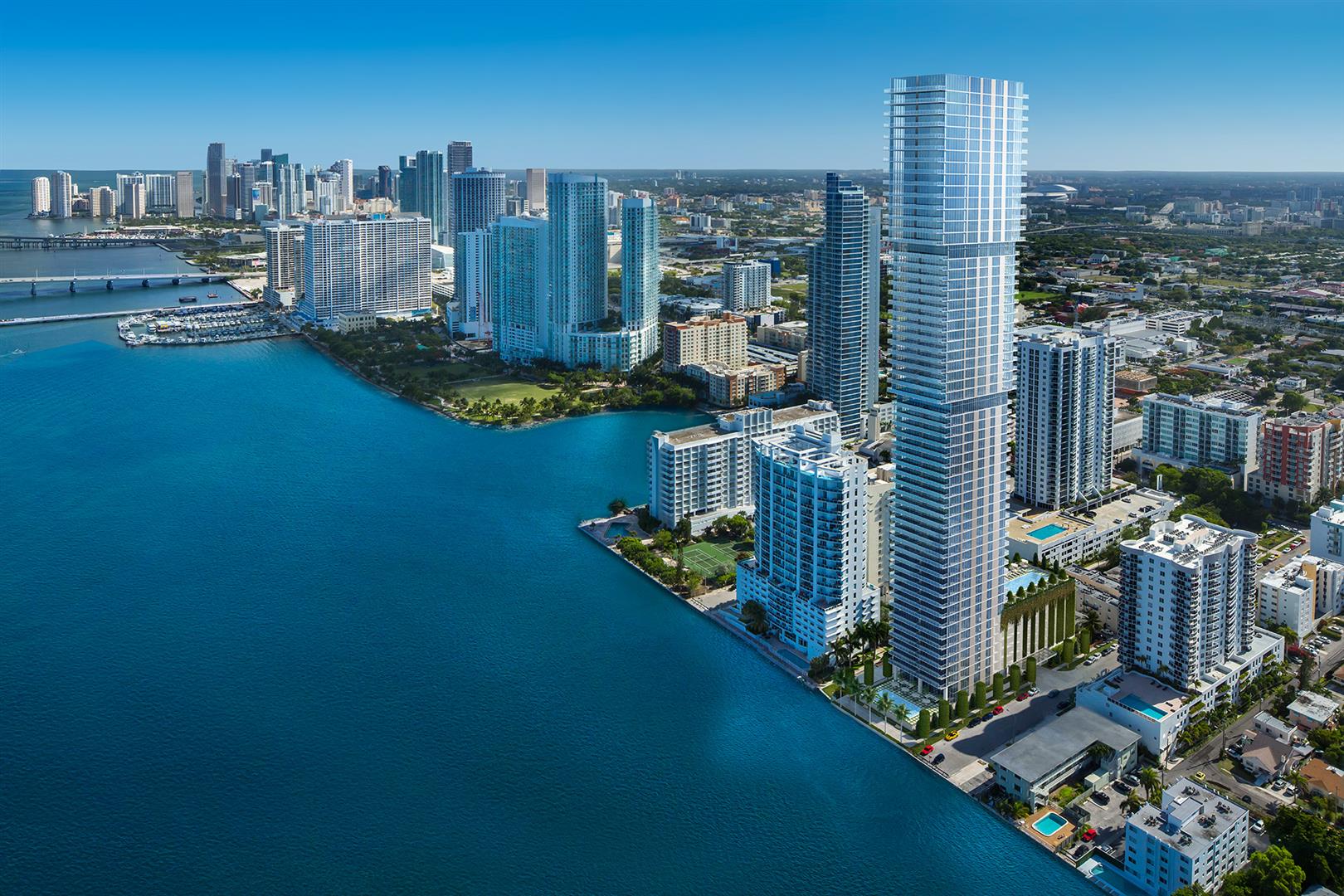 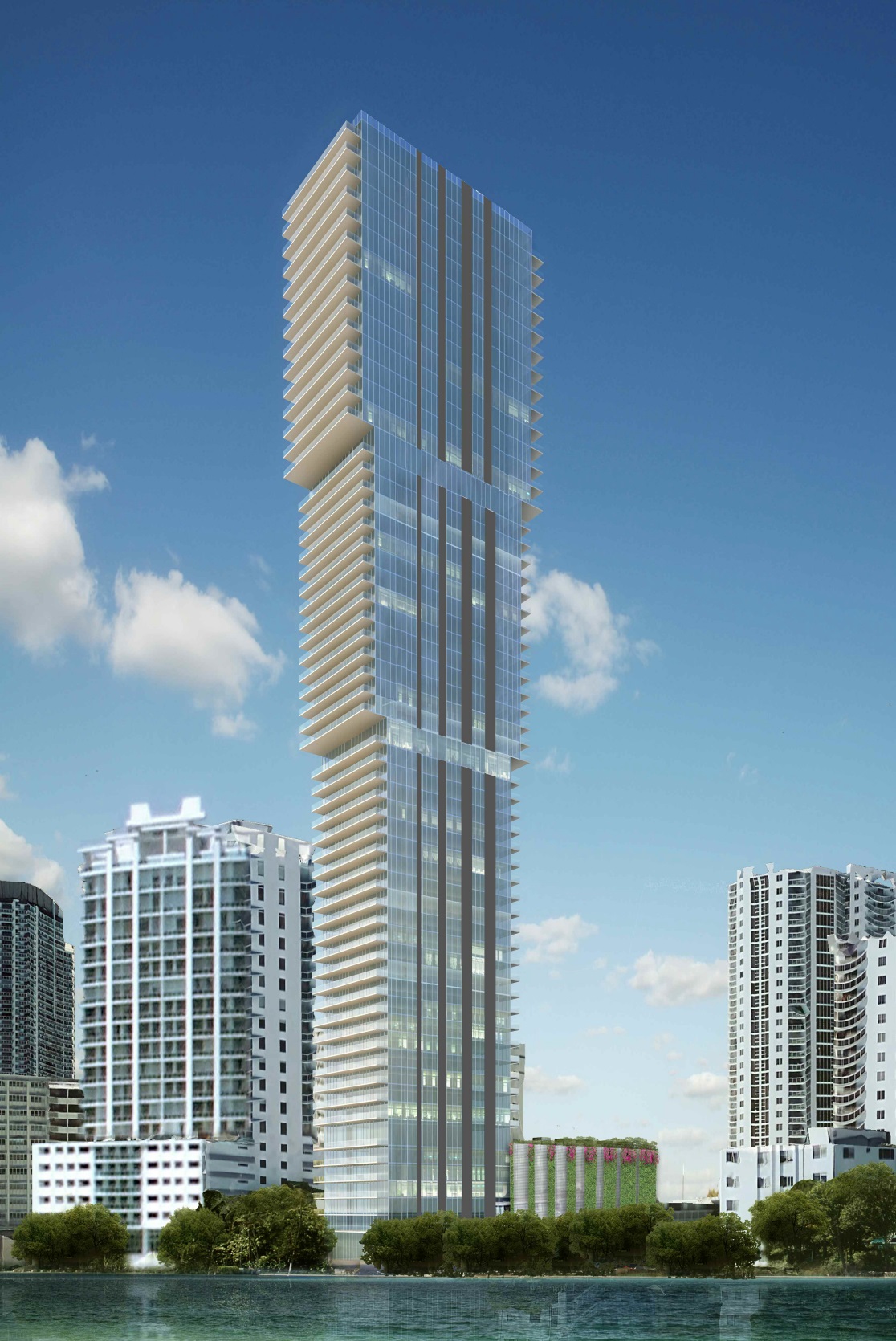 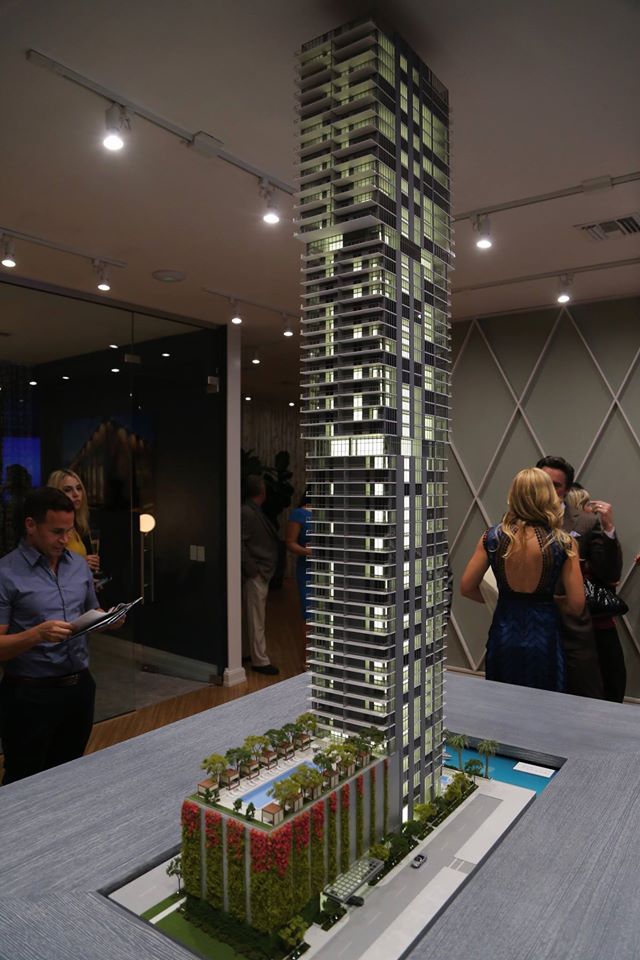 The 57-story tower will rise 644 feet above ground, or 649 feet above sea level – the maximum permitted in the area. Approval took less than four months for the FAA to issue, and expires in March 2017.

Just two units will be built on each floor, for a total of 100 units. Pricing averages $750 per square foot.

Construction is expected to begin in the first quarter of 2016. Two Roads Development is the developer of both Elysee and nearby Biscayne Beach, which is already under construction.

WOW! Now this is a Miami project I can get behind – fantastic design!

Nice! The cantilever are not as good as 2 WTC’s, but I like this nonetheless. 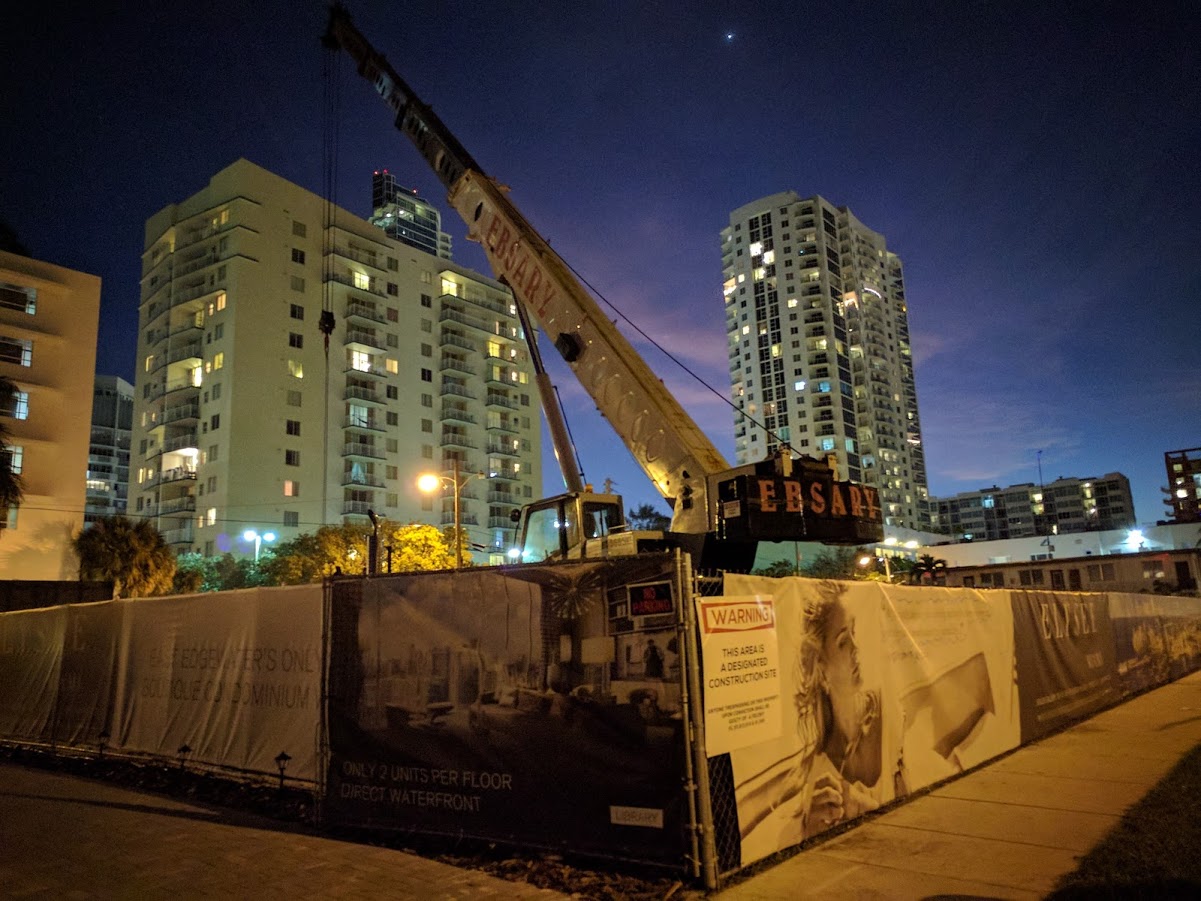 Elysee has filed papers with the county stating that they are starting construction on a “ﬁrst-class high rise condominium.”

The developer filed a modified Notice of Commencement on July 26. It states that the following is work is underway:

Construction of a condominium building consisting of one hundred (100) ﬁrst-class high rise condominium units and a parking garage containing two hundred forty (240) parking spaces, together with other commonly used facilities, including but not limited to, a lobby, a ﬁtness center, pools, a club lounge, storage lockers, and spa.

The NCO modifies one that had been filed by the developer in February, which had stated that only the seawall and related work were under construction.

Later this month, the developer will hold an event to celebrate commission payments to brokers. 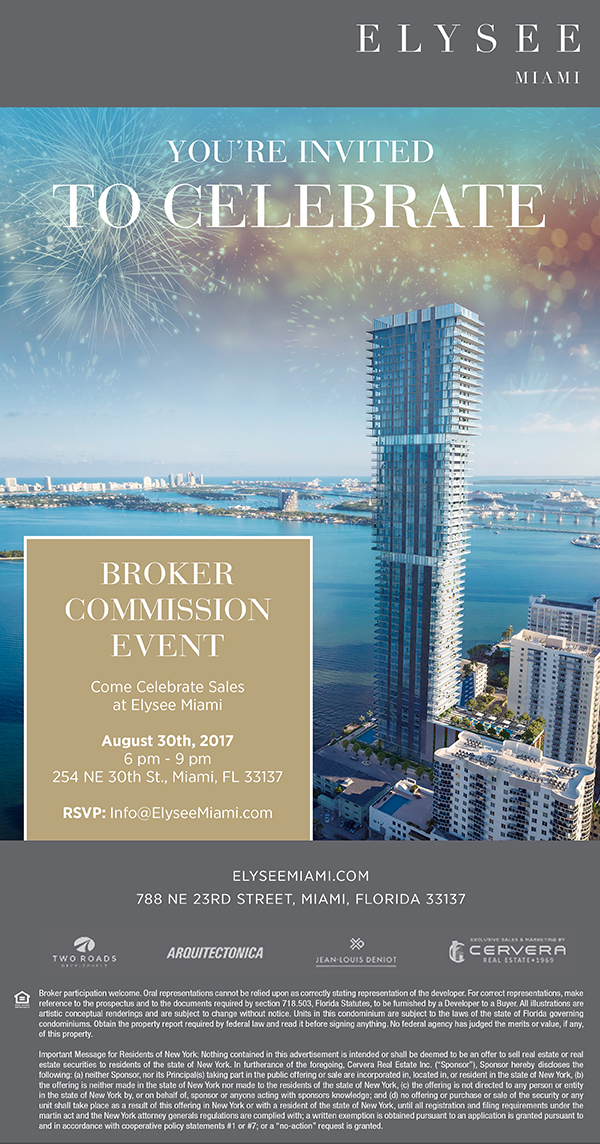 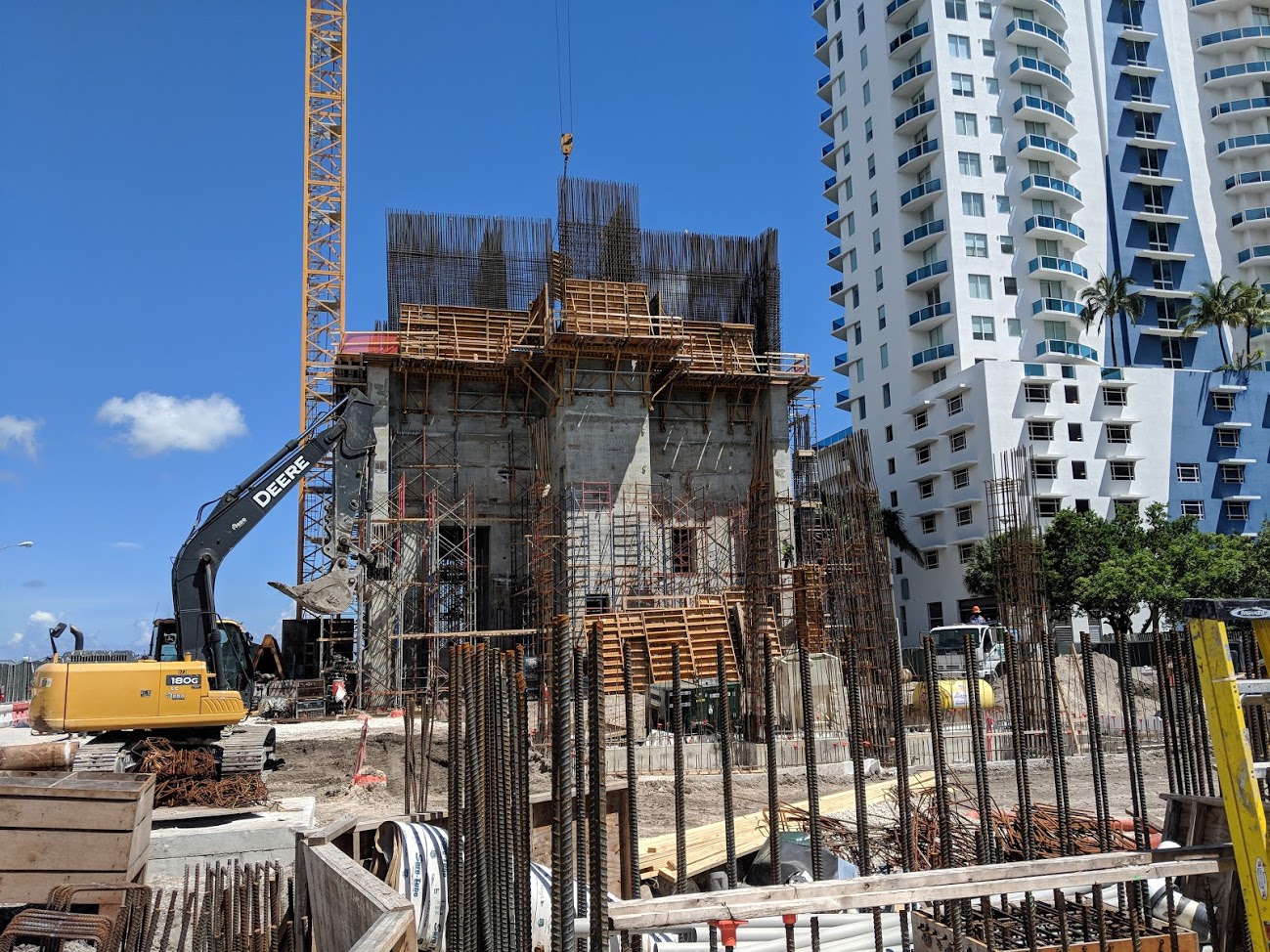 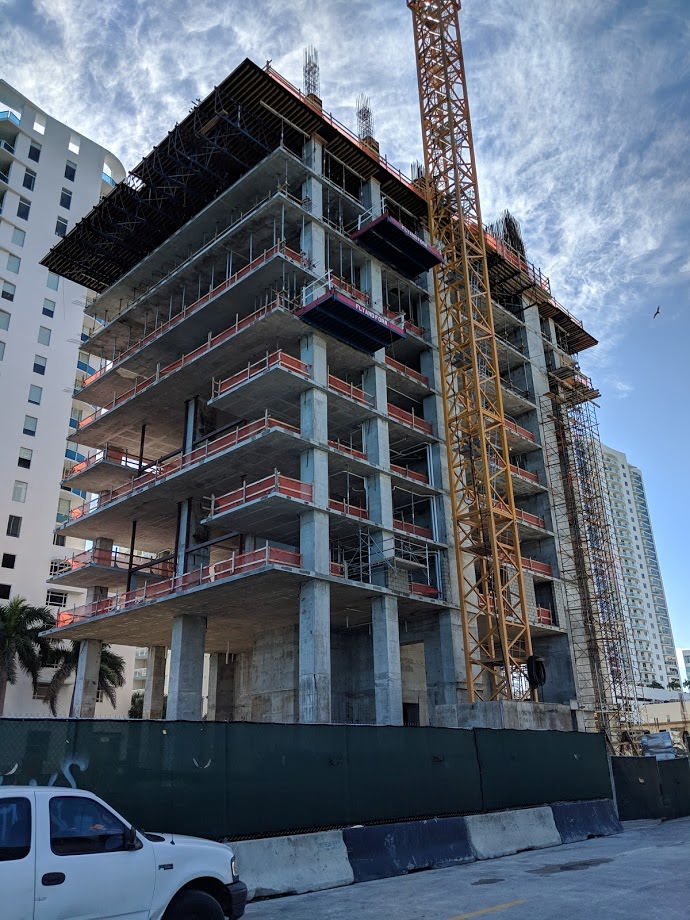 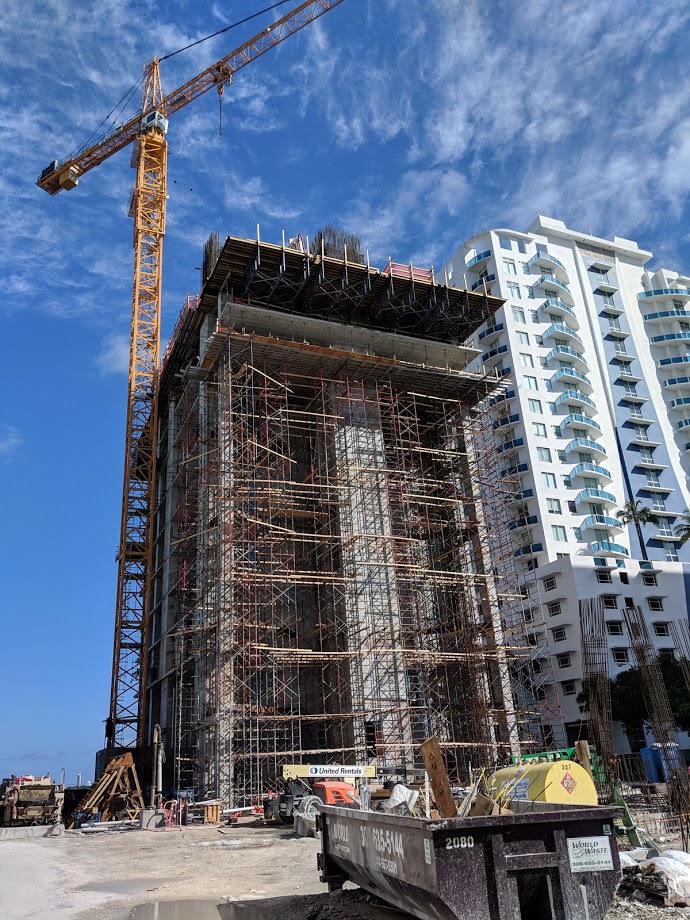 The 57 story Elysee tower is taking shape in Edgewater since the building topped off at the beginning of the year. A year ago , construction reached the 34th floor. The crane has been removed from the building and the parking garage has been...

It’s crazy how close to the water this is. Like. Legit just a small walkway in between.

Edgewater’s 57-Story Elysee Tower Is Complete: First Look Inside, With...