I’ve seen 960 ft and 1000 ft being tossed around as the height of the taller tower. With 88 floors being touted, I would imagine the 1000 ft figure is more likely. 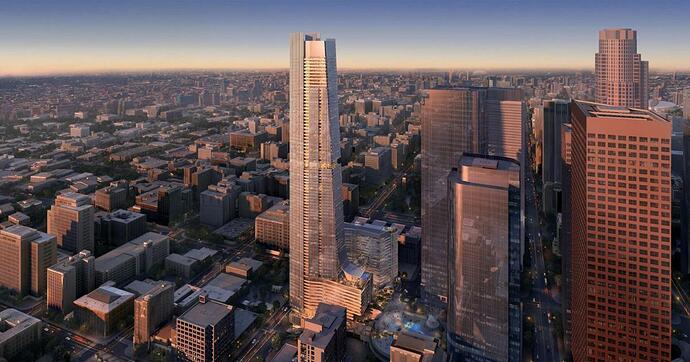 A report from the City's Chief Legislative Analyst recommends that Los Angeles officials select a joint venture between MacFarlane Partners, the Peebles Corporation, and Claridge Properties to develop Angels Landing, a coveted property adjacent to... 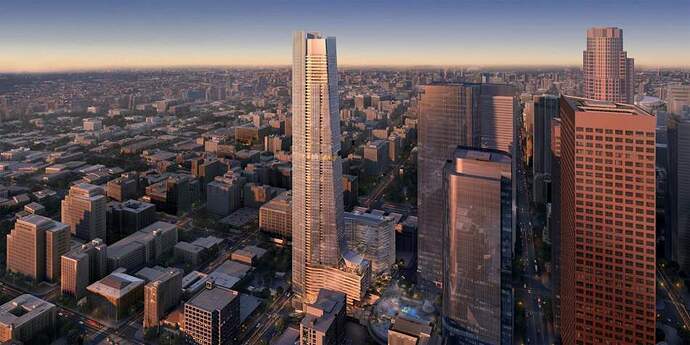 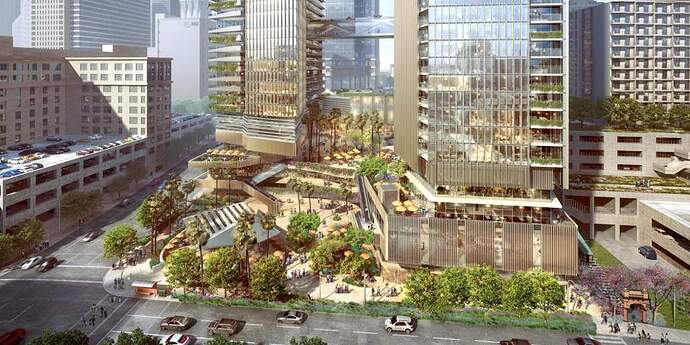 HOLY MACKEREL
That base is quite something.
Are these 2 towers? I see a skybridge! I am confused by the whole architecture of this project, the first render doesn’t do it justice I think

You can see the two towers clearly in the last render. The second one is much smaller, in front, and to the left.

“…project is imagined with two towers - a 24-story edifice at 4th and Olive Streets and a sleek 88-story structure fronting Hill.”

in business with the city 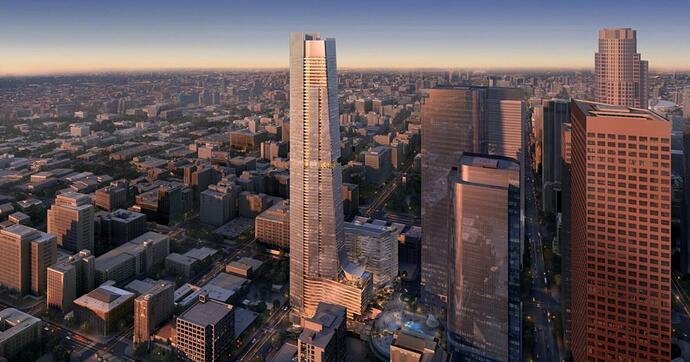 In a small but important step towards the redevelopment of the Angels Landing site, developers MacFarlane Partners, the Peebles Corporation, and Claridge Partners have submitted plans for the project.

The larger building, which the Los Angeles Times reports could rise to 1,020 feet in height, would rank among the city’s tallest buildings - surpassing both the Wilshire Grand and the U.S. Bank Tower in terms of roof height.

Construction of the Angels Landing development is expected to occur over approximately 41 months, with completion expected in 2024. 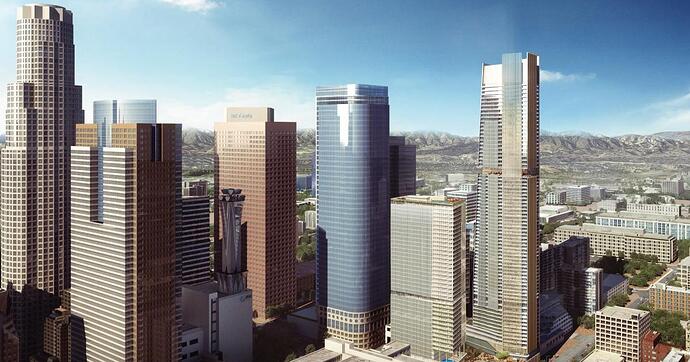 Here's a Look at the Scaled Back Plan for Angels Landing

An official project website provides a first glimpse at the more modest plan for Angels Landing, the proposed high-rise complex slated for the coveted Bunker Hill Y-1 parcel.The project, which would rise at the northwest corner of 4th and Hill... 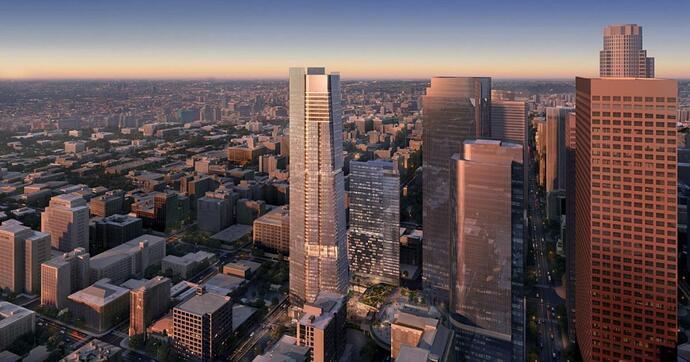 Three years after securing the rights to Bunker Hill's coveted Y-1 parcel, a trio of minority-led development firms is taking another step forward with plans for a $2-billion skyscraper complex on the property.

for Los Angeles, that could be a task. So we’ll see 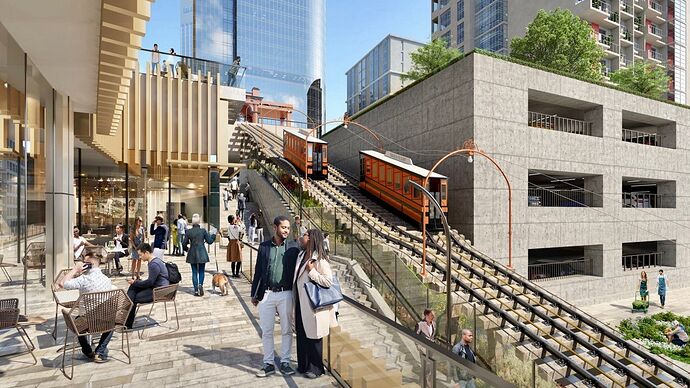 Construction for $1.5 billion Angels Landing to begin in a year

Developers hope to complete the skyscraper by 2028 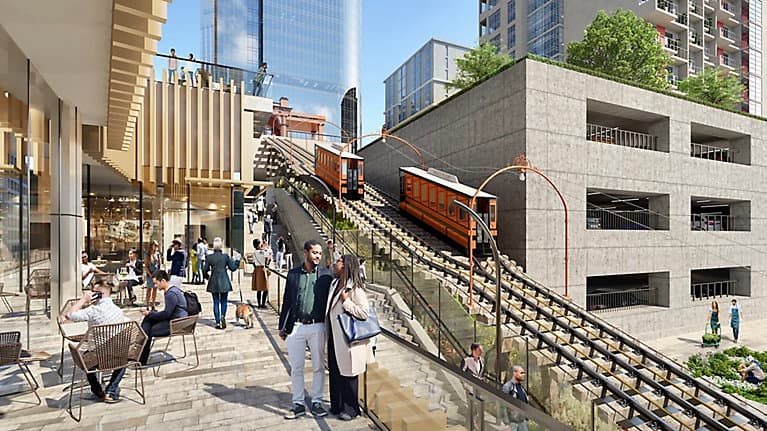 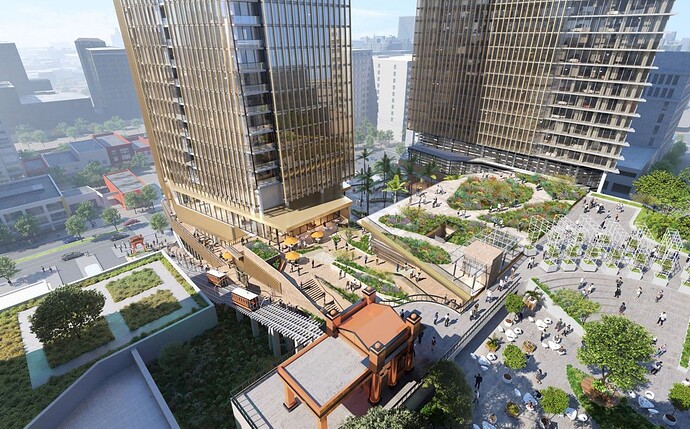 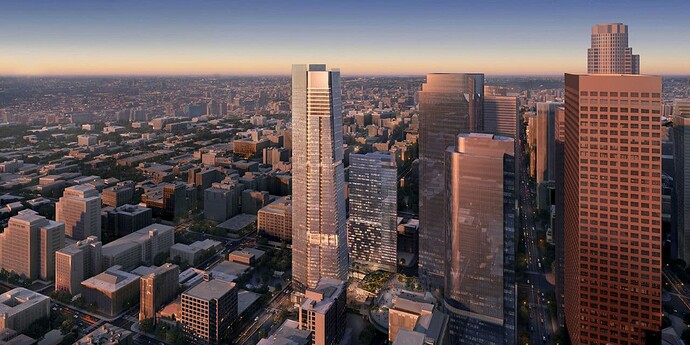 The height is meh, but the building looks nice, if a bit plain. Good to see LA’s downtown expanding, getting bigger and taller. 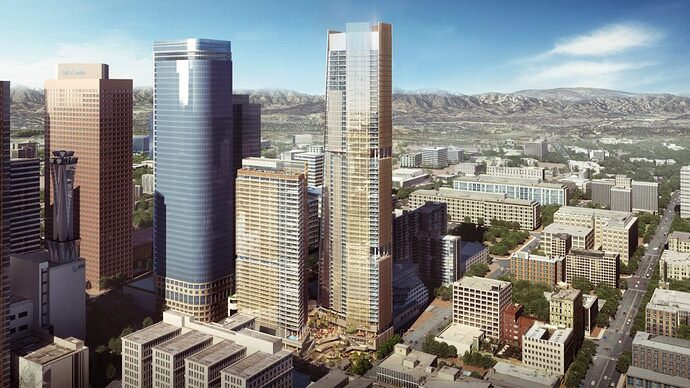 Los Angeles' third tallest building to be a "modern interpretation of an...

Handel Architects has designed the Angels Landing complex in Los Angeles with a skyscraper element that will make it the third tallest building in the city and the tallest in the US to be built by Black developers. 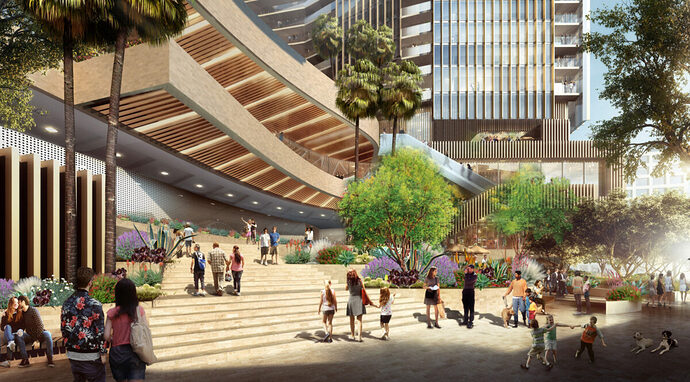 Angels Landing is coming to Bunker Hill. The project, which will rise at 350 S. Grand Ave., will be comprised of two towers — one scaling 854 feet and the other 494 feet. The taller, 63-story tower will feature condos and a five-star hotel. The...

Quote:
Where is Angels Landing now in its development timeline?

We just got the entitlements in May. We are finishing up some documents with the city in regards to the sale of the site. We are going through the hotel incentive agreement with the city now. We are now beginning our next phase of the project, which is really the design and development.

We’ll begin on construction documents so we can get the building ready to construct. That’ll take us another 18 months or so to get the building permitted. From there, we’re going to go forward and build it and get it open hopefully before the 2028 Olympics.