„ Details on the trust represented by Owen are scant. But the Clearwater investment vehicle apparently has deep pockets. Owen says the trust will allocate up to $6 billion to bring the All Net development to reality.

Robinson hopes it doesn’t come anywhere near that number. But the price tag continues to increase.

Robinson’s latest financial estimate for the resort is now $4.9 billion. Robinson is targeting completion of the property by the end of 2025.

The latest All Net Resort & Arena blueprint includes an arena with 23K seats for basketball and 25K seats for concerts and boxing. The 70-story hotel is to include 2,500 rooms, with a rooftop pool and restaurant. 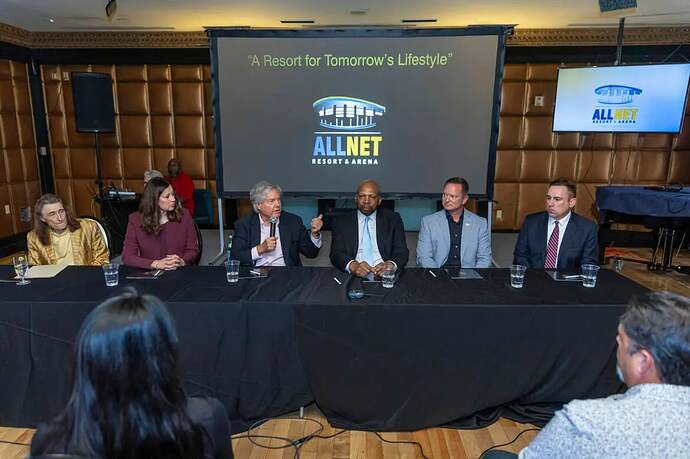 Jackie Robinson's All Net Resort & Arena planned for the Las Vegas Strip is back on after securing new financing. 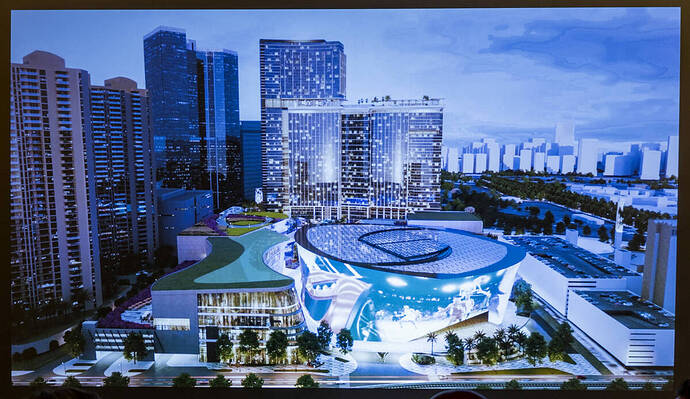 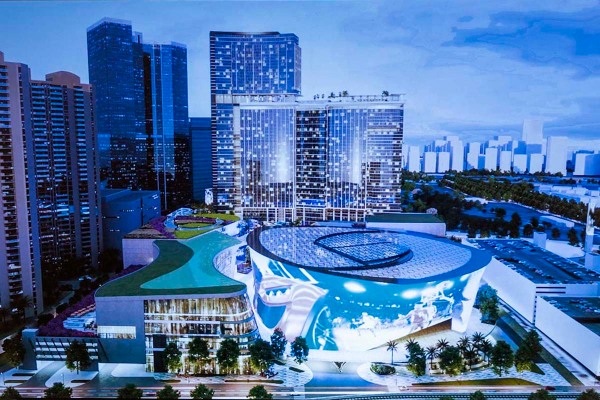 Jackie Robinson unveiled a new funding Wednesday for his arena and hotel project on the north Strip, which has been on the drawing board for nearly nine years.

70 stories? That sounds like a new tallest for Las Vegas.

Also I expect the arena to be orgasmic. These new arena designs are seriously amazing. Like look at the other new arena in Las Vegas, Allegiant Stadium, absolutely amazing!

The render makes it look almost neck in neck with Fontainebleau, so it’s questionable but possible. As for the arena it’s kind of a pity that it’d be hidden away, almost in a sort of alcove, on the back side of the strip. But I agree that the recently built multipurpose venues around the city are nice.