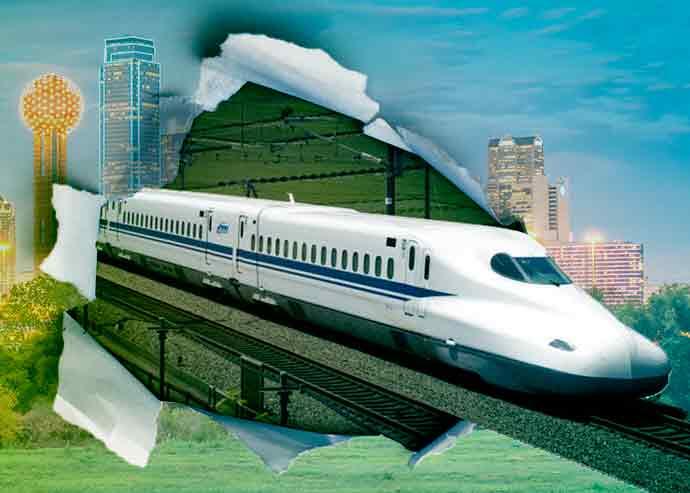 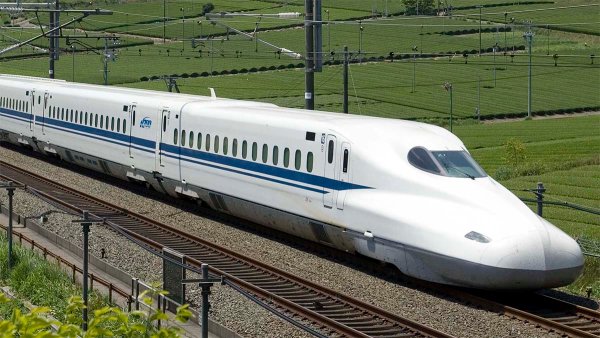 The Texas Supreme Court on Friday issued a major decision in favor of developers planning to build a high-speed train between Dallas and Houston.

^That’s great and all but I heard they were basically bankrupt? Was that just a rumor or did I hear right? 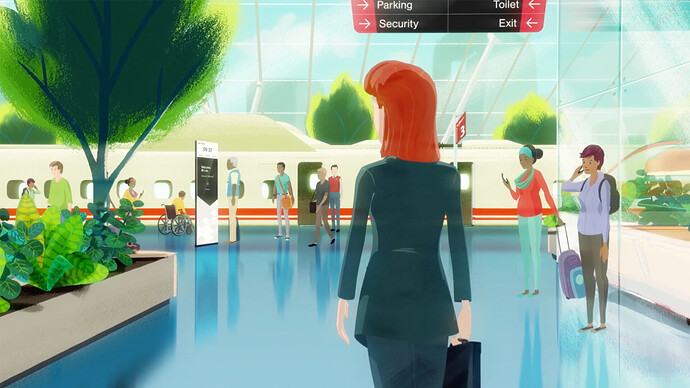 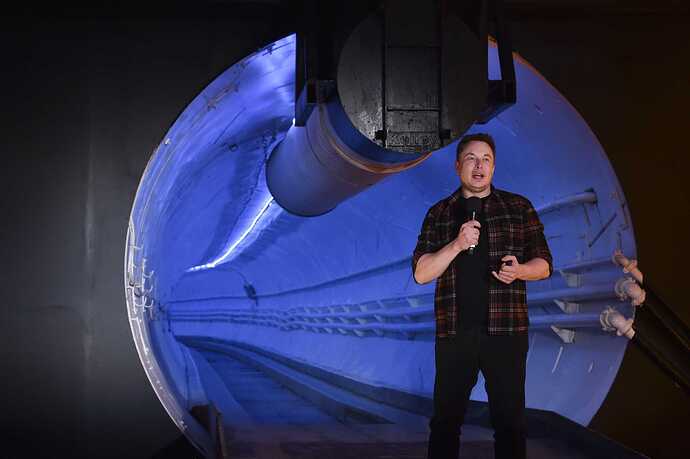 The Boring Co. has been communicating with government officials along the I-35 corridor...

There’s also a very exciting proposal for a “HYPERLOOP” to link the Austin and San Antonio municipal subdivisions.

Where exactly is the rail line to be located?

„The Big, Fast Train that Could“ 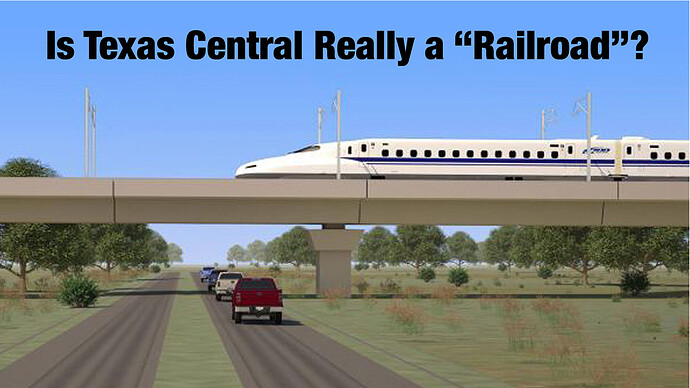 One month prior to this writing, it appeared that the proposed Texas Central high-speed rail line between downtown Dallas and a corner of Houston was about to suffer a fatal blow from the Texas Supreme Court. Texas politics favored such a result and,... 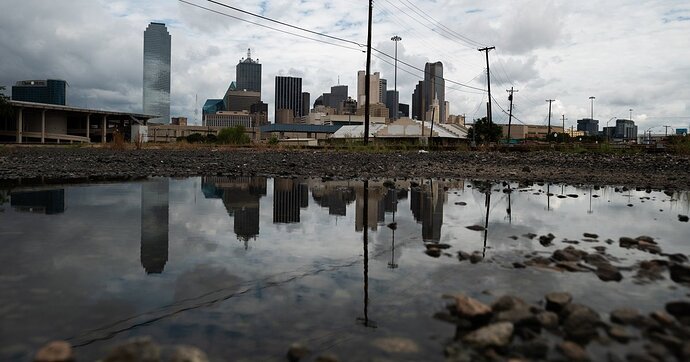 After a decade of hype, Dallas-Houston bullet train developer faces a...

Texas Central has made little visible progress financing the high-speed rail project and acquiring property for the route in recent years. The company maintains that the bullet train is still being developed but declined to provide details about the... 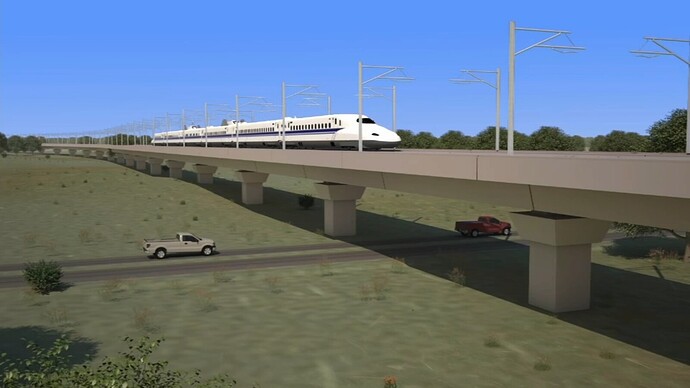 Texas Central has made little visible progress financing the high-speed rail project and acquiring property for the route. They maintain that it's still being developed, but declined to provide details.

What does that mean exactly now?

Could mean the project is in big trouble, could just mean they’re transitioning to a new phase of the project and they need new leadership 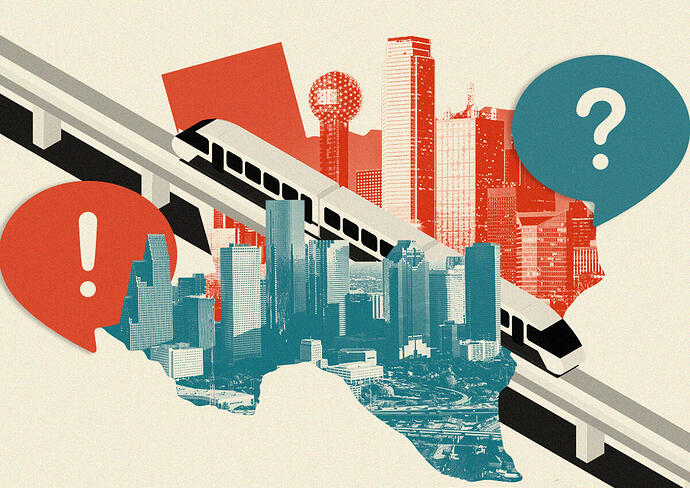 In a letter to Texas Central Railway, 93 property owners demand the developer admit that the Dallas-Houston bullet train project is derailed. 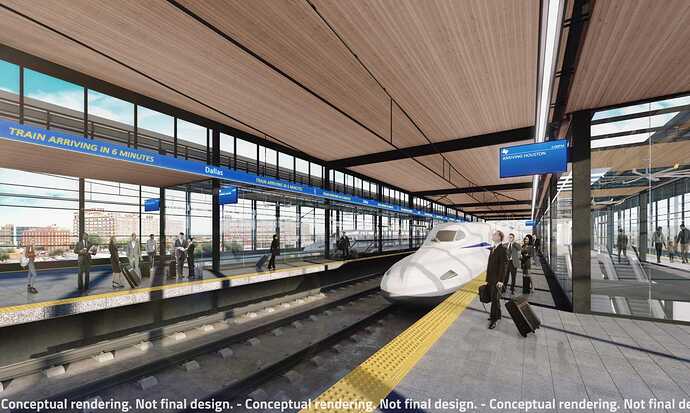 Critics say the bullet train from Houston to Dallas will never happen, and...

Since its former CEO left in June, the company has said it is securing financing, but...

I can’t read anything. Paywall

Here’s the article text for those who are paywalled: 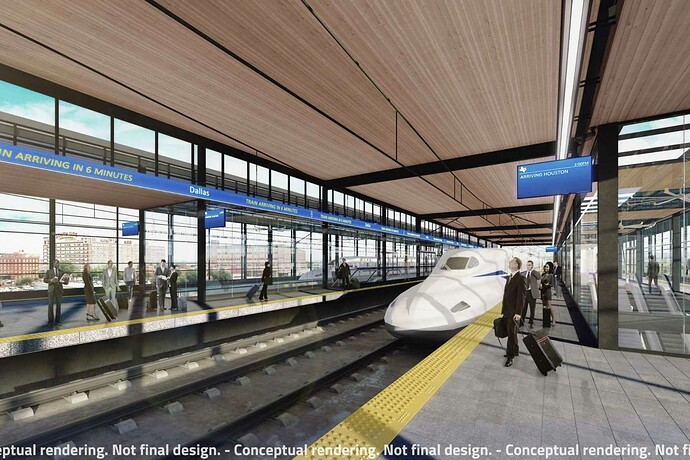 People in the path of a proposed but floundering high-speed rail line between Houston and Dallas last week filed a letter that in many ways labels Texas Central Railroad the little engine that will never be.

“Granted, Texas Central appears to be doing things,” attorney Patrick McShan said in the letter sent to the company on Sept. 29. “But none of the things Texas Central is now doing suggest in any manner whatsoever that it does, in fact, intend to construct the project.”

The planned rail line, once touted as mere months from construction, now is more paperwork than planning. Since its former CEO left in June, the company has said it is securing financing, but shown little other signs of life, beyond a July 8 statement after the Texas Supreme Court affirmed its right to use eminent domain to acquire property.

BIG BET ON BUSES: Next step to better transit is predicting where people want to go

“Texas Central has made significant strides in the project over the last several years and we are moving forward on a path that we believe will ensure the project’s successful development,” the company said then. “We look forward to being able to say more about this at an appropriate time in the near future.”

The company did not respond to a request for comment on Friday.

Citing various examples, McShan’s letter said it appears Texas Central is operating as a shell of a corporation, paying property taxes it owed in eight of the 11 counties where it owns property, but still owing HOA dues for numerous locations and property taxes in Ellis County. It reportedly, McShan said, has lost investment from Japan once considered necessary for the project, and has sold some of the properties it acquired during six years of planning and design.

The company never has applied for any construction permits related to construction of the line, though it has certain federal clearances.

TROUBLE ON THE LINE: Bullet train sparks fight as old as Texas

The address listed for its Dallas office, meanwhile, cannot exist, McShan wrote, and its Houston space is for lease.

On Texas Central’s website, the company lists a suite at 1400 Botham Jean Boulevard as its address. That address, however, is the Dallas Police Department headquarters. Police spokesman Cpl. Brian Martinez said Friday no space in the building is available for lease and there are no other offices on the premises.

Across the street at 1409 Botham Jean is a building topped with apartments, but with some office and commercial space. Prior to the decision to rename the street, Texas Central maintained an office at 1409 South Lamar – now Botham Jean Boulevard.

Wherever Texas Central exists, McShan urged the company to own up to its dimming prospects. If it does not, he said, lawyers will consider a Rule 202 petition, which asks a court to order a deposition so Texas Central will have to answer whether it is still viable. The Rule 202 hearing could be the first step “to investigate potential claims against Texas Central.”

“The record upon which the Texas Supreme Court recently granted Texas Central eminent domain authority was restricted to August 2018,” McShan wrote. “Four years have passed, and in those four years new facts have developed, many of which are set forth in this letter. These new facts demonstrate that Texas Central no longer has any intention of constructing the project.”

It is not the first time Texas Central and its opponents have sparred over reality in court. Previous arguments over Texas Central’s right to condemn land focused on whether a company that owns no railroad tracks or trains can be called a railroad.

ON THE ROAD AGAIN: $27B backlog in rural projects could pose risk to drivers, Texas economy, report finds

Whatever the status or viability of the project, landowners concerned about it remain on edge. Texas Central’s insistence, valid or not, that it still is on track for construction leaves residents and landowners in limbo, they said.

“We have 320 acres in Harris County, and if we want to sell any of it we would have to disclose the train routes,” said Christie Parker, one of more than three dozen landowners active with Texans Against High Speed Rail, a group formed to oppose the project.

Near Hockley, just outside the Grand Parkway in northwest Harris County, the train’s route has scuttled development deals, she said, simply because buyers are skittish to risk condemnation and landowners do not want to build on land that could be seized.

For others, whose homes could be affected or demolished, it is even more nerve-wracking.

“They can never have a full night’s sleep because it is all hanging over their head,” Parker said.

Stressing she was speaking only for herself, Parker said what she would like is some assurance from Texas Central that acknowledges it lacks funding at this time and construction is not imminent.

“I think it would be an honest assessment of their situation and that is what they owe the public,” Parker said, acknowledging the company still may want to retain some glimmer of potential.

It should not, however, be allowed to maintain that glimmer at the expense of people.

“I think the question to them is how long are we in a holding pattern for them to find funding, if they can find funding,” Parker said. 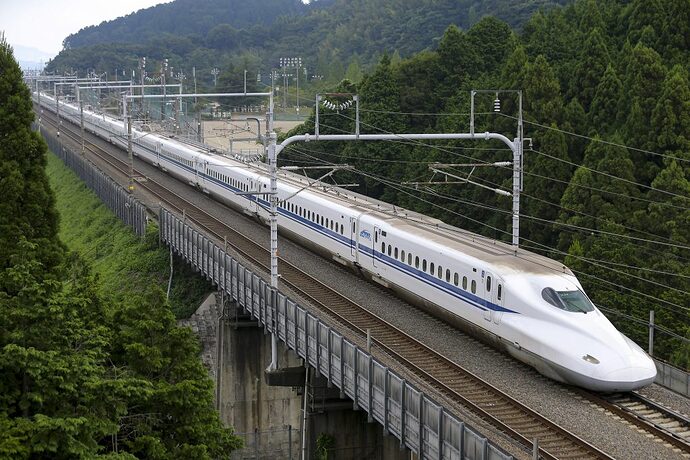 Texas Central still has a pulse, but residents and landowners demand answers...

Texas Central still has a pulse, but residents and landowners demand answers; back taxes in several counties have been paid. 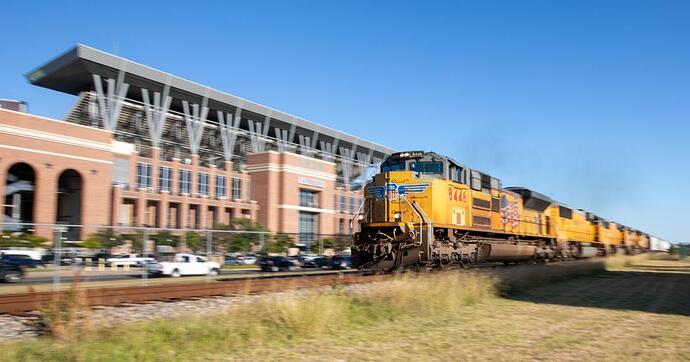 Announced in 2012, private railroad company Texas Central proposed its idea for a self-described “Texas high-speed train” that will be the “first truly high-speed train project” in the U.S. and With lingering skepticism about Texas Central’s ability to build a high-speed rail line, landowners along the route want the company to be more forthcoming about the project’s status.