Basic site plan for the post above. I’m thinking of upgrading the Mariott tower to something less plain jane, and I am also considering my options for a couple more towers at the transportation hub. 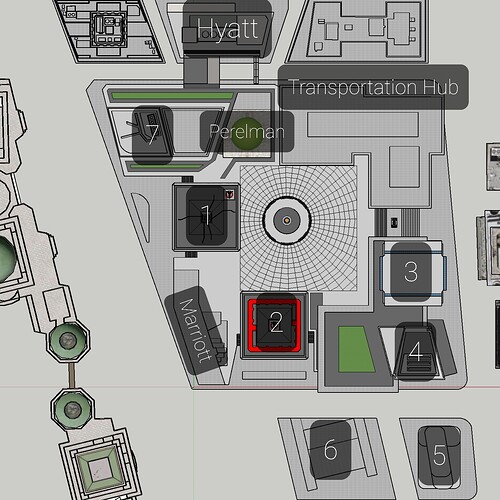 @NewYorkCity76 OK, I know you’ve been waiting for this one, so here I go;

@Brady_Cloud Again, giving you thanks for many of the assets in this model. It is greatly appreciated! 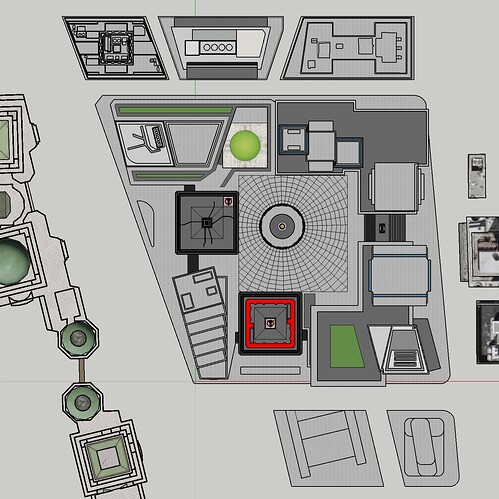 The tower to the south is a new commercial tower, as part of a 3 building murderers row, if you will, with the existing 3 and 4 World Trade Center towers, each massive glass towers, with millions of square feet of class-A office space, and producing a veritable street wall along Church Street.

The tower to the northwest with the three blocky masses is a new St. Regis hotel, which will operate as a luxury hotel destination, working in concert and as a high-end alternative to the Marriott, which itself will be rebuilt in the same previous spot, but much higher and including several setbacks and cantilevers.

Looks great! I’m curious how it looks like from different views 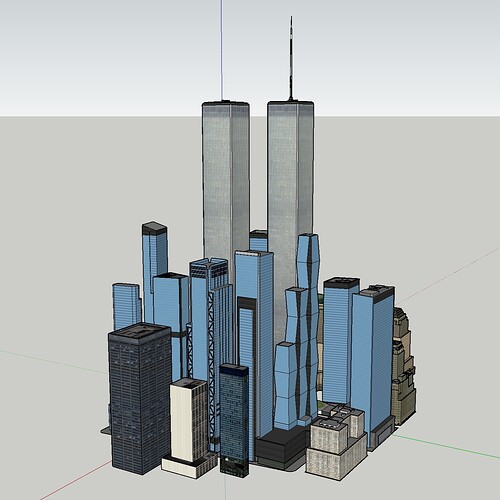 Nice! That complex looks huge! Judging by the heights of 3 and 4 WTC, the twins are like over 800 meters high I suppose?

1,946 feet tall to the rooftops so a little less than 600 feet taller than the original towers. 3 wtc is rotated clockwise a couple degrees to better line up with the other buildings, but in any case, the plaza is better enclosed to create a super intimate environment, even though it remains at that 5 acre size. 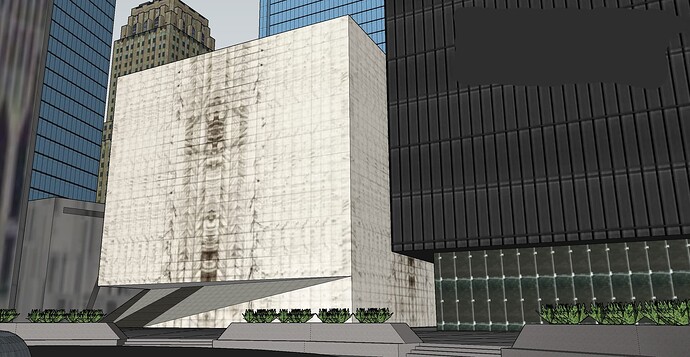 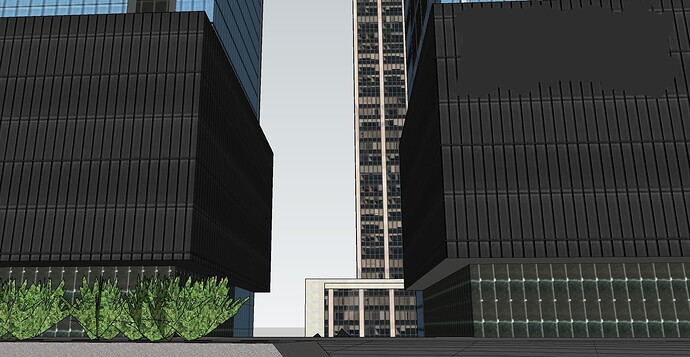 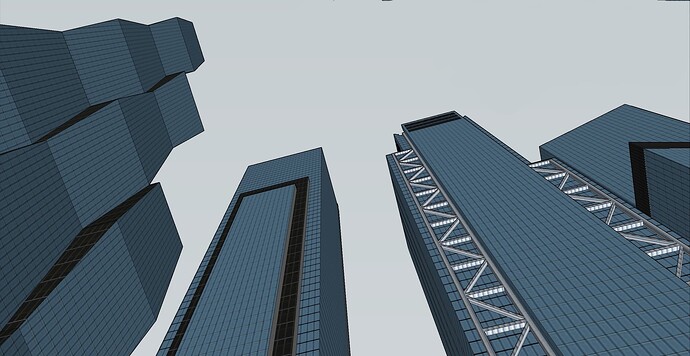 Gives me Rockefeller Center vibes, because of how the smaller additional buildings are part of the complex.

I was basically going for a Manhattan West/Hudson Yards style for the new, smaller towers. This new complex will have to be cutting edge. There is no comparison to Rockefeller Center with its Art-Deco design set and incredible masterpieces throughout. It’s so 20th century it’s iconic. Even the annex buildings across 6th are top notch with the international style architecture and media firms dotting both phases.

@NewYorkCity76
@Alemel
Here are a few of my concepts put into one model; The continuation of a long legacy of Art-Deco icons, this new development takes the lessons of an entire century of operations at the Empire State Building and applies them to a new building.

Check above for the various improvements proposed.

This is great work! You got a lot of my favorites in one place!

Well, they just give New York a bit more of a certain something. They help expand on the wedding cake, art-deco style that made New York so special in the first place and the modernism that allowed New York to become ubiquitous with American architecture more broadly. It also helps rectify some mistakes that were made not too long, but getting longer ago. An updated version of Schwartzman-Bryant Place; The main tower features the library, a design as close to Mies Van Der Rohe as I could achieve, and a large public plaza, which I am still working on, and is 1,293 feet tall. The two annex towers also feature designs closest to Mies as I could achieve, and they frame a smaller plaza oriented north-south.

Well, you could see how the top roofline of the Bank of America tower lines up well with the lower towers to the west. Then, the taller tower roughly lines up with the top of the spire. That’s what I intended here. I’ve added a couple of the buildings on 5th avenue such as 500 5th avenue and 520 5th avenue having their view corridors preserved.

I have also updated the plaza, with a better orientation of the fountains and some of the artwork being better placed in the overall space.

Made some improvements to my concept for Lower Manhattan. I’ve added a significant amount of the land reclamation proposed by Jason Barr in his economical, viral, development-centered proposal for such an expansion, while also largely fulfilling the design of Vishaan Chakrabarti for something more landscape-consious and better contextualized to the rest of the existing island. 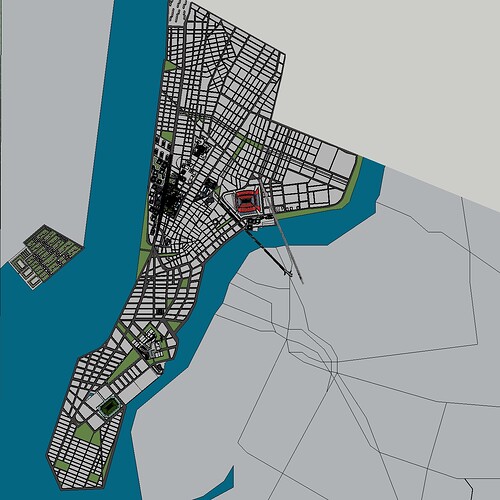 I am also considering adding two new segments of housing towers on the western flank, perhaps joined at the hip by some kind of major commercial center. This will take most of its cues from the following plans for Battery Park City, fulfilling the ambitions of previous architects and planners in the process. 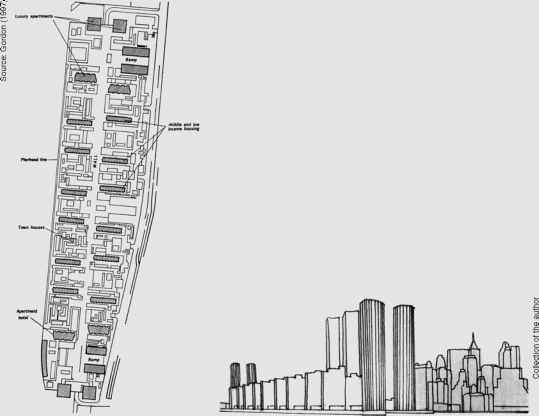 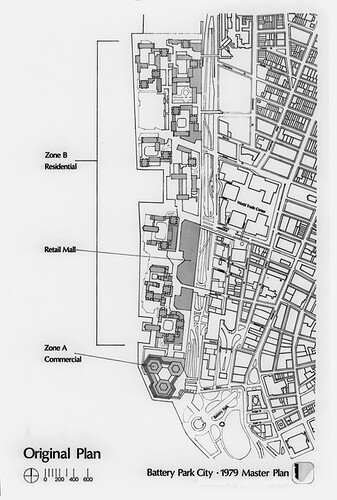 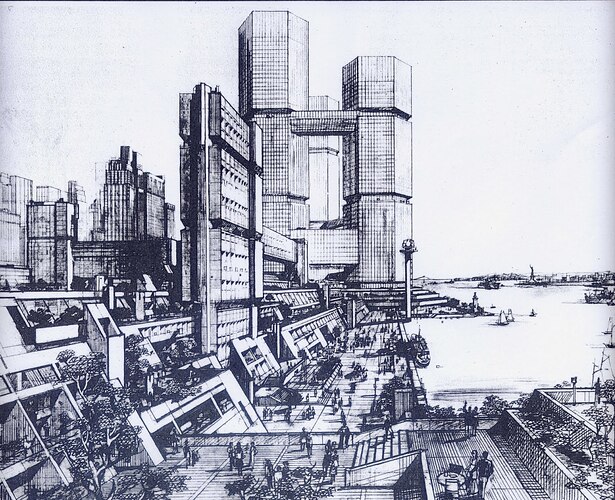