Seems like the Age of Ramses is spilling over to Seattle

A Miami-based developer is proposing a 101-story mixed-use building at the corner of Fourth Avenue and Cherry Street that, if built, would be Seattle’s tallest skyscraper and the tallest on the West Coast.

The property owner, Costacos Family Limited Partnership of Seattle, has filed papers to turn a parking lot into a skyscraper, records show.

But other public records indicate Miami-based Crescent Heights is the project’s true developer and that the Costacos family has an agreement to sell the half block to a partnership affiliated with Crescent Heights.

In early September, representatives of Crescent Heights met with city planning officials to discuss requirements for its project. About a week later, the Costacos family recorded a document that indicates it sold the property in May to a Delaware limited-liability partnership that is affiliated with Crescent Heights.

The proposed structure would contain 1,200 residential units, 150 hotel rooms and 167,150 square feet of office and retail space, according to Seattle’s planning department.

The high-rise could block the west-facing views of the city’s tallest skyscraper, 76-story Columbia Center. The tallest skyscraper on the West Coast is U.S. Bank Tower in Los Angeles, according to the Council on Tall Buildings and Urban Habitat. The 73-floor building rises to a height of 1,018 feet. The Columbia Center in Seattle is 933 feet high. 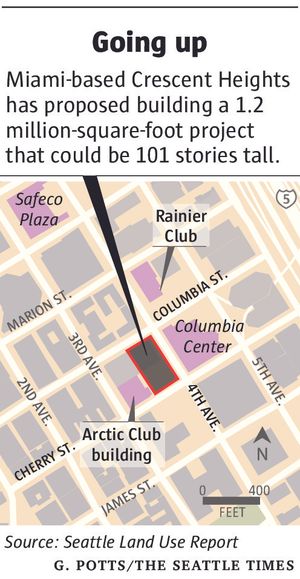 The only other news I could find about this. Very short article, but hey, news is news… Lol

“DOWNTOWN – Crescent Heights Inspirational Living, which is apparently a developer and not some weird religious organization, has paid $48.75 million for a property at 701 Fourth Avenue and has plans to build a 1.2 million-square-foot, mixed-use tower. Plans call for 840 residential units, 160,000 square feet of office, 30,000 square feet of retail and 400 parking stalls. [DJC]”

This was the previous design by ODA: 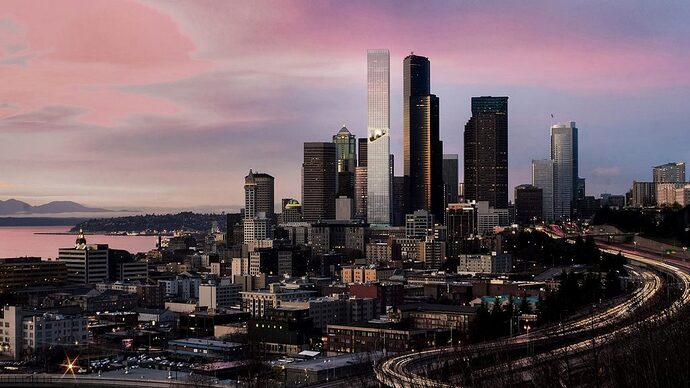 Architecture firm ODA has designed a residential building in downtown Seattle that splits in half to create an elevated private park.

Per Zapatan:
From a while ago (December) but this is the latest news

Plans finally resubmitted to the city and feature a new design. 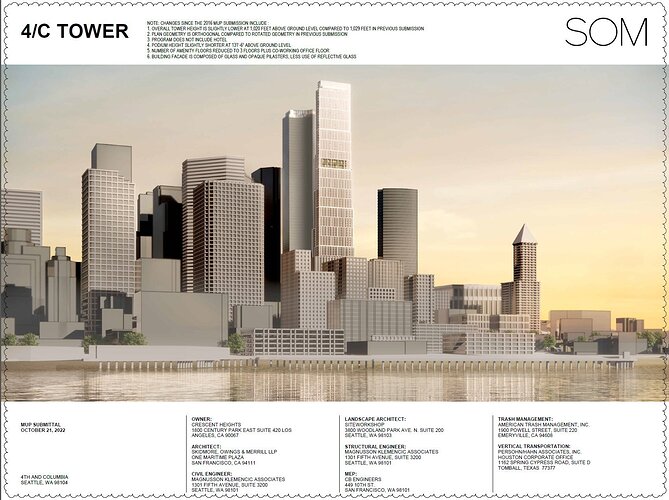 Ha yep! Fortunately this is the best one yet. I really love the (potential) interplay of this white tower with its hard lines, directly next to the black, curvy Columbia Center. King and Queen of the skyline. 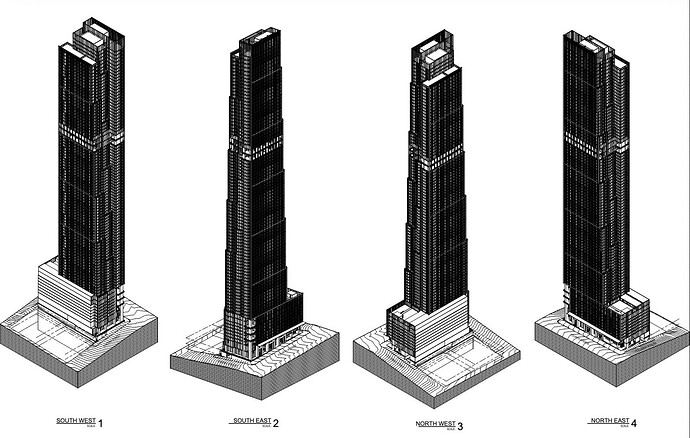