NEW YORK | Sky High Towers and other concepts made by Mackensen

I think someone is working on his project

Pardon for my ignorance, but is it true that the larger the sqft the larger and taller the building is?

Certainly not, the larger part will always be true (as it’s just fact) but not necessarily the height part. The Pentagon is 6.5 million sqft, while the Burj Khalifa is only 3.3 million. That of course is a gross comparison though.

The height of a building in relation to it’s floor area is a simple factor of how large the building massing is and how the overall volume is shaped.

Ah okay, thanks for the information

Certainly, though I will add that the area is affected by appearance even when the areas are established as being smaller or bigger than the other. Take 30 and 50 Hudson Yards, 2.6 million and 2.9 million respectively. And 270 vs 175 Park Avenue, which will have similar floor areas.

Would it be possible to build a Skyscraper with the same footprint as 175 Park Ave. on Site 1 up to 1900 feet tall?
What exactly would be the criteria for a megatall?

I would say yes it’s possible, but it’s possible that it would have a lot of vanity height, not the exact same footprint though, as the footprint of Site 1 is larger than the plot 175 Park Avenue is on, but any tower than rises on Site 1 will not be the full size as the plot as is the case with a number of constructions in NYC.

I wouldn’t say there is an explicit criteria for any construction to reach a certain height (in NY specifically as it applies), that is solely determined on the area of the building and the zoning. 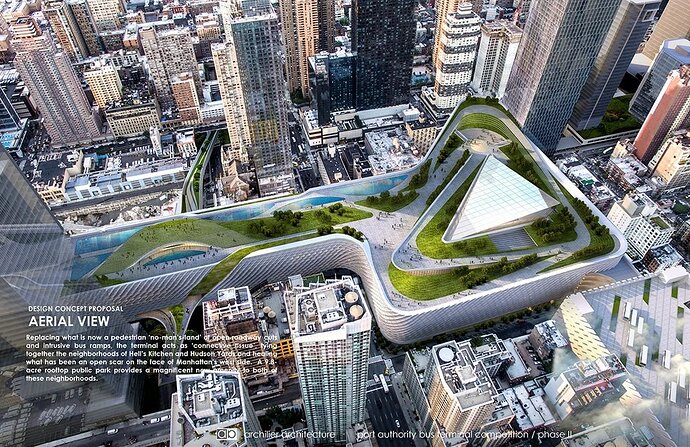 Though I don’t know if FAR bonuses for public space are included in the additional FAR added to the PABT sites (it is quite likely though) it’s certainly possible. But bonus points with FAR can only total up to so much additional far to a certain extent that they can no longer apply. In this case they can only be used to increase the maximum allowed FAR for this zoning area of Midtown of 15 to 18.

I’m still kinda naive to the basics of FAR. Is like 18 FAR means the building can be very tall (for example 1400 ft)?

Not really. The Floor Area Ratio is a zoning amendment and guide that developers, architects, contractors, etc, use to understand the size scope of their project. FAR does not dictate how tall a building is, only how big it is in floor area, other zoning amendments have more say in how tall a building can be in a specific district or location, and down the the site, streets, and other existing/non-existing developments around it.

If a site is 100’ x 100’ ft that means the lot area is 10,000 sqft. It that site is zoned with a FAR of 10, that means that the building can reach a max zoned net area of 100,000 sqft, if the site and zoning allowed, that would allow a rectangular 10 story building, But developers and architects can manipulate those dimensions and allow the floor plates to get smaller as they rise or add setbacks that would allow the building to be taller.

Thanks for the information! I’ll save it somewhere.

One Vanderbilt had a FAR increase to 30 from the allowable 15 and, although the project was not a part of the Greater East Midtown Rezoning, it was one of the few if not the only planned skyscraper that was allowed a FAR of 30 before a cap was placed at 28.

Now I find the FAR a little confusing, to be honest, but still thanks for this interesting information. And I didn’t realize that One Vandy was not part of the rezoning, because I always thought that it was since the rezoning was introduced somewhere in the 2010s.

As for @Mackensen towers, the towers do look like it has a width of 175 Park or greater

Well it technically was still part of the Greater East Midtown Rezoning plan, but it was in its own category separate from the overall plan along with the rest of the Vanderbilt Corridor. The corridor was rezoned first and then followed by the rest of the east midtown rezoning extents.

@Mackensen could definitely modify their buildings to fit any large NY block within reason, but in general I’d compare the base size to 50 Hudson Yards or The Spiral over 175’s lot dimensions.

Ah okay, no wonder why they said that 270 Park is the first building under that plan

As for the Sky High Towers, 2000ft is a pretty high for a skyscraper and would definitely dominate the NYC skyline

Thanks for the ideas suggestion that I can plan the Sky High on the property of 50 Hudson Yards. 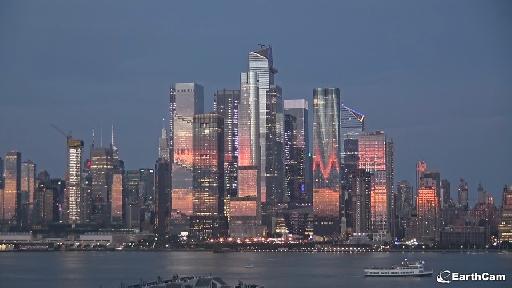 Do you mean it as narrow twin towers on the property or a very massive 2460 feet megatall?

As a megatall, it would be a very very large project, the 2nd largest skyscraper in the world. 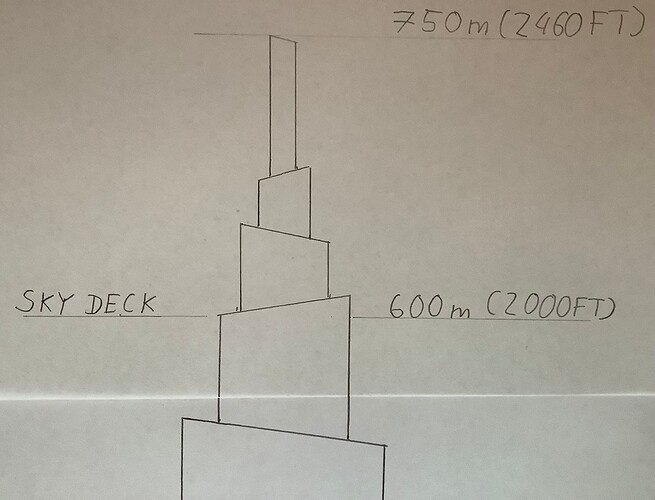 No project is planned here yet either. 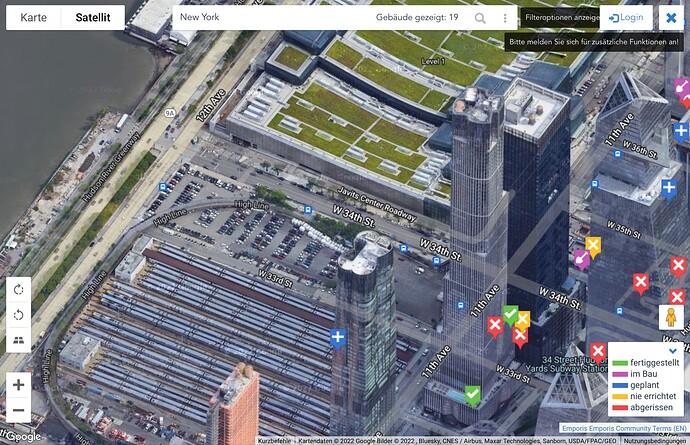 Would that be possible?

I wouldn’t necessarily have taken that as a means to build on the lot 50 HY is currently on, more so just referencing it’s lot size since it’s bigger than 175 Park Avenue’s. But in general I would mostly say a singular tower, since putting 2 towers on a lot of that size at that height would be extremely uneconomical, but I guess that would also take into account what the function of your project is.

As for the lot you are referencing in the image, which I’d assume is the one between the Javits center and the Western Yards where the High Line ends, I am not sure if all of it or just a portion of it is involved in the RFP involving 418 11th Ave, but outside of that, it’s not related to the Hudson Yards Phase II plan, so it’s possible to use that as a site for your proposals but it’s currently zoned for manufacturing.