Modern Spaces Commercial + Investment Division has been exclusively retained to arrange for the sale of an exceptional development site located at 30-25 Queens Boulevard,

Situated adjacent to Sunnyside Yards in the back and unobstructed views over the 59th Street Bridge into Manhattan in the front, this is remarkably the most prime development site in Queens Plaza and one of the only pieces of land left to develop. The location benefits from a strong condominium market and a neighborhood where rapid absorption has substantially fostered rent growth and record-setting prices per square foot.

Transportation is also convenient with the closest subway station at the corner. New retail and commercial business in neighboring buildings will only drive the potential value here by further connecting the streets into a live, work, play community. 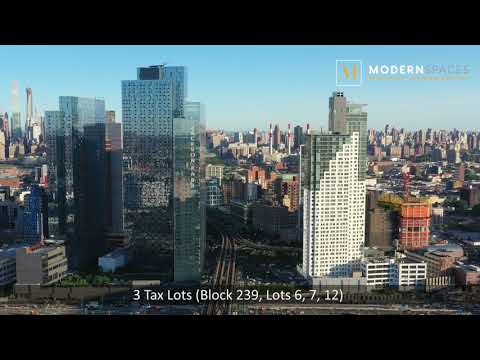 Nice I was wondering what would go here. Always go by it on the way to Queensboro Plaza on the 7. This would pretty much enclose that space near the approach to that station.

I like it. Reminds me of something similar proposed near the Skyline Tower closer to Citi.

Edit: just noticed the purposeful use of older material in the rendering without the Sven at its current height. Wouldn’t want to show the taller option nearby.

I remember there was a QPX which ended up not being the actual plans of the developer. Is this the same site? I think that one was a build on top of a warehouse.

edit: nevermind, that was called “QPO”

I like this, a very good filler in the LIC skyline

It has a Fogarty Finger look to it