On SSP, the four towers of the bus terminal have an extra topic. Therefore, I create it under reserve who thinks we do not need it, then this new link can be merged with the existing topic. Since we have one also extra topics on Penn Station and ESC. 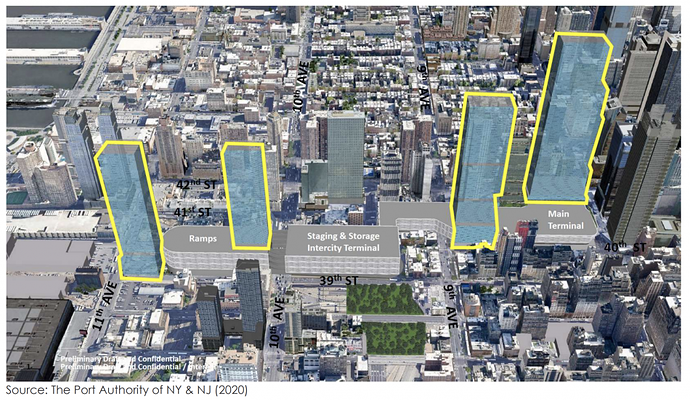 950×552 943 KB
„ The new terminal, which is expected to accommodate growth in bus traffic through 2050, is expected to complete the Federal environmental review process by Summer 2023. At that point, construction would occur in phases, allowing the existing facility to remain in service while its replacement takes shape. That includes decking over sections of Dyer Avenue early in the process, providing a temporary staging location that would be converted into green space later on.“ 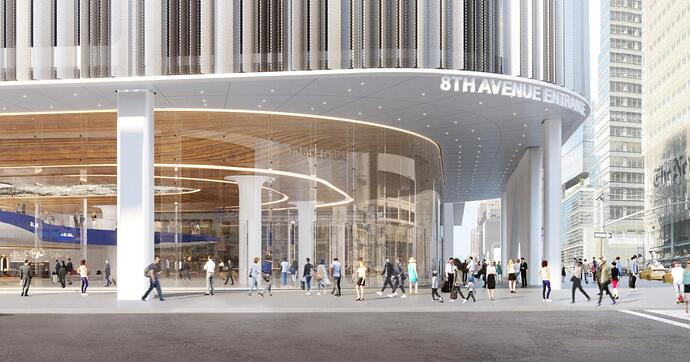 Long-awaited plans to redevelop the Port Authority's 72-year-old Midtown Bus Terminal are moving forward, with the announcement that Foster + Partners and A. Epstein and Sons International Inc. will lead the project's design team.

I wonder whether they’re expecting bus passengers to walk up and then over an avenue and a half to get between that new “intercity terminal” and 8th Avenue and the subways?

The decision to not build the 10th Ave stop on 7 line extension is looking particularly idiotic right now.

Considering this thread is specifically about the towers, that conversation is better suited to the bus terminal thread here, otherwise this thread will just become a mishmash of the other thread and be pointless.

„This tower would be located at the far western end of the development. It would sit just west of the new ramp structure. It would have a footprint in size roughly equal to or slightly smaller than One Vanderbilt. Because it sits directly over a tunnel opening, there will not be as much sublevel space here as it could be, giving the tower more elevation.“ 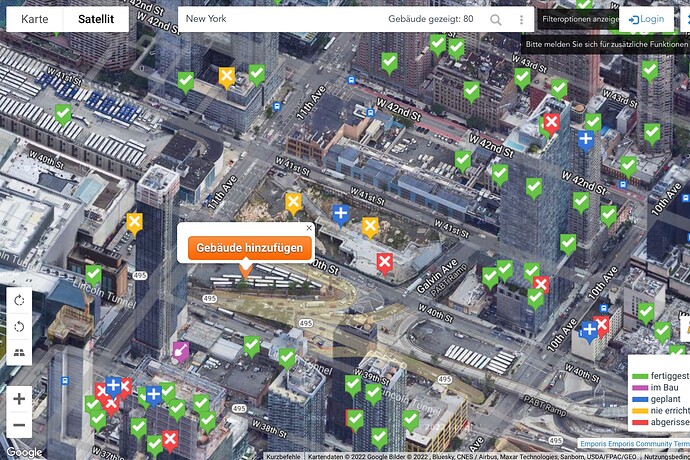 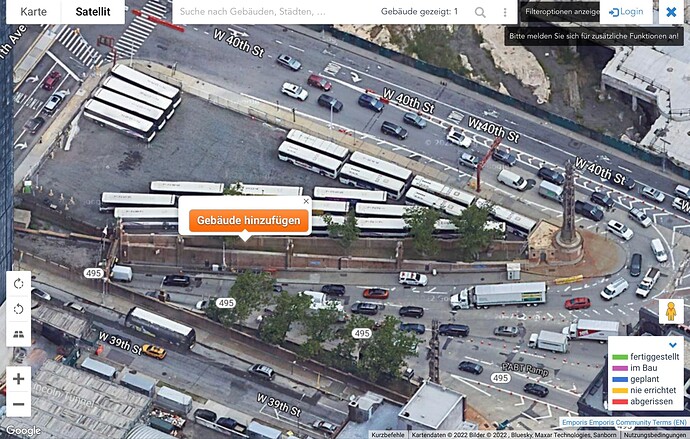 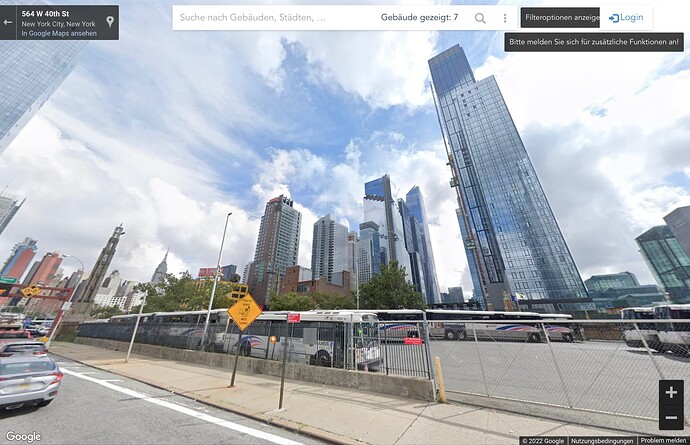 How high can the four be built?