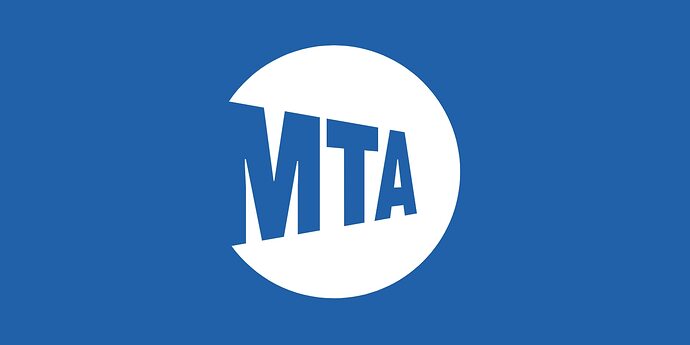 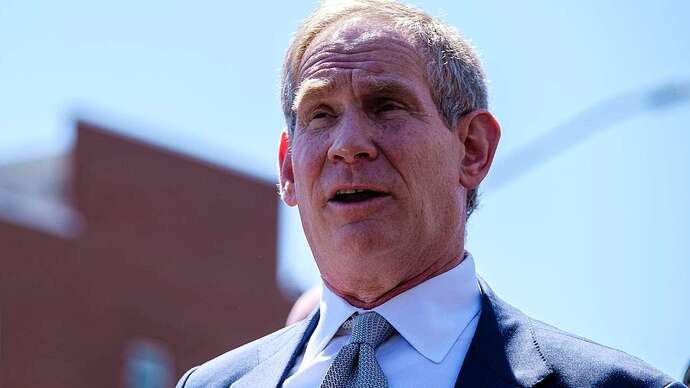 MTA chairman making no 'apologies' for East Side Access plan

Janno Lieber fought back against criticism from LIRR riders who say the forthcoming schedule changes related to the expansion project will complicate and lengthen their daily commutes. 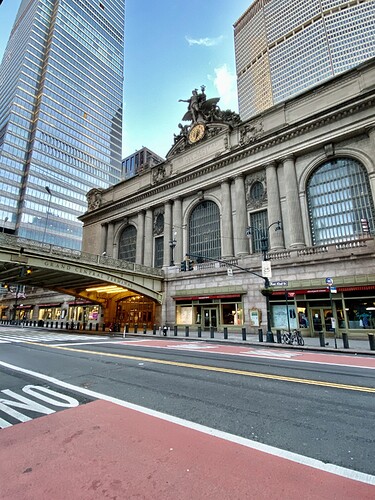 The new terminal is set to open by the end of this year. 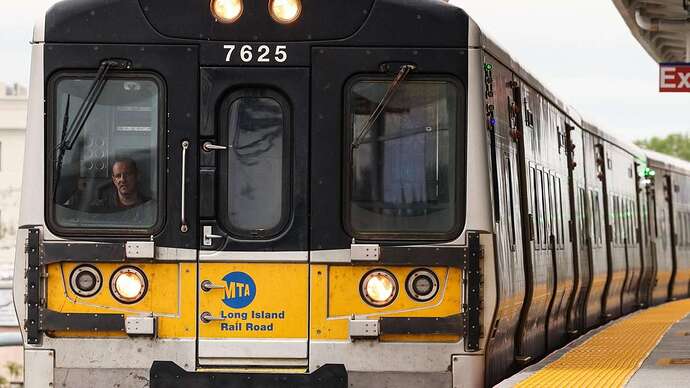 Several speakers said they were looking forward to the benefits of East Side Access, which is scheduled for completion in December. And then the railroad released its service plan last month. 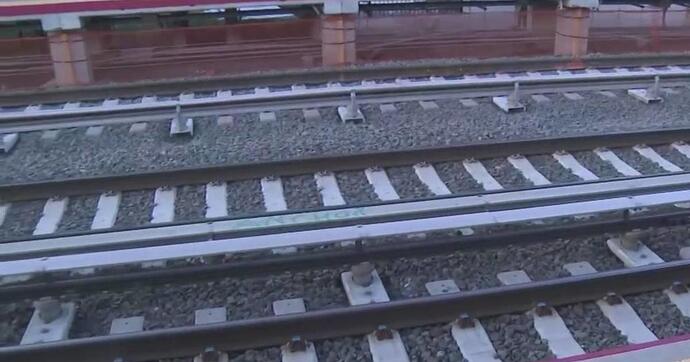 MTA officials called it "a transformational moment" for commuters. 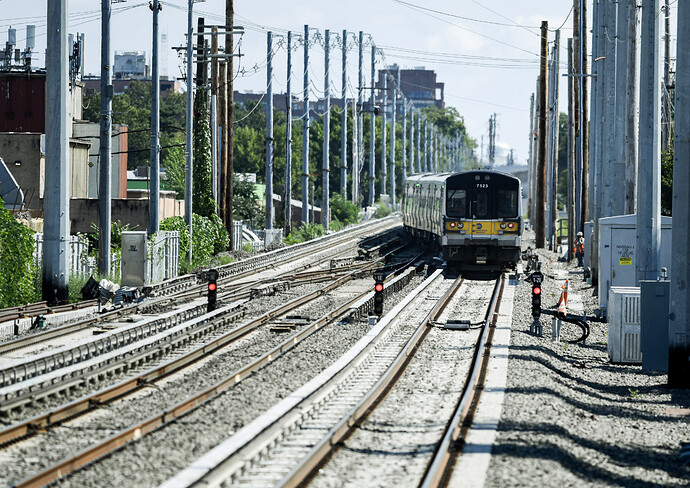 I got to tour the East Side Access project on Friday. I was allowed to take my own photos but I had to sign something saying I would not post them online until after the project opens: 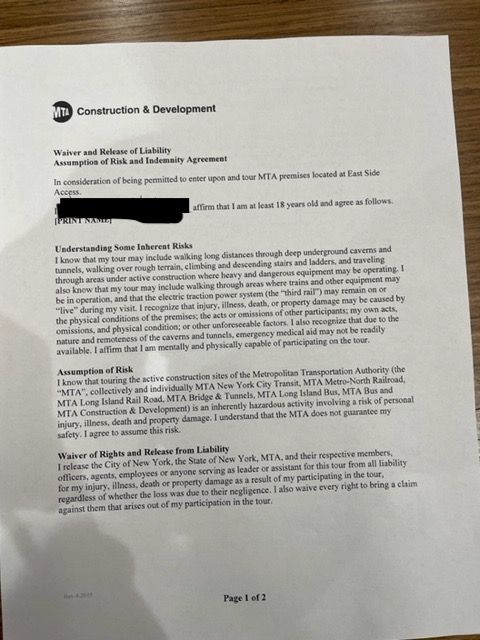 Here is a map of the project in the LIRR’s office in Grand Central: 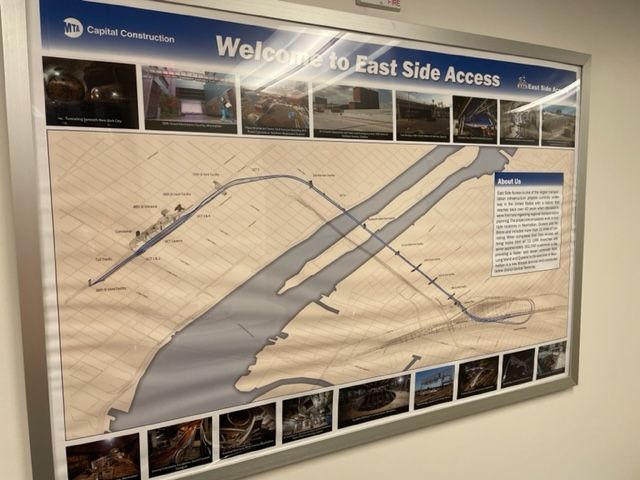 The terminal concourse is built in the old underground yard and has a rectangular shape visible to the public despite the facility’s random shape. The only vestige of the old curving track is at the transition between the original Grand Central and the new concourse, where a series of staggered piers hint at its original function.

There are also 2-3 pillars a the bottom of the new steps/escalator from Grand Central that are like donk right in the middle and will be a classic example of poorly-placed pillars in the MTA’s many high-traffic pedestrian corridors.

Otherwise, the layout is fantastic. There are four sets of four escalators that align with surface streets since by chance the length of LIRR train cars nearly match the length of NYC city blocks. The northermost and southernmost escalator “nodes” are offset at a very small angle, maybe 5 degrees, so not exactly parallel.

The top of the nodes also align with the old existing cross-passages beneath Grand Central. This means that the small number of passengers who will transfer from Metro North to LIRR trains won’t have to go up into the main Grand Central concourse.

I was told that the facility was designed with the idea that passengers will come down from the street from one of four sidewalk entrances and pretty much continue in a straight line across the perpendicular concourse to the long elevators down to the train platforms. The hope is that they won’t, typically, travel along the concourse much at all.

The caveat is that there are some LIRR short platforms so there might be some sideways movement down at the platform level as some people shuffle for the part of the train that will access those stations.

Here is a list of factoids I picked up…if anyone has more questions I’ll try to answer to them.

-the LIRR has never bought duel-level cars because they can’t fit through the 63rd St. Tunnel, despite the fact that is hasn’t been used in the 50 years since it was built.
-the station is almost completely ready, with mosaics based on animals of Long Island at the track level, and temporary signage in place. When they do final approval, the stone will be carved to match Grand Central. The track and real-time arrival boards are in place and working - the pranksters in the IT dept put Metro North stations on the demo as a joke.
-There are four tail tracks. Each pair of tracks around each island platform converge into a single tail track that extends approx 1200 feet beyond the station box. I did not get to see the tail tracks.
-Because the LIRR must follow modern FRA regulations in this new facility, they will only be able to stage trains in the trackage between the station box and Sunnyside Yard one-per ventilation block. This contrasts to the existing Penn tubes under the East River, which do not have modern ventilation, and the LIRR has made the habit of stopping them almost immediately behind one-another when there is congestion entering Penn Station.
-there was a huge interruption to the construction of the concourse thanks to the construction of the new JP Morgan bank building on Park Ave. JP Morgan paid huge money to tear up completed work in order to build that building’s foundation. They’re also getting direct access to the northernmost “node”.
-there are tentative plans to give some older buildings direct entrances to the concourse
-the concourse was built according to 15 year-old plans, and a lot of space was reserved for pay phones. The pay phone notches will instead become automated ticket machines.
-they have built a transit police station, complete with a holding cell.
-the whole thing will be operated by an independent contracted operator, not the LIRR or MTA…

The top of the nodes also align with the old existing cross-passages beneath Grand Central. This means that the small number of passengers who will transfer from Metro North to LIRR trains won’t have to go up into the main Grand Central concourse.

I wonder if that means that there will be a connection between the LIRR concourse and the 47th Street and/or 45th Street passageways for Metro North. Folks heading from Metro North to JFK Airport (likely traveling with luggage) will likely appreciate less walking at Grand Central (though if I recall correctly those northern cross-passages don’t have escalators or elevators to Metro North platforms). There will also be Metro North passengers heading to Citi Field, US Open tennis, NY Islanders games and maybe even The Hamptons.

-the LIRR has never bought duel-level cars because they can’t fit through the 63rd St. Tunnel, despite the fact that is hasn’t been used in the 50 years since it was built.

Quote:
Originally Posted by mrnyc View Post
"You know what else is crazy? that you did not tell us how you scored this east side access tour – whats the deets on that? "

We were told that they are already testing trains but we didn’t see anything happening on the tracks. They are planning to get some new electric work locomotives but don’t have them yet. The ventilation system is so powerful that they’ll be able to use diesel work locomotives if they need to.

I forgot to mention that there are four circular vent intakes in each station box, aligned with the cross-paths which are aligned with the escalators down from the same concourse. It’s all built to be able to keep people safe in the event of a major fire, but it’s pretty clever how they were able to use them as an architectural feature.

I also forgot to mention that he doesn’t believe that they’ll use all four elevator banks when they open. He thinks that they won’t turn on the one nearest to the new JP Morgan tower until that tower is occupied. That tower is going to have 12,000+ workers. 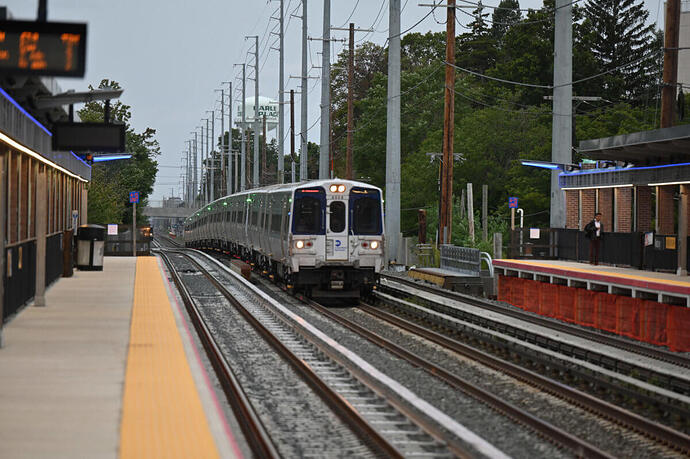 The MTA finished its $2.5 billion Third Track project to add another set of rails along nearly 10 miles of the LIRR.

Dear Neighbor, Over the summer, we told you about the MTA's proposed elimination of express train service to Penn Station on the Port Washington Branch of the Long Island Railroad. We asked you to get involved by filling out our survey and making... 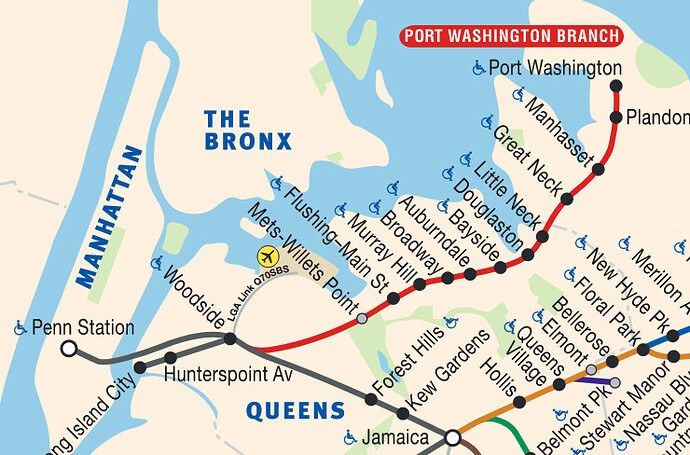 PORT WASHINGTON, N.Y. — Responding to an outcry over proposed changes, the Long Island Rail Road has restored six express trains serving Penn Station to a new schedule planned for its Port Washington Branch. Those changes will come as part of... 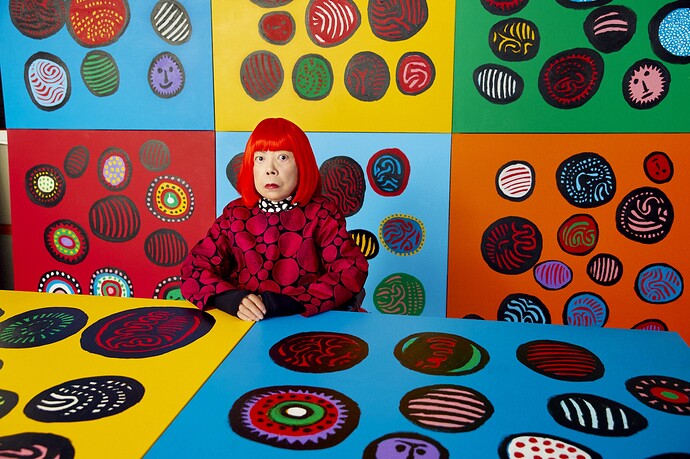 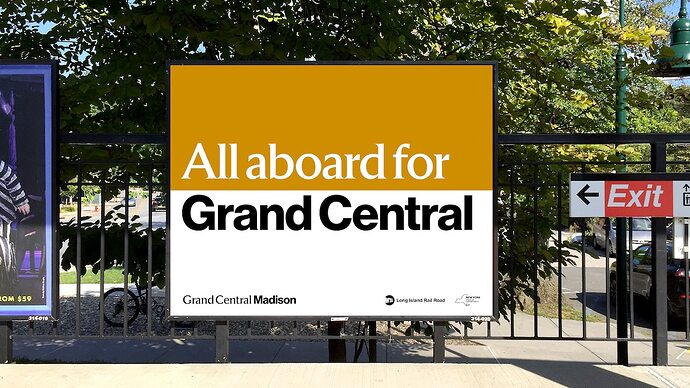 There’s a great documentary about Kusama.

A delay until next year? 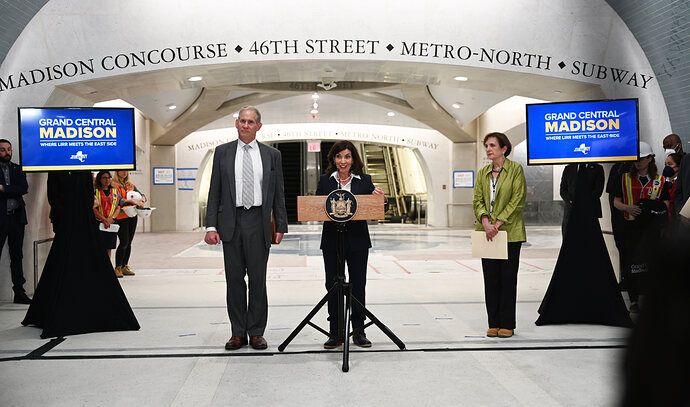 The project has already faced more than two decades of delays. If the feds deny a last-minute request for a waiver, its completion could be pushed back more than two months to March 2023.

Only a few months more. 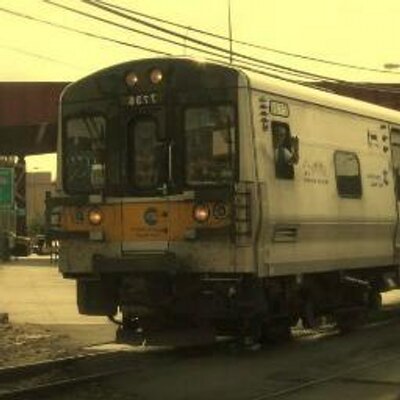 @TheLIRRToday
MTA held a "wayfinding exercise" for East Side Access today, new.mta.info/press-release/… I've been through ESA several times over the last decade, and now that it's mostly done, the LIRR public portions of the station aren't as complicated/big as I originally thought. https://t.co/qw03hDei9a 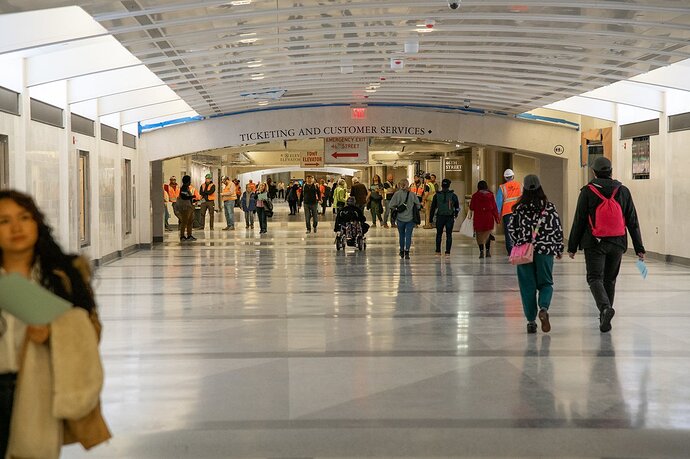 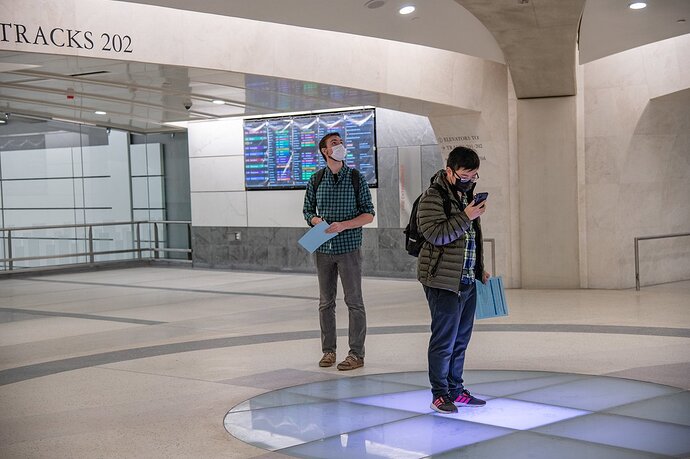 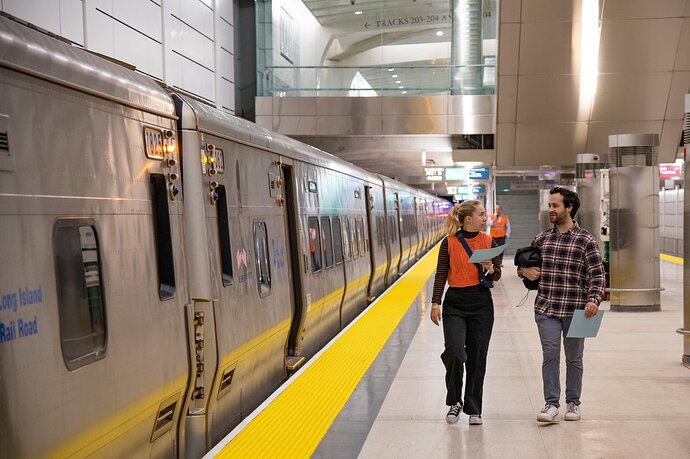 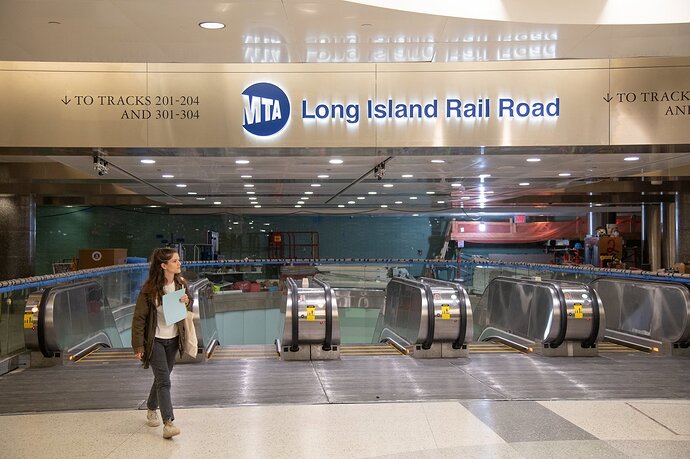