Meanwhile, Gary Barnett’s Extell Development has taken over a project that was being assembled by Boston Properties and the Related Companies at 750 Eighth Ave. that was to include an office building over a 406-space garage. In this case, the Boston/Related team had already agreed to purchase TDRs from the Shubert Organization’s Broadhurst Theatre, and was also buying the small building at the northeast corner of 45th Street housing the Frankie & Johnnie’s Steakhouse, which the Shuberts also own. Additionally, the developers had planned to purchase 120,319 square feet of TDRs from the Jacobs, Booth and Broadhurst theaters.

In order to complete the project, Barnett is likely now renegotiating the purchase of these TDRs and the finished development could also be changed from an office tower to become a hotel or residential condos.

The Plot Thickens: Will A ‘New’ Shubert Theater Tower Over Broadway?

The site we’re talking about, which currently hosts a crafts market and a parking lot, originally was put together by real estate giant Related Companies, owned by Stephen Ross. But Barnett held the rights to a key chunk of the land where Related is building the Hudson Yards mixed-use development site that’s roughly the size of Rhode Island. So Related and Extell negotiated a land swap. Now Barnett reputedly is planning another super-skyscraper along the lines of One57, the billionaires-only tower that casts a sunrise shadow from 57th and 7th to the Delaware Water Gap.

I can pretty much guarantee there will be no free-standing new theater on that site. So, will Barnett’s 740 Eighth Avenue project include a Broadway theater? He didn’t respond to several requests for confirmation. When I asked Shubert Chairman Philip J. Smith, he laughed and said, “No comment.” But there are a number of obstacles besides common sense that make a new theater seem unlikely. The site has one piece that, so far, neither Barnett nor the Shuberts has gotten hold of: the ancient, family-owned bistro Pergola Des Artistes, whose proprietors have shown no inclination to sell. A new Broadway theater would be saddled with the same insane operating costs as the rest of the Street.

New supertall tower like One57!! That’s music to my ears.

I admit, considering the location I would not have been expecting super luxurious but good to hear what is planned.

A supertall there would be incredible and would definitely help to book-end that area; bringing it up to height standards of the other future supertall areas!

I think that there is a high probability that it will occur. The market for uber-luxury is hot. The thing with a lot of these supertall residentials such as One57 for example, is that they sit empty half the time. They are seen as investments, and another supertall with prices in that range would be seen as a long term investment meaning that units are bought, and held as a source of property investment. Either way, the city gains another supertall, and the developers are happy due to sales.

This differs from the market dominated units that we see going up in LIC or DoBro for example where working class residents purchase them and live there. They could still be seen as investments, especially once property values rise (LIC is a good example), but the trend is geared towards living in them.

I wouldn’t have expected super-lux either, but maybe Extell sees a return being a block away from Broadway/Times Square shopping with strait views of the Hudson and Palisades. I imagine the building will have a substantial commercial component, also.

This is great news. I hope a tower similar to One57 will liven up this area.

Developer to the 1% Gary Barnett is one step closer to bringing another monolithic tower to Midtown.

His company, Extell Development, has closed on the purchase of a 52,000-square-foot parking facility at 251 W. 45th St. for $45.78 million, according to public records. The garage can be razed and combined with an adjacent empty lot already owned by Extell to make way for a skyline altering building.

Experts said the Times Square tower could be Barnett’s tallest yet and would most likely be a hotel, despite Barnett’s tendency towards building luxurious condos.

“This is not really the right place for apartments,” said broker and analyst Robert Shapiro of Center City Real Estate. “With these large floor plates, he’d be better off with a hotel or offices.”

…Since then, Barnett has been hungrily buying up air rights from theaters in the neighborhood in order to make his tower even taller.

The garage is now closed, but the adjacent lot is still occupied by the flea market, and the stores along 8th are still open. 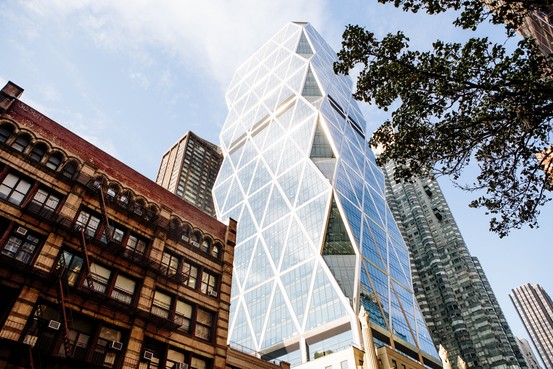 On a stretch of Manhattan’s Eighth Avenue, high-end office towers loom over low-rise retail shops. In less than a decade, the tract roughly from West 40th Street to Columbus Circle has added more than 3 million square feet of commercial space.

I really need to sign up for the WSJ.

Given Extell’s recent history, I am super excited about this.

I am hoping it’s not office, though. I want something tall.

Who says an office building can’t be tall?

Either way, I think this tower will definitely be mixed-use with retail and a hotel but I definitely think it’ll be primarily an office tower given its proximity to Times Square. Maybe a couple of condos towards the top but I don’t see this tower being in the exact same vein as One57 and Central Park Tower.

Office towers usually are thicker, and therefore, not as tall.

I don’t think this will have office space. First, there will be several million square feet of new office space between 1, 2, and 3 WTC, the new tower on Madison, Manhattan West, and 1 Vanderbilt.

Secondly, companies don’t really want to be in the Times Sq area.

I think this will be a hotel with rentals and condos and a lot of retail. 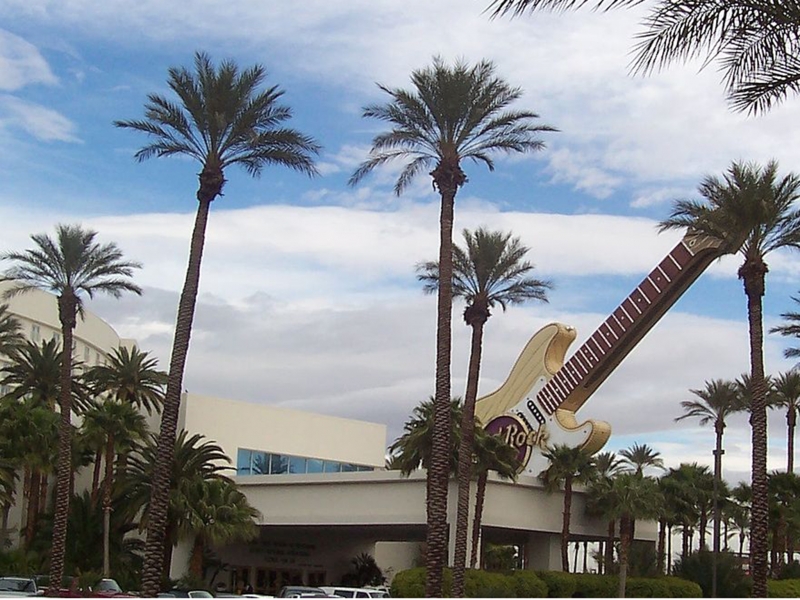 Gary Barnett-owned Manhattan site may be home to the Northeast's inaugural...

Could a site owned by Gary Barnett’s Extell Development Co. be the home of New York’s first Hard Rock Hotel?

Barnett has assembled several parcels on the west side of Eighth Avenue between West 45th and 46th streets, including a garage he purchased last summer for nearly $46 million, to create a development site that can accommodate a soaring tower.

Hard Rock plans to announce Monday the location of what the firm says will be its first hotel in the Northeast U.S., in a partnership with Barnett. Hard Rock, owned by the American Indian Seminole Tribe in Florida, operates a successful restaurant in Times Square.

Neither Barnett nor a spokesperson for Hard Rock would comment on the location, which the company plans to unveil Monday.

Barnett owns other properties in the area, including a development site at 1710 Broadway at the north end of Times Square that can accommodate a super-tall skyscraper and is also a potential location for the Hard Rock. Sources said Hard Rock had been looking to secure a location in Times Square for several years and had previously considered a development site on the north side of West 42nd Street, between Eighth and Ninth avenues, that is currently a parking lot.

Barnett has been one of the city’s most prolific builders. In the early 2000s, he built a tower for the W Hotel in Times Square on West 47th Street. He is currently erecting the city’s tallest tower by roof height on Billionaire’s Row on West 57th Street, a 1,550-foot spire that will have a seven-story Nordstrom department store at its base.

Hard Rock is trying to secure approval to build a proposed $1 billion casino in the Meadowlands—a plan that has been met with opposition from some New Jersey officials who say it would create competition to the flagging casinos in Atlantic City.

“It’s the ultimate entertainment brand in that it connects lodging with music and the product keeps reinventing itself as music evolves,” said Mark Gordon, a hotel developer. “It will be successful in New York City, and Times Square is the best location for a brand like Hard Rock.”

hmm this site seems more likely than the other one for the Hard Rock Hotel.

They should build a supertall. Have a massive hotel in the low-rise / midrise section. Have Hardrock have some corporate office in the highrise section then have the highest Hard Rock café at the top. Can you imagine the business they would get?

You get a good burger, live music, and a super tall view all in one dinner. It would be a bargain really. They could over charge a lot it would still be the same cost as paying for an observation deck, and in this case you get to sit up there and drink beer and eat burgers.

I think they could work out a deal for this if they are anchoring the building.

Hard Rock Tower. Fits the location too. Make it happen.

I would make the restaurant 4 or 5 floors, and have an atrium in the middle so all the eating areas would have a good window view, on a elevating platform in the atrium I would have the live performance platform, you would lower the platform when no performance is going on. Kitchen area would be below the restaurant. You would build express elevators for the restaurant. You would probably have to make people pay some sort of deposit to eat there though to prevent people from going up for the view and not eating. Or find a better way.

I’m so excited for Monday! Hopefully, we get to see the tower’s design- or at least a placeholder.

I can’t wait for tomorrow, lads!

I hope so too! We need to make our super tall quota for the week.

This could be me tomorrow if it’s really good news. And it has to be good to interupt me from… umm… work… yea… work… of course…because what I’m doing in this pic is contributing to the quarterly profits.

I hope for his sake that she’s going commando!!!

P.S.: If Hard Rock goes here, I could see it being no taller than 850’ and perhaps shorter, as I expect a huge base with lots of retail.

Moreover, that lame Spanish hotel that was just built across the street from this site has a lot of square feet, yet it’s a short, fat box.