Demolition is well under way at Forest City Ratner’s 10 Metrotech Center, where the Dekalb side of the building has been reduced to rubble. The 359,000-square-foot building will be replaced by apartments, but no new building permits have been filed. Forest City Ratner has owned 1960s-era property at 625 Fulton Street, a former candy factory, since 1989. Check out more photos after the jump. 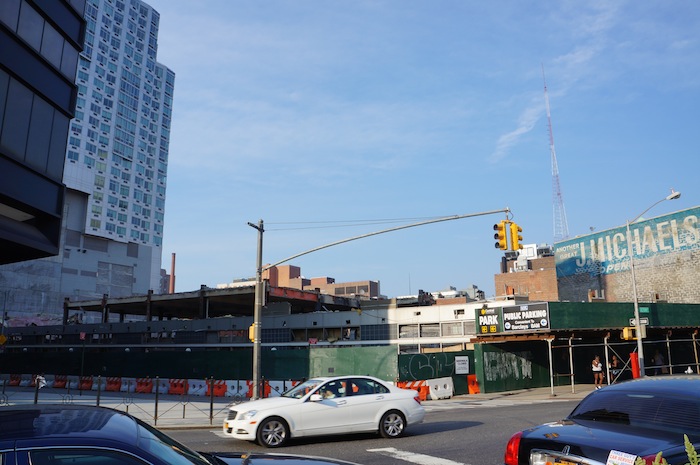 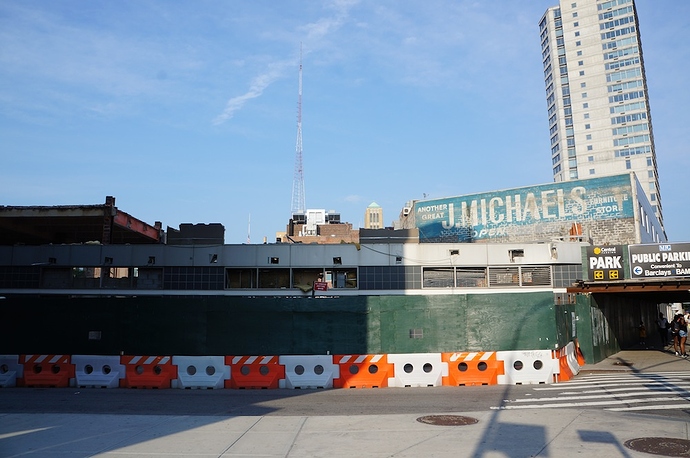 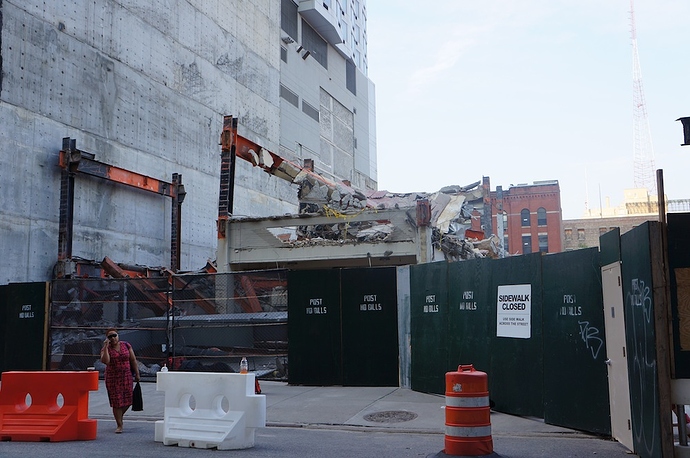 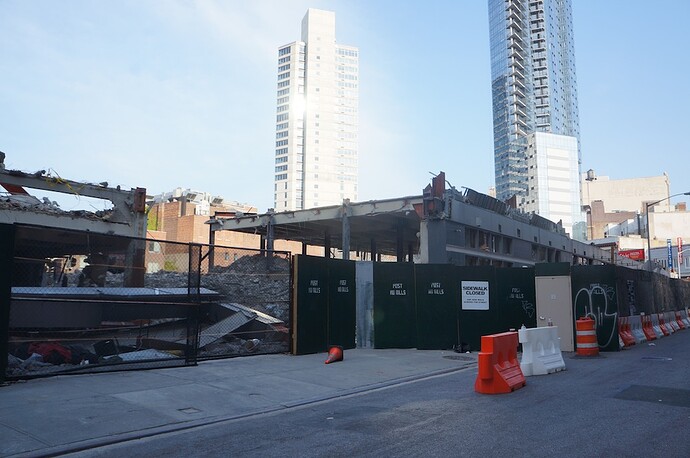 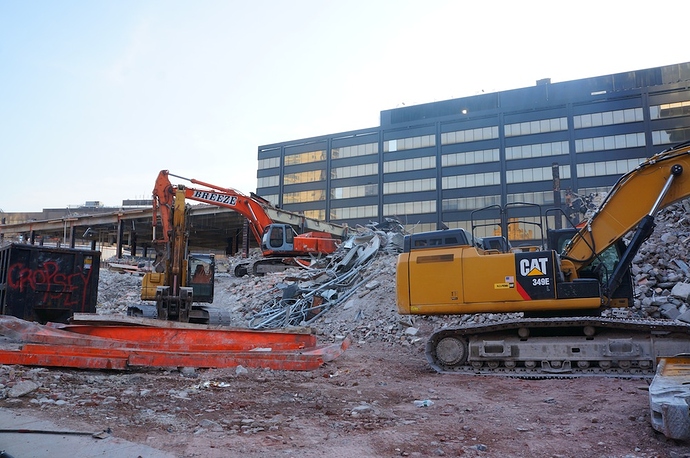 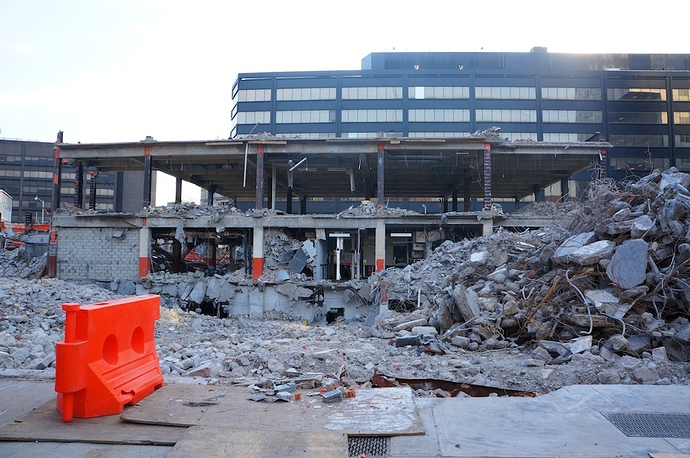 This will be a fairly large building: 624,720 square feet could be built if they wanted too.

Forest City Ratner has finished demolishing the hulking candy factory turned office space at 10 MetroTech Center on Fulton Street in Fort Greene. The developer plans apartments on the large site between Hudson Avenue, Rockwell Place and Dekalb, but no new building permits have been filed yet.

Demolition began last year for the seven-story building, which was built in 1963. At various points in its history, the IRS, Human Resources Administration and the DMV all had office space there. The property at 625 Fulton Street is 62,472 square feet, and a building as large as 624,720 square feet can be built on the lot, according to PropertyShark. Thanks JC. It’s kinda ugly though.

I forgot about this project for awhile. One google search later…

huh. seems this bit of news was missed last year. I wonder how tall this will end up if they go residential?

Rabsky Group is expanding its plans for a DoBro skyscraper as big as 770,000 sq ft with the recent $68M purchase of a neighboring property at 633 Fulton St.

Rabsky Group is expanding its plans for a Downtown Brooklyn skyscraper as big as 770,000 square feet with the recent $68 million purchase of a neighboring property at 633 Fulton Street, sources told The Real Deal.
[…]
The purchase allows Rabsky to build a larger ground-up tower, which is expected to contain 150,000 square feet of retail and significant frontage along Fulton Street.
[…]
Prior to this acquisition, Rabsky was planning a 36-story, roughly 618,000-square-foot office tower on the site at 625 Fulton Street. But the firm is now considering either residential or office as the tower’s primary use, said Tucker Reed, whose new real estate consultancy Totem is a partner on the project. The combined parcels offer 770,000 square feet as-of-right.

Downtown Brooklyn could be getting another megaproject.

I hope it gets built, but this sounds like double the size of what was mentioned for this site before.

That would be as if you put 1 Manhattan West on this site except the top 2/3 of the building being a narrower apartment tower.

I don’t want to hope too much 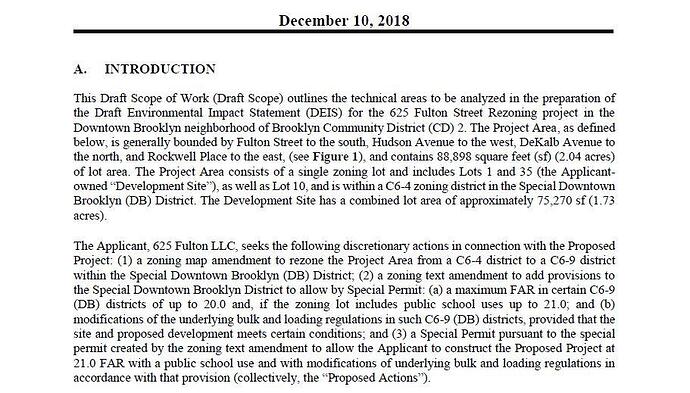 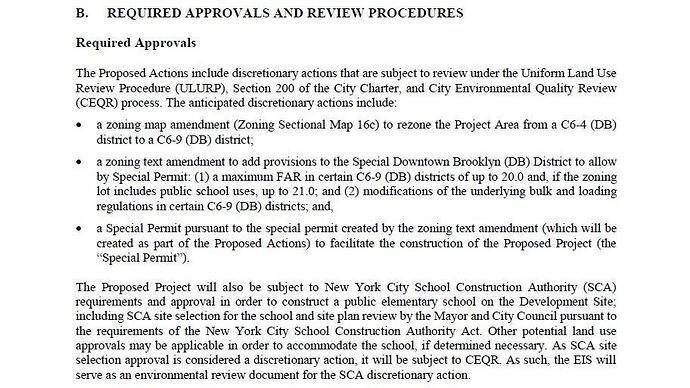 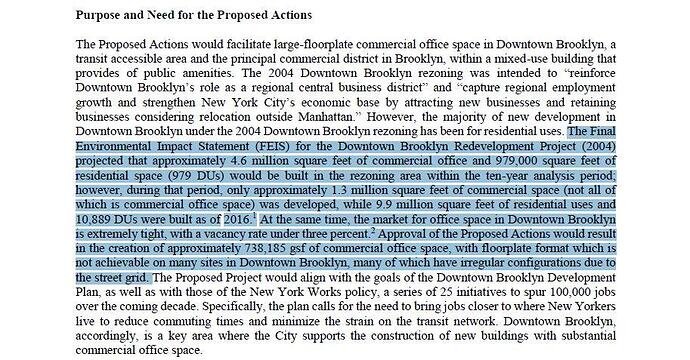 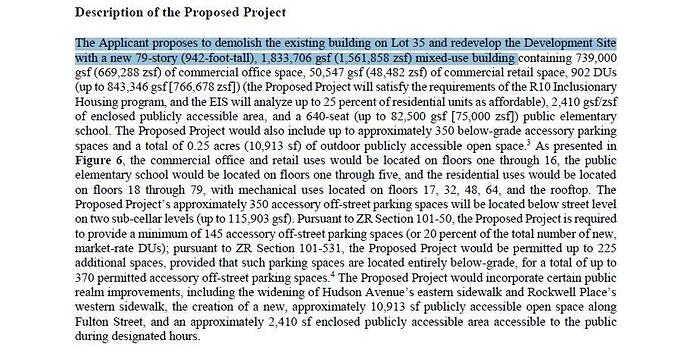 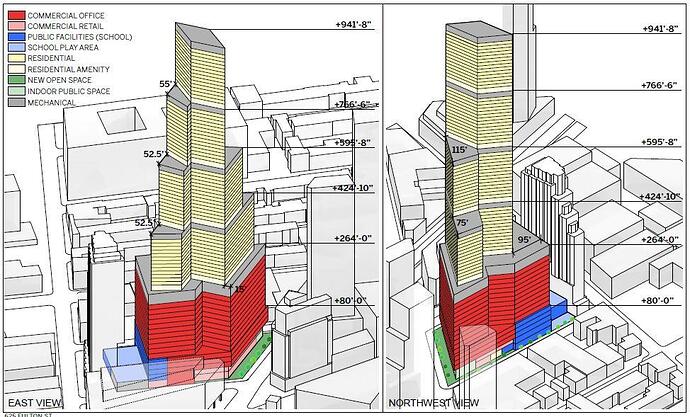 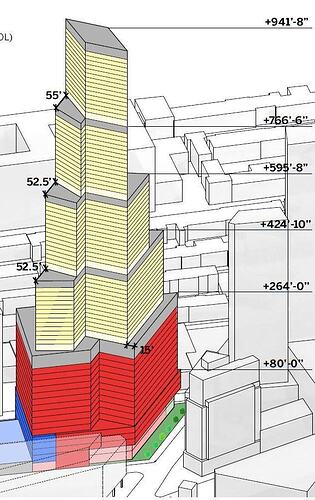 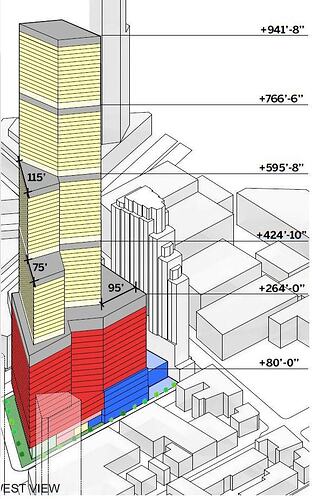 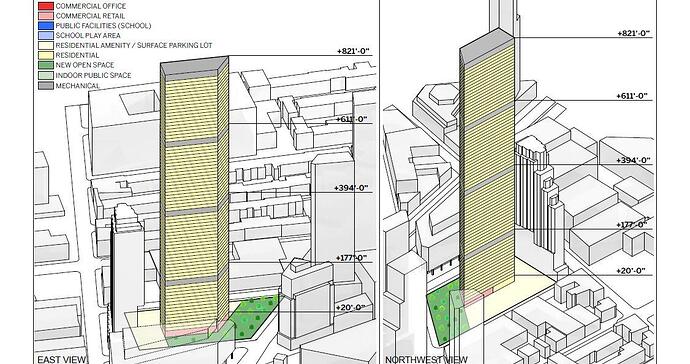 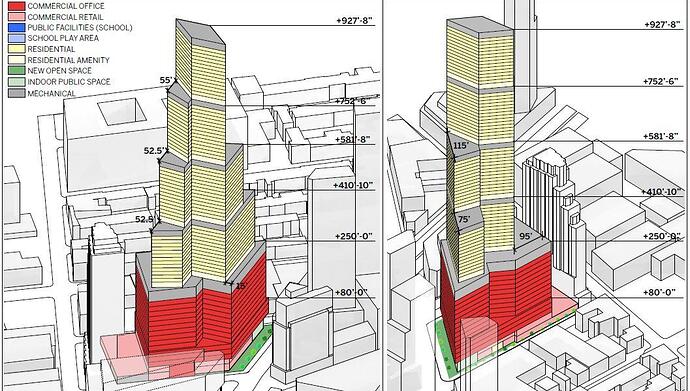 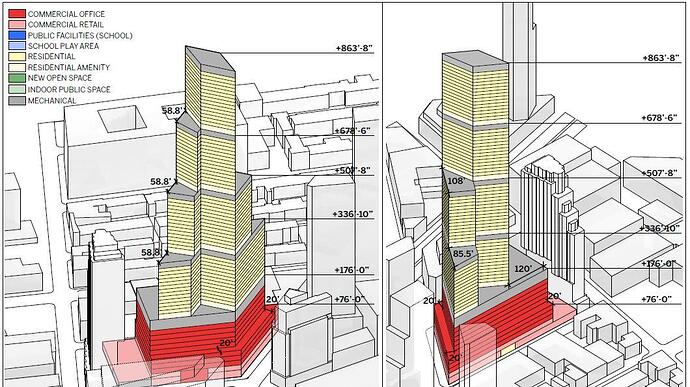 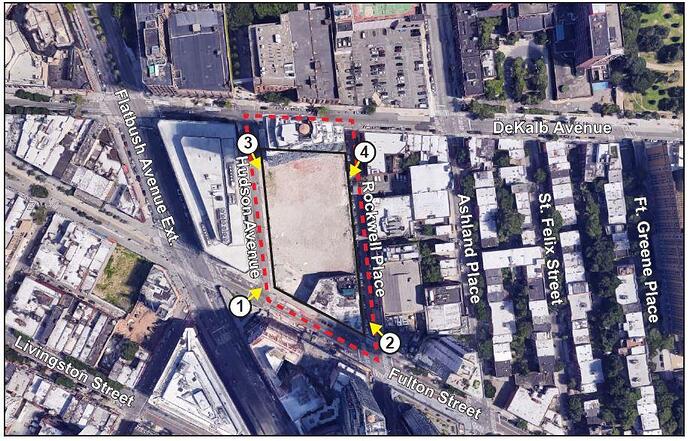 there’s also the mysterious redevelopment of the Fulton Mall by the coincidentally similarly named Redsky Capital to look forward to.

That should be quite big. They spent a lot of capital putting that assemblage together.

Lots in store for DoBro, as the Manhattanization occurs.

I really hope they build the largest with-action proposal, but there will be push back.

Nearly 2 million sf would make it the largest mixed use building in the city after Time Warner Center (Deutsche Bank) and second tallest after 35 Hudson Yards. This building would have slightly more floor area than 1 Vandy.

Haha. I know a building nearby that wanted to put solar panels on their roof. Not happening my friends.

Rabsky Group has gotten an extension on $100 million in past-due loans for a Downtown Brooklyn development site it hopes to build a 942-foot-tall tower.

The developer signed a deal to extend two loans — for 625 and 635 Fulton Street, which it owns with Joel Gluck’s Spencer Equity — until July, Commercial Observer reported. Documents for the deal were filed on the Tel Aviv Stock Exchange.

Bank Leumi originated the loan in 2016, which was extended to mid-July with the option to further extend until January 2020. The mezzanine loan, with has an 11 percent interest rate, was also extended until mid-July. The second senior loan hasn’t yet been extended.