New York City Economic Development Corporation (NYCEDC) and Covenant House (CH) are seeking a developer/s to redevelop the majority of a Manhattan block with approximately 780,000 ZSF located in Hell’s Kitchen. Through this initiative, the Developer will construct a mixed-use development that addresses the City’s goal of creating economically diverse neighborhoods, supports CH’s operations through construction of a new, state-of-the art facility, and introduces a pedestrian friendly streetscape that reconnects the block to the surrounding urban fabric.

NYCEDC and CH plan to select a developer on the basis of factors stated in the RFP which include, but are not limited to: completeness and quality of overall response, program and design, financial and schedule feasibility, hiring and workforce programs, respondent qualifications and experience, and economic impact.

It is the policy of NYCEDC to comply with all federal, state and City laws and regulations which prohibit unlawful discrimination because of race, creed, color, national origin, sex, age, disability, marital status and other protected category and to take affirmative action in working with contracting parties to ensure certified Minority and Women-owned Business Enterprises (MWBEs) share in the economic opportunities generated by NYCEDC’s projects and initiatives. Please refer to the Equal Employment and Affirmative Compliance for Non-Construction Contracts Addendum in the RFP

Very nice. While existing surrounds are terrible and the access ramps to the PA & the Tunnel make for a miserable pedestrian experience, the amount of new dev coming in the near future will hopefully propel some kind of action to remedy this issue.

Covenant House filed plans for a 12-story building at 460 West 41st Street on Tuesday with the Department of Buildings.

Covenant House filed plans for a 12-story building at 460 West 41st Street on Tuesday with the Department of Buildings. The project would span about 53,000 square feet and replace a smaller eight-story youth homeless shelter.

The nonprofit has owned the property since 1984, according to property records. Earlier this year, it went under contract to sell part of the site to the Gotham Organization for $78 million, a sale that should close before the end of 2021. Gotham is planning a mixed-use, mixed-income property for the site but agreed to first build Covenant a new facility.

Covenant House selected Gotham as its developer in 2018 to help the organization reimagine its facilities and develop a new footprint that combines a youth shelter, federally qualified health center, legal aid, educational services, counselling and job training services under one roof.

Gotham has commenced site preparations, including partial demolition of the existing facility to make way for the new 12-story institutional building, the first phase of the development plan.

Phase two of the plan will allow Gotham to purchase the balance of the existing site following Covenant House’s relocation into its new facility and to subsequently develop an approximately 42-story mixed-use, mixed-income residential high rise comprised of market rate and inclusionary housing. 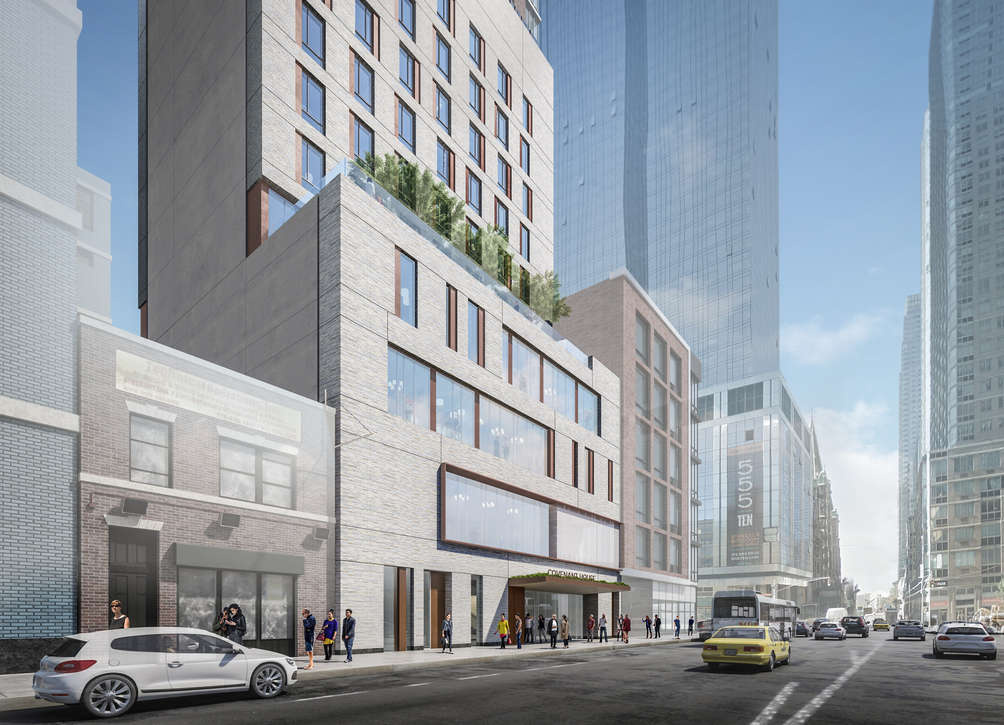 211 Elizabeth Street & 27 East 79th Street : It can be all too easy to forget what day of the week it is after over two months on lockdown, but New York State is still keeping track and getting 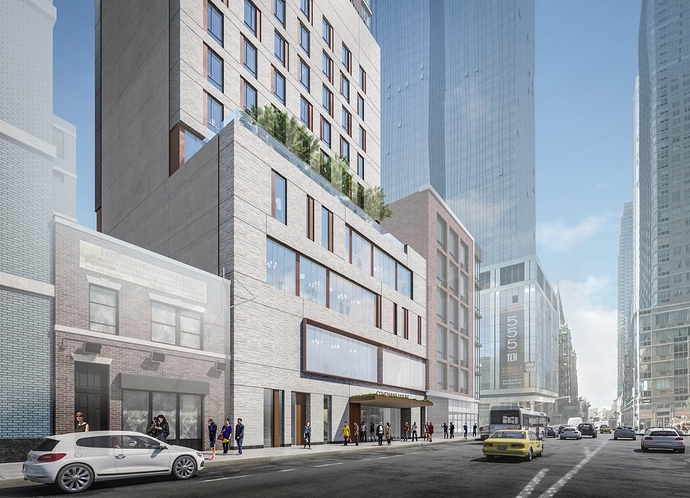 Construction is almost topped out on Covenant House, a supportive housing project designed by FXCollaborative at 460 West 41st Street in Midtown West. 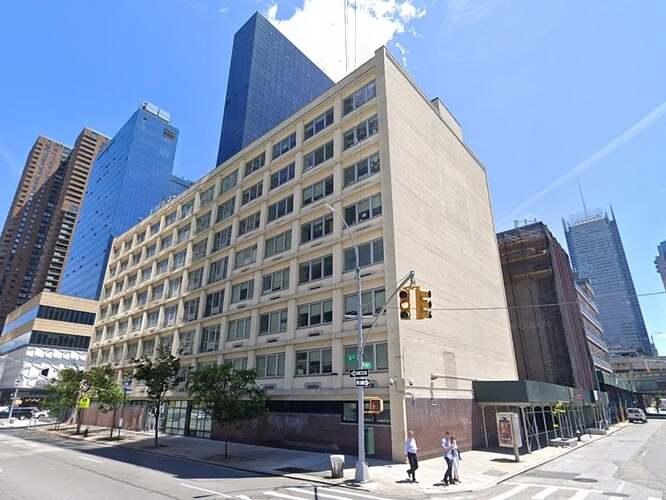 A developer filed permits Friday to build a new 47-story tower at the site of the Covenant House shelter on 10th Avenue.

Always wondered how long it would last. The Fed Ex corner at 42nd and 10th is the other.

I wish they would bring in some different talent for Hudson Yards, jeesh. It seems like every other project is either Handel or FX Collaborative.

the newly proposed tower now has its own thread:

Gotham Organization filed plans to build a 436,000-square-foot, mixed use building in Hell’s Kitchen, according to records filed with the Department of Buildings. The plans call for a 47-story building at 538 Tenth Avenue with 453 units, as well as 25,000 square feet of community facility space and ground-floor retail of up to 10,000 square feet. https://therealdeal.com/2021/01/25/gotham-plans-massive-mixed-use-building-on-far-west-side/ 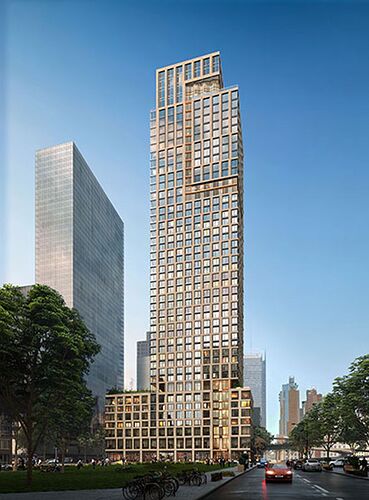 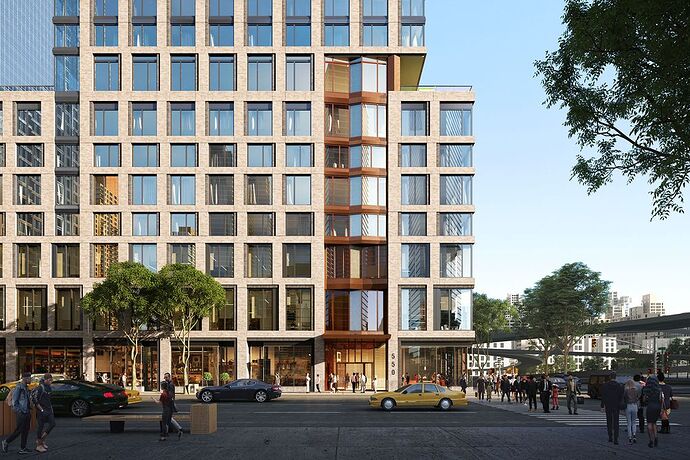 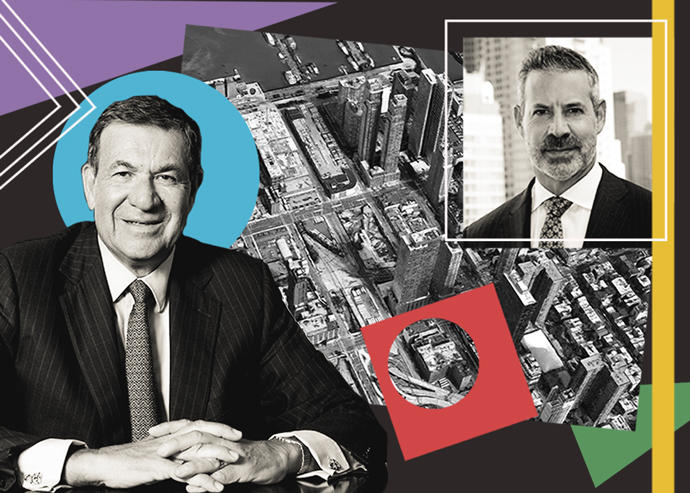 Is this the same project?

the rendering on Gotham’s website is notably more red. I would like to see a red skyscraper on the west side.

The luxury rental tower at 550 10th Avenue will consist of up to 453 mixed-income residential homes. The 47-story, mixed-use tower with inclusionary housing will include over 20,000 sf of indoor and outdoor amenity space, as well as...

Could this proposed development bring a brand new subway station (on 7 line) to 41st St?

“In January 2021, developer Gotham Organization filed permits for a 47-story skyscraper to be built at 41st Street and 10th Avenue, near where the station’s entrance would have been. The 2016 RFP for the station had been conducted for that skyscraper’s construction. That June, New York City Council candidate Erik Bottcher proposed completing the station as part of his candidacy.”

Demotion has begun for 550 Tenth Avenue, a 47-story, 453-unit project from Handel Architects and Gotham Organization in Hell's Kitchen.

New renderings have been revealed for 455 Tenth Avenue, a residential tower from Handel, Gotham, and Goldman Sachs Asset Management JV in Hell's Kitchen.

Hells Kitchen is getting bigger, but I imagine the real boom will be when the PABT development gets going or is done. Those supertalls and the transit building are gonna be a massive boost for the area