The Metropolitan Transportation Authority has delayed a vote on a plan to redevelop its headquarters on Madison Avenue. A top city official is questioning whether Boston Properties, the developer of the project, should be allowed to avoid paying hundreds of millions in city taxes, according to The Wall Street Journal.

Under the deal, Boston Properties, which plans to erect a new skyscraper in place of the existing building in midtown Manhattan, would pay a so-called payment in lieu of taxes (also known as PILOTS) to the MTA, which will still own the building and lease it to the developer. The MTA is exempt from paying city property taxes.

City Transportation Commissioner Polly Trottenberg said the PILOTS plan needs to clarified before it can be voted on.

A deal to redevelop the Metropolitan Transportation Authority’s former headquarters was put on hold after a top New York City official questioned whether a private developer should be able to avoid paying potentially hundreds of millions in city...

New York City and other local governments across the region are up in arms over a provision tucked into the state budget that appears to exempt the Metropolitan Transportation Authority from local laws and zoning rules for any property it redevelops.

In its memo, the city cited concern over the planned demolition and redevelopment of the former MTA headquarters at 347 Madison Ave. near Grand Central Terminal.

Rather than sell the property, the MTA has decided to give a developer, Boston Properties, a 99-year lease.

Under current plans, the developer would be required to submit plans to the city planning commission and City Council to qualify for a zoning bonus that would allow it build higher than otherwise permitted near Grand Central Terminal.

The MTA says no changes to these procedures are planned. But city officials worry the new law could weaken its position in future negotiations with the authority. In the past both sides have worked together on projects, city officials said

“It has always been based on mutual cooperation,” Mr. Weisbrod said. “It has never been the case that the MTA has the right to unilaterally do what it wants.”

The city and the MTA are in negotiations over how to share revenue from payments in lieu of taxes from the new Madison Avenue building.

Since the Yale Club was declared a landmark (or is about to be), this is a small footprint; thus, the tower should be tall.

Lois may have been drinking last night. I believe that BP – not Brookfield – is developing. (Thus, expect something crappy.)

On the plus side, with so much new, empty space coming to NY, BP likely won’t build the inevitable lame glass box for quite some time. 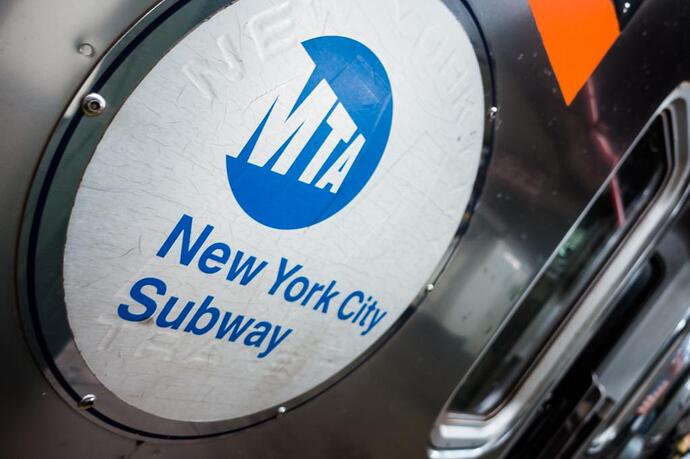 The Metropolitan Transportation Authority is expanding to 152,000 square feet at the Center Building at 33-00 Northern Blvd. in Long Island City. Along with adding 17,000 square feet on part of the…

Based on information available and industry chatter, we broke down which addresses might see a new building thanks to the Midtown East rezoning.

This property would technically fall under the Vanderbilt Corridor rezoning, which was the precursor to the Midtown East rezoning. The MTA has been trying to find someone to redevelop the site for several years. Boston Properties came close to signing a 99-year lease in 2016, in which the real estate investment trust agreed to build an office tower that would span between 601,224 and 751,530 square feet.

But the deal was ensnared by a city and state dispute. City officials weren’t happy that the real estate investment trust would get to skip out on hundreds of millions of dollars in property taxes since the company would instead provide payments in lieu of taxes (PILOTS) to the MTA. The PILOT payments were estimated to be worth $1 billion over the course of the 99-year-lease. The Wall Street Journal reported in February 2016 that the deal was put on hold. According to the MTA, the project is still in play.

“Boston Properties is preparing plans and environmental documents required to be completed prior to starting a public land use review process,” an MTA spokesperson said in a statement. Representatives for Boston Properties didn’t return a message seeking comment.

maybe i’m being greedy, but it’s been a solid while since news of a new supertall has been broken in NYC. Hopefully this is the next one.

The MTA is spending about $4 million a year to maintain its empty former headquarters in Midtown thanks to a dispute between the city and state. 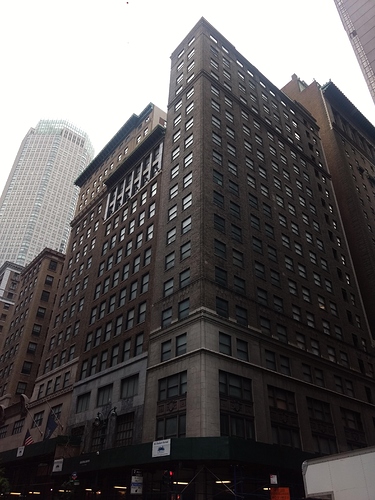 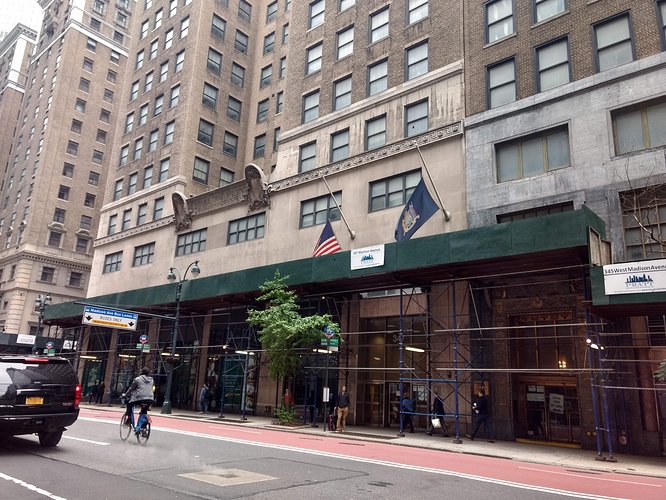 A good sign for possible redevelopment. This is a good location for retail. If they wanted someone here, they could get them. Retail apocalypse or not

with the MTA hemorrhaging money, the city and state have come together with a deal here to help with the funding shortfall. 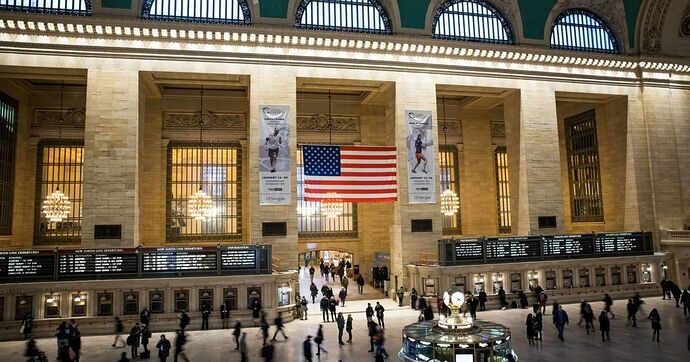 City and state officials have reached an agreement on the redevelopment of the former Metropolitan Transportation Authority headquarters near Grand Central Terminal, ending years of squabbling over the project. The site at 341–347 Madison Ave. is...

City and state officials have reached an agreement on the redevelopment of the former Metropolitan Transportation Authority headquarters near Grand Central Terminal, ending years of squabbling over the project.

The site at 341–347 Madison Ave. is projected to bring in more than $1 billion for the MTA’s capital program, the agency said in a statement.

Boston Properties Inc. has been “conditionally designated” to lease the site and construct an office tower that will include an entrance to a new Long Island Rail Road terminal at Grand Central, the MTA said.

“With the MTA and our government funding partners still assessing the budgetary implications of the coronavirus pandemic, this funding is more important than ever,” MTA Chief Financial Officer Bob Foran said in a statement. “It demonstrates how the MTA is taking every step it can to shore up its funding.”

The MTA, which runs the largest public transportation system in the nation, needs cash. The transit system is losing an estimated $125 million a week in fare revenue and bridge and tunnel toll receipts as ridership plummets during the coronavirus outbreak.

BP is such a boring developer. They would have been better off with SL Green

I wonder how much Sqft they will be working with here. If they have a lot of air rights it could be very tall and skinny 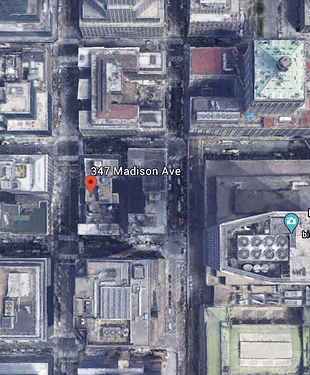 So how tall do you guys think this tower will be? It seems like they have a lot of square footage and a small site, which normally would mean a tall tower. Though they might conceivably cantilever over the adjacent landmarked buildings to get the big floor plates office tenants seem to want these days.

I can’t wait for the next few decades when 335 Madison and the Hotel Roosevelt get redeveloped. Maybe even 383 Madison as well. That would make a row of supertalls stretching from 1 Vanderbilt to 270 Park. Imagine that!

I think it will be at least as tall as 383. Beyond that I’m not making predictions. 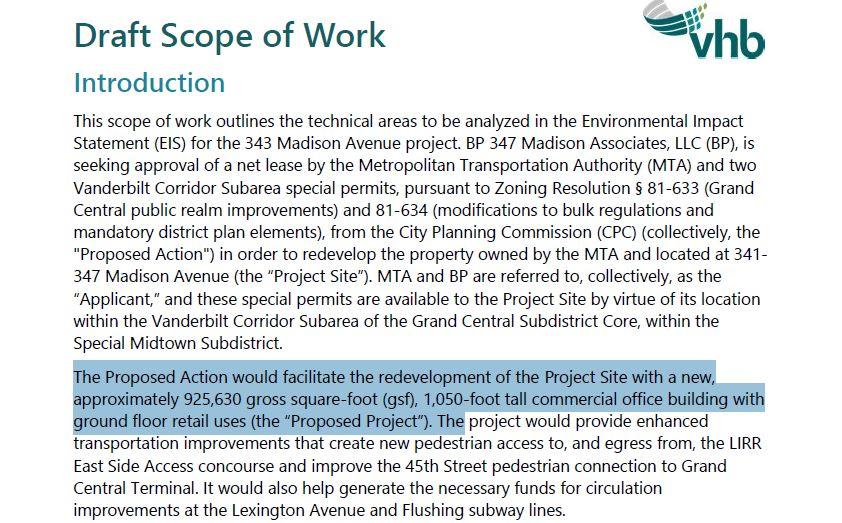 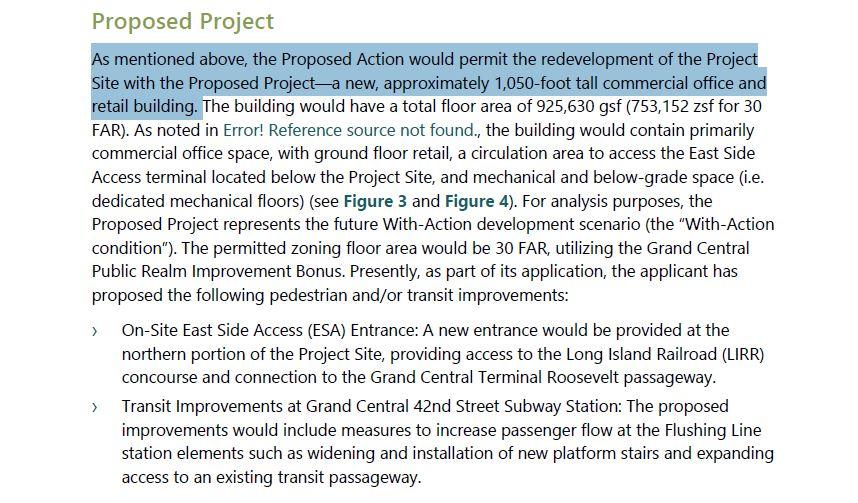 love the confidence on display. AIG reaffirming their global headquarters and now Boston Properties throwing their weight behind another NYC supertall.

and by tmrw I mean today 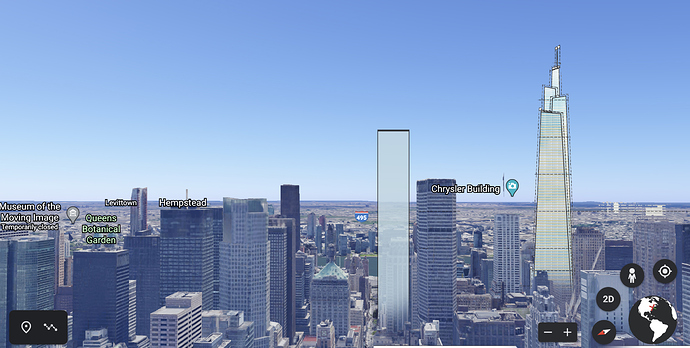 Here is a better one 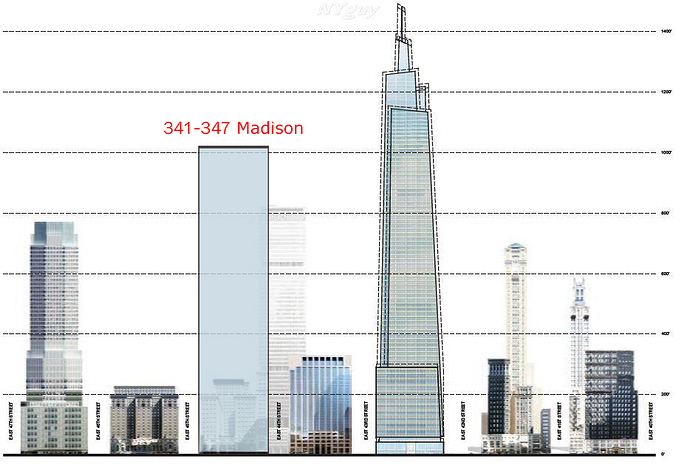