A new glassy skyscraper in Midtown East will look like it’s being pulled apart - See more at: http://therealdeal.com/blog/2015/11/11/a-new-glassy-skyscraper-in-midtown-east-will-look-like-its-being-pulled-apart/#sthash.lVukFuBh.dpuf I prefer this design to the old copper one.

I agree, Lion! This will be a nice little addition. 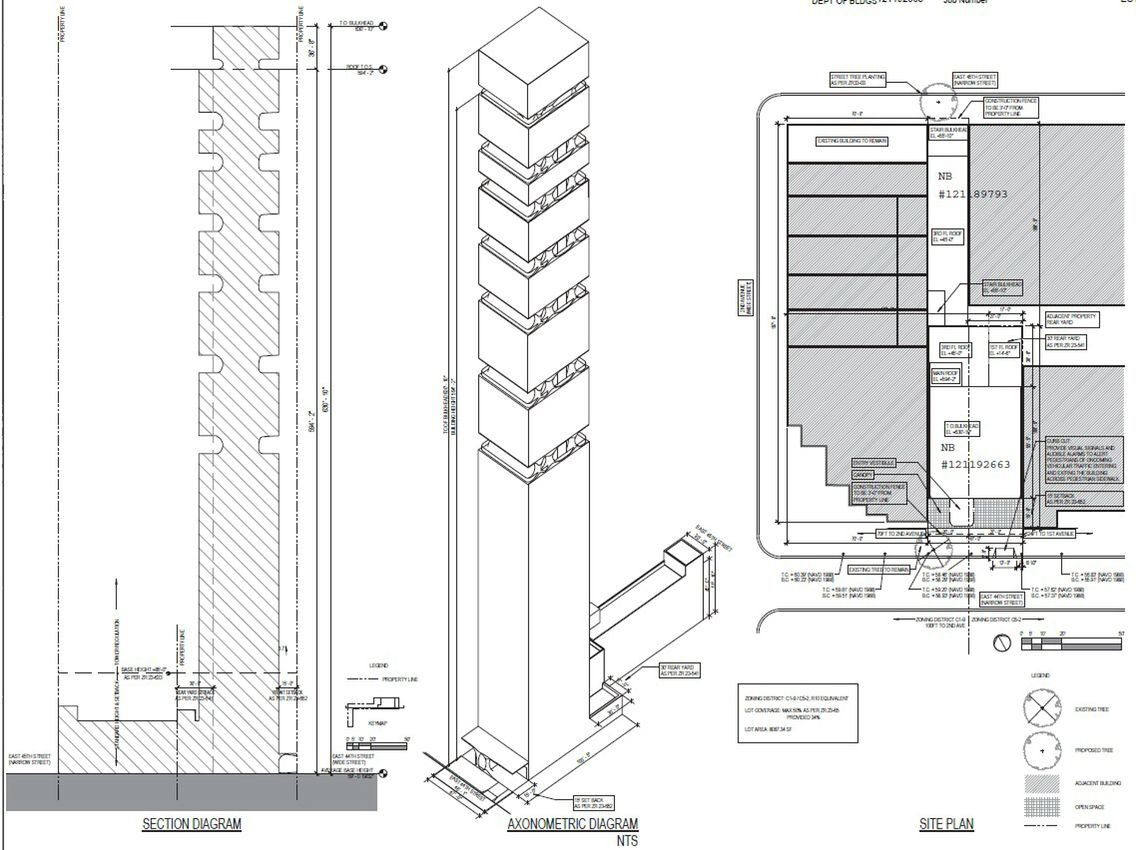 I re sized these. Should be able to distinguish numbers. This looks 631 feet.

A nice little panorama rendering as opposed to one zoomed in.

I really hope they keep this design. Those breaks between the floors are so cool.

Just a couple of more renderings or models of the tower via ODA New York. 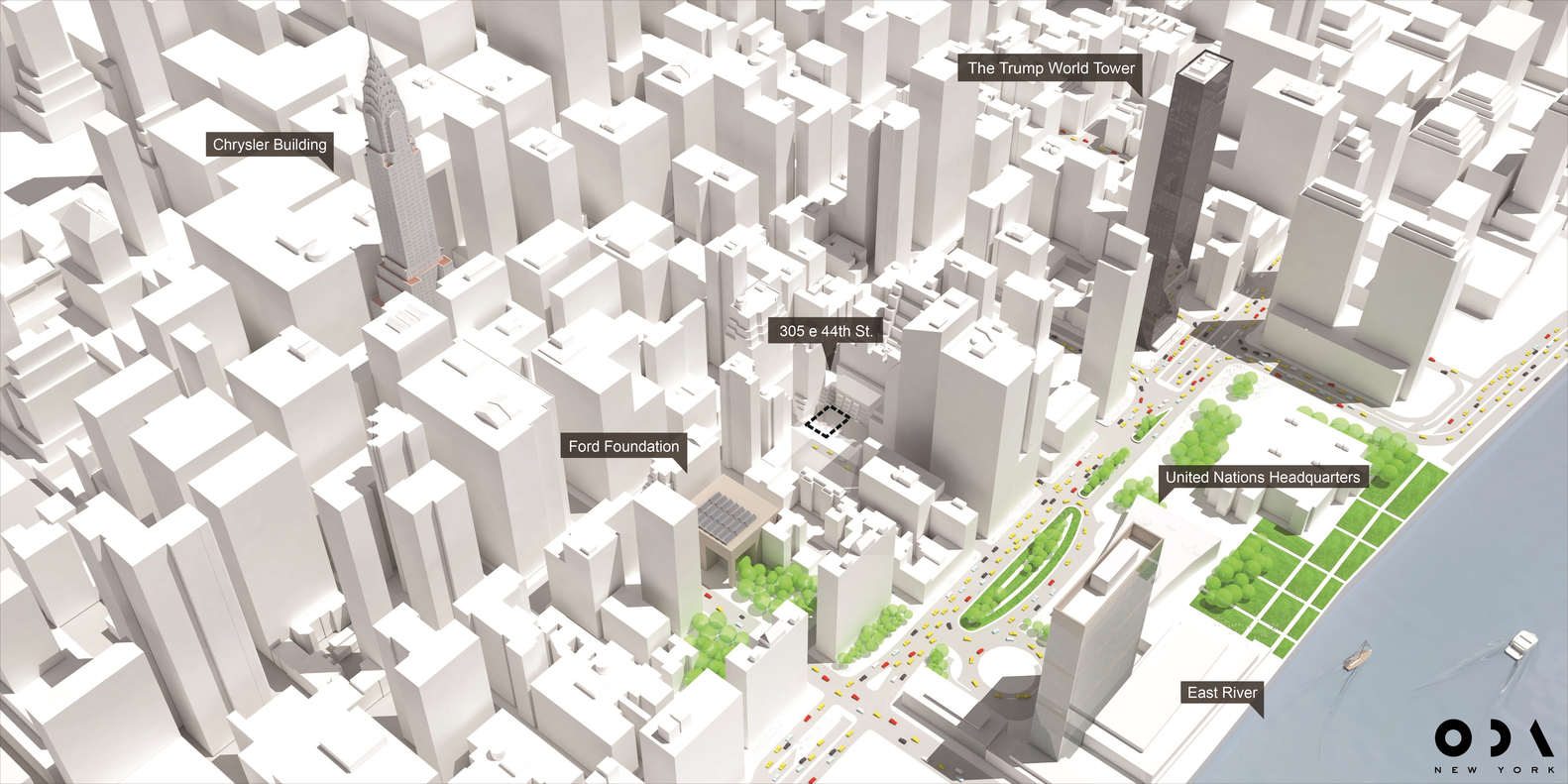 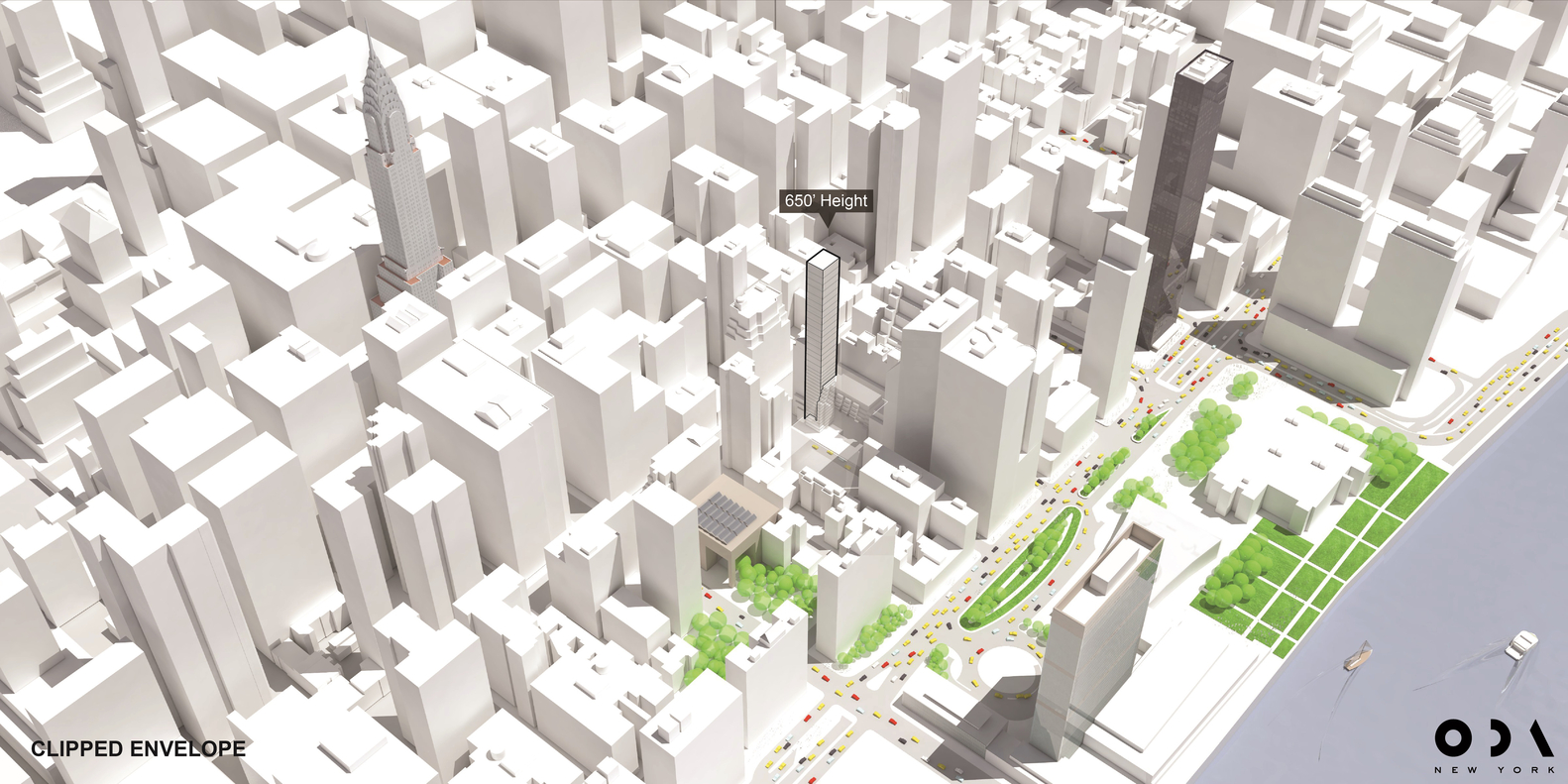 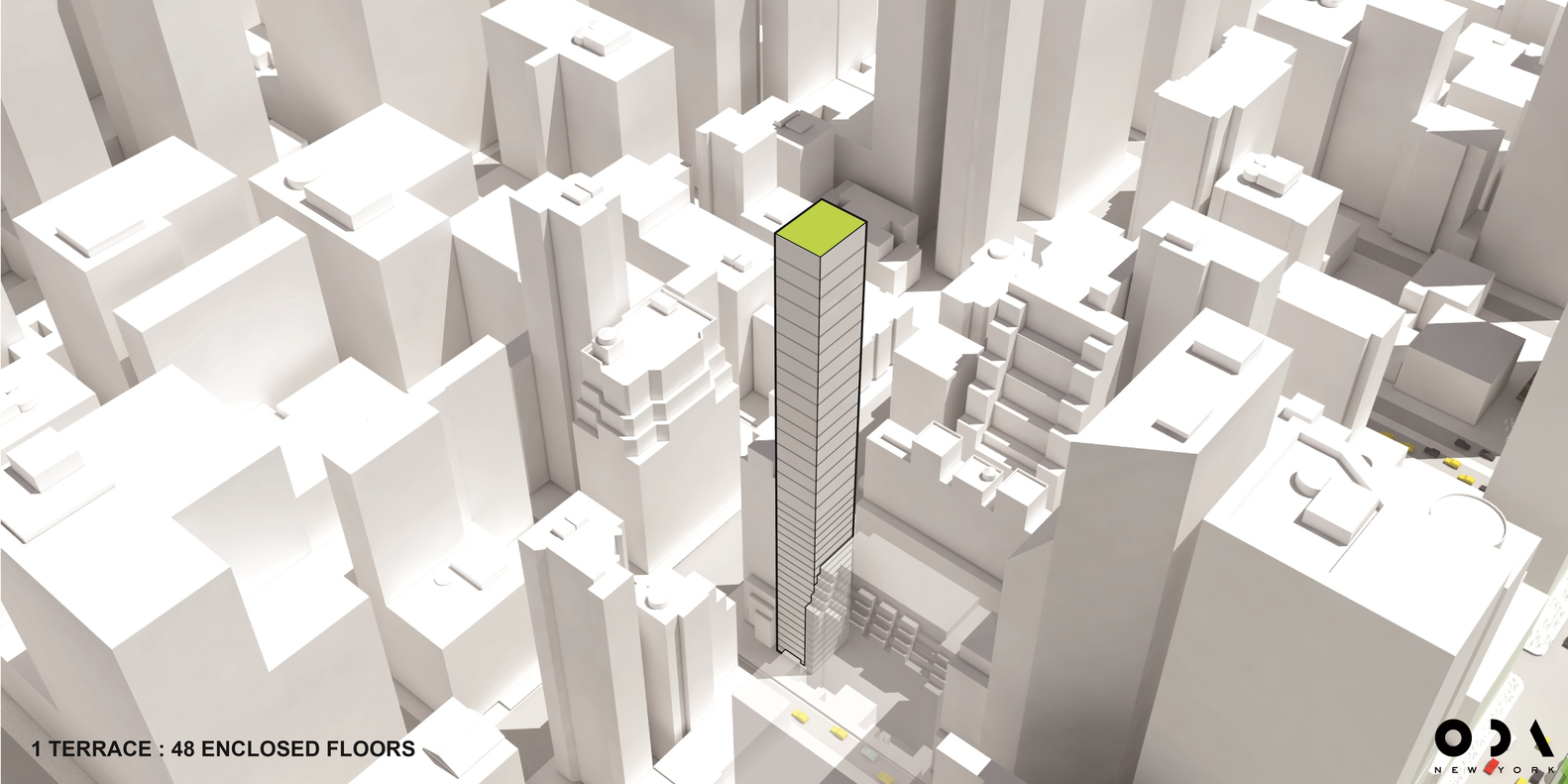 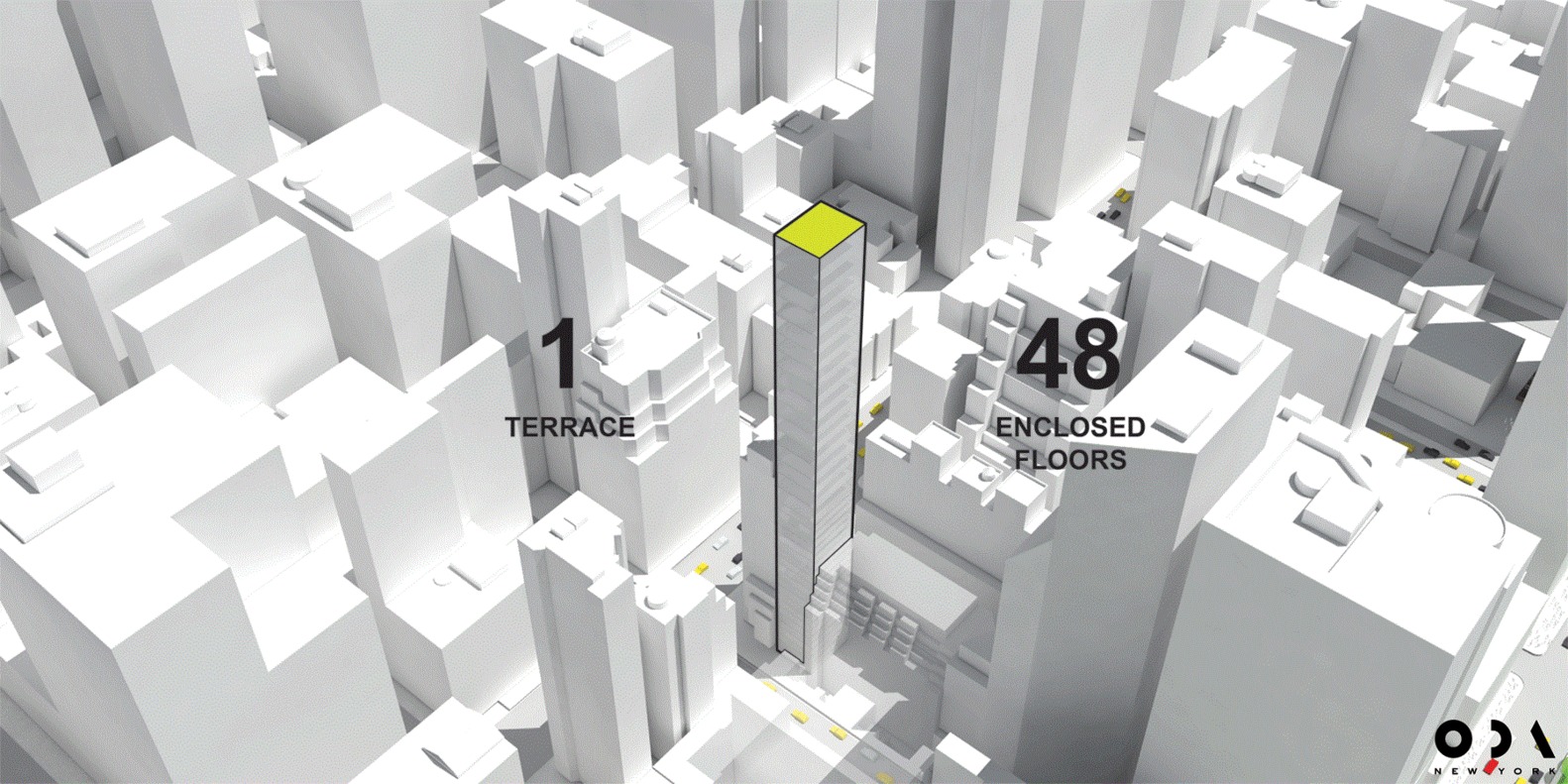 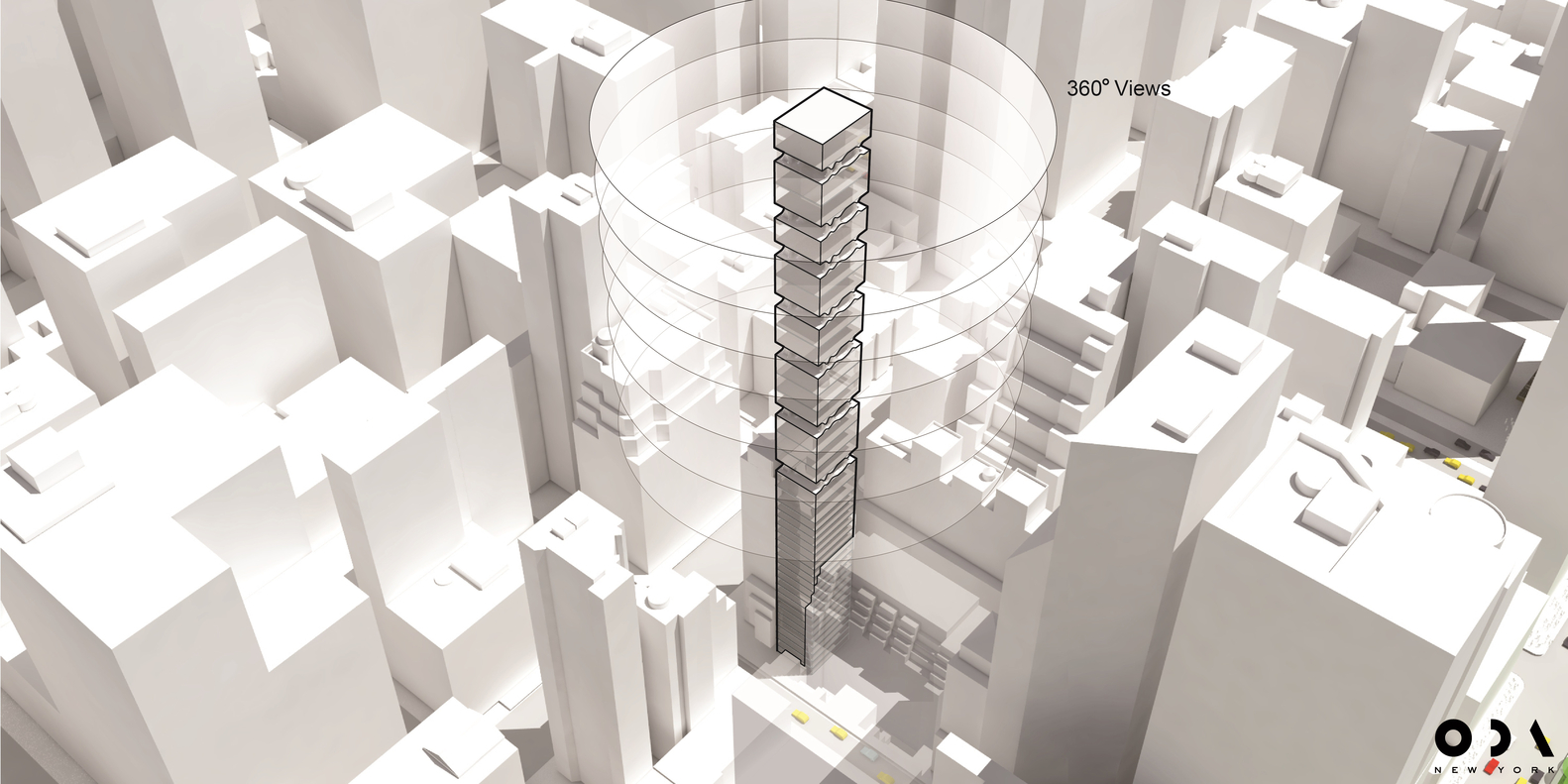 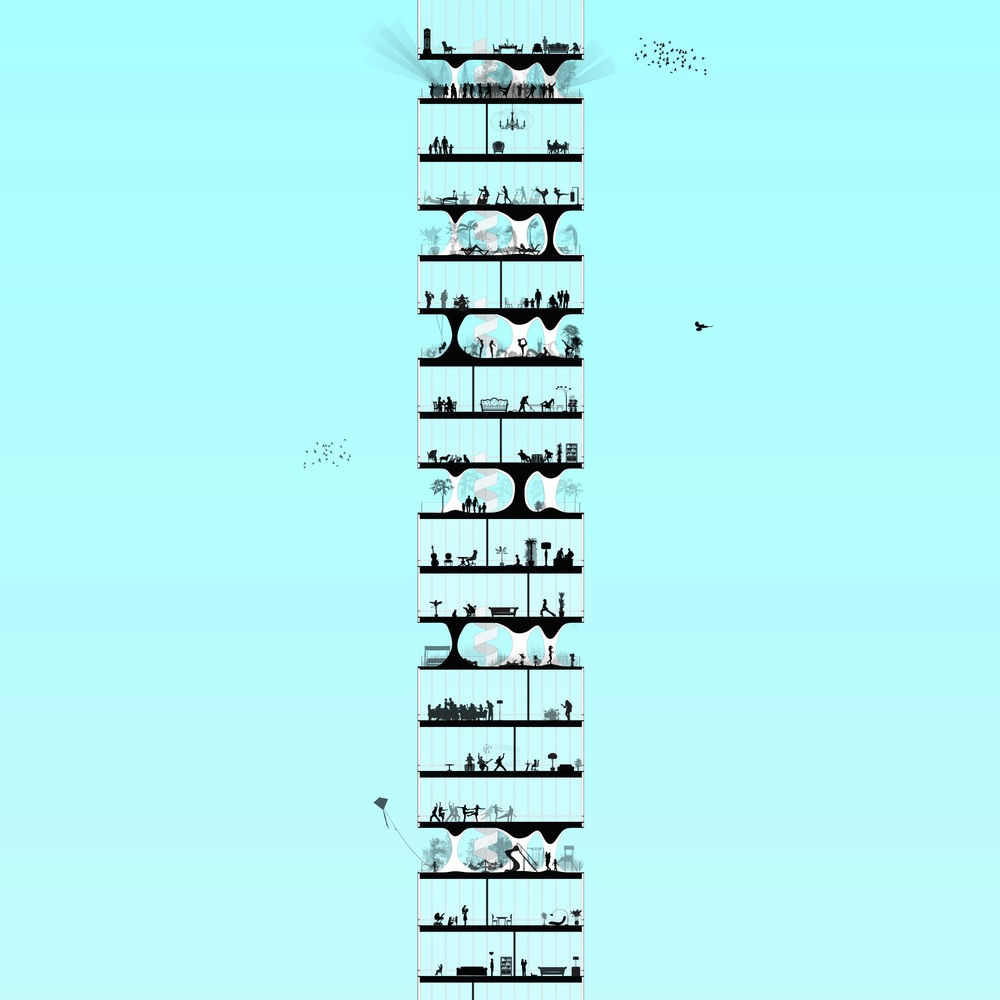 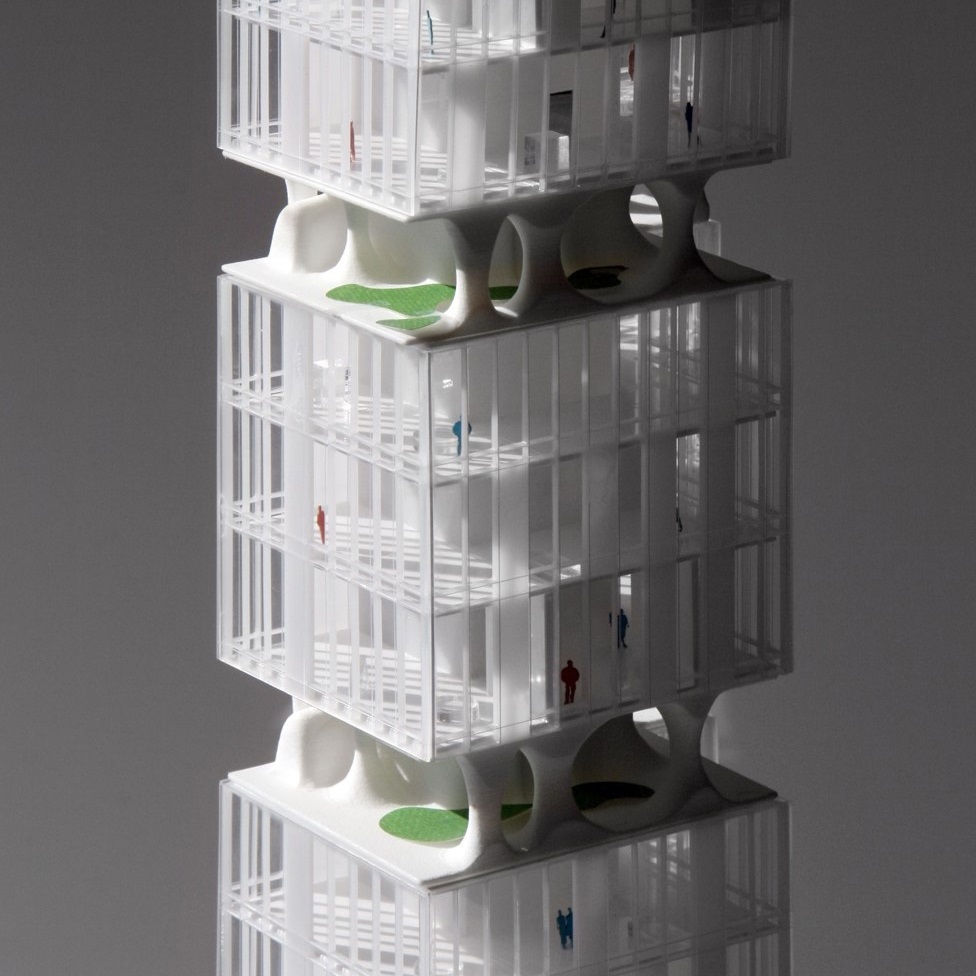 the area near the UN deserves some whacky futurist architecture. this fits the bill.

One rent-controlled tenant stands between Triangle Assets and the unorthodox condo tower it plans to build at 303-305 East 44th Street. The tenant ha

[QUOTE][…]
The tenant has refused to leave the existing four-story apartment building at 305 East 44th Street, which needs to be demolished before Triangle can move forward with its proposed 41-story tower. The developer has already bought out the building’s 15 other tenants but hasn’t yet been able to cut a deal with this tenant.
[…]
In January 2015, the developer filed an application with the New York State Division of Housing and Community Renewal seeking approval to evict the tenant. Last year, Triangle’s attorney, Adam Leitman Bailey, wrote a letter to the Department of Buildings, stating that despite attempts to “reasonably work out a relocation of the tenant,” she demanded millions of dollars in exchange for leaving her apartment. On Wednesday, Leitman wouldn’t specify where negotiations stood but said that the state has expedited his client’s application. Typically, the process can take years to complete.
The tenant either will need to take a buyout or wait for the state’s decision. If the state ultimately sides with the developer, the tenant will receive a small stipend — $143,000 — and be forced to leave the building. However, the tenant has the option to appeal the decision in state Supreme Court.
[…]
Bailey indicated that the tenant at 44th Street was offered “a lot more than $143,000” but wouldn’t specify how much.
[…][/QUOTE]

The construction of a condominium tower whose design ODA New York's Eran Chen once compared to chewing gum is on hold until further notice, the projec

Hah, the tenant won. A shame this won’t be coming up anytime soon.
Hopefully next cycle!

no, the tenant definitely lost,
they were hoping for a nice 7 figure settlement, now they are just stuck in that dump

how long has she been living rent-free in your head? You ought to charge rent!