I hope that there’s a huge waterfall on either side of the Madison Ave entrance. 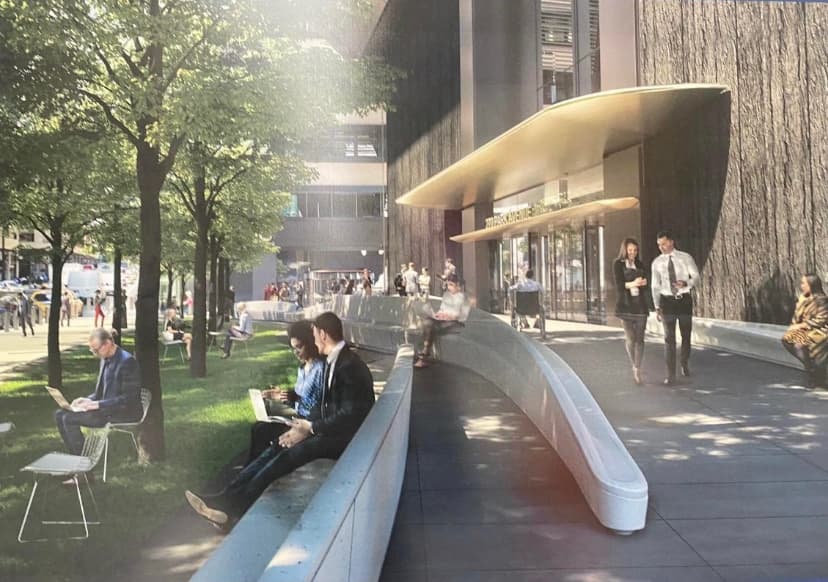 It occurred to me recently how heavily inspired this tower is by One Chase Manhattan Plaza (Gordon Bunshaft/SOM, 1961). Both buildings have massive expressed structural columns on the wider N/S facades, and both appear to be “floating” above the cityscape, held aloft by the columns. Foster’s homage to One Chase Manhattan Plaza is doubly fitting, since this is a new Chase Tower and it’s replacing a different classic 60s Bunshaft building.

The fanning effect of 270 Park’s columns will make for an even more dramatic effect than One Chase. This tower will be stunning. 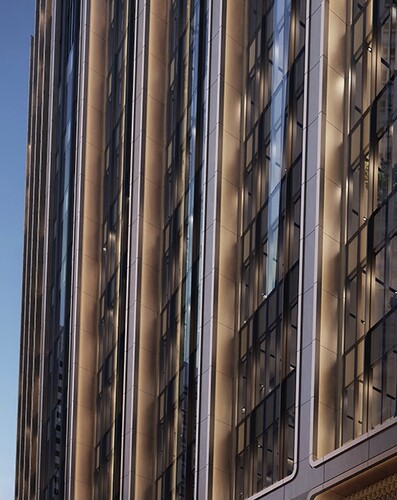 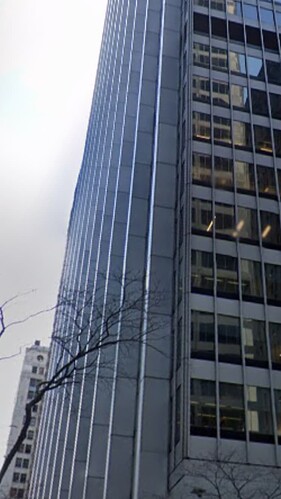 I wonder if we’ll get one in the middle?

New vertical steel started going up the height of the next double story floor yesterday. Cranes are still jumping at odd intervals, but 2 of them have fully jumped. Fireproofing also went up another floor so they need to start concrete on the floor above the mech/outrigger if they haven’t, but it looks like they’re working on it. I’d image cladding could start going up once fireproofing is at the M/O floor (the next floor) and that would put it at a similar schedule to One Vanderbilt. 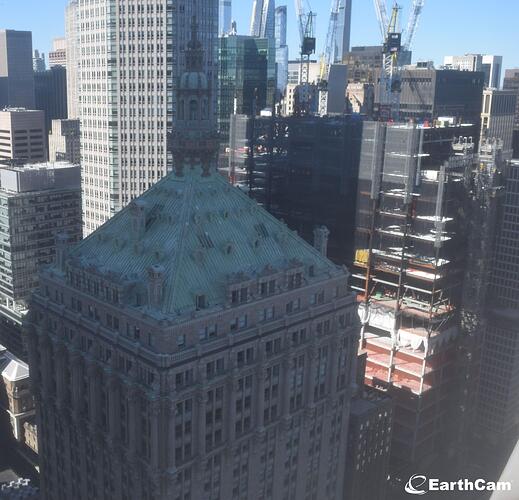 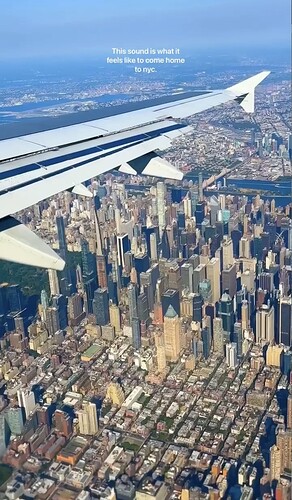 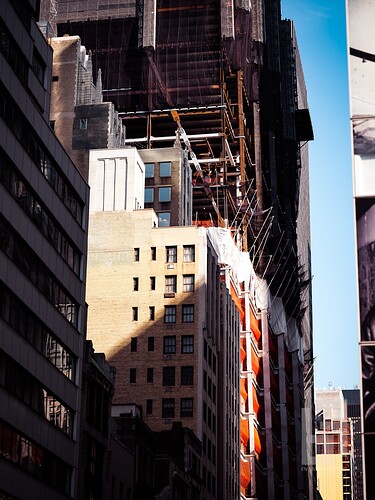 Live, from the Financial Capital of the World 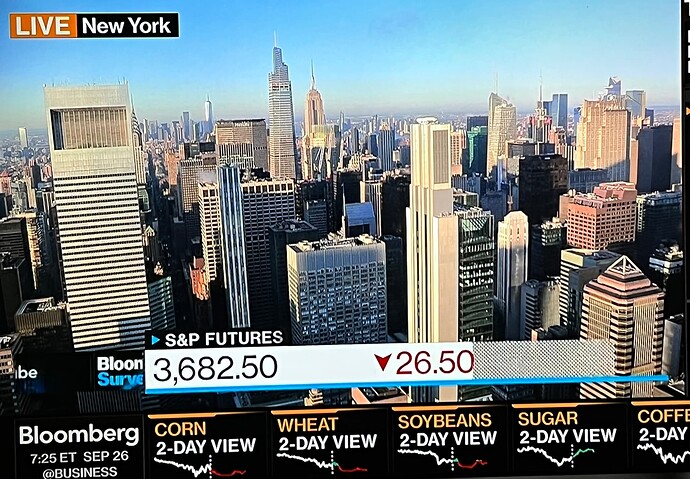 I wonder if that means that there will be a connection between the LIRR concourse and the 47th Street and/or 45th Street passageways for Metro North. Folks heading from Metro North to JFK Airport (likely traveling with luggage) will likely appreciate less walking at Grand Central (though if I recall correctly those northern cross-passages don’t have escalators or elevators to Metro North platforms). There will also be Metro North passengers heading to Citi Field, US Open tennis, NY Islanders …

“I also forgot to mention that he doesn’t believe that they’ll use all four elevator banks when they open. He thinks that they won’t turn on the one nearest to the new JP Morgan tower until that tower is occupied. That tower is going to have 12,000+ workers.”

Lots of new steel today and they moved the east portion of the safety cocoon into it’s new position from the setback, which is now perfectly visible. 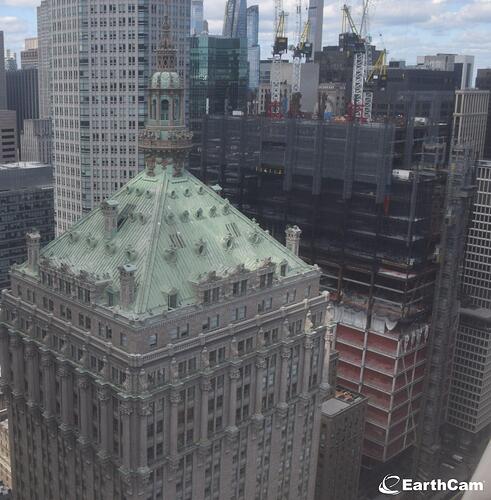 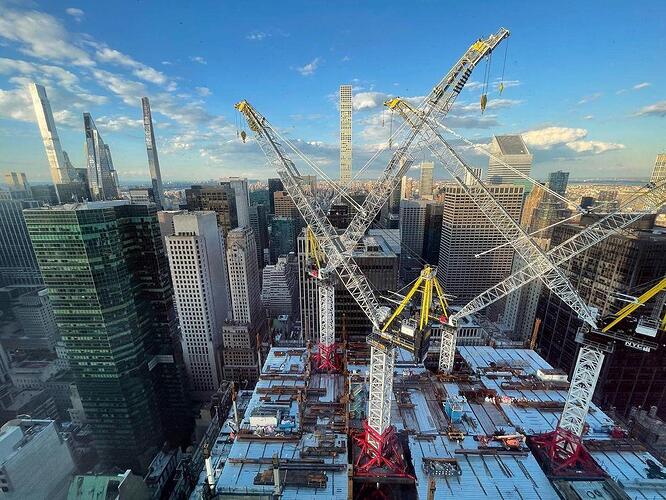 Nice view, gives us a look at where the shafts/core in the building are (indicated by the darker colored temporary metal decking). The perspective of the image just makes the floor look more square than rectangular like it is.

Over 50& of that image will be blocked once the tower rises past 383 Madison, though with the normal eye it will not fill in the peripherals that much at all. 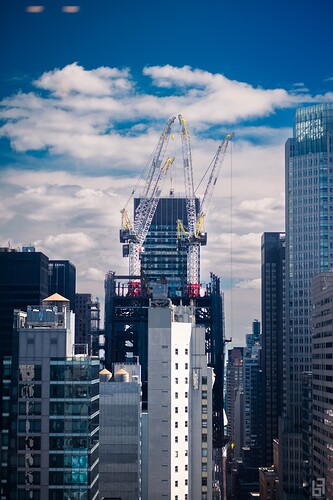 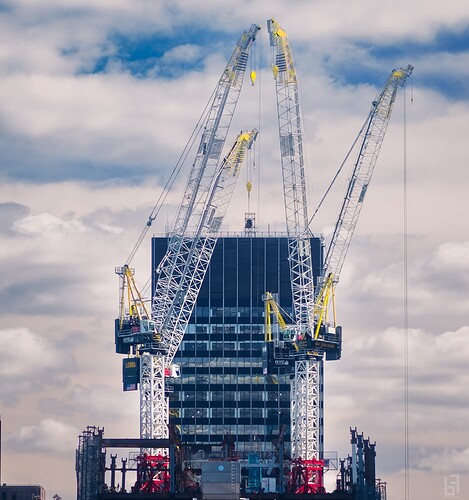 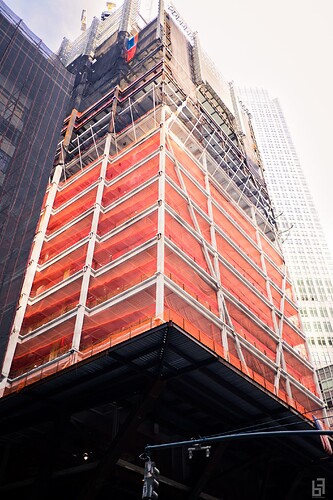 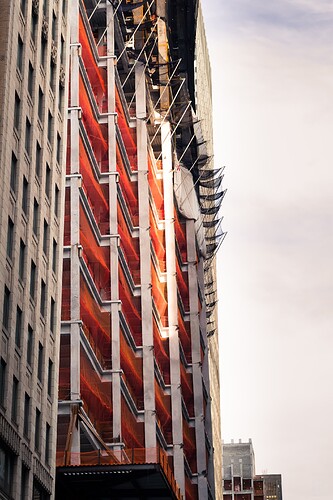 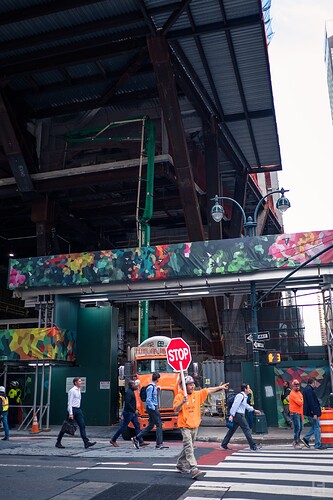 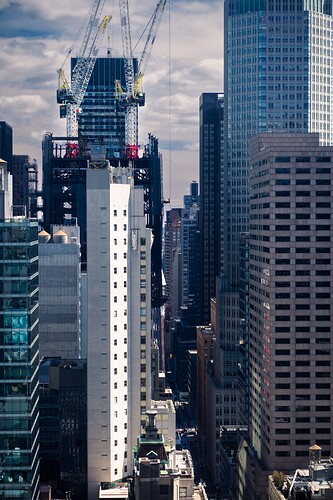 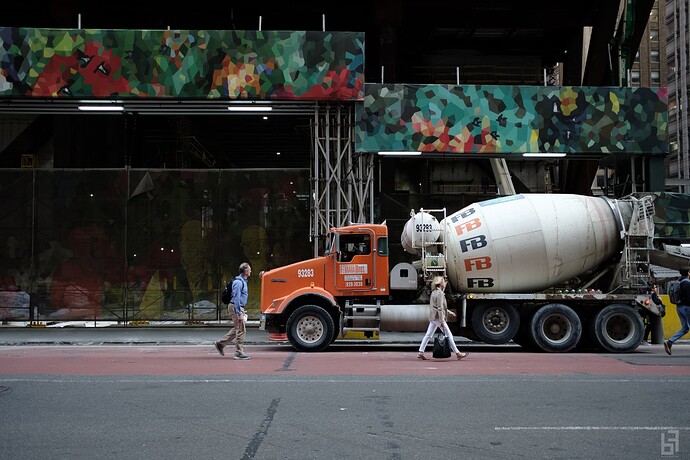 It would be nice if JPMC finally posts images of the park on Madison.

Oh yea, this should totally be popping out from Hoboken now. No doubt the tower cranes can be seen from there

Nice @5Bfilms, facade clips have now been installed on the 2nd office floor, cladding should be going on soon.

I could swear those have been there for a couple of weeks already but I would have to go back and look at some earlier images to double check. Either way though, soon.

Haha, no need to! I already checked against your other latest update post of photos! I had also thought that the actual facade clips were already installed but they are actually just the “seats” that the façade clips are being fastened to. I didn’t think they were the façade clips because they weren’t projecting out from the slab like the ones on your latest images show.