LES Could Be Getting Two More Gigantic Residential Towers

At 271-283 South Street, developer Starrett Corp. is planning a 60-story building with 740 apartments, with some affordable units, as Starrett plans to participate in the mayor’s Inclusionary Housing program.

And local residents are rightfully annoyed. Along with the support of their elected officials they’re calling on the city to either put these projects through a Uniform Land Use Review Procedure [ULURP] or move to rezone the neighborhood that would restrict the height of buildings to 350 feet. 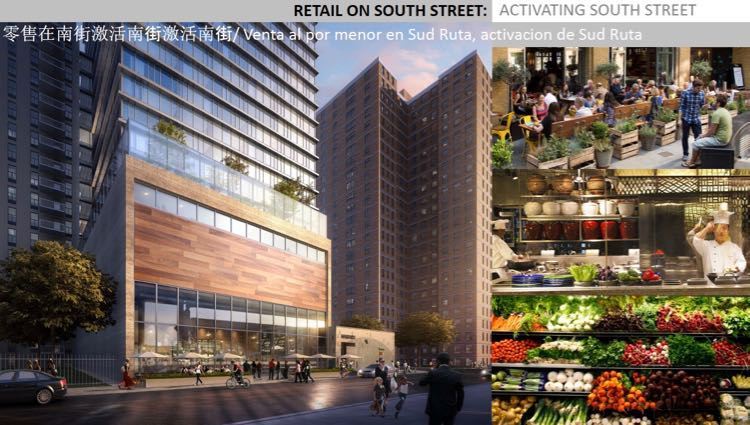 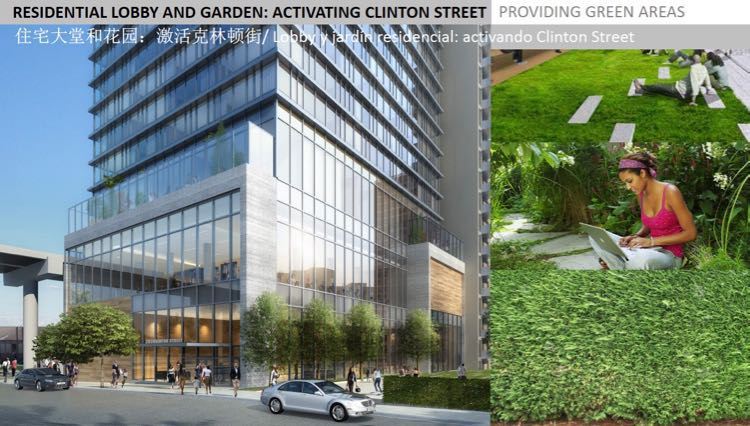 The view from Manhattan Br

In the article it says that the design in preliminary, but I think that’s a decent start!

This tower looks amazing. Purely coming out of my mind, but EXTELL seems to be a trend setter. It first built ONE57 and now 57st is a supertall hotspot. I believe it first proposed building a tall building on the LES (One Manhattan Square), and it also planned to build One Hudson Yards on Hudson Yards, while that was never built we all know how Hudson Yards is doing now. 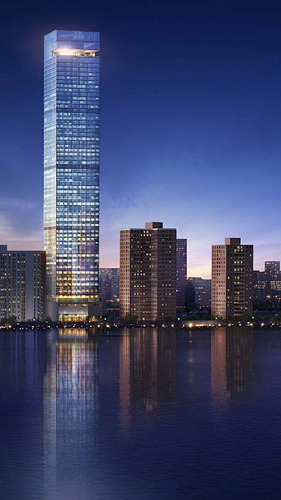 Any news on this moving forwards? Where did you find this render?
It looks good! 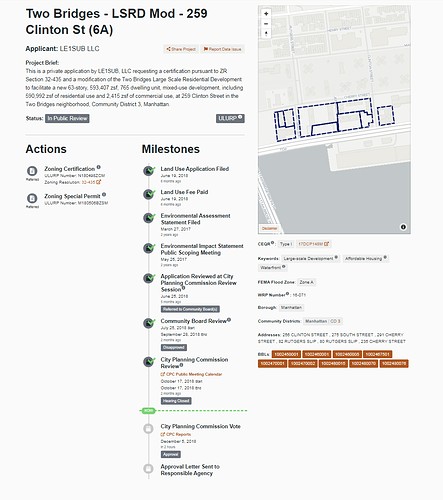 According to some workers there the square building at the corner is a water supply building that can’t be moved or dismantled. 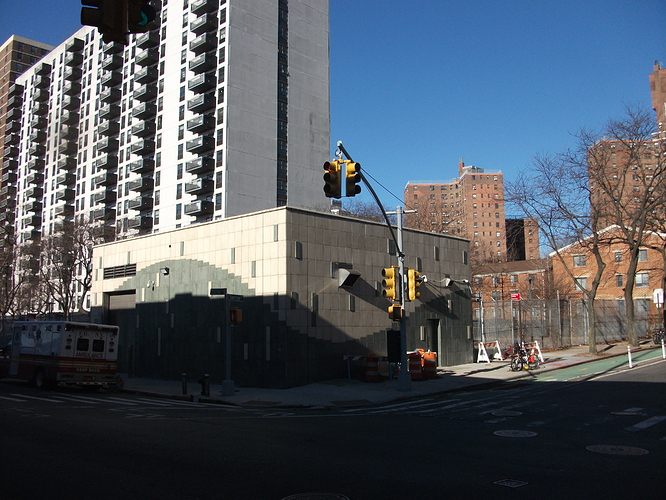 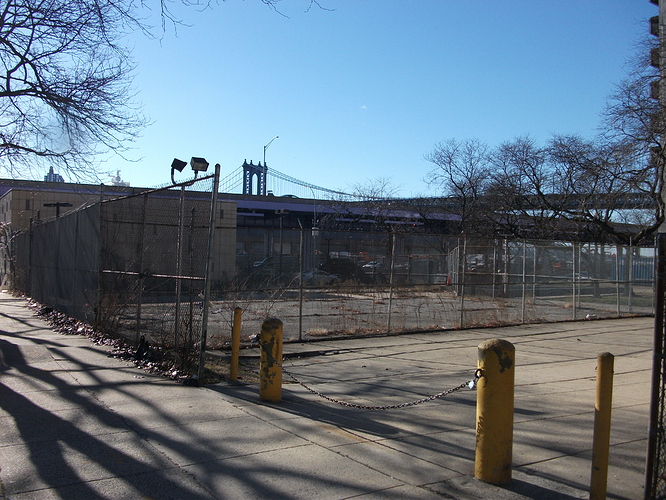 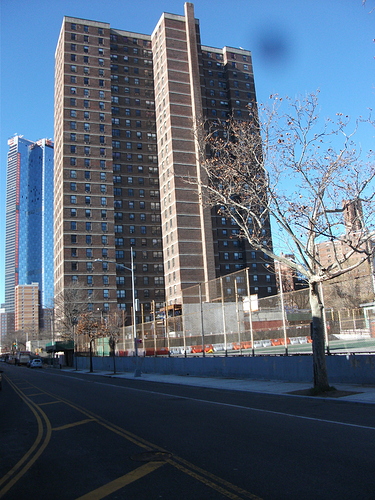 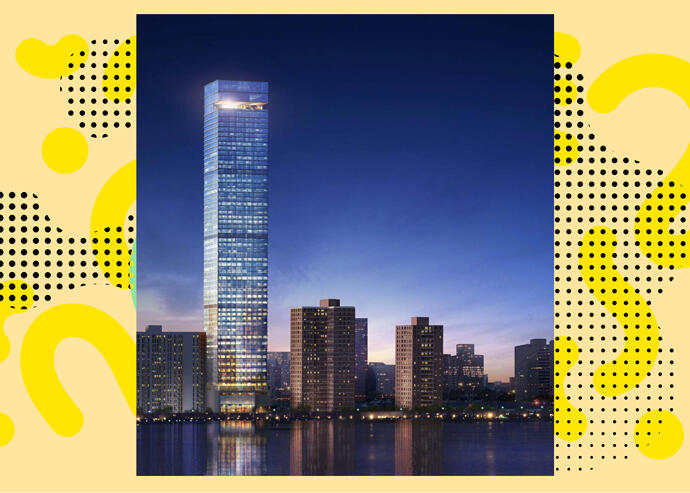 "A two-tower, 73-story apartment project in lower Manhattan’s Two Bridges neighborhood is finally moving ahead after years of opposition from local residents and politicians… The South Street project will feature 1,313 residential units across towers connected at the base by a 14,500-square-foot community facility. It will total 1.3 million square feet, according to the plans. Gary Handel of Handel Architects is the architect of record.

The three new buildings will add about 3,000 units to the largely low- and middle-income neighborhood. The developers have agreed to finance a host of neighborhood improvements and to earmark a quarter of the units as affordable." 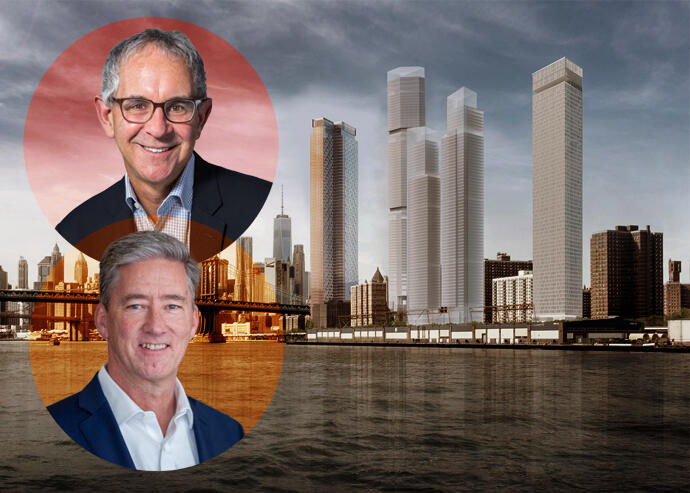 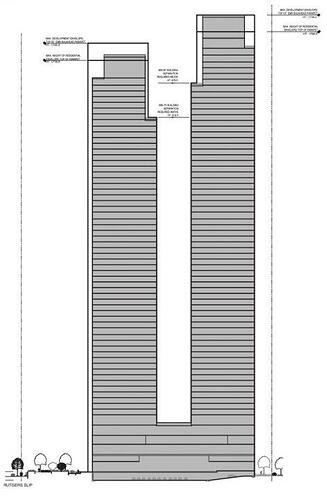 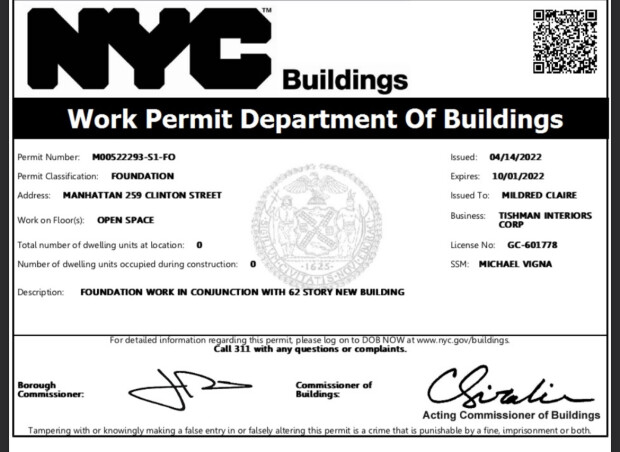 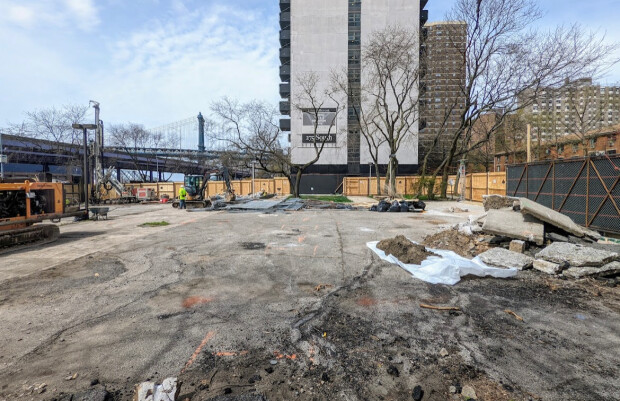 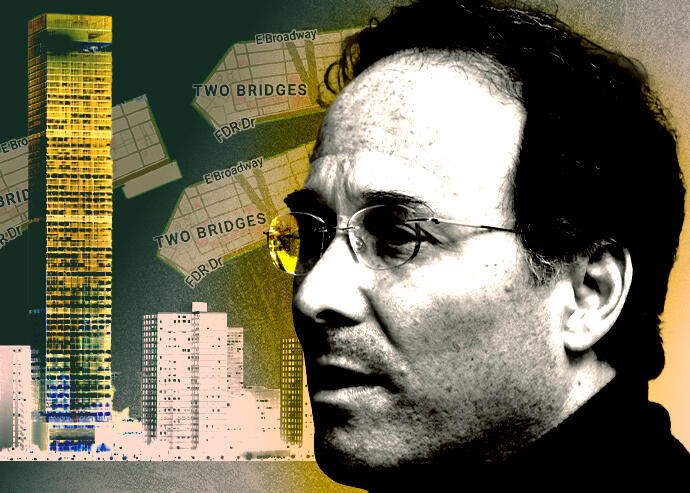 If Gary Barnett’s $250 million listing on Billionaires’ Row didn’t tell you he was bullish on the residential market, his latest deal will. The Extell Development chief is buying a Two Bridges development site next to his One Manhattan Square condo...

Barnett is in contract to buy the Starrett Corporation’s site at 259 Clinton Street, which can be developed into a 61-story tower with up to 765 apartments. The Real Deal previously reported that Starrett filed plans to put a foundation in place by the spring so the site would qualify for the 421-a tax break, which expired in June.

Starrett put the site on the market late last year with an Eastdil Secured team led by Gary Phillips and Will Silverman eying a price of $100 million. The contract price is not quite $100 million but is close, according to a source. The deal is expected to close this year.