Tavros Capital is working on assembling a large development site in Long Island City’s Court Square neighborhood that will come with a price tag of $30 million-plus when all is said and done.

The Soho-based investment and development firm recently closed on a trio of properties on 23rd Street in the shadow of the Citigroup Building, and is negotiating to buy several other properties and air rights that would give the firm as much as 250,000 square feet of development rights.

The developer plans to construct a mixed-use development with a multi-level retail component as well as office and residential spaces.

A key to the assemblage is a provision the city put in place when it rezoned the section of Long Island City back in 1986. The C5-3 zoning covering a three-block section adjacent to the Court Square No. 7 train station allows for a floor to area ratio of 2. But when a site of 10,000 square feet or more is assembled, that FAR jumps up to 15.

“There is a substantial jump,” said Evan Daniel, executive vice president of the investment sales group at Modern Spaces TRData LogoTINY, who along with his team at the Long Island City-focused brokerage marketed five of the seven properties that make up the assemblage.
“What’s unique – despite the fact that you’ve got multiple property owners – is that you need to have a certain amount of land to trigger the bonus,” he added.

Tavros closed in late July on three properties at 5-03, 45-07 and 45-09 13rd Street for a total of $11.25 million. The firm has a contract to buy two other properties Modern Spaces is marketing and is negotiating to buy two others being marketed by Andrew Mapp at the Corcoran Group.

Those properties give Tavros more than 167,000 square feet of development rights, and additional available air rights near by could push the total buildable up to 250,000 square feet. When all the ink is dry, the assemblage could total around $30 million to $35 million, Daniel said.

As part of the deal, the developer will make payments to the Metropolitan Transportation Authority that will go toward transit improvements at the subway station.

The area’s unique zoning paved the way for the 1.5 million-square-foot Citigroup Building – also known as One Court Square – as well as a pair of other big-ticket projects in the works. 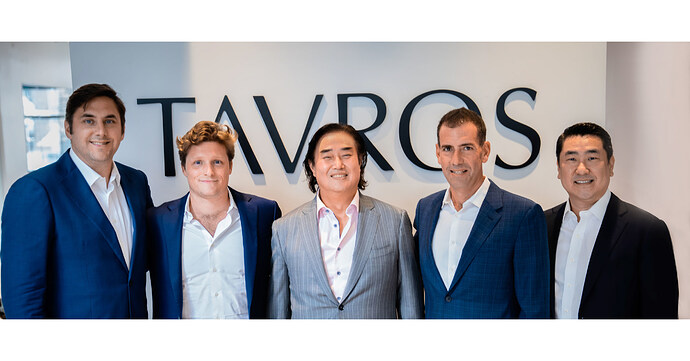 I believe that belongs in this thread

Tavros Capital putting together $30M-plus LIC dev site: Assemblage near Citigroup Building could reach 250K sf [image] Tavros Capital is working on assembling a large development site in Long Island City’s Court Square neighborhood that will come with a price tag of $30 million-plus when all is said and done. The Soho-based investment and development firm recently closed on a trio of properties on 23rd Street in the shadow of the Citigroup Building, and is negotiating to buy several other …

Also goes to show why sometimes its a game of long term waiting. Hell… made this 6 years ago, jeez!

Well that one used to be it’s own project until it was sold to the developers of this project recently, but yes it also now needs to be merged, but @chris08876 can make that decision/judgement.

That’s just what happens when diffferent developers start to assemble lots right next to each other and end up selling to the neighboring developer, you end up with multiple projects in the beginning and then have to merge the threads in the end.

Japan’s Toyoko Inn is moving ahead with plans for a massive hotel in Long Island City — its first in the U.S. — after initially toying with the idea in 2010.

The hotel chain filed plans Tuesday to build a 50-story, 261,000-square-foot hotel at 24-09 Jackson Avenue, according to a permit application.

The proposed building will hold 1,260 hotel rooms. Hotel Architect DPC is the architect of record, according to the filing.

The development site is bound by 23rd street and 45th Avenue and is made up of six separate parcels of land. The company paid a total of $18 million for it in 2007. In 2010, the company announced it was planning to open a 640-room hotel in Queens, which has yet to come to fruition.

Toyoko Inn is an economy hotel chain, with more than 200 operations in Japan, Korea and Cambodia. It also has hotels scheduled to open in Germany and the Philippines. According to the company’s website, there are no other Toyoko Inns slated to open in the U.S.

Neither a representative for Toyoko Inn or Hotel Architect DCP were immediately available for comment.

Nice news, got to love LIC.

they’re still working on getting it approved by the dob. The newest permits were filed last March. Hopefully things go through and we’ll get another 500+ footer for Long Island City.

Manhattan is the undisputed king of the New York hotel market. But one Queens project will disrupt this: the massive Toyoko Inn on its way to Long Island City. 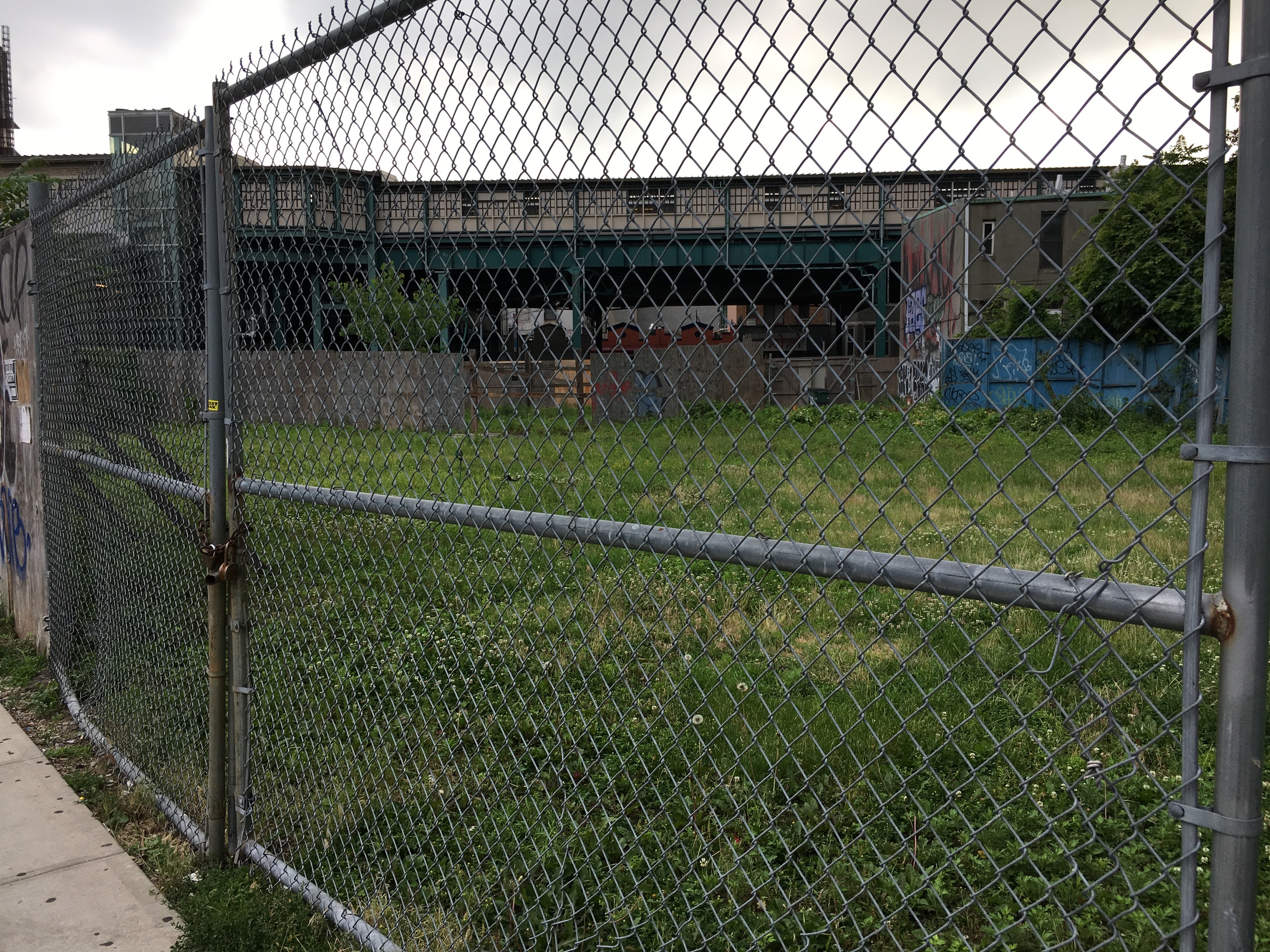 I wonder what happened here. Anyone know?

This is what’s happening 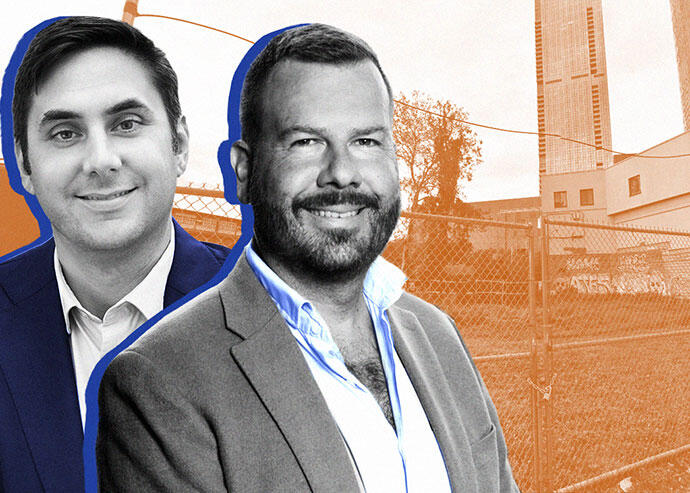 Toyoko Inn is in contract to sell the site to Charney Companies and Tavros Capital after spending $26 million to assemble it.

A pair of buyers are in contract to pick up the development site of a planned hotel in Long Island City, potentially changing the course of the project.

Charney Companies and Tavros Capital are in contract to buy the development site at 24-09 Jackson Avenue in Queens from Toyoko Inn, PincusCo reported. The cost won’t be known until the sale closes, but the site was being offered at about $60 million.

Charney in February filed a permit application for the construction of a 54-unit, 61,000-square-foot project at the site. An owner can develop a 267,000-square-foot residential building on the site as-of-right.

Tavros and Charney have experience teaming up on projects. The companies in January bought a full-block site at 318 Nevins Street along the Gowanus Canal from Property Markets Group for $102 million. They plan to build about 660 rental apartments on the property, which has more than 500,000 square feet of buildable space. 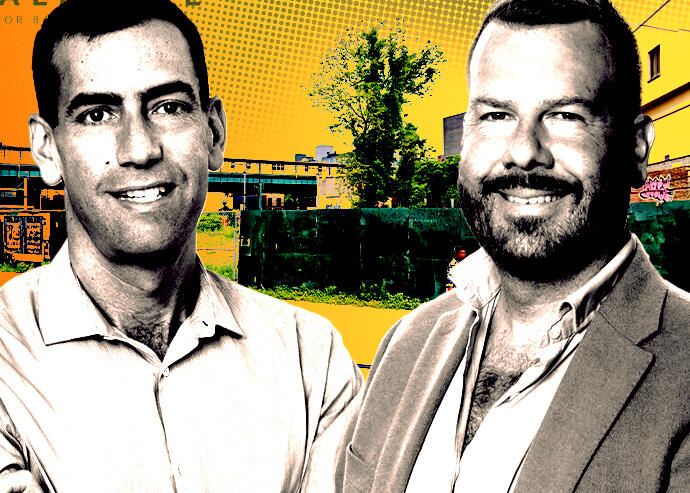 Tavros Capital and Charney Companies paid $68.3 million for a development site in Long Island City where they plan a 55-story mixed-use tower. 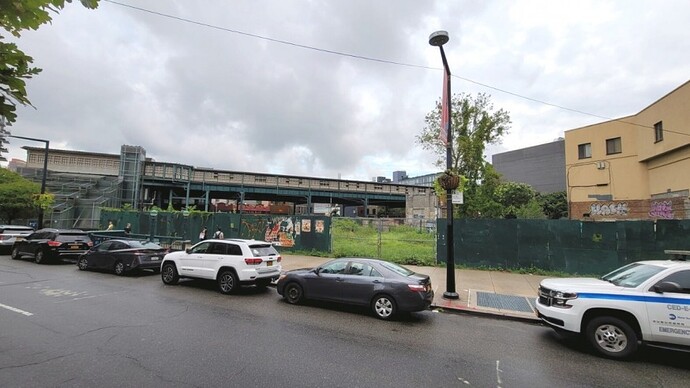 55-Story Tower With 600 Apartments to Go up Next to Court Square Subway...

Aug. 12, 2022 By Michael Dorgan Two developers plan to construct a 55-story mixed-used tower next to the Court Square subway station in Long Island City that would come with around 600 apartments. The developers, Charney Companies based in Long...