That’s why I said chamfered — I can see what you mean that the corners are technically rounded, but when you take in the building as a whole, they still appear to be rectangular floors. And it’s the clash between curves at the bottom and top, and the rectilinear middle, that’s bothering me. I’d prefer a deeper chamfered cutaway/more obvious rounding. But as is, the building is still like a B or B+ for me.

Generally, the zigzags are a little more fluid than I am depicting them, they go from the lines gradually into the transitions then gradually back to the lines, I showed everything very angular just to get the point across of the difference. I do however agree on the chamfering point or that the corners need to be more rounded, but they appear to be more or less as rounded as the corners at Manhattan West.

at this point I love both versions, just excited to see this baby rise!

Is this the model of the most recent version? If so, it looks AMAZING!!! 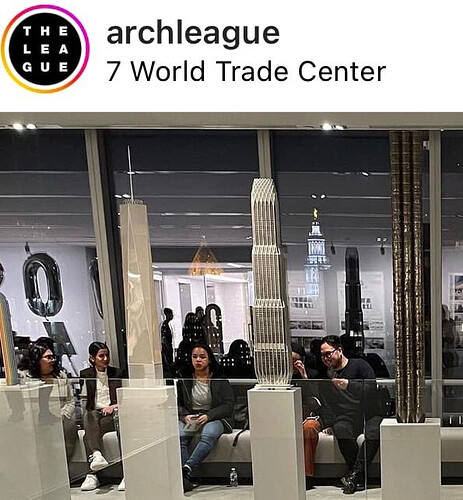 Yes, that is the backside of the model facing the Graybar building.

I absolutely love it!

Made my own model since I already made the diagram based on the new design to try and take some of the weight off of Xing from all the requests coming at him for various projects. 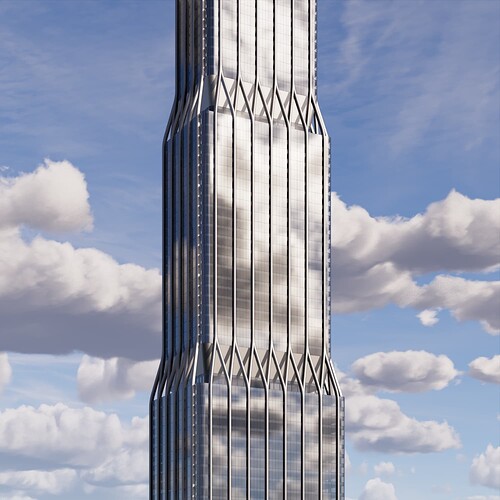 What’s the progress in your model?

Nice work. Does your model show the whole tower?

Are there any architects or engineers here who can give a reasonable estimate as to how long demolition will take?

Also, is this going to be an easier tower to construct than 270 or will it be equally difficult?

I’m so afraid that this project will get downgraded in some way before plans are finalized that I just don’t have my hopes up yet… in my mind it’s in the ‘not happening’ category until I see foundation.

I don’t see that happening. It seems that RXR already has a tenant.

I don’t know if that’s a question for an architect or engineer more than just a general question, the estimated timeframe has consistently been said to be 18 months since the project was first unveiled. Wherever that timeline fits with an actual completed demolition works just depends on when demolition actually starts.

Both this and 270 Park Ave have their challenges and complexities but I’d say they are equally complex structures.

Does your model show the whole tower?

Yes, it’s a work in progress.

Well it’s already been downgraded, look at the height.

But as for the design and it actually getting built, you shouldn’t worry really at all.
This building will be directly connected to Grand Central (with it’s own new underground as well), this combined with it being a state of the art building with tons of amenities means it will sell. Look at 1 Vanderbilt.

yeah I know, but 1 Vanderbilt started in a completely different climate than now. I know it has great advantages, and that some big companies are still looking for Class A office space, but all the tech layoffs, Vornado backtracking/delaying their Penn District plans (another project with many advantages that should make it a shoo-in), and just the general sentiment among many of a future economic downturn should have everyone a little bit on edge. Not saying it won’t happen, just not prematurely getting my hopes up for a new tallest (by roof height) in this new world. So much can change between now and construction start for an investment of this magnitude. 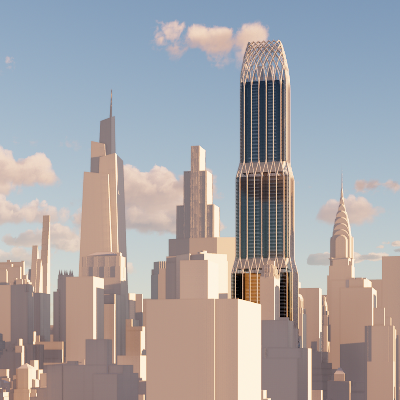 This building (and your rendering) are incredible!

Could you photoshop your renderings of 175 and 270 Park into this image? 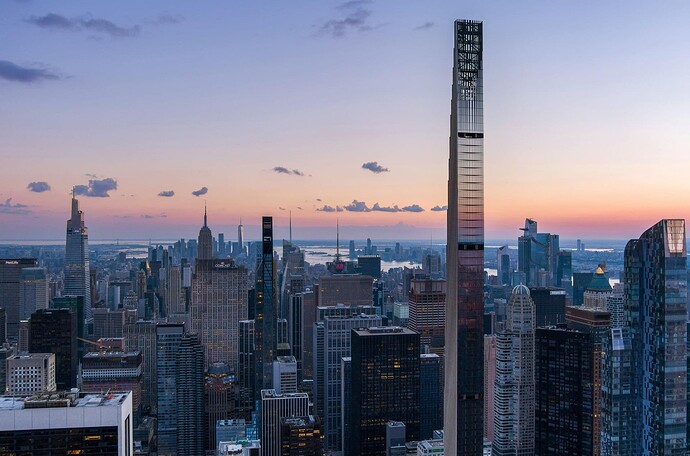