If you’re on SSC and SSP, spread the word that YF is the place for NY news!

I’ve noticed a few people have disappeared from SSC!
Also I’m back in New York this Christmas! Spoken to VG about it

Awesome ! Let’s meet with VG for some beers.

Excavation commenced today. As per a worker at the site, it will be 975’ tall.

Better then nothing I guess. At least its rising and that’s whats important. Although the height figure would of really made it stand out, but nevertheless, we must be happy for it will benefit the skyline in the long run.

I’m wondering if Shvo is worried about the slow down of the uber luxury market? Seems like the extra height and units would do wonders for sales, but if the market is not as hot as it was 2 years ago, could be that he is minimizing his risk.

I’m not surprised with 975’ figure. Shvo has only stated that it would be the tallest residential in lower Manhattan and 975’ would make it so. 975’ is Impressive regardless.

Most importantly will be the design & hope it will be good. We shall see. Anyway, good to see some serious work on this site is upon us.

I suspect that the design will be mediocre.

I agree, I don’t have high hopes with whatever the design it will be.

You can’t see it in the picture but there is a pit in the background already. 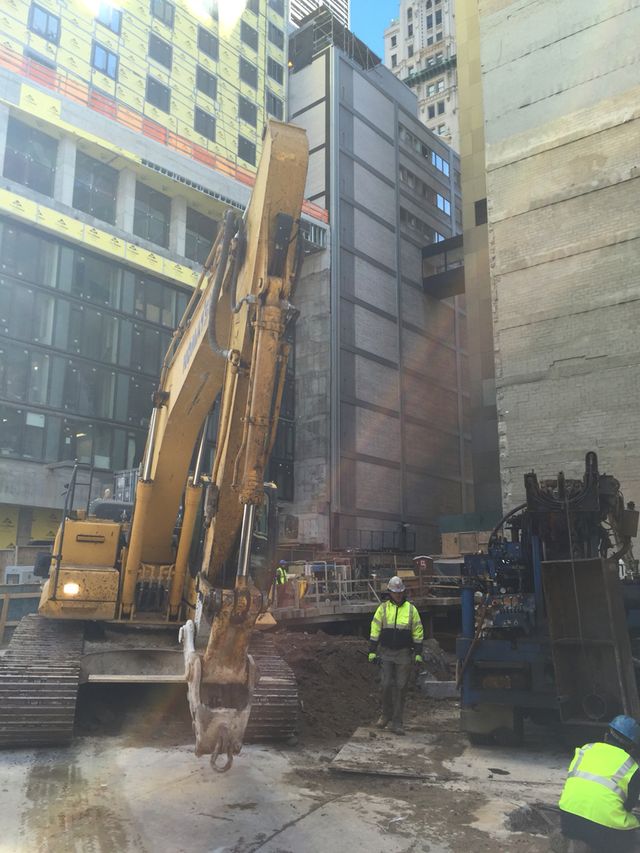 I agree, VG. Que sera. I’ll take a 1,000’ box. Those morons on other forums are going wild over 1000 S Michigan which is a box with limited cantilveters that’s not remotely as good as 2 WTC, which all of those morons panned.

Thanks again guys! Again, not a single update in ages on SSC, yet here you are posting very regular updates!

I can’t believe how fast this tower is progressing, although I keep forgetting that there have been previous proposals on site, but it does seem it has caught up with the 57th Street lot

Good to see the cement being poured. This site is still a mystery to me. So much suspense when it comes to it. Taking a while, but I’m hoping it will rise fast like 432.

I would not be surprised if this is an 875’ box with rentals. Shvo is a shvmuck .

I honestly would be pleased with an 875’ box with rentals. Not many developed cities have one of those under construction, and I wasn’t expecting much here, anyway. It’s not a good location (relatively speaking, of course).

We’ve got Verre, Steinway, 56 Leonard, Pyramid, and a bunch of Sterns. We’ll be alright!

It’s odd that this tower is still a mystery. This rendering still appears on Witkoff’s website, and It looks like the plans filed with the DOB For an 876’ building.

I wonder why Witkoff still has this on his site since he sold his interest.

I always thought Shvo updated the filing to reflect the 1,356ft height, I guess not.

He did not, but that means nothing. Shvo is just the name behind this. Bizzi and Lorber put up the money.

Anyway, I would not be surprised if this Tower is 875’ tall.