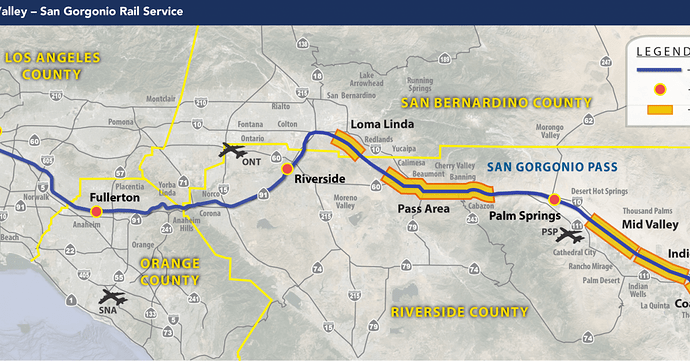 Following a public hearing held on July 13, the Riverside County Transportation Commission has adopted a service plan for a new passenger rail link between the Coachella Valley and Los Angeles. 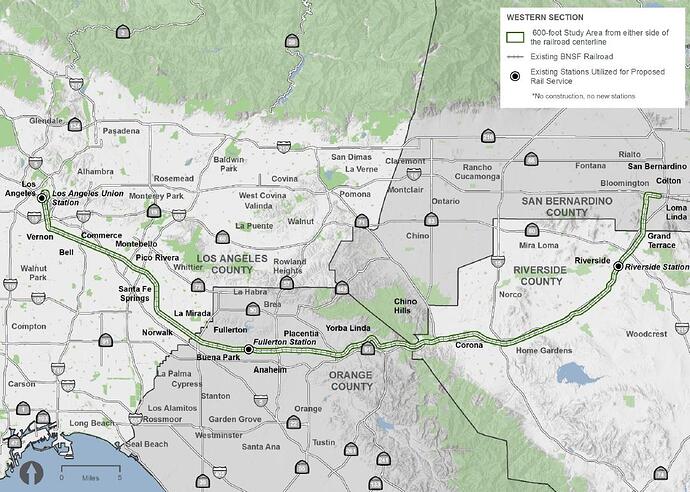 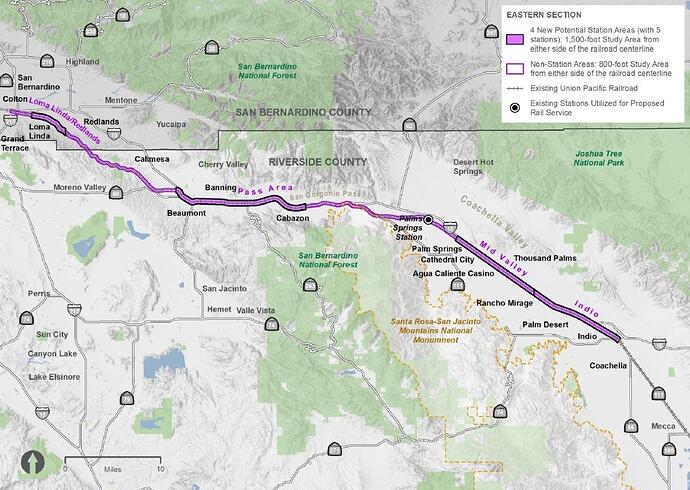 Following a public hearing held on July 13, the Riverside County Transportation Commission has adopted a service plan for a new passenger rail link between the Coachella Valley and Los Angeles.

The proposed Coachella Valley-San Gorgonio Pass corridor would span approximately 144 miles, linking the City of Coachella with Union Station in Downtown Los Angeles. Under current plans, two daily round trip trains
would serve the corridor, including one morning departure and one afternoon departure.

Between Los Angeles and the City of Colton, the rail line would make use of existing tracks owned by BNSF and Metro, as well as stations in Fullerton and Riverside. Moving east into San Bernardino County, the new
passenger rail service hinges on upgrades to the Union Pacific Railroad Yuma Subdivision, including the addition of a third main line track, new crossovers and sidings, a new railroad bridge at the Santa Ana River,
and various other infrastructure and grade separation projects.

Likewise, plans call for the construction of up to five new stations within Riverside County, supplementing an existing stop in Palm Springs. The new stations would be located in or near:
the Loma Linda/Redlands area;
the communities of Beaumont, Banning, and Cabazon;
near Cathedral City, Thousand Palms, Agua Caliente Casino, Rancho Mirage, and Palm Desert; and
the City of Indio;
the City of Coachella.
While the adoption of a service plan is a key milestone, more planning remains - including additional environmental documentation relating to the construction of the proposed infill stations and new main line track.

An official project website does not list an anticipated timeline for delivery, although it has previously been reported that the range of improvements would cost approximately $1 billion
and could begin construction within 10 years of completing its environmental study.

This will be easier to keep track of the transit projects going on in LA. Also I’ll actually be able to post on here vs the general thread.

Now that would be a fun ride to the festival 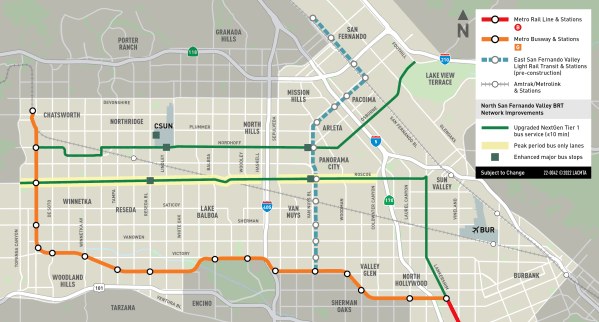 Metro Board approves plan to improve east-west bus services in...

The Metro Board last week approved the $180-million implementation plan for the North San Fernando Valley Transit Corridor to improve the speed, reliability and passenger experience for bus service… 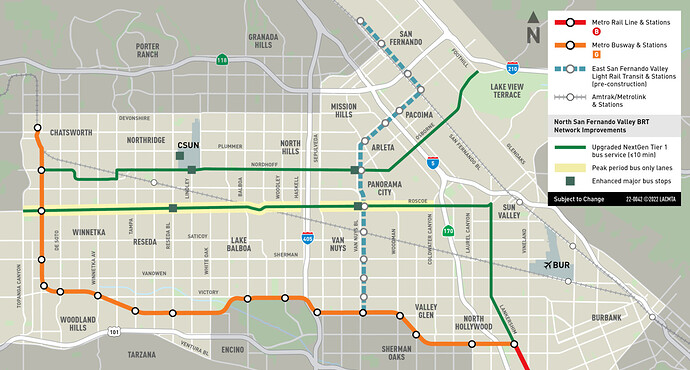 Because the Palm Springs railway station is located in a region that frequently experiences the haboob, service is often suspended.

Former mayor at the construction staging yard for the Purple (D Line) Extension’s Wilshire/Westwood Station, where excavation is taking place under the street decking. Photo by Aurelia Ventura/Metro. 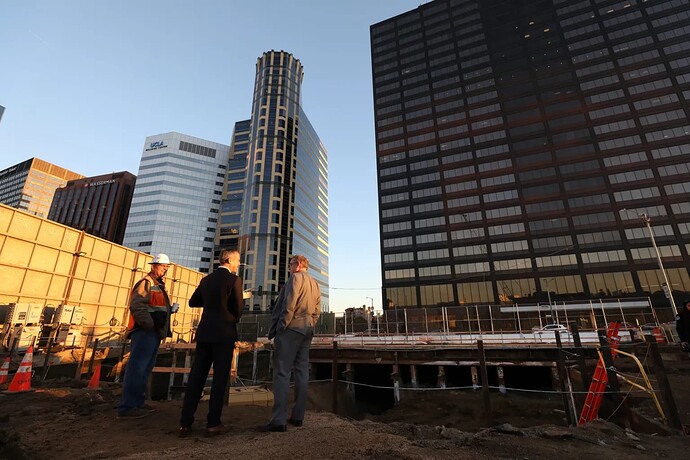 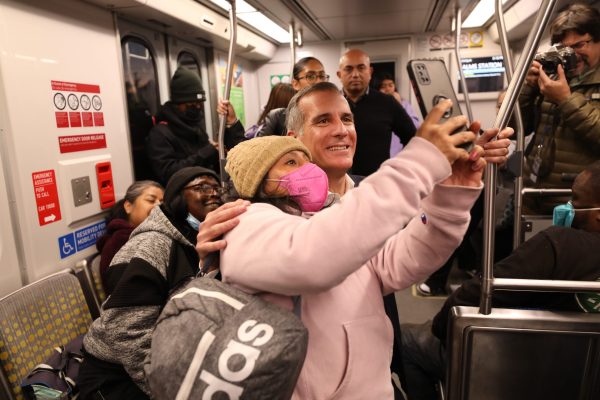 Before leaving office over the weekend, L.A. Mayor Eric Garcetti last Friday took a 10-hour tour of our local mobility system. It went like this: G (Orange) Line to B (Red) Line to DASH to Griffith… 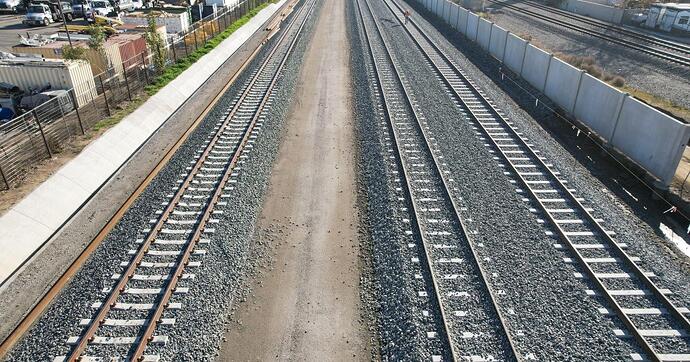 At the close of 2022, the Foothill Gold Line Construction Authority announced that work is now two-thirds complete on the L Line's 9.1-mile, four-station extension to Pomona. 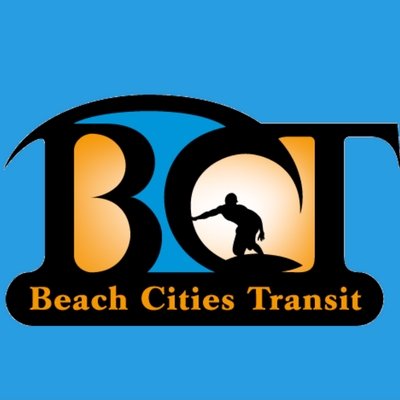 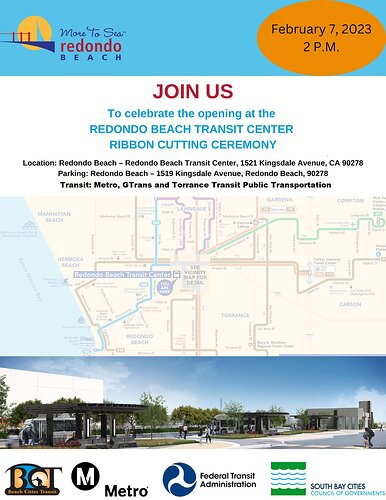 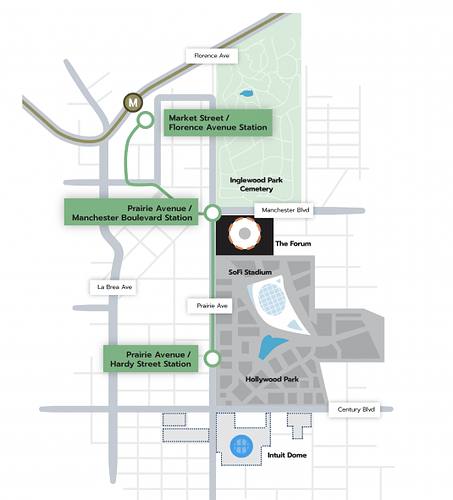 Metro Board of Directors Approves Master Cooperative Agreement with City of...

The Metro Board of Directors on Thursday approved a Master Cooperative Agreement (MCA) with the City of Inglewood for the city’s Inglewood Transit Connector Project, a 1.6-mile people mover connect… 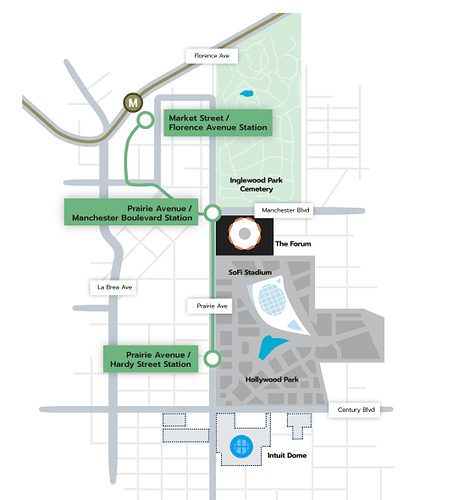