Skyscraper that would rival President Donald Trump’s Chicago high-rise as the city’s second-tallest would emerge behind the historic Tribune Tower, while the neo-Gothic office building would be turned into condominiums under still-evolving plans described by an alderman and two sources familiar with the proposal.

Envisioned as a hotel and condominium tower sheathed in steel and glass, the new skyscraper would soar to a height of 1,388 feet, downtown Ald. Brendan Reilly and a source familiar with the plans confirmed. That would be a foot shorter than the hotel-condo high-rise that Trump, then a real estate developer and reality TV star, completed in 2009.

Tribune Tower, whose flying buttresses and pinnacle-topped crown have long made it a symbol of its namesake newspaper, would be turned into condominiums, Reilly and two sources said. The tower’s upper floors are already being gutted.

The plans, drawn up for the owners of the Tribune Tower property — CIM Group of Los Angeles and Chicago-based Golub & Co. — are expected to be presented to the Chicago Plan Commission by this summer.

If the developers win city approval and obtain financing for the mega-skyscraper — by no means a sure thing, as the saga of the never-built 2,000-foot Chicago Spire attests — it could be a political plus for Mayor Rahm Emanuel, who regularly touts the flock of construction cranes dotting the city’s skyline as a sign of economic strength.

However, the plans also pose some political peril if they anger neighbors of the new high-rise whose views would be blocked. And historic preservationists could object to the plans on the grounds that the new skyscraper, which would be roughly three times the height of 36-story Tribune Tower, would dwarf the historic building. The skyscraper would rise on the north side of what is now a parking lot behind Tribune Tower.

same architects as Central Park Tower, one of which has an extensive history in Chicago under SOM. This might be a show-stopper.

Strap yourselves in folks!!! This is gonna be a dousie

I nearly scrolled past this before I saw the height

Chicago is on fire, this is like the third or fourth supertall this cycle.

I’d like to see Dallas, Atl, LA, and Seattle get a slice of the pie too!

The face of the squirrel is the one I have every time we hear news of a super tall. Another one to the big list!

Might I also add that this is one of the few towers outside of NYC or on this side of the world that suppose the roof is over 1300 ft, will be a game changer. I surely hope it is.

What’s the status of its supertall proposal?

Still rumored at the moment. Not much is known. @robertwalpole

This is cool, but not gonna happen. Chicago always gets these interesting visions that have zero chance of occuring.

In order to build a supertall, you typically need one of two things: a super-ballsy, well-financed developer, and a crazy high end market. This has neither. Chicago luxury housing isn’t particularly expensive, and the developer hasn’t even gotten a renovation package for Tribune Tower assembled.

Super excited! Chicago is really on the rise, along with the Vista tower, and the Gateway Tower (if they go through with it)

I wonder how much this view here will change

Please don’t just be a box, like every building in Chicago 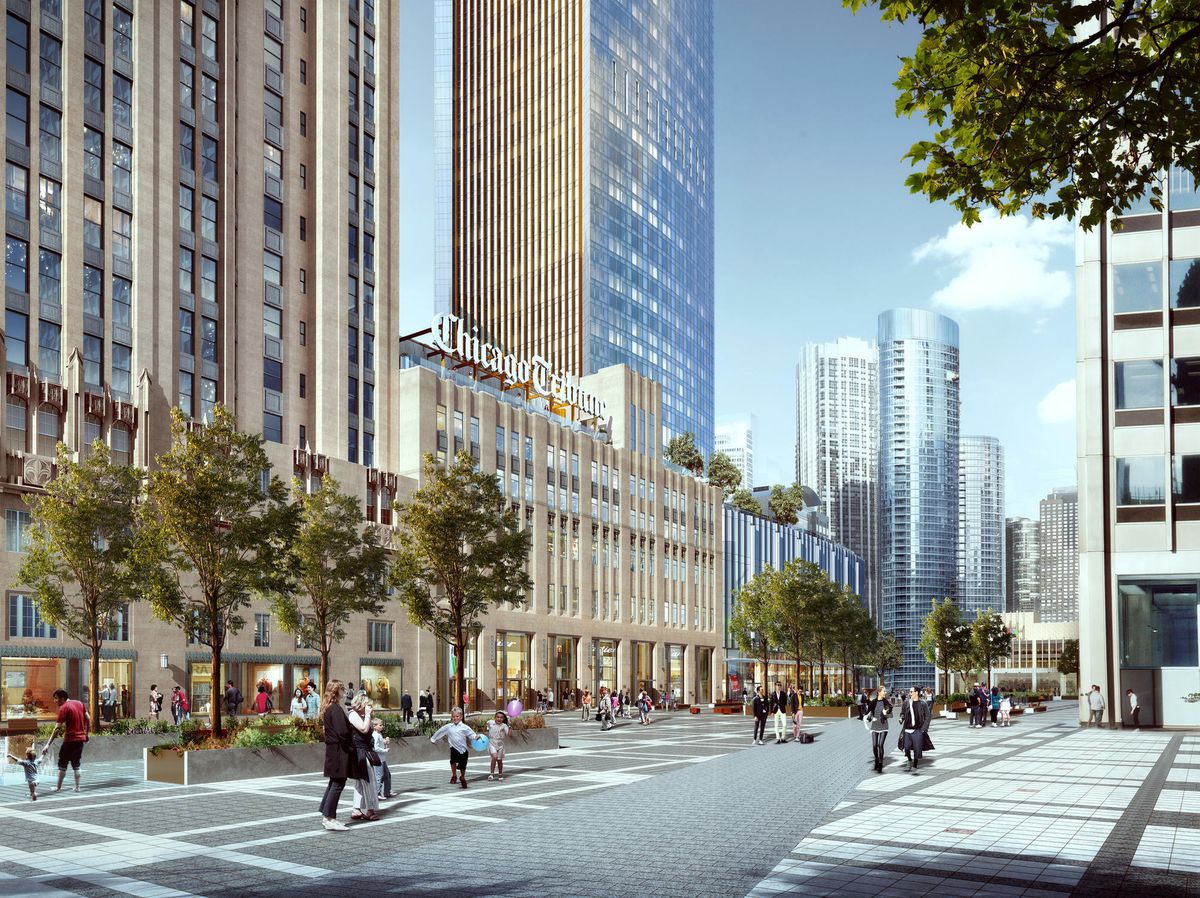 Developers on Monday unveiled plans for Chicago’s second-tallest skyscraper, a tapering shaft of metal and glass that would soar above historic Tribune Tower. 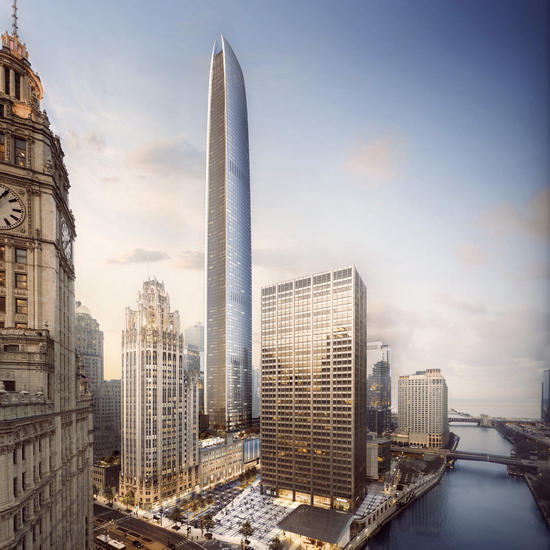 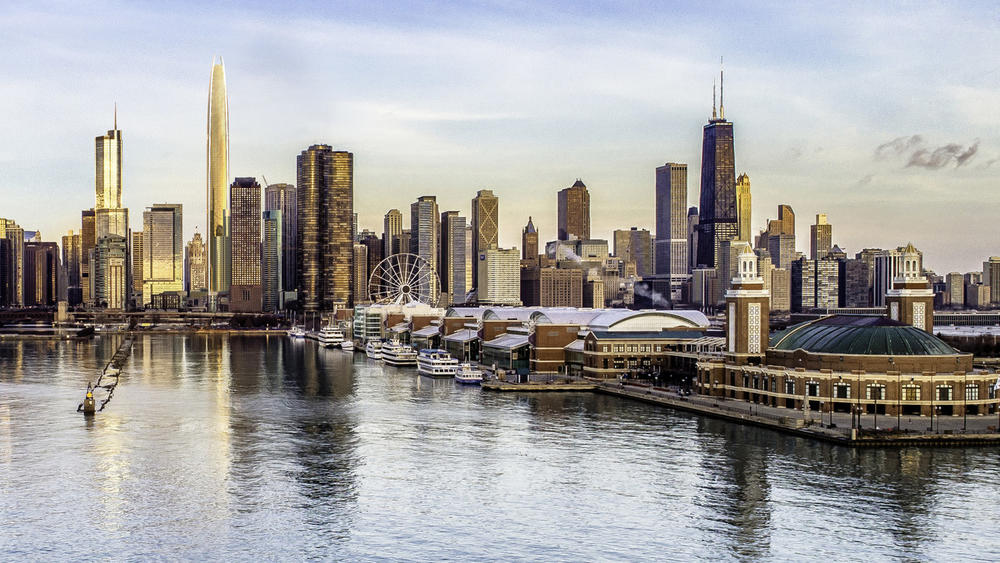 Super excited for this one! I live about four hours away from Chicago, and I’m really excited! This and the Vista tower are gonna really make this skyline even better