Bayonne planning board approves what will be the city's tallest building -...

The project, which is being undertaken by developer Lance Lucarelli, is slated to go up on a 1.9-acre empty lot at 26 North Street, which was formerly the site of Pagano's supermarket, Ryan said.

A new 22 story building has been approved for Bayonne! The first of its kind for the city and it will offer views of Manhattan, Brooklyn, verazanno bridge, and many amenities. Luxury rentals only a few miles from Manhattan and best of all it will be next door to the 8th street light rail station to Hoboken.

Hopefully it will start the trend of high rises in Bayonne. Some good news.

they settled on 2 towers. Sounds like they’re about ready to start.

[…]
The upcoming project at 26 North Street, between Avenue C and Kennedy Boulevard, is now slated to consist of two high-rise towers, each of which will be 22 stories tall. In an interview with Jersey Digs, David Greenman from Silbert Realty & Management stated that construction on this new development is expected to begin in the next 90 to 120 days.
The current plans call for each building to include 170 residential rental units, for a total of 340. The apartments are expected to mostly consist of one bedroom or two bedrooms, but some studios are possible. The ground floor will include 25,020 square feet of commercial space, which will likely be occupied in part with what Greenman describes as a regional “small footprint gourmet high-end grocery retailer.” In addition, another business such as a daycare center or a restaurant is expected to occupy 4,200 square feet. Four underground floors of parking with 725 spaces for shoppers and residents are also planned.
[…] 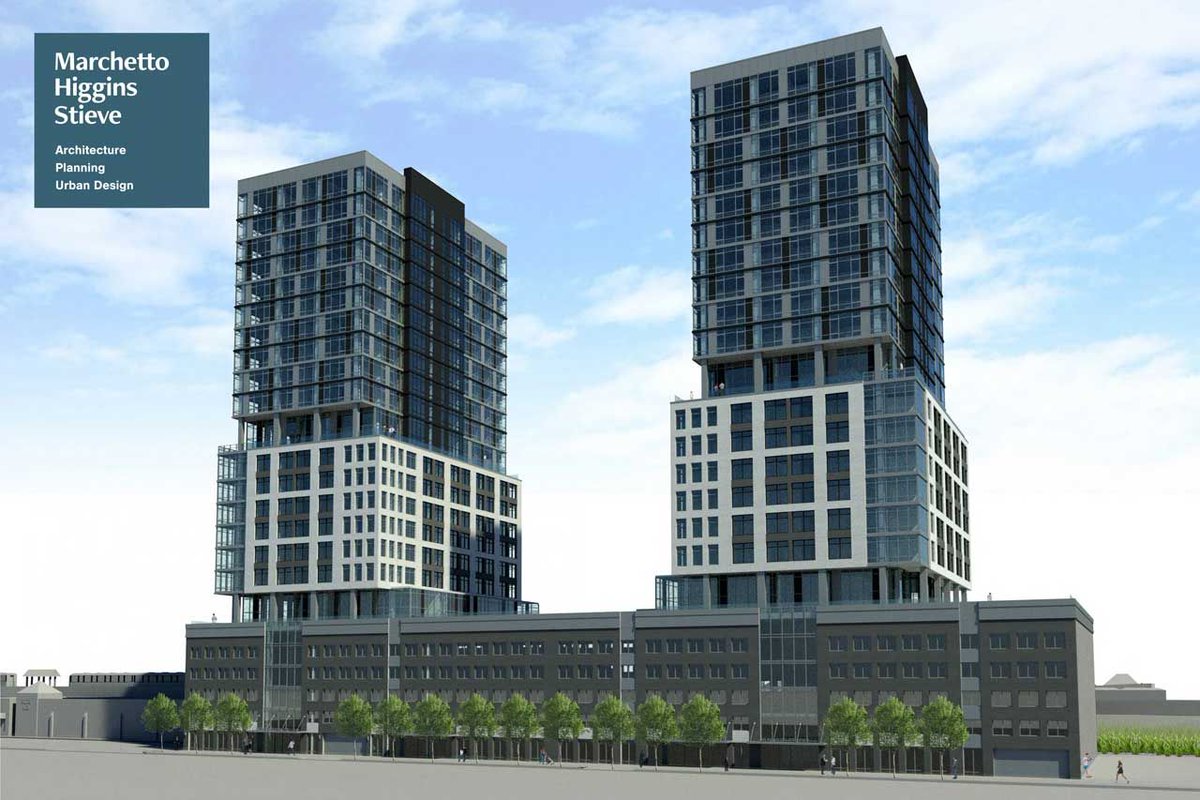