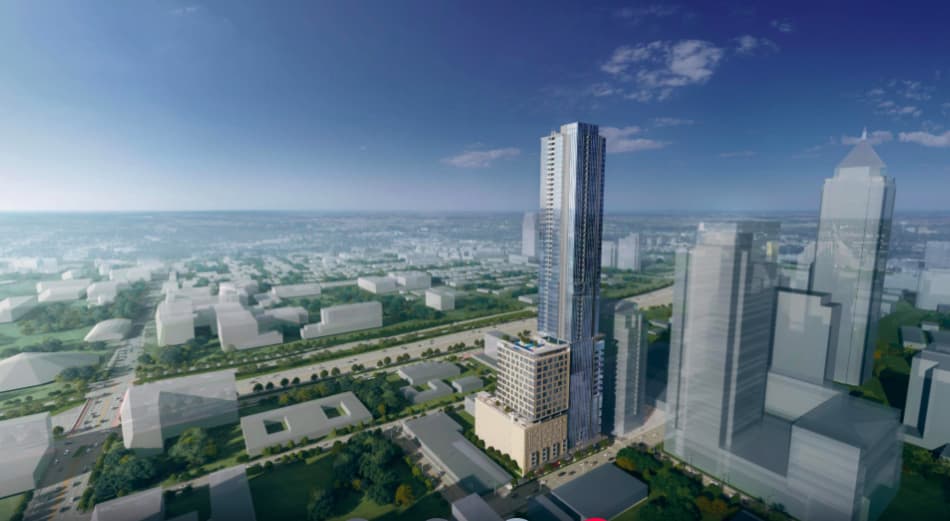 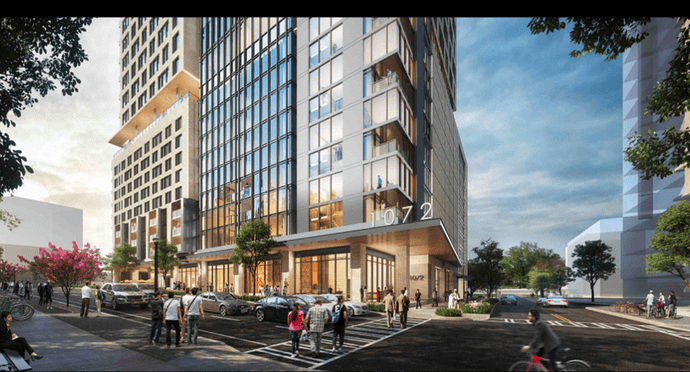 „ The building, as designed by architecture firms TVS Design and Brock Hudgins, would include 350 market-rate apartments and 212,000 square feet of offices.

At the base, roughly 6,600 square feet of retail is planned along West Peachtree Street. An eight-story parking deck with some 850 spaces would be fully screened with translucent glass, project leaders have said.

In terms of sheer stories, the building as proposed would tally the second-most in Atlanta, bested only by Westin Peachtree Plaza’s 73 stories. Atlanta’s second tallest building, SunTrust/Truist Plaza, has 60 stories.

Rockefeller Group’s venture is one of three new towers that entered (or re-entered) Midtown’s development pipeline late in 2021 within a few blocks of each other.

Collectively, the three projects would bring 117 stories of vertical development.“ 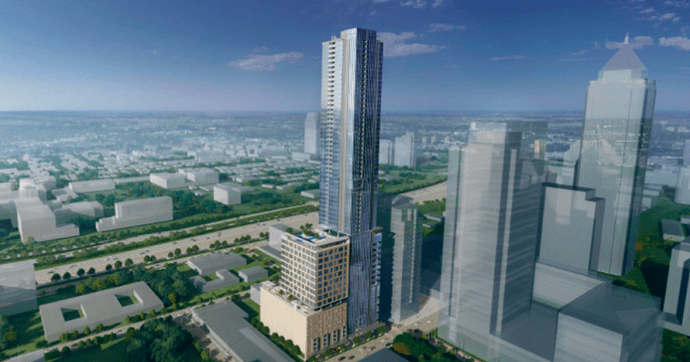 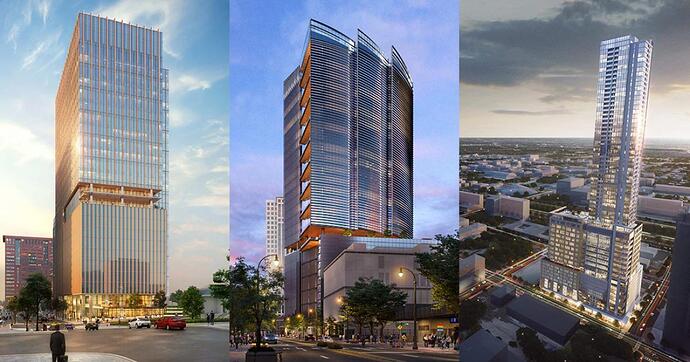 These buildings are totally lame. 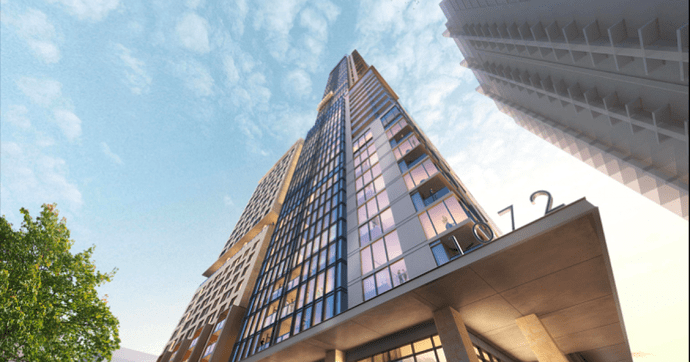