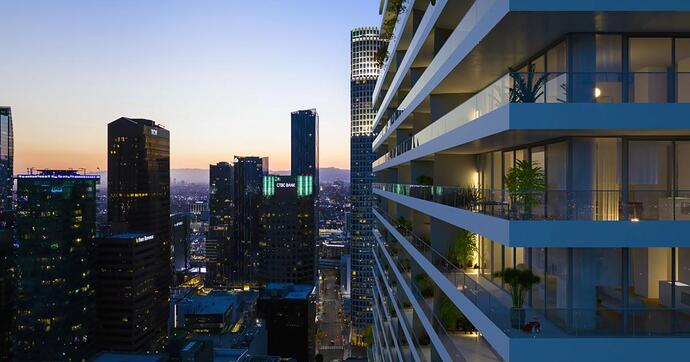 Completion is set to occur in 2025

The project, first submitted to the Planning Department in 2017, had called for the construction of a 40-story tower on a property on the north side of 8th Street between Hope Street and Grand Avenue, featuring a minimum of 547 dwellings above roughly 7,500 square feet of ground-floor commercial space and parking for nearly 600 vehicles.

Updated plans submitted earlier this year to the City of Los Angeles now call for the construction of a taller 50-story tower containing a 580 studio, one, two-, and three-bedroom dwellings with 7,500 square feet of street-fronting retail space. Parking for 636 vehicles would be provided on eight above-grade levels and three subsurface levels.

Designed by Gensler, the approximately 592-foot-tall tower would feature cascading terrace decks stepping back from Hope Street, each of which would be used as an amenity deck for residents. While parking would sit above grade facing Hope Street, residences would line the full Grand Avenue side of the building. Proposed finishes include glass, concrete, aluminum, and stone.

Per the environmental impact report, construction of the 8th, Grand, and Hope tower is anticipated to occur over a roughly 36-month period concluding in 2025.

MFA, a subsidiary of the Japanese conglomerate Mitsui Fudosan, has been a landowner in Downtown Los Angeles since the 1980s, but only recently began developing its holdings. The company is already in the midst of construction two blocks west at 8th and Figueroa Street, where a 42-story apartment building has replaced a surface parking lot.

From the linked article above: 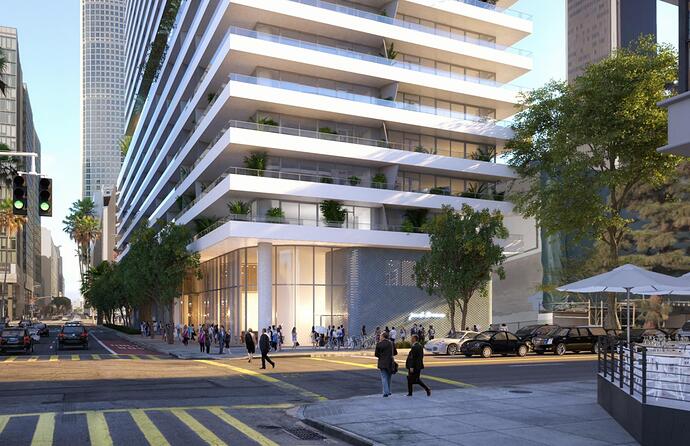 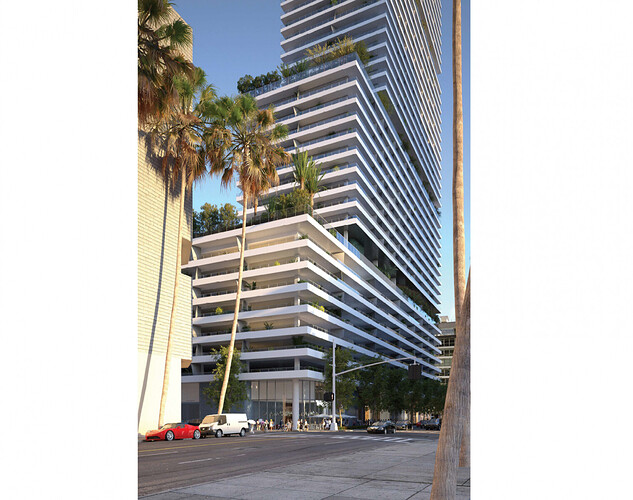 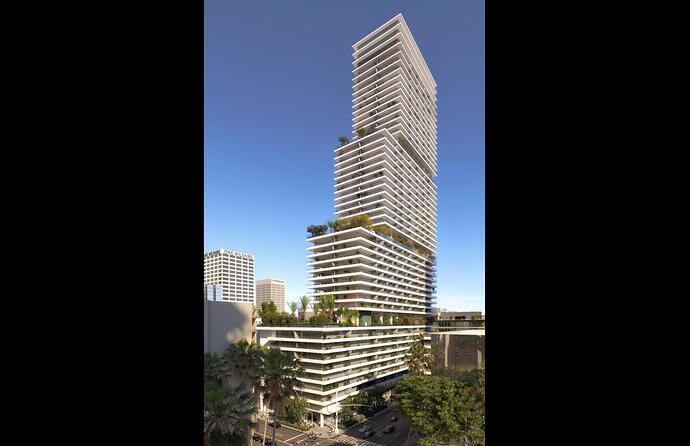 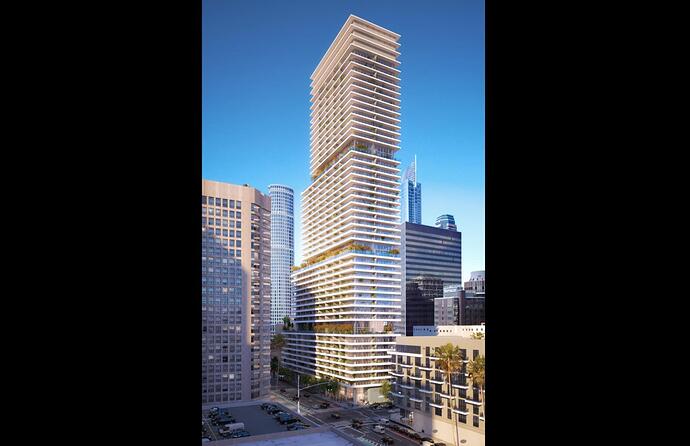 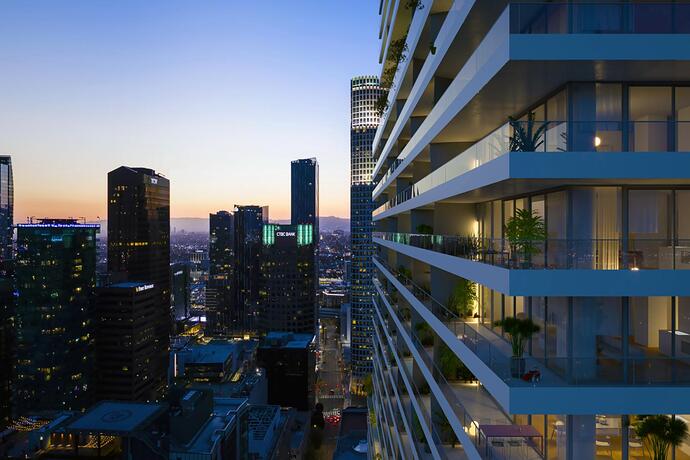 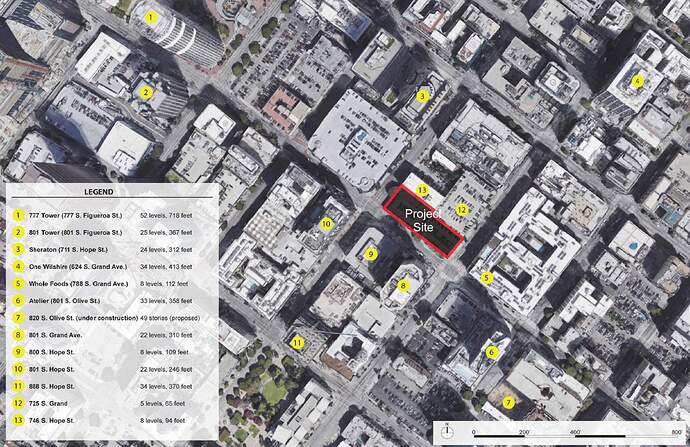 Good it’s gonna be done in 2025. I hope LA completes a ton of projects by the olympics

Yup. There is another large one going up that should be done just in time for the Olympics, “Angels Landing”. Lots of big stuff to be completed as well. Several subway lines, 2 arenas, general development around those arenas, etc.